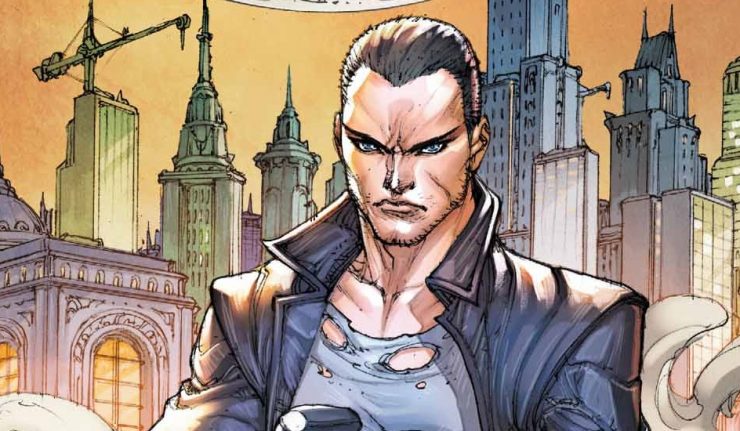 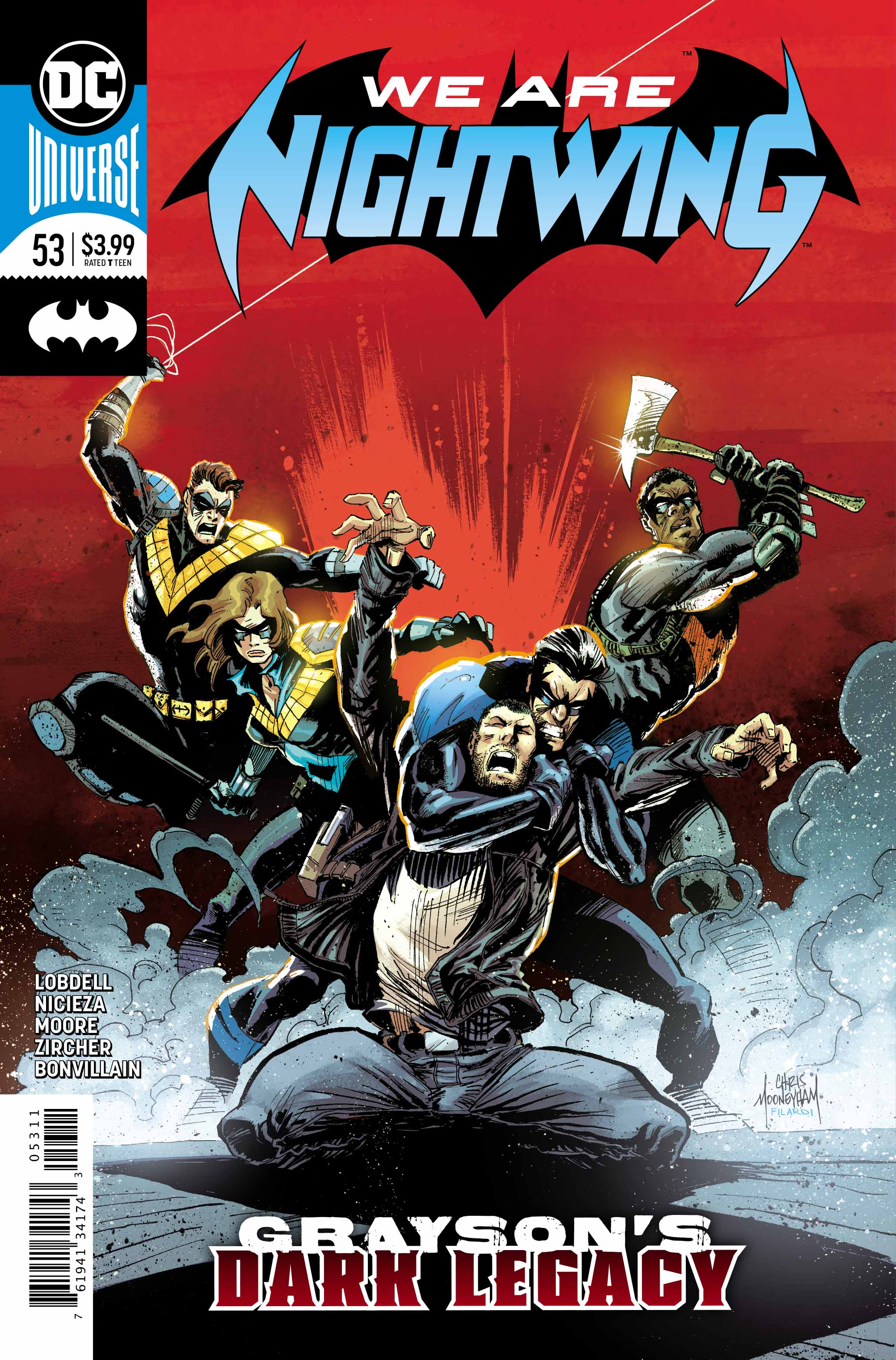 The slow build of the plot threads in Nightwing are drawing to their conclusion, as the pace of the story is definitely picking up. Ric Grayson, still suffering from a loss of identity and memory, can’t help but get himself into trouble. A friend of his gets kidnapped by a gang and Ric goes to save him.

There is however, a complication with the rescue mission when Nightwing drops in!

I’m really enjoying the artwork in Nightwing at the moment. It’s giving me a very 90s vibe, along with a gritty cop movie vibe and I think it’s perfect for the environment of Bludhaven. 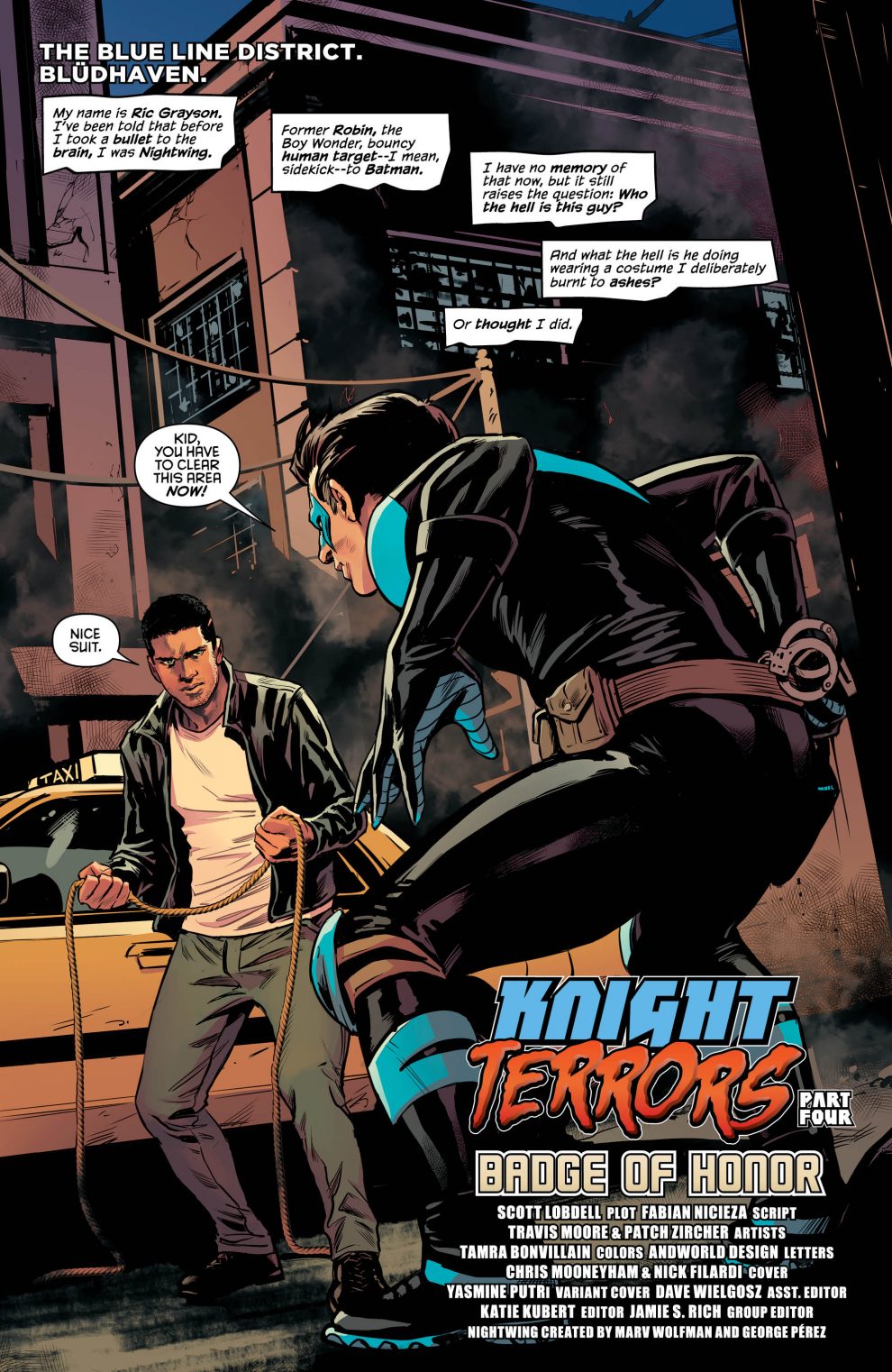 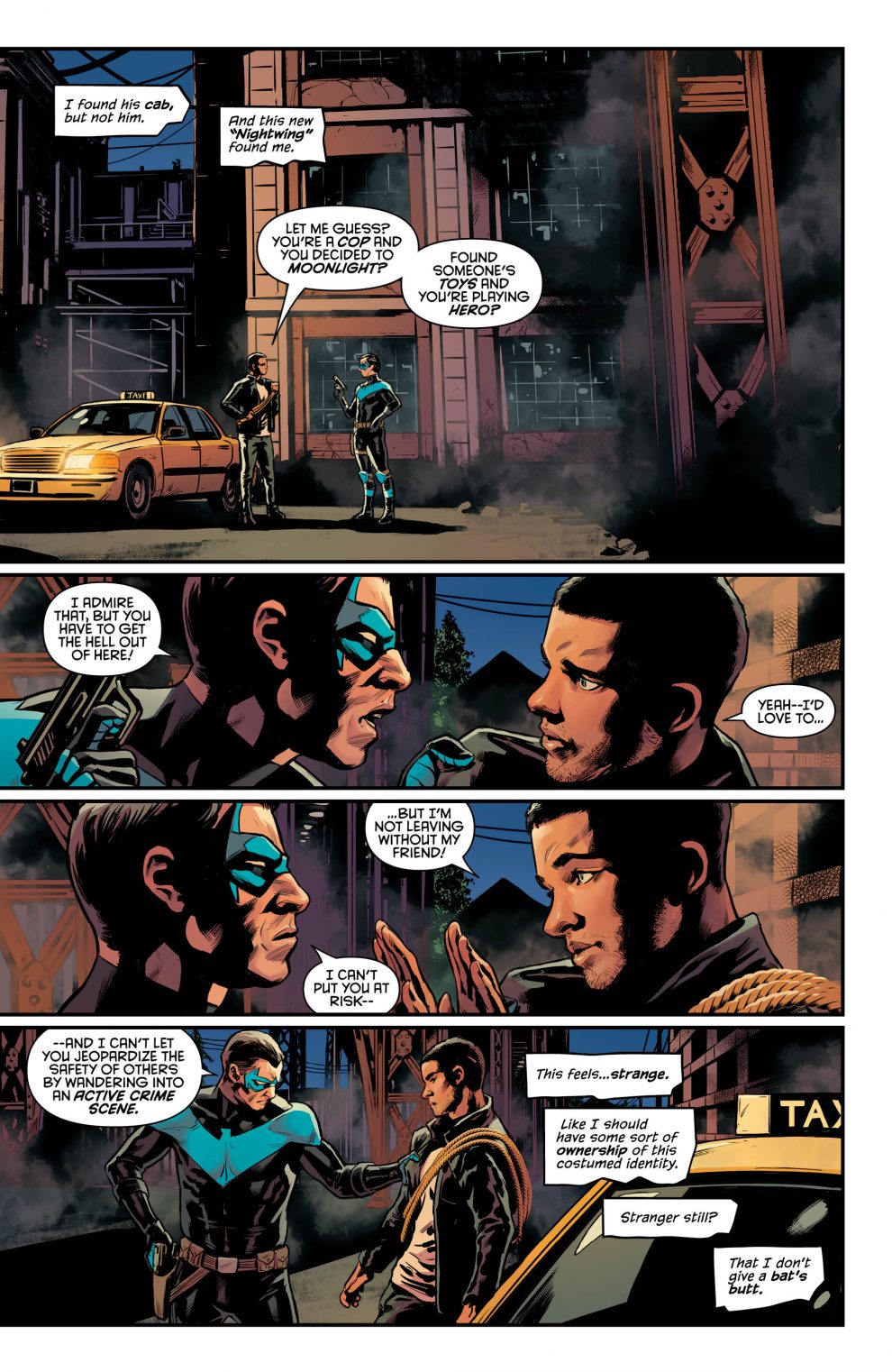 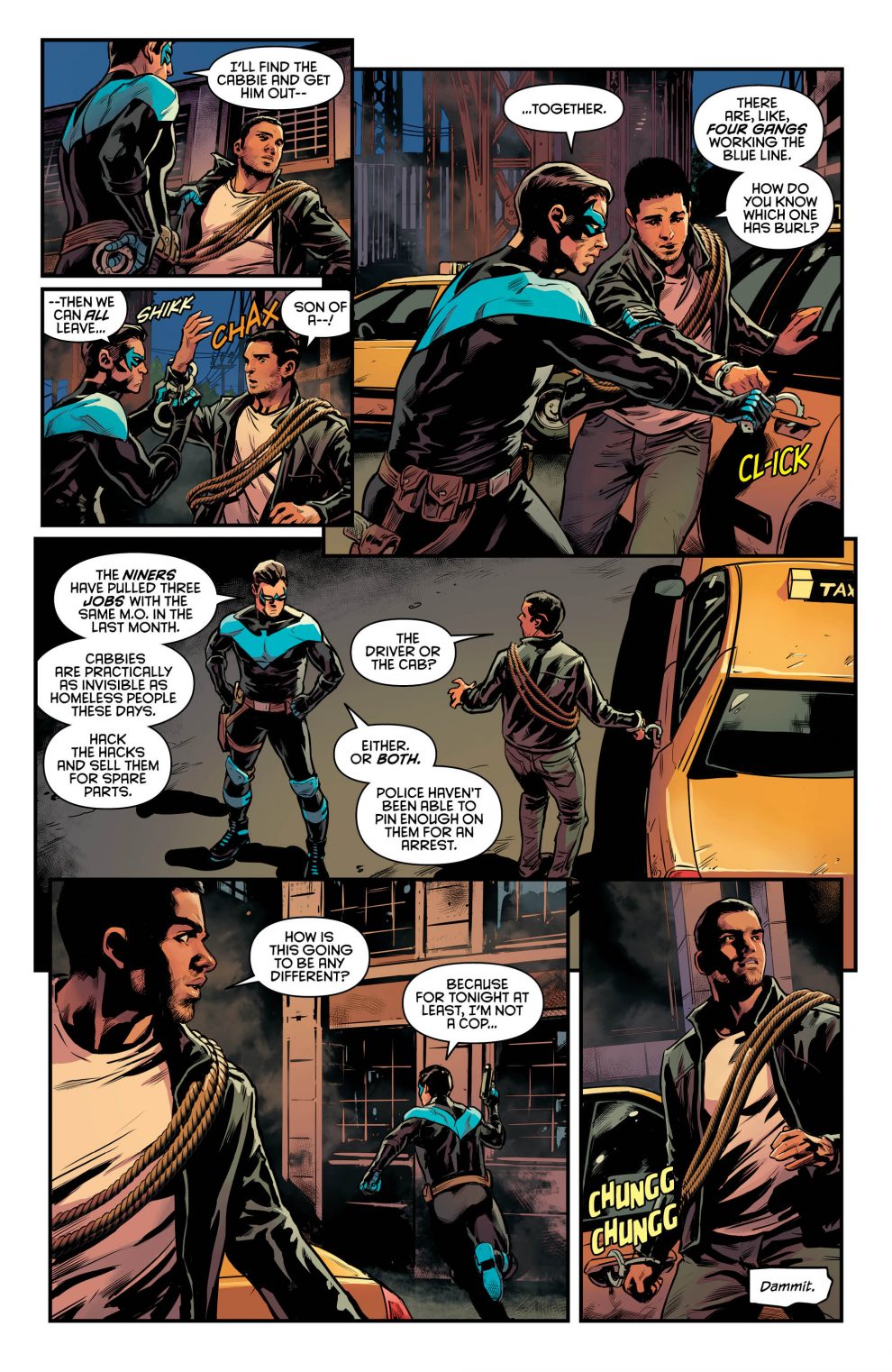 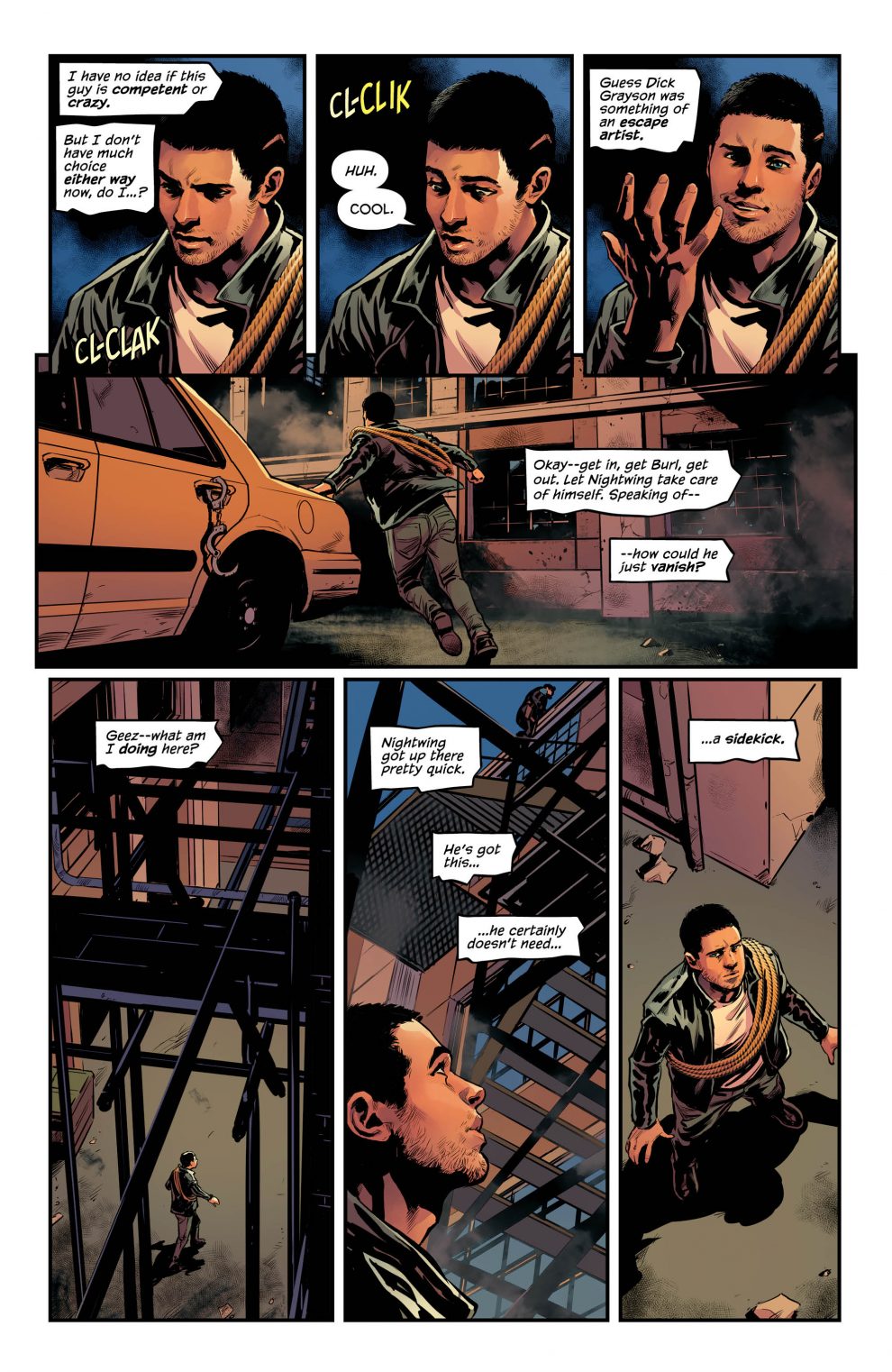 The writing in this title continues to impress. Things are certainly heating up for Ric Grayson; he’s finally getting used to the new man he’s becoming, and living the life he wants to live. Although he obviously still wrestles with what his old identity meant, Ric is starting to make it as his own man.

Living the life of a regular Ric while someone else runs around donning the Nightwing mantle has certainly taken a weight off his shoulders. I’m looking forward to seeing where the story is taken over the next few issues, and what the future holds for Ric Grayson.

Overall, yet another solid issue since the incident. While I understand the fan’s frustrations, I personally am incredibly interested in the direction this comic is taking. 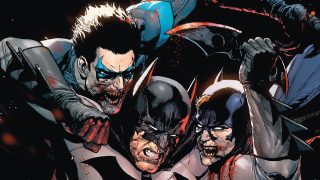