“Just Another Day On The Brink of Extinction.” 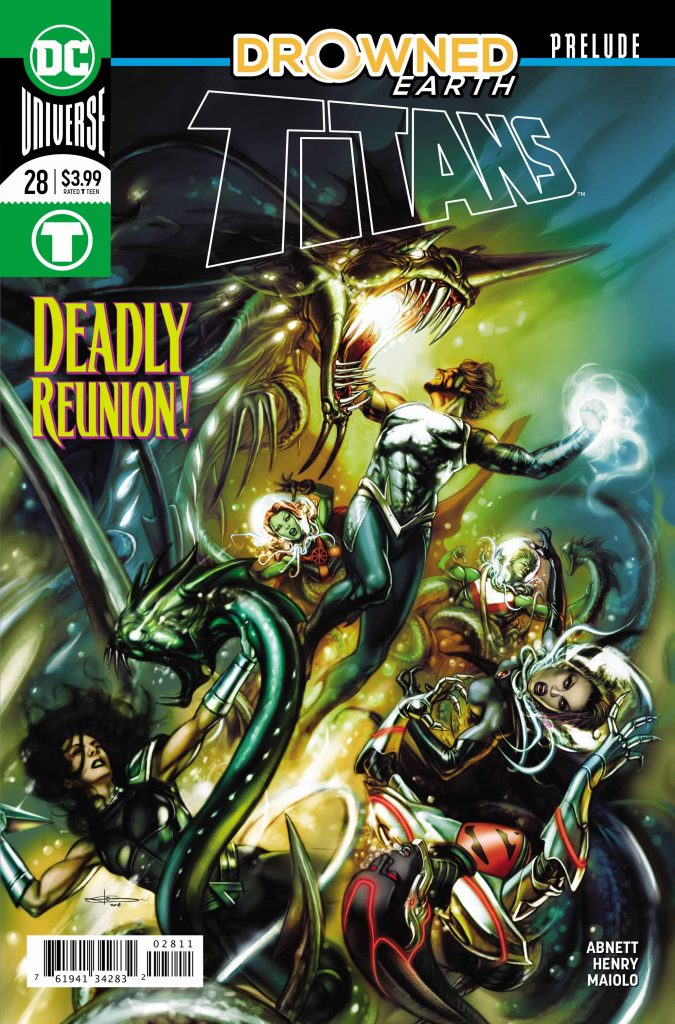 Dan Abnett and the Titans creative team bring “Drowned Earth” storyline crashing into the pages of Titans #28. Interestingly, the editor indicated this story comes in on the heels of Justice League #10 and continues in Justice League/Aquaman: Drowned Earth #1.

Donna Troy narrated the issue, which provided good perspective as she’s one who has endured more than her fair share of tragedy. Within this chapter, conflict emerged early as Earth endured an alien invasion. Consequently, the seas began to rise and mutated some humans into a race of fish-like creatures.

Miss Martian was teleported away from the team at Batman’s request. Miss Martian’s disappearance from the action raised intriguing questions about her role in the League and what, if anything, Batman had to do with her placement with the Titans. She returned later in the issue, but readers were left to wonder what happened while she was away, and how would it impact future storylines?

As usual, Beast Boy provided much of the comic relief. Referring to a newly-returned Tempest as “Fish Boy” and engaging the adventures like a “Pirate” added gags along the way. 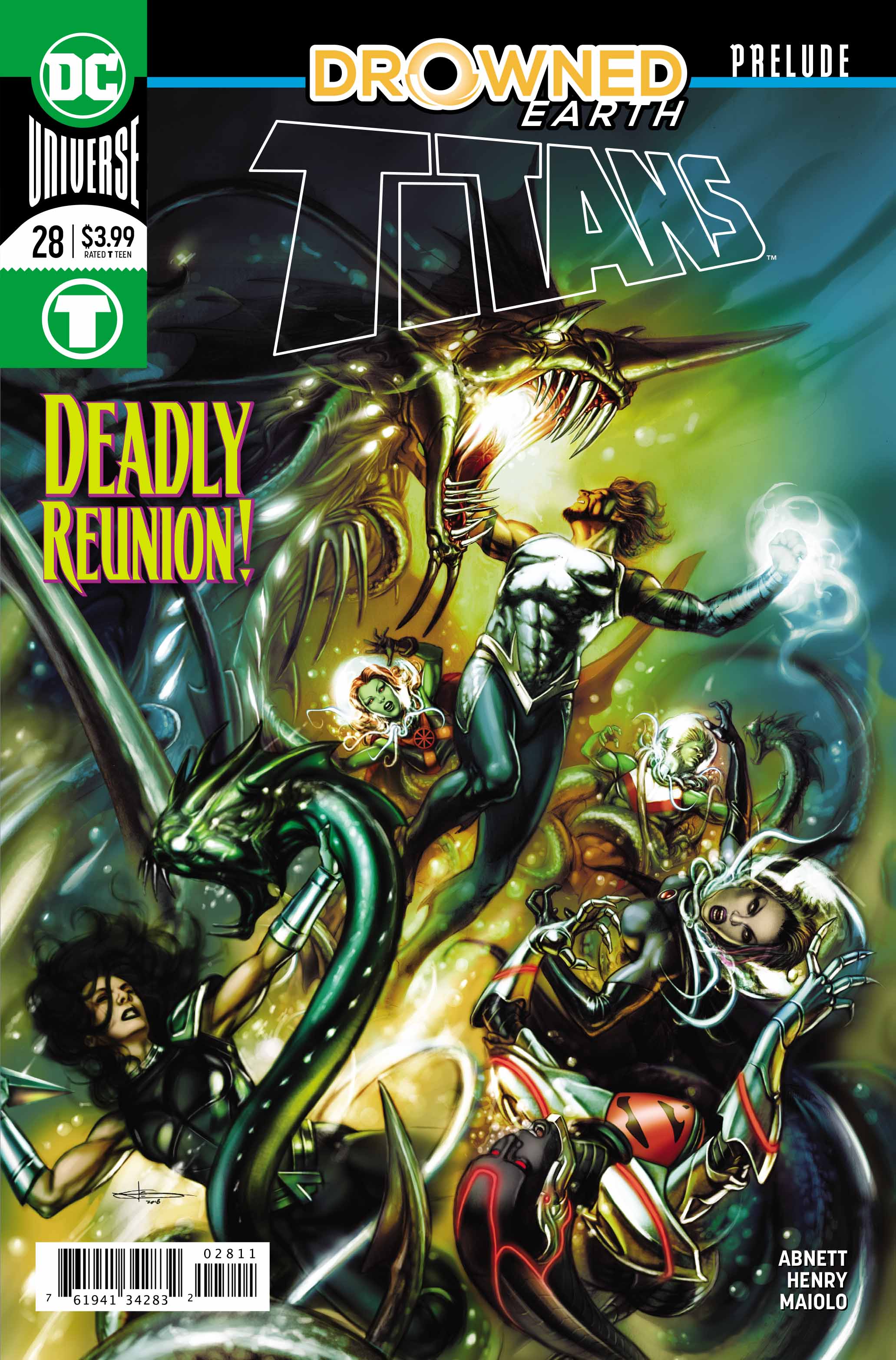 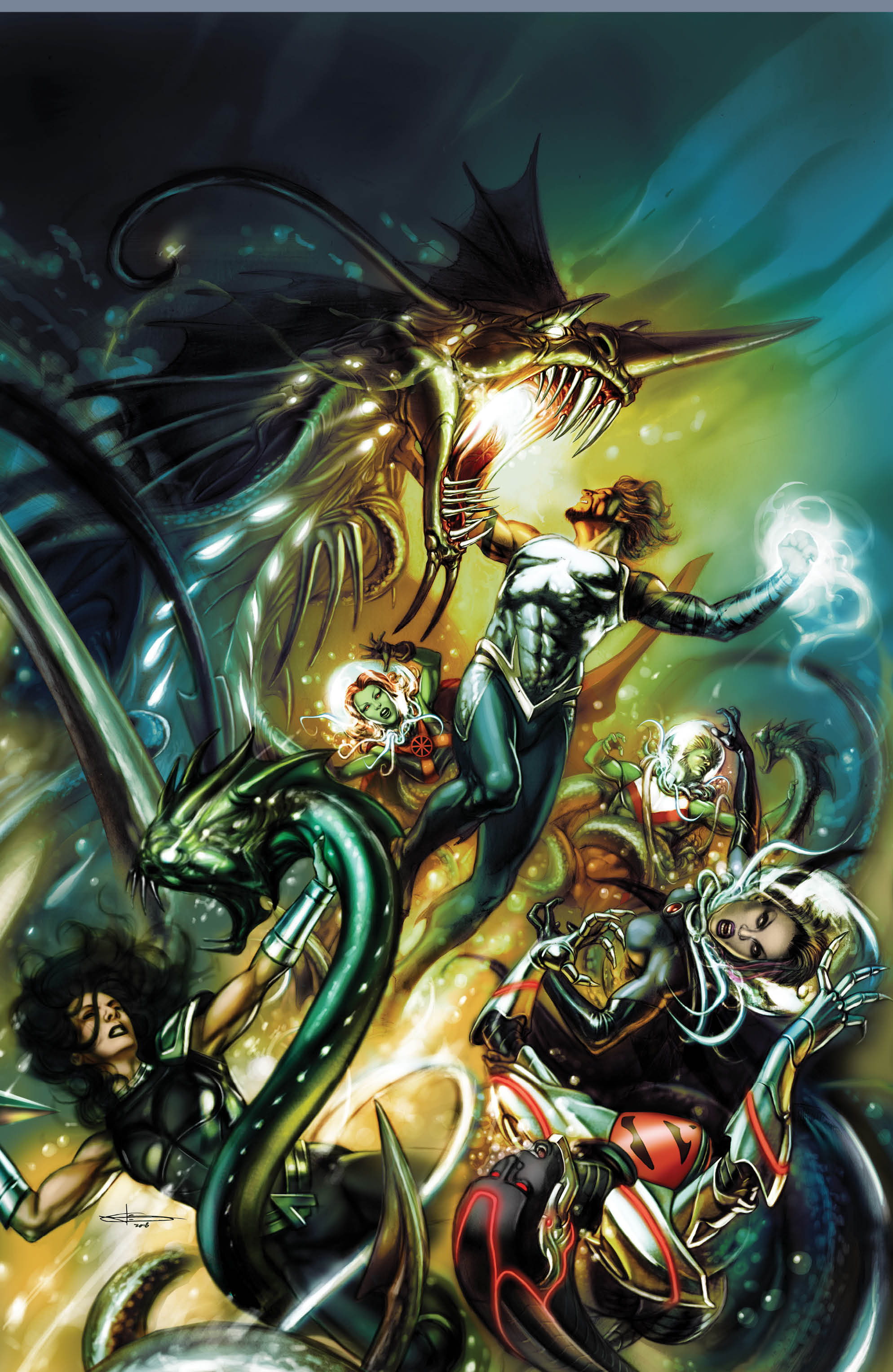 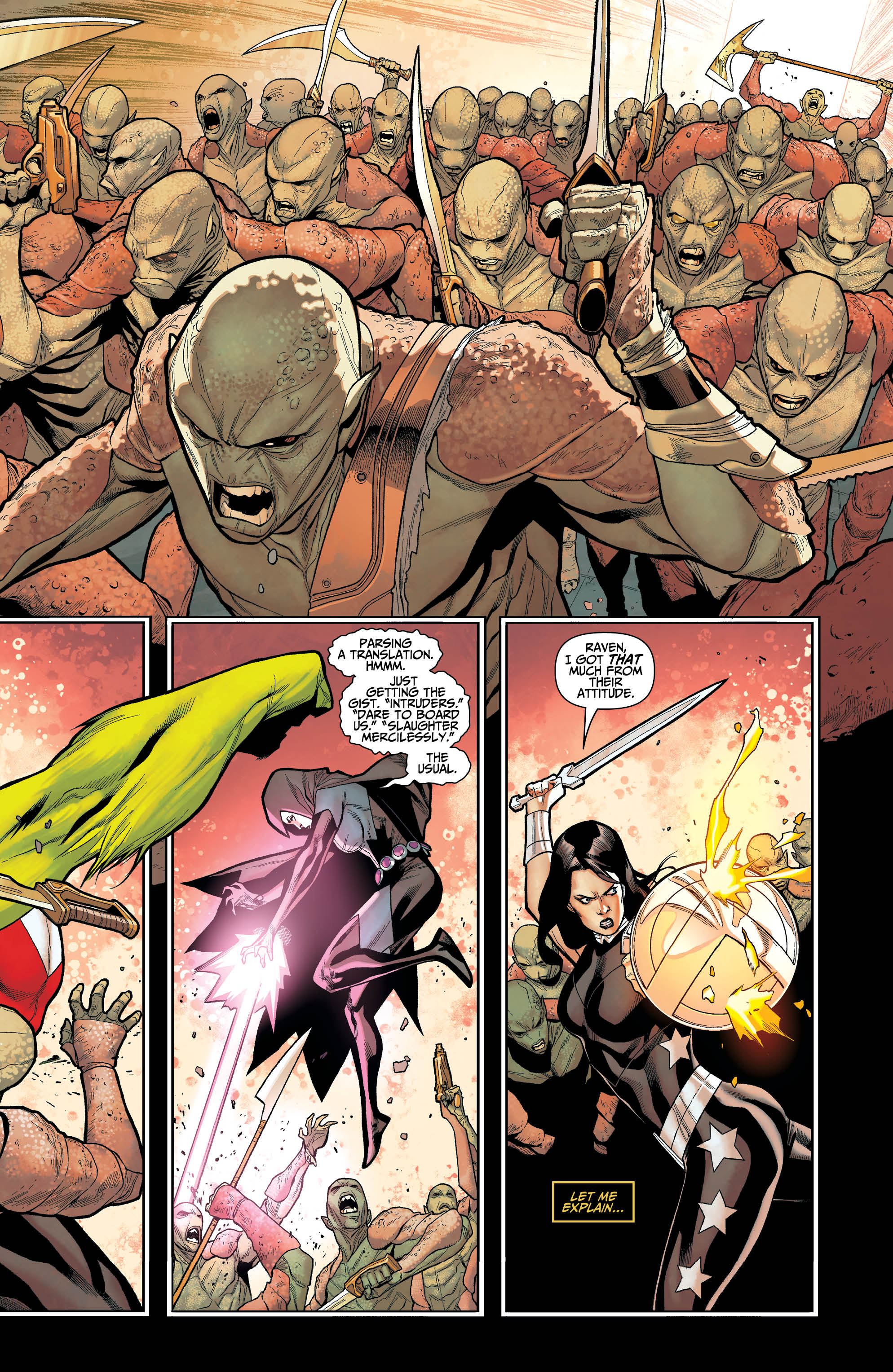 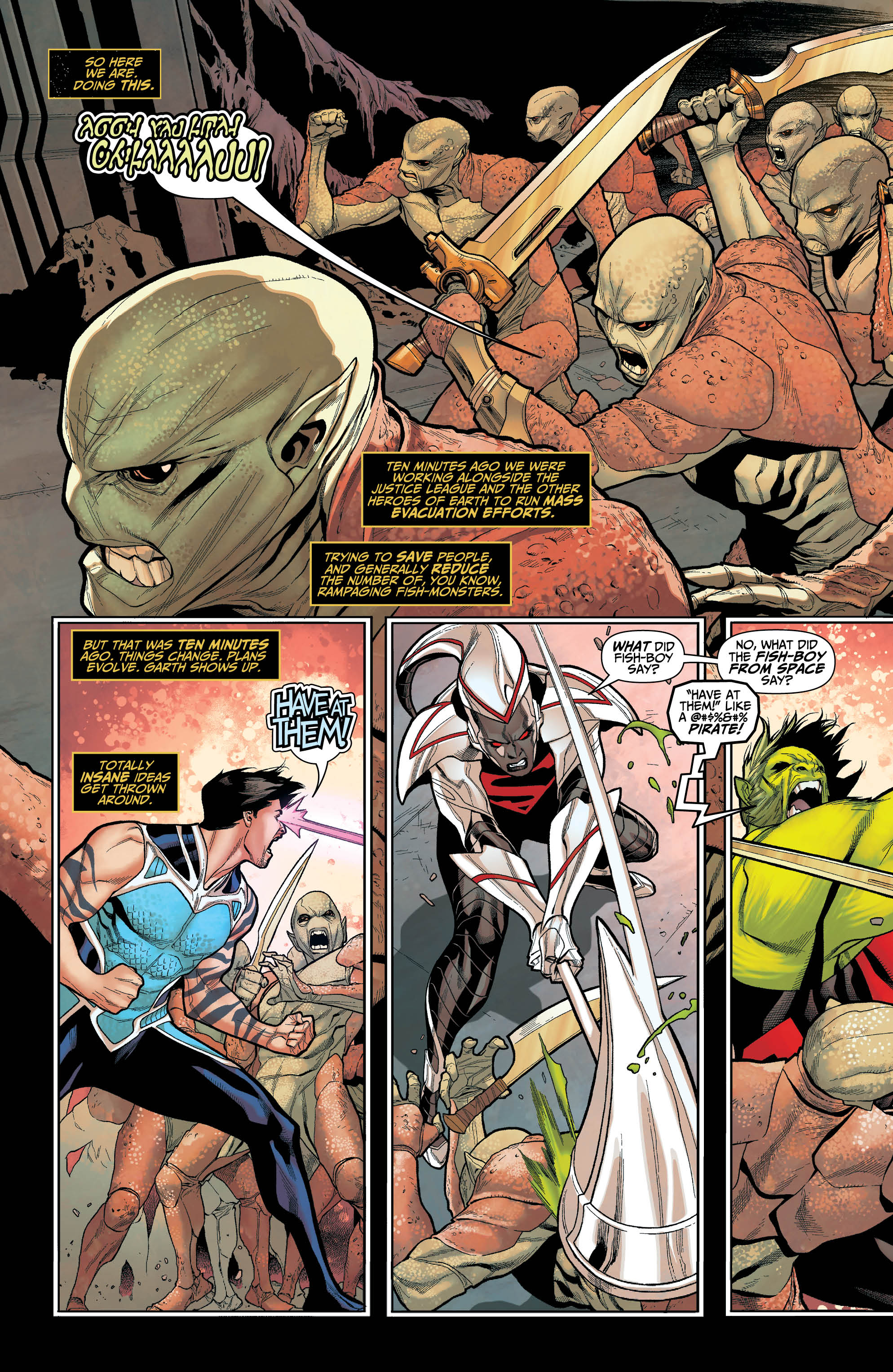 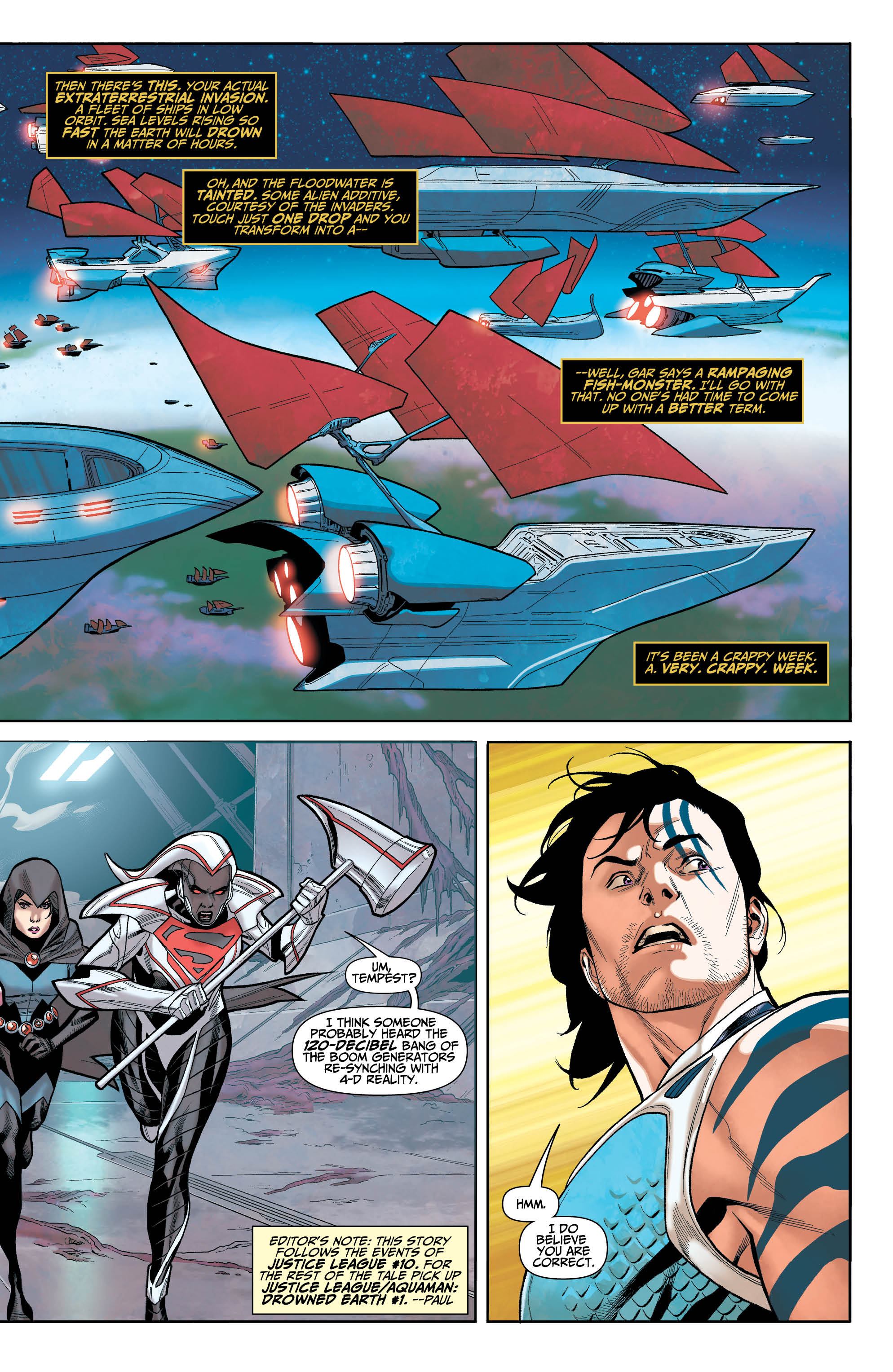 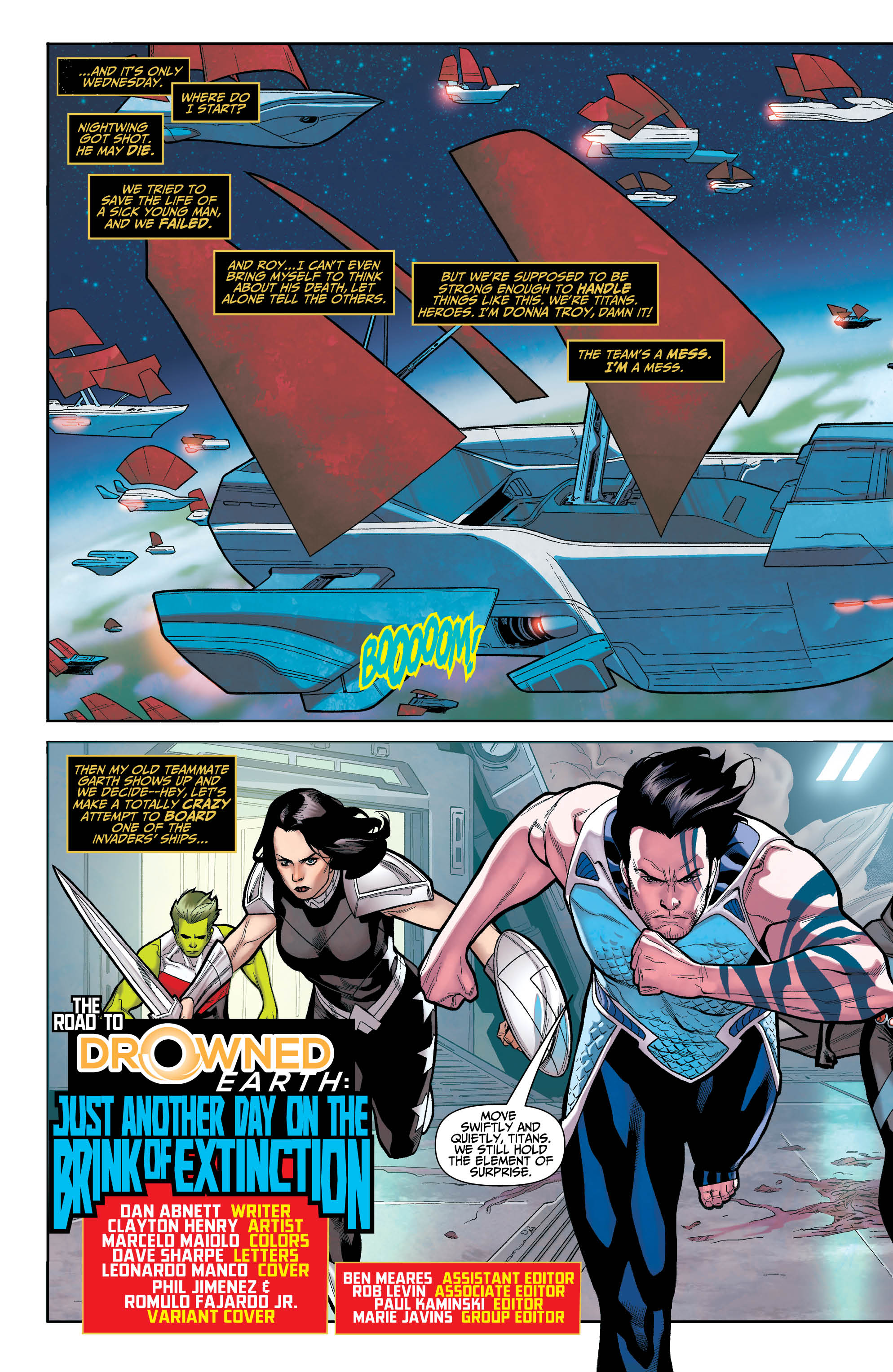 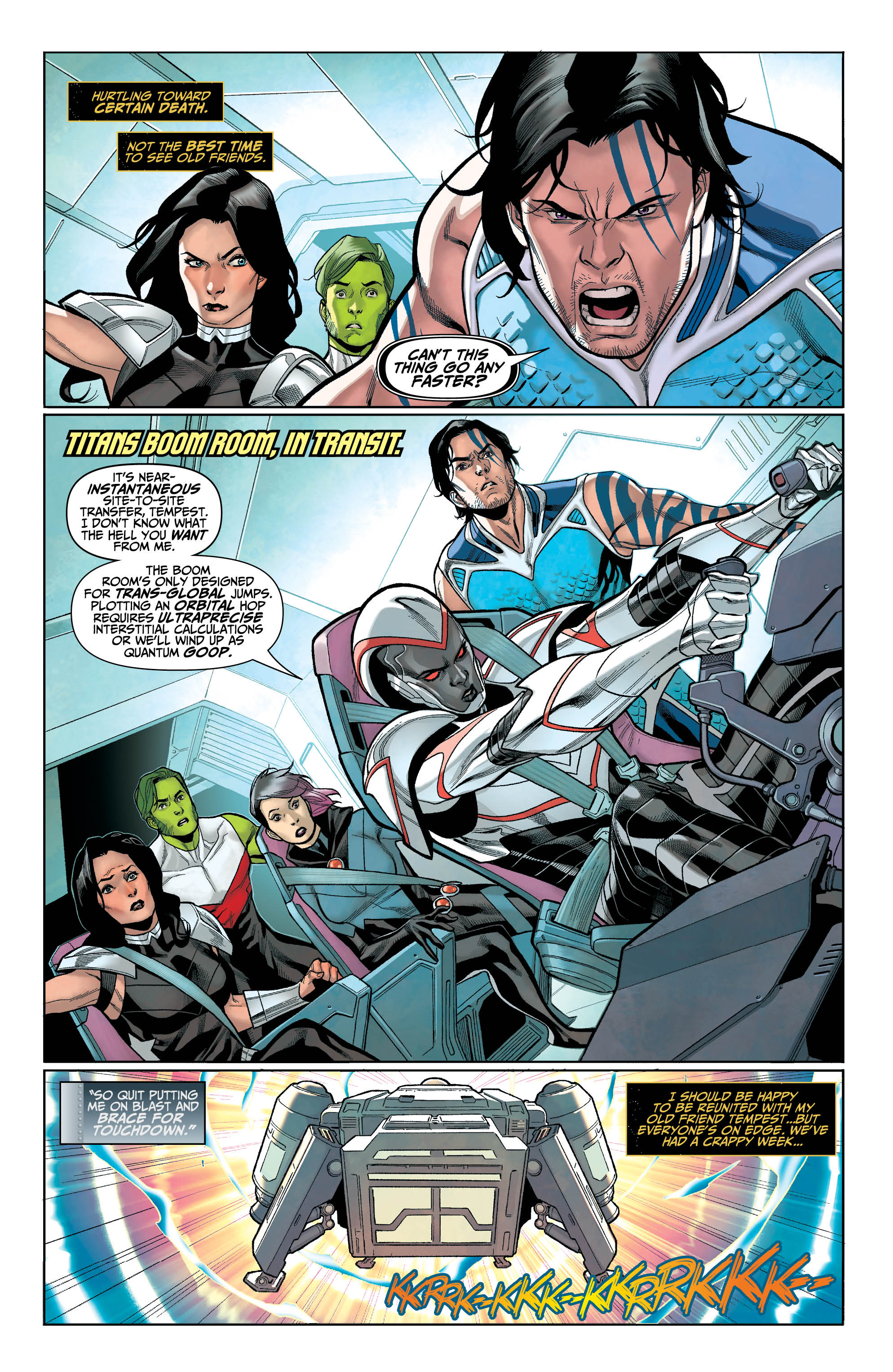 Shockingly, a cosmic god-like being, Drogue, threw the Titans around like rag dolls. Tempest’s magic was the only thing that seemed to work against this foe. As a result, the Titans raced away from certain death through a boom room but had no idea where they’d end up. Finally, the issue ends on a cliffhanger and promised a “Marooned” team in the next issue.

Artistically, I enjoyed Clayton Henry’s touches. The issue was aesthetically pleasing with thin, fine lines and action galore. The colors blended and burst appropriately within well-rendered panels. The lettering was appealing and helped the story communicate through its prose and sound effects. Good work all around here.

Titans #28 is an in-between issue. Here, Abnett successfully gets Titans readers up-to-speed with some of the events of “Drowned Earth” while advancing the existing team dynamic and story. While I dislike most cross-overs this one felt important in the scheme of the Titans moving forward. Still, Donna is left with unresolved emotional baggage and the team still doesn’t know about Roy or Dick. I’m looking forward to seeing the team wrestle with the tragedy, with its potential to build or bust.