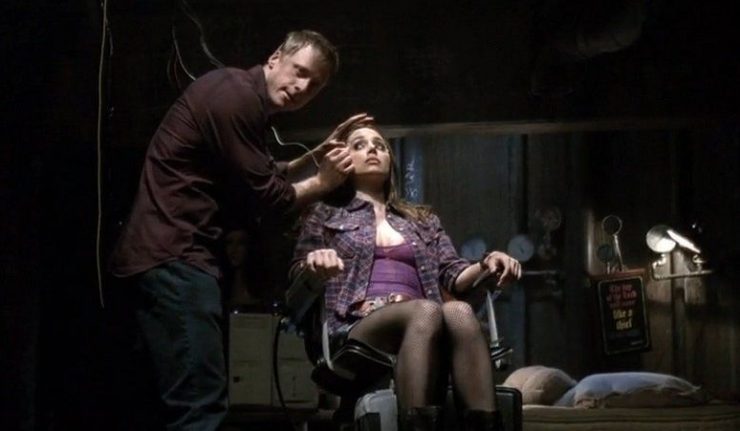 Alan Tudyk as Joker? Wash, Alpha, Alistair Krei? Bring it on! Readers, I do not believe I have ever been as excited as I am to see Diedrich Bader hinting this.

Diedrich, who has been cast as Batman in the upcoming Harley Quinn animated series, has made hints that he knows who is playing the iconic Joker.

In his recent interview with The Mutuals Interview, Diedrich makes a comment about working with Tudyk when referencing the Harley Quinn project.

Alan Tudyk… is Joker and is hilarious. I just did a session with him a while ago and he was very funny as Joker.

Bader speaks, and the hopes of fans go up.

The full voice cast for the show has not yet been released; only Kaley Cuoco as Harley Quinn, Lake Bell as Poison Ivy, Rahul Kohli as Scarecrow and Diedrich Bader as Batman have been announced. This leaves quite a number of roles open and Diedrich is hinting that Alan Tudyk is the Clown Prince Of Crime that may be gracing this series.

In years gone by, probably the most notable Joker has been voiced by Mark Hamill. Hamill became to fans what Kevin Conroy is for Batman. Little earworms that were there when you read the comics. I know I heard their voices anytime the word bubbles appeared.

Basically coming into a role like this is a huge undertaking, but, if there is one thing that Alan Tudyk has proven over his career is that he’s always up for the challenge. That was proven to me personally when I saw him play Alpha on Joss Whedon’s Dollhouse. Not only the TV series, but the continued comics as well. He was maniacal and funny, terrifying, yet someone you had pity for.

While there is currently no storyline known for the Harley Quinn show, I truly am biting my nails to see this part confirmed. The cast is already astounding, so seeing Tudyk as Joker would sincerely be the icing on the cake.

What do you think, readers? Are you excited at the prospect of Alan Tudyk voicing the Joker? Let us know in the comments.