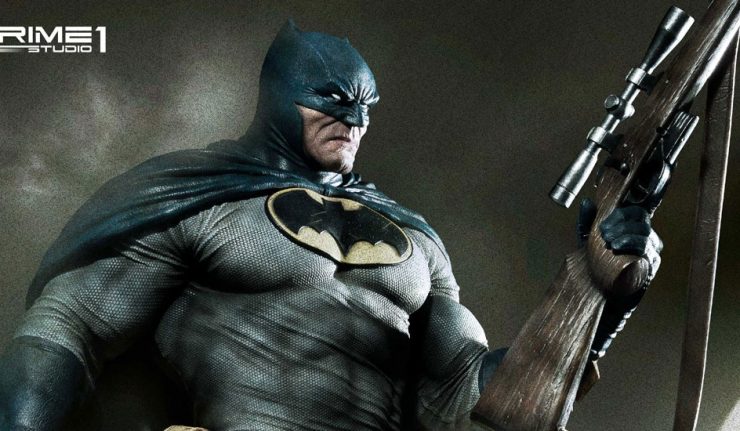 Many fans still rate The Dark Knight Returns as Frank Miller’s greatest Batman story. We all know the tale of an ageing Batman, shutting himself away. The sudden spark of hope he brings, returning to a dystopian and ravaged Gotham. The confrontation with a devious Two-Face, an aged Joker, and a Superman more servant than savior. One of the most iconic parts, is this older, hulking Batman. The shorter ears but much bulkier frame than previously seen is something Sideshow Toys have masterfully recreated.

Sideshow have teamed up with Prime Studio 1 to deliver a masterpiece. This vision of a Dark Knight Returns Batman is the most sincere and perfect piece I’ve seen. The suit, for the first time I’ve ever really seen on a statue, looks like cloth. The creases and bends really sell the illusion of being made of cloth, with flesh underneath. The expressions (yes, plural, I’ll get to that) on his face really warp the cowl. They decided to have him standing, looking fully heroic on a gargoyle, gazing down upon the city. 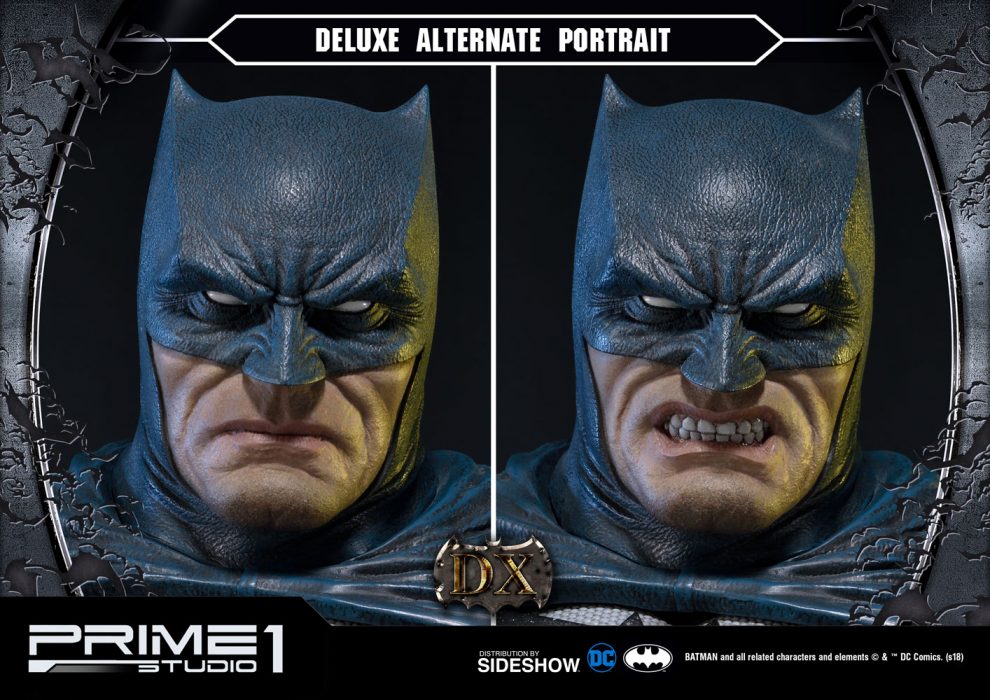 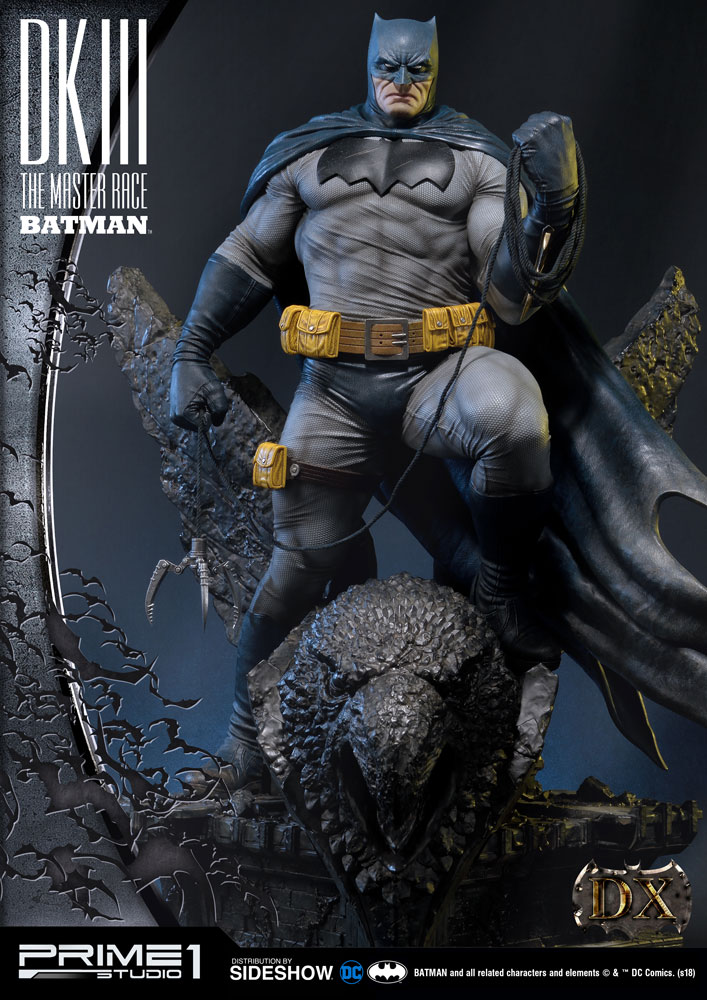 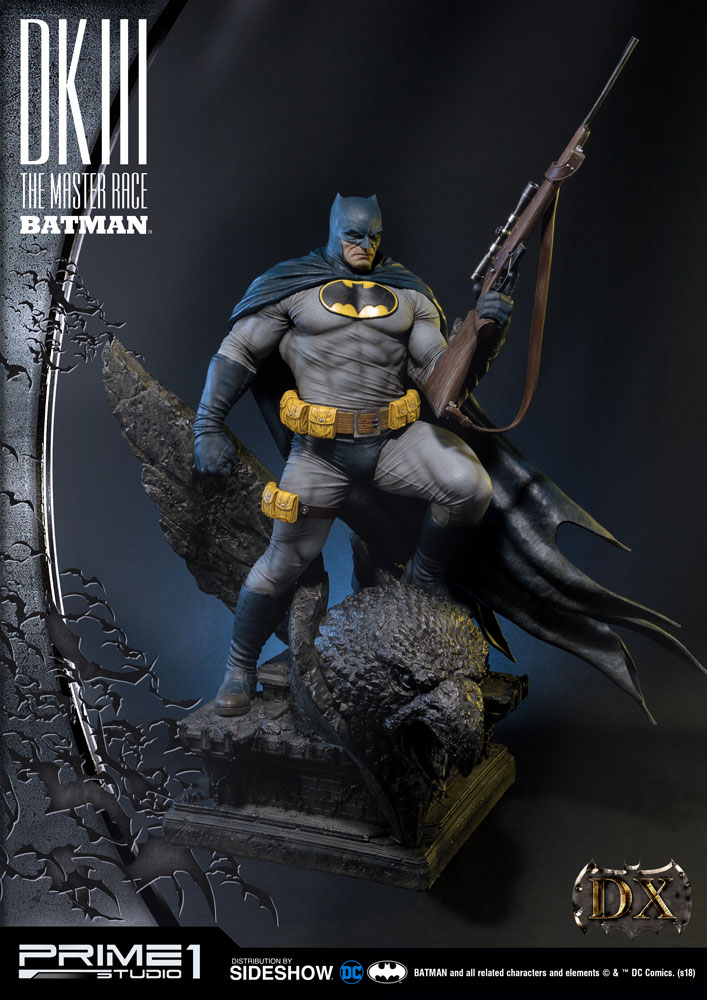 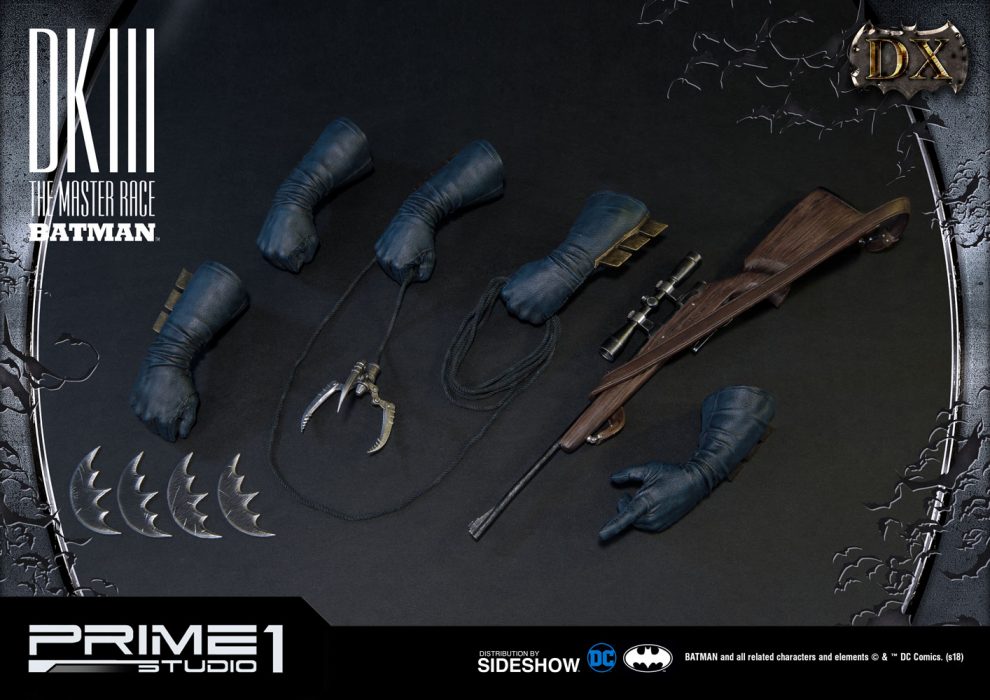 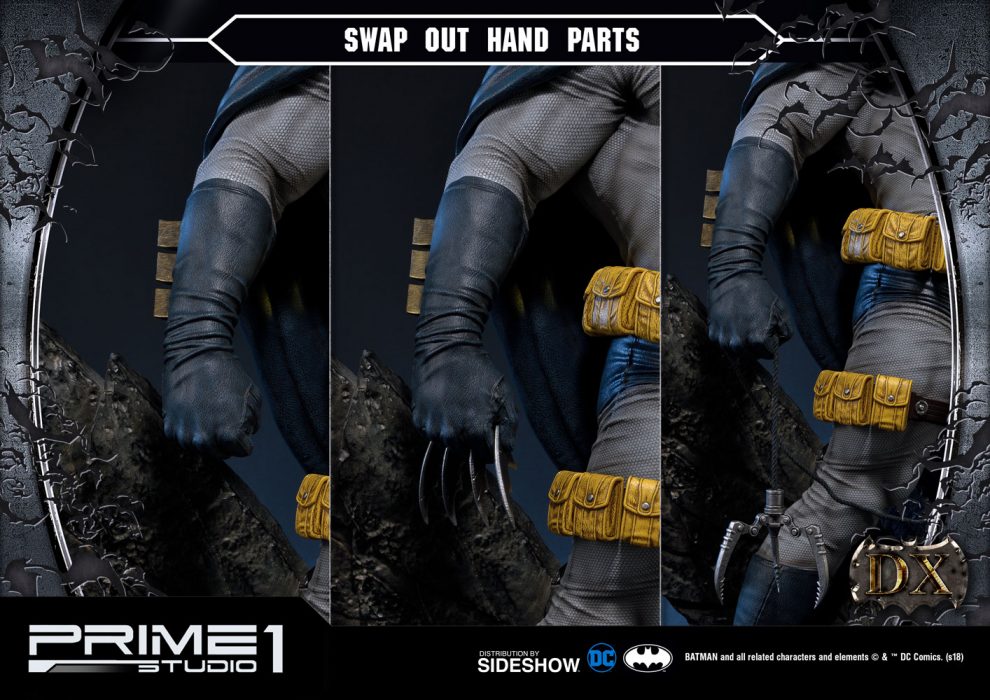 The artists at Sideshow know how to make their pieces open to customization. A lot of this Batman piece can be tweaked to how you like it. With three interchangeable faces, Batman can be calm, sneering, or fully enraged. His hands can be either a combination of him holding the rifle he uses as a grapnel with a fist, or a grip of Batarangs. Or you can have him holding a coil of rope with a climbing hook. The most interesting interchangeable piece is the symbol on his chest. Being able to turn it from the yellow oval to a scuffed, wide Bat is a really nice detail you wouldn’t expect with other Batman art pieces.

There might be a wait to get your hands on this one, as Sideshow say it won’t ship until early 2020, but it’s one to watch out for and well worth the wait. 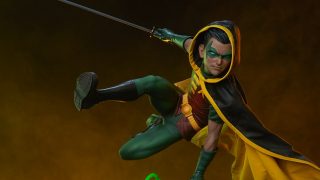