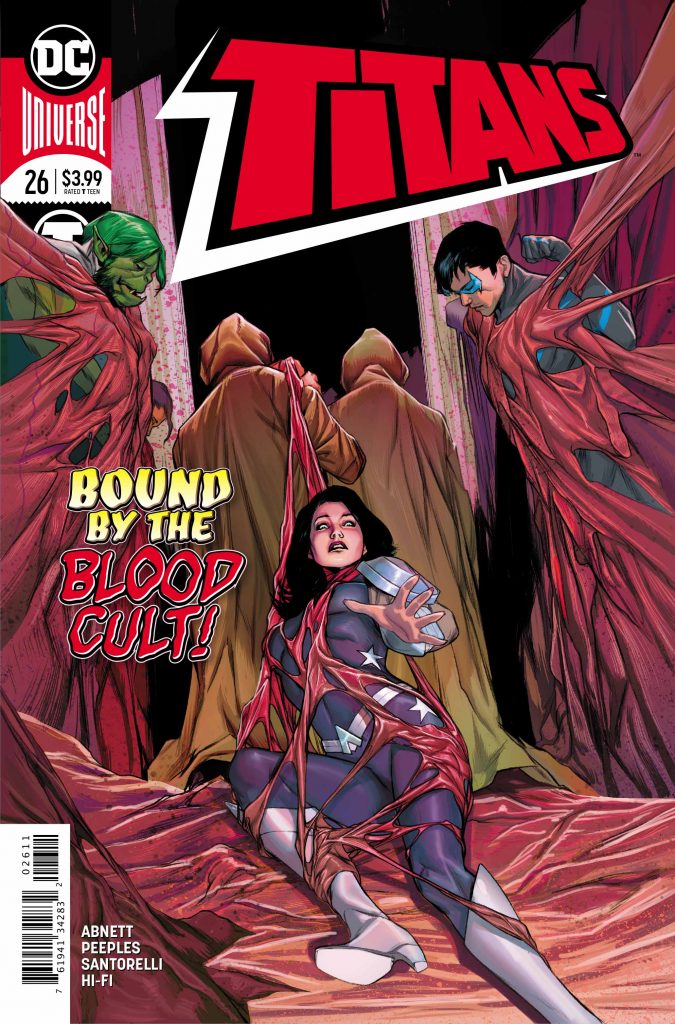 Another Titans issue, another emergent event. But, this time the heroes have the upper hand – at least temporarily! In Titans #26, Dan Abnett created new tensions both from inside and outside the team making this a linchpin issue in his ongoing story.

While the Titans face another emergent threat, this time the Titans have Ben Rubel, a civilian with working knowledge of source energy tech. As a result, they hold the upper-hand for a time. I enjoyed the banter between Ben and Steel. Together, the two managed to construct a device that neutralized the energy of an emergent event. By collecting its energy, the geniuses devised a way to de-escalate an event as it develops. After collecting energy, the team reversed course and unleashed its power as a weapon. As a result, they eliminated the Blood Cult monsters and saved their teammates from further harm.

Readers learned of secrets carried by Miss Martian, and only Ben knows the truth! Because of this he quickly became the center of multiple plot twists. He connected personally and professionally with Steel and kept M’gann’s potentially dangerous secret from the rest of the Titans.

Beast Boy is injured and taken out of action fairly quickly. Surprisingly, Donna appeared in but a few panels. However, they depicted her drinking. Perhaps the panels were of little consequence? However, it could also subtly indicate Donna’s going the way of her former flame, Arsenal/Roy Harper? It left me wondering what might be in store next for a “Damaged” Donna. 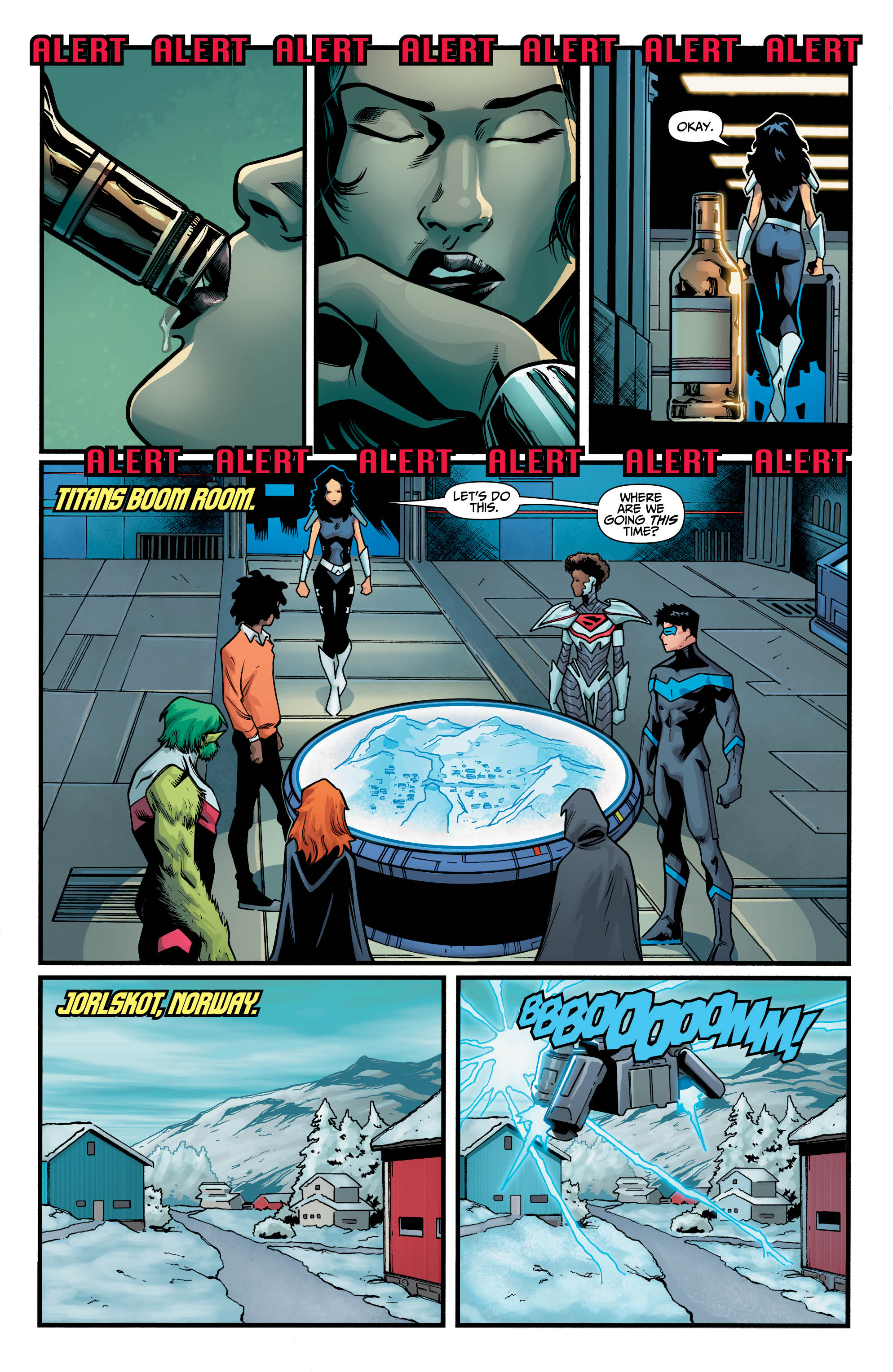 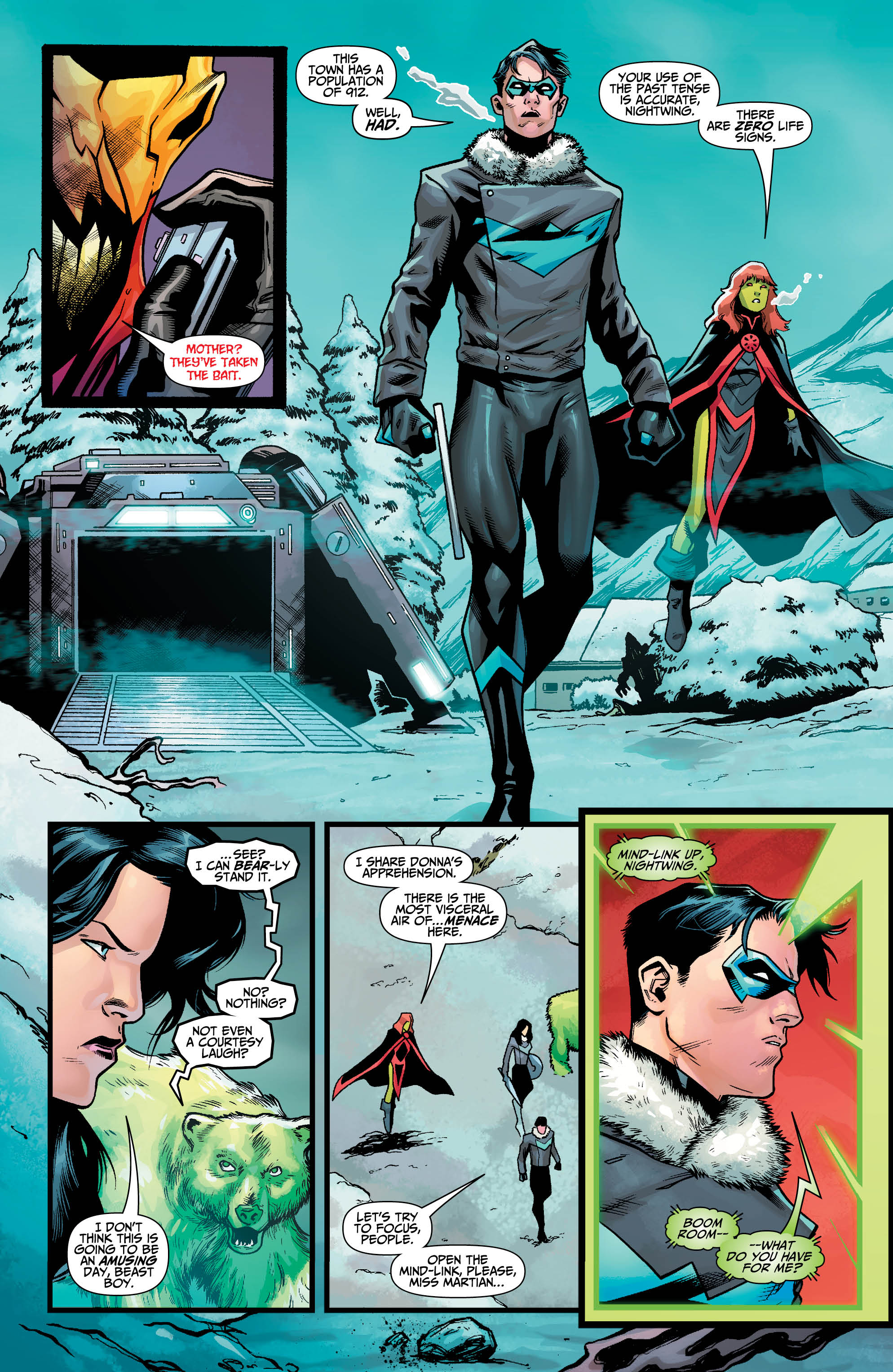 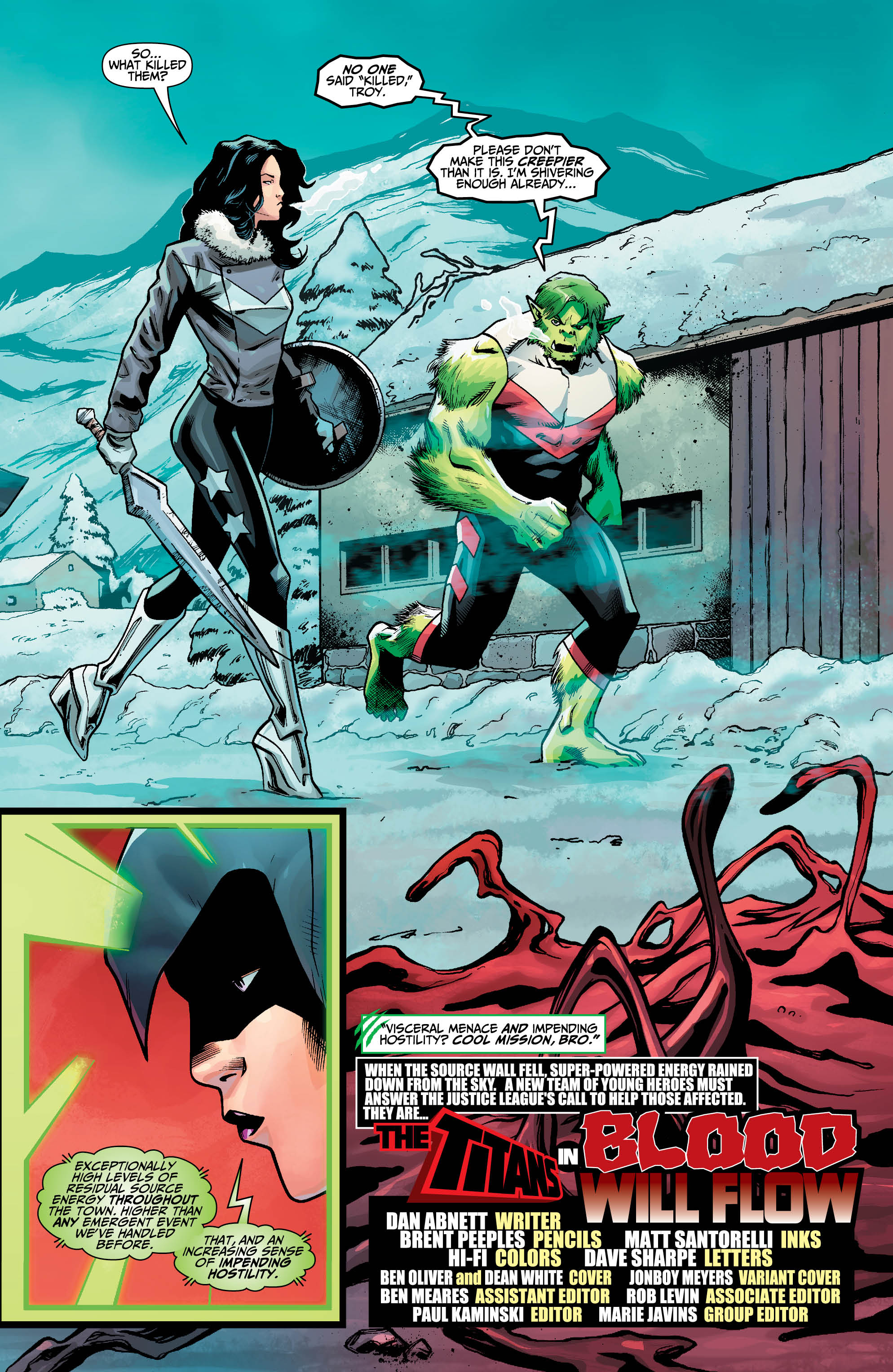 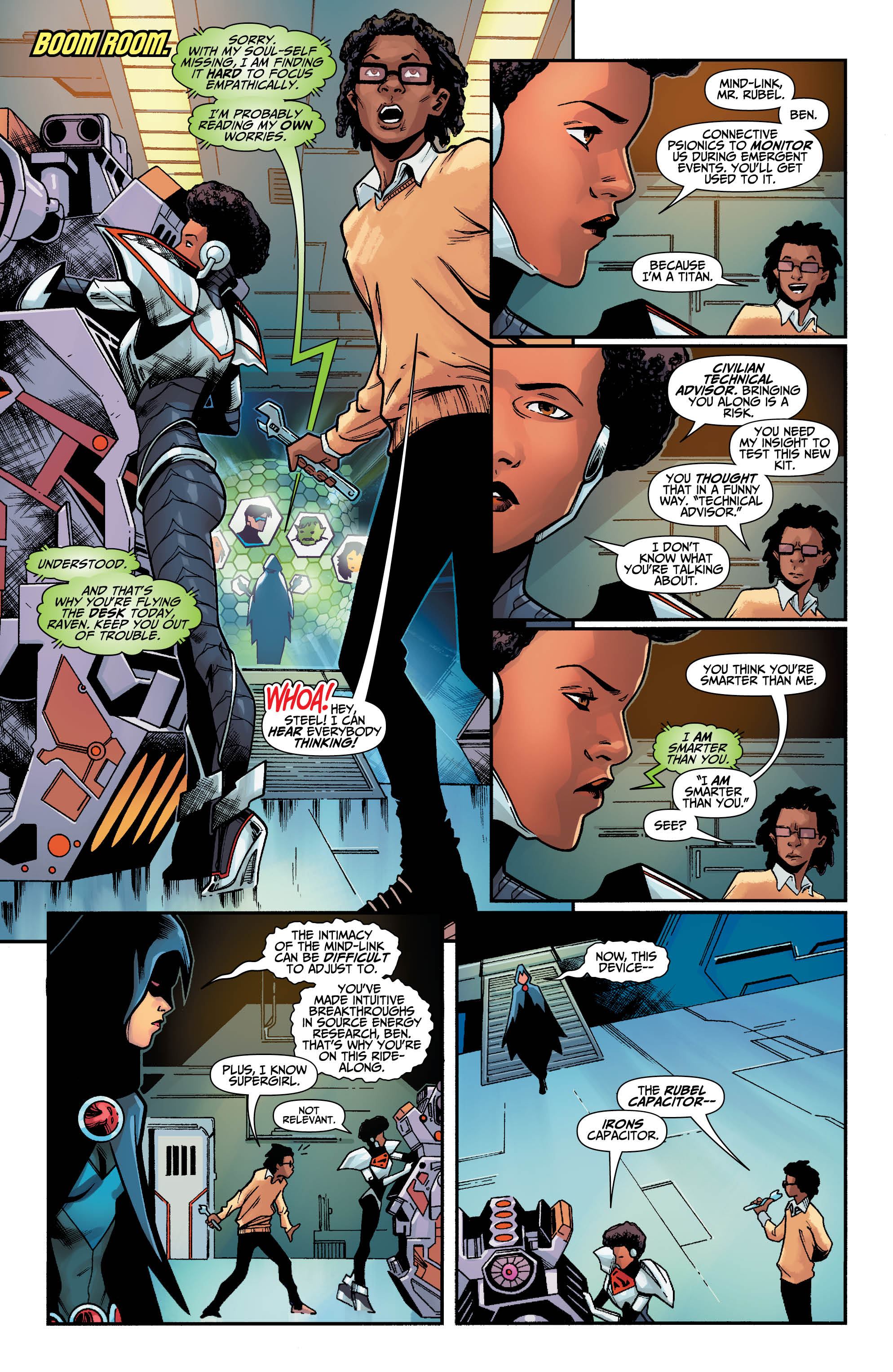 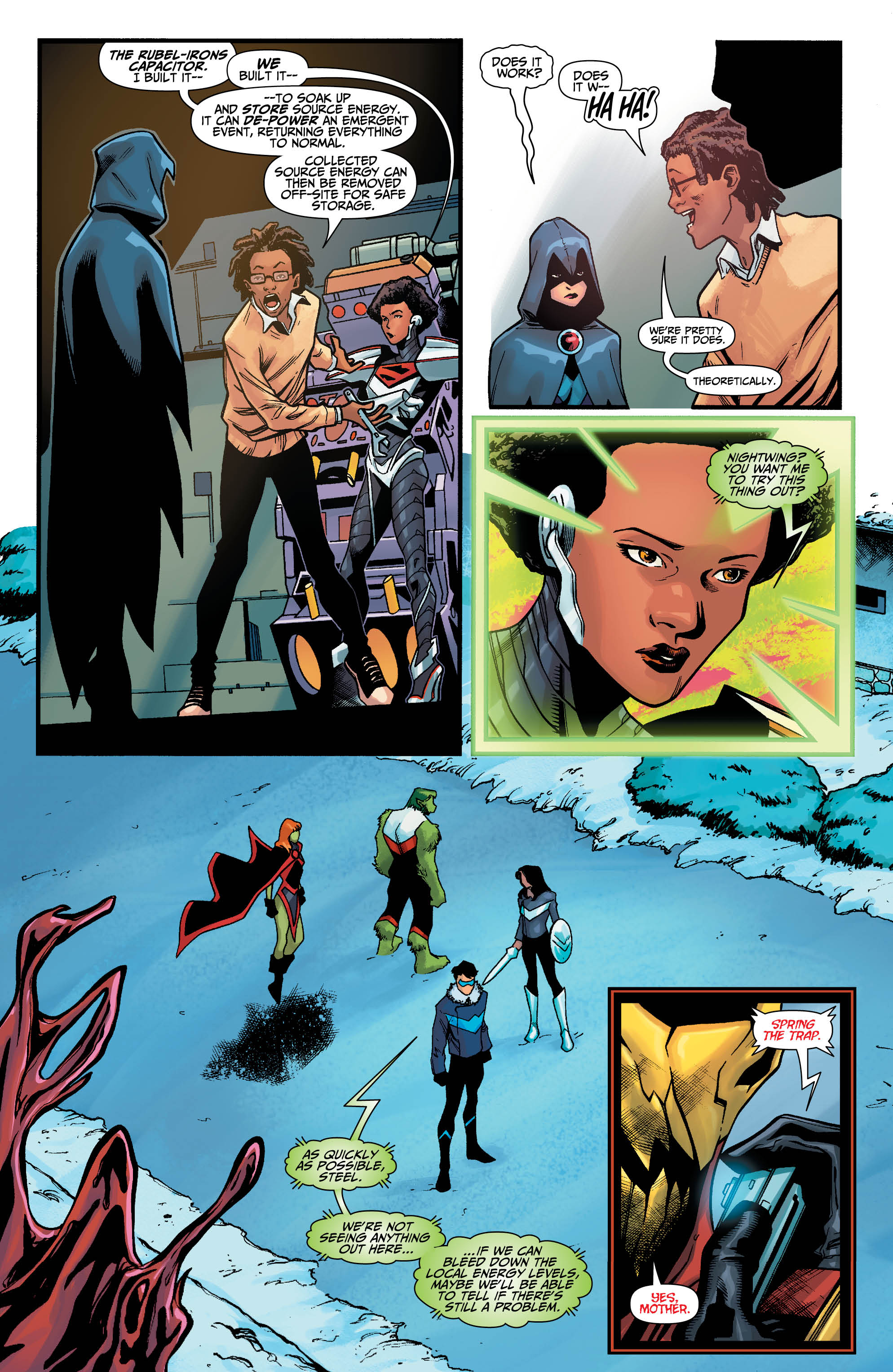 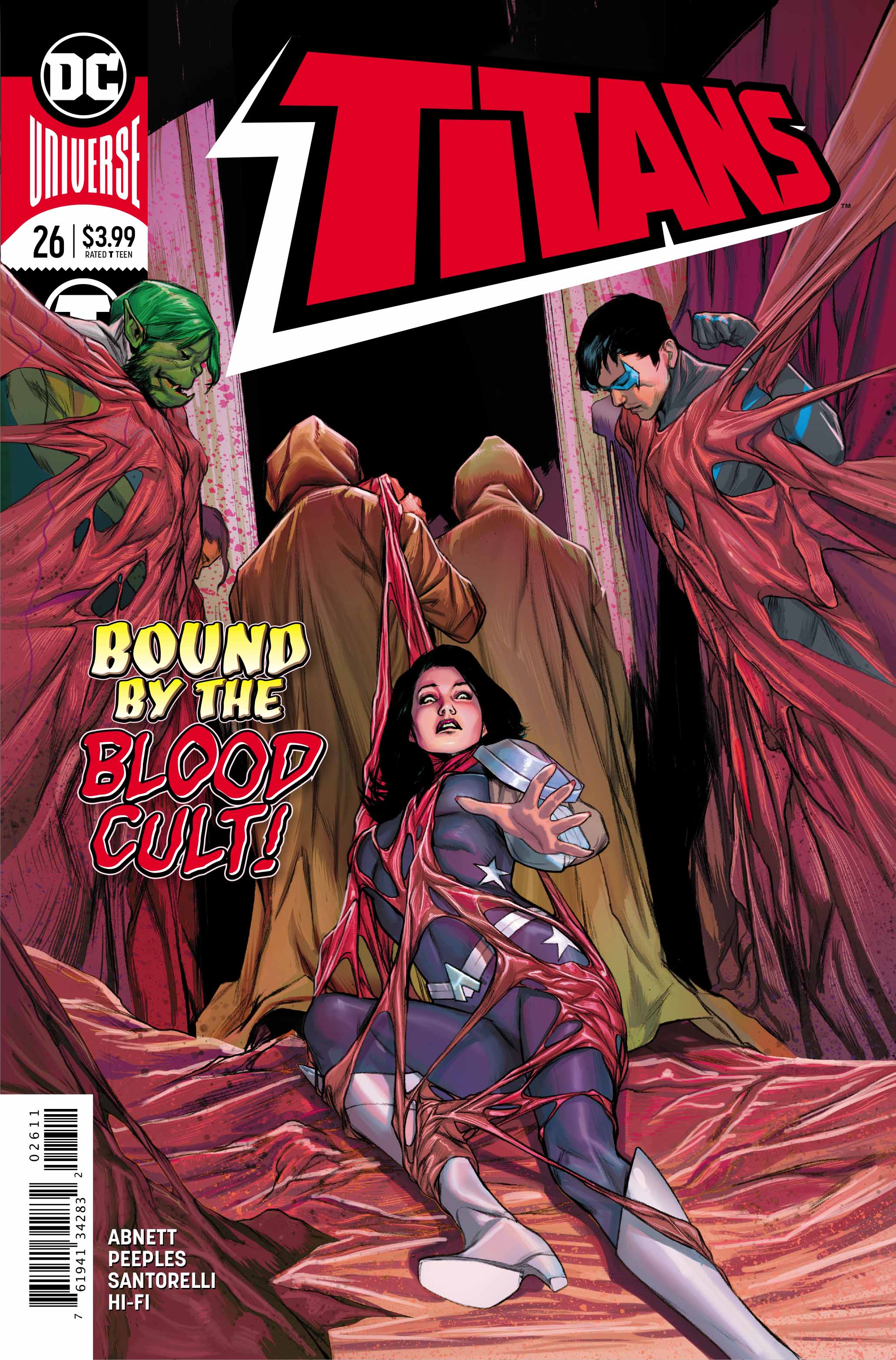 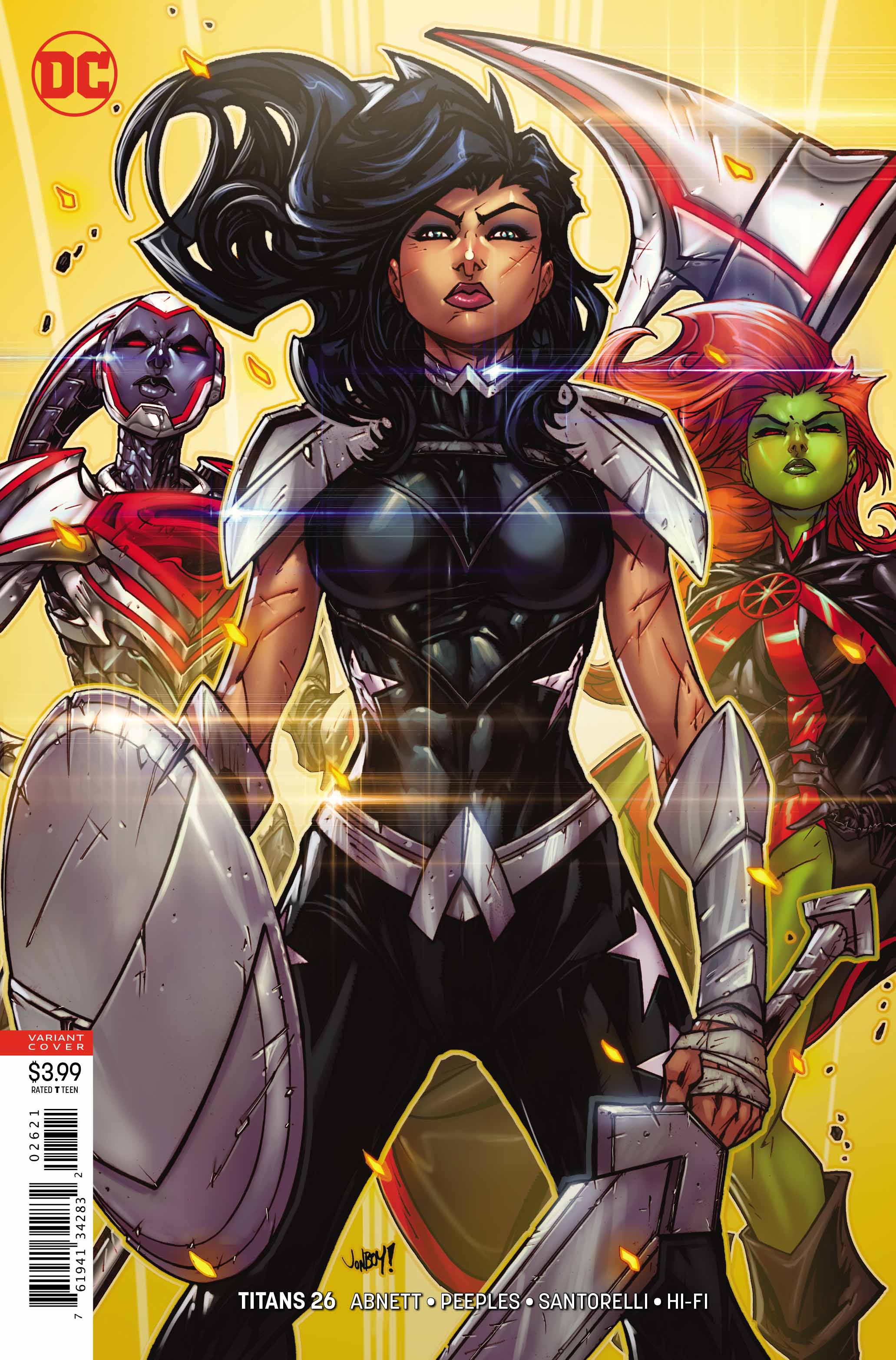 Sprawling splash pages served to highlight Peeples’ incredible artwork. The frenetically paced issue boasted much action and created palpable tension. Bold colors filled the pages. The art created unease, as if the Titans were truly in peril. The Blood Cult monsters were well-drawn and added a menacing appeal to the issue. Still, limited glimpses of Mother Blood proved the most chilling.

Titans #26 felt important in a number of ways. First, it increased the tension between characters on the team – particularly, Ben and Miss Martian. Next, it increased the conflict between the Titans and the Blood Cult, who proved more of a threat than ever before. Its seemingly callous depiction of Donna added intrigue while a mysterious Miss Martian cast doubt on her loyalties. Abnett’s narrative and Peeples’ art were well matched in this enjoyable issue.