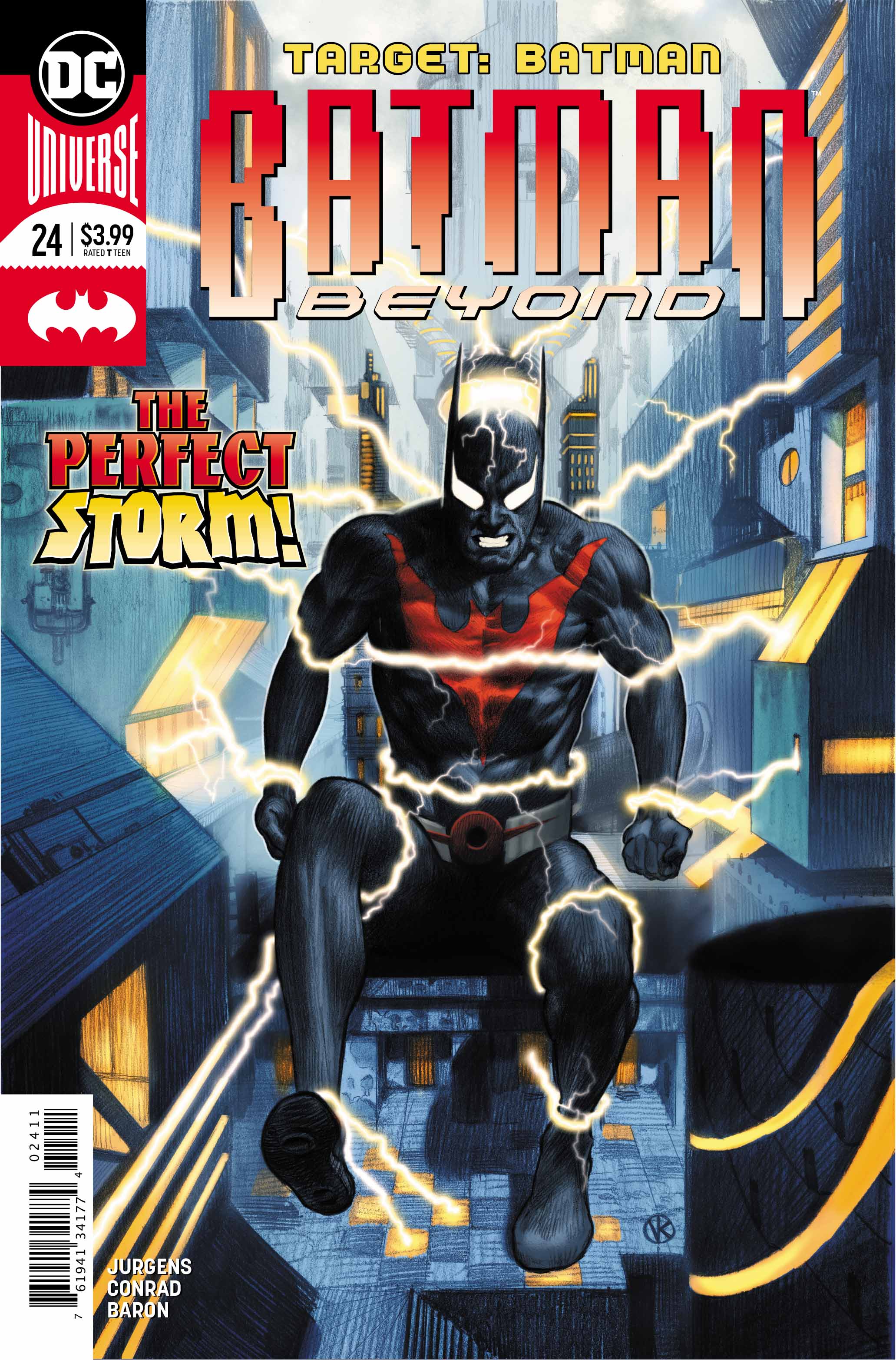 Here we see the dramatic conclusion of the current arc. Issue 23 left this reviewer hollering a string of angry vowels. It’s a hard skill to be able to know a character like Jurgens does, yet weave new myths around them, and leave a comic book reader with their hands open and ready for the next step. I love the recurring little trope Jurgens is using – by starting each issue with that brief recap saying it’s a weirdly specific length of time ago then thrusting you right into the action. It’s unapologetic and a perfect way to start the action. 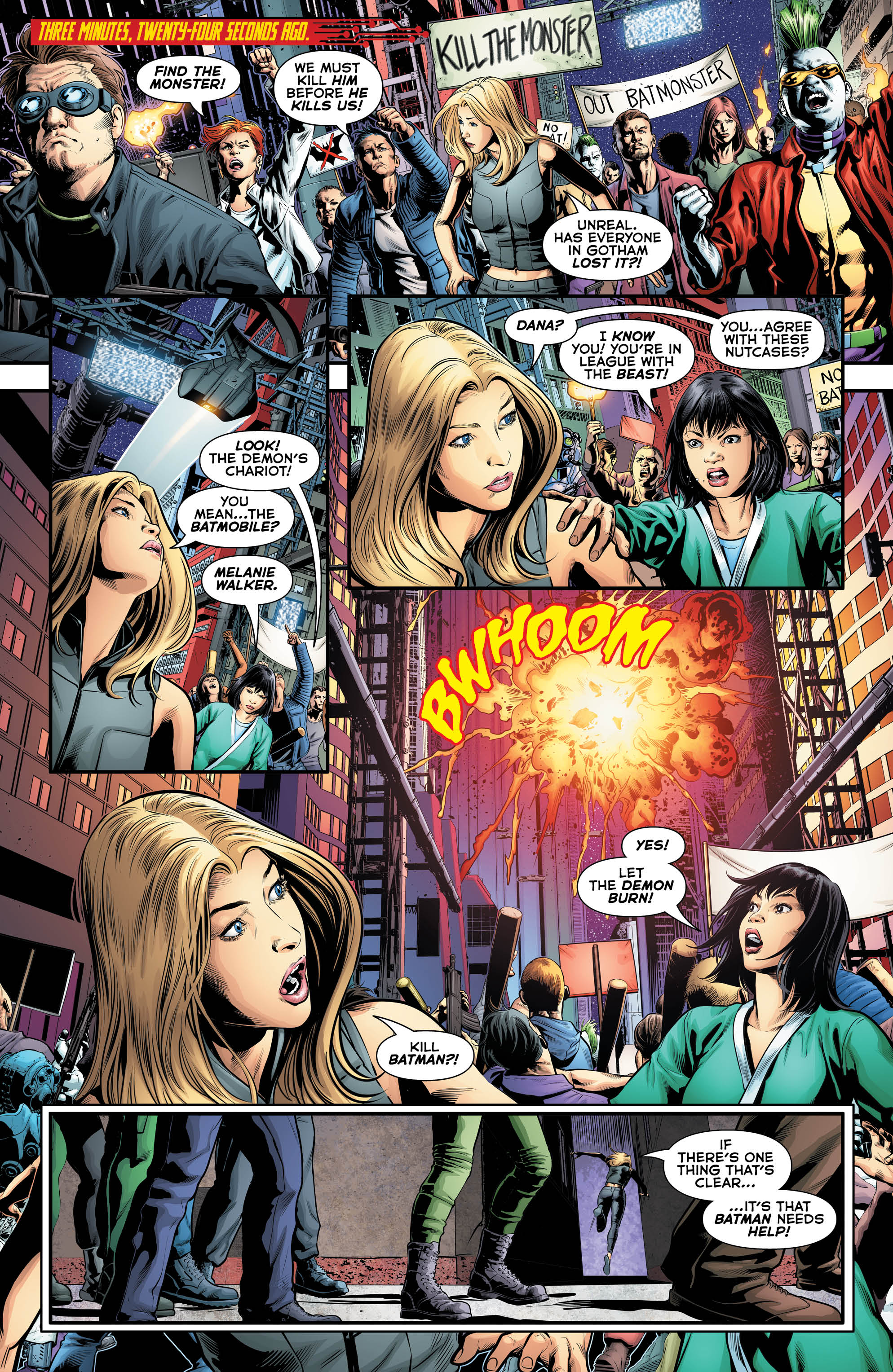 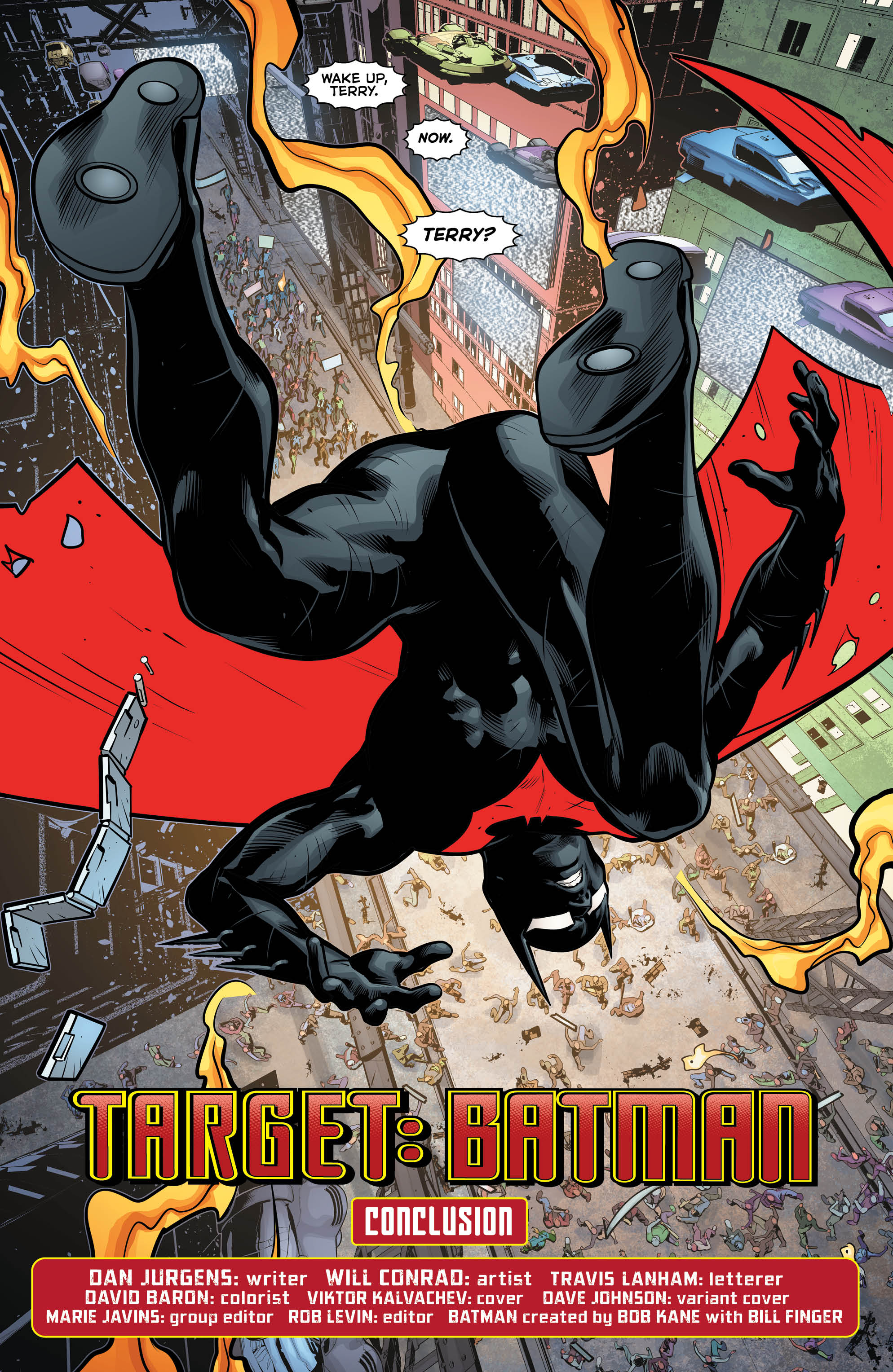 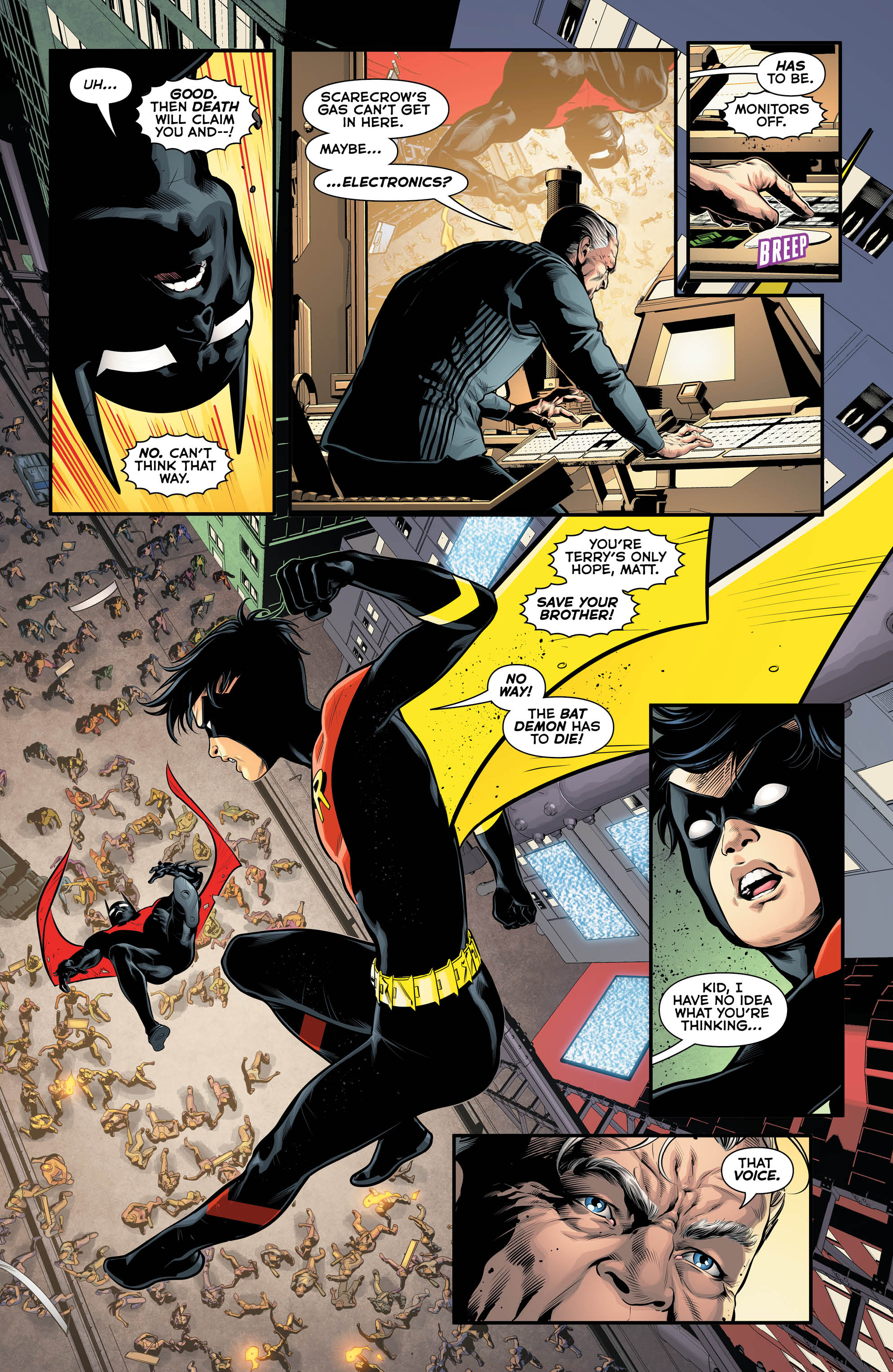 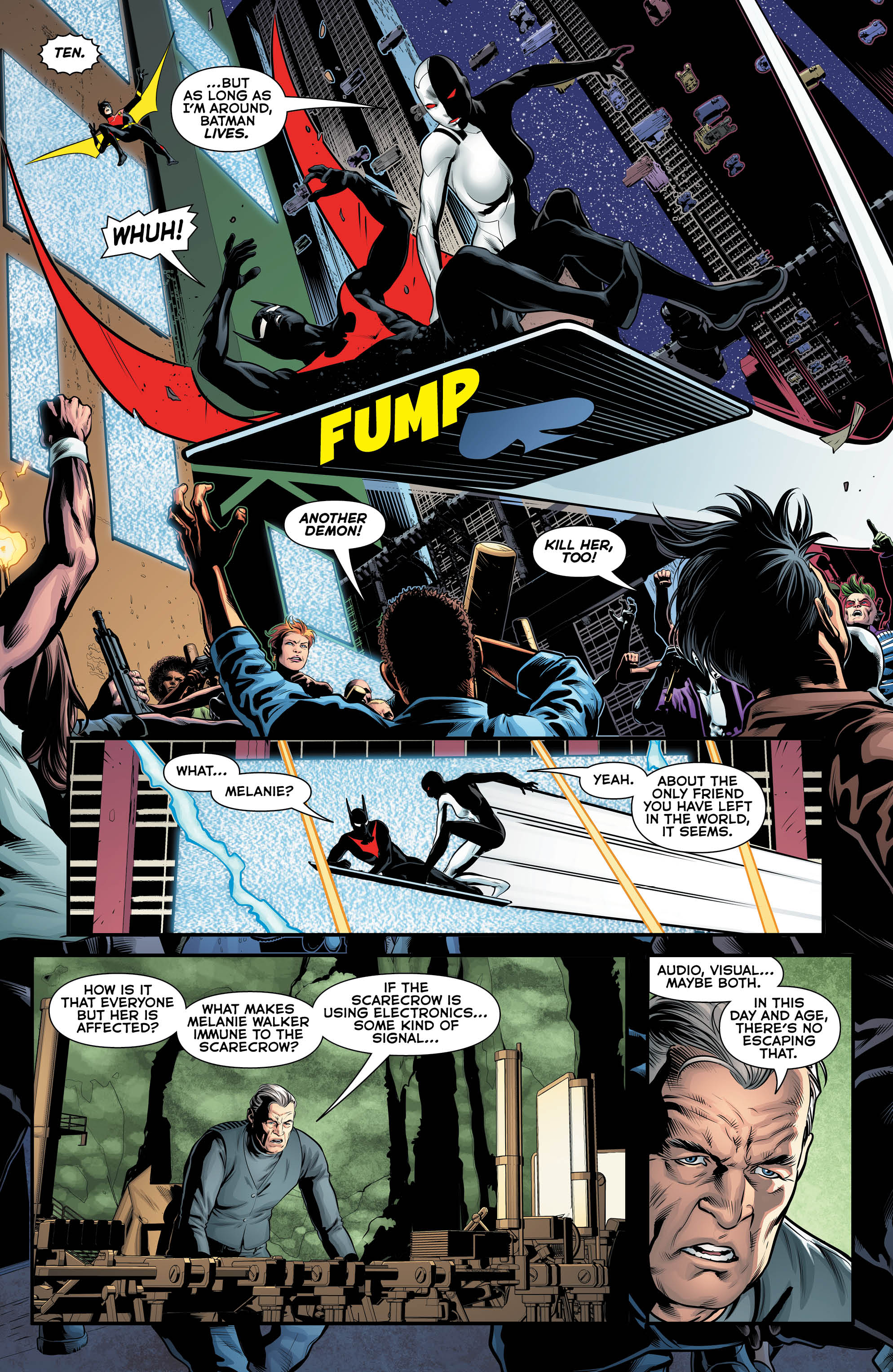 In this dramatic conclusion, everything we learned about Adalyn in previous issues really comes together. We’ve seen Jack Ryder’s co-anchor dip slowly into the maniacal destruction we’d expect from a true Batman villain. The visions of the monstrous Batman of her past is the very one she’s been projecting over New Gotham. Any villain that can make the heroes turn on each other, and have them question their loyalty and sanity is a real threat and an exciting one to read about.

I’m a very big fan of the original animated series. Something about this whole issue, and the Scarecrow arc at large feels very reminiscent of the original show. A threat from Batman’s past has moved with the times to become a threat of Batman’s present. With this new Scarecrow, I can see the threat of mass fear being far from behind Batman.

The shock and angry vowel reaction of issue 23 is hard to top, but the quality of the action in this issue certainly puts it up to match, pairing it with Conrad’s perfect recreation of the future Gotham look and action he puts into every page, makes this issue an exciting read. When you consider the tease for the 25th special issue, dropping soon, it certainly makes me want to read on.