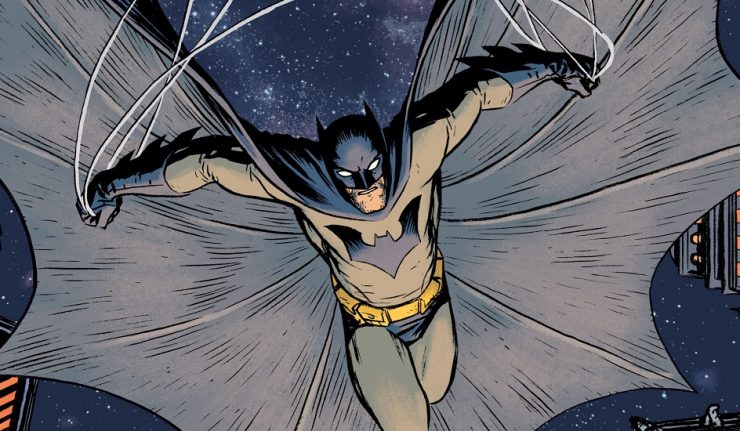 We’ve all seen the bumper sized issues from Walmart, the special 100 page collections exclusive to the big box store. We here at Dark Knight News has received some information about the next set, and here’s what DC had to say:

3rd ISSUES OF BATMAN, TEEN TITANS 100-PAGE GIANT COMICS
SHIP TO PARTICIPATING WALMART STORES TODAY
Batman Anthology Features Part One of 12-Part Original Story “Batman Universe,”
from Award-Winning Writer Brian Michael Bendis with art by Nick Derington
Teen Titans 100-Page Giant Continues Original TEEN TITANS Story by Dan Jurgens and Scot Eaton
On the heels of Tom King and Andy Kubert’s debut in the exclusive-to-Walmart Superman 100-page Giant #3, Batman fans of all stripes will get their own dose of superstar talent as issue #3 of the Batman 100-page Giant ships to stores, featuring part one of an original 12-part story, “Batman Universe,” written by Brian Michael Bendis, (SUPERMAN, ACTION COMICS, JINXWORLD) with art by Nick Derington (MISTER MIRACLE, DOOM PATROL).
Along with colorist Dave Stewart and letterer Josh Reed, Bendis and Derington weave a tale that leads Batman on a wild goose chase spanning the DC universe, tracking down a mysterious artifact that contains the literal key to evolution. But Vandal Savage has his own plans for this artifact and the Dark Knight will have his hands full in stopping the evil immortal before he gains control of both the key and humanity as well.

For a behind the scenes look at crafting this original Batman epic, check out an exclusive interview with Bendis and Derington at SyFy.com. 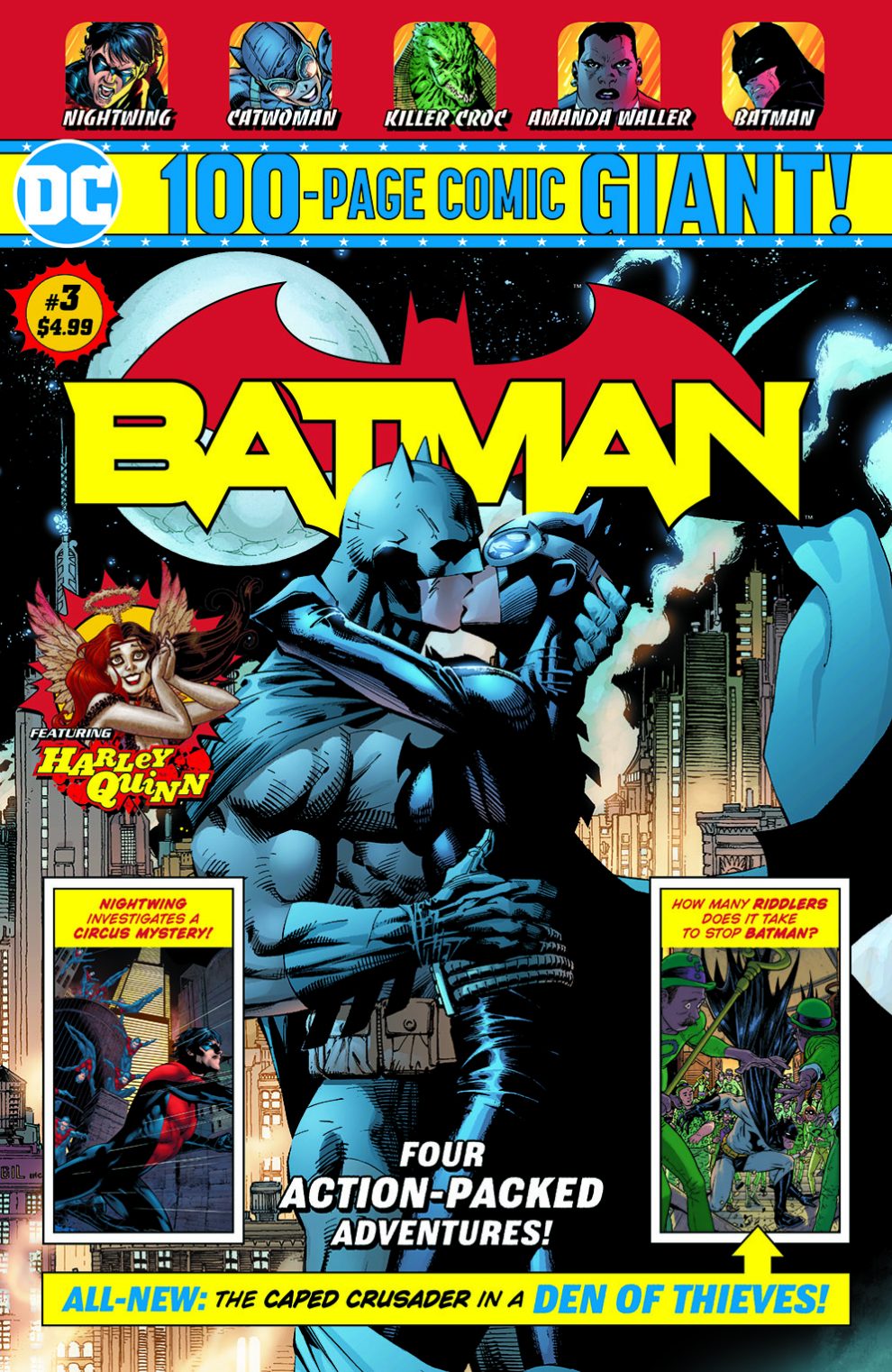 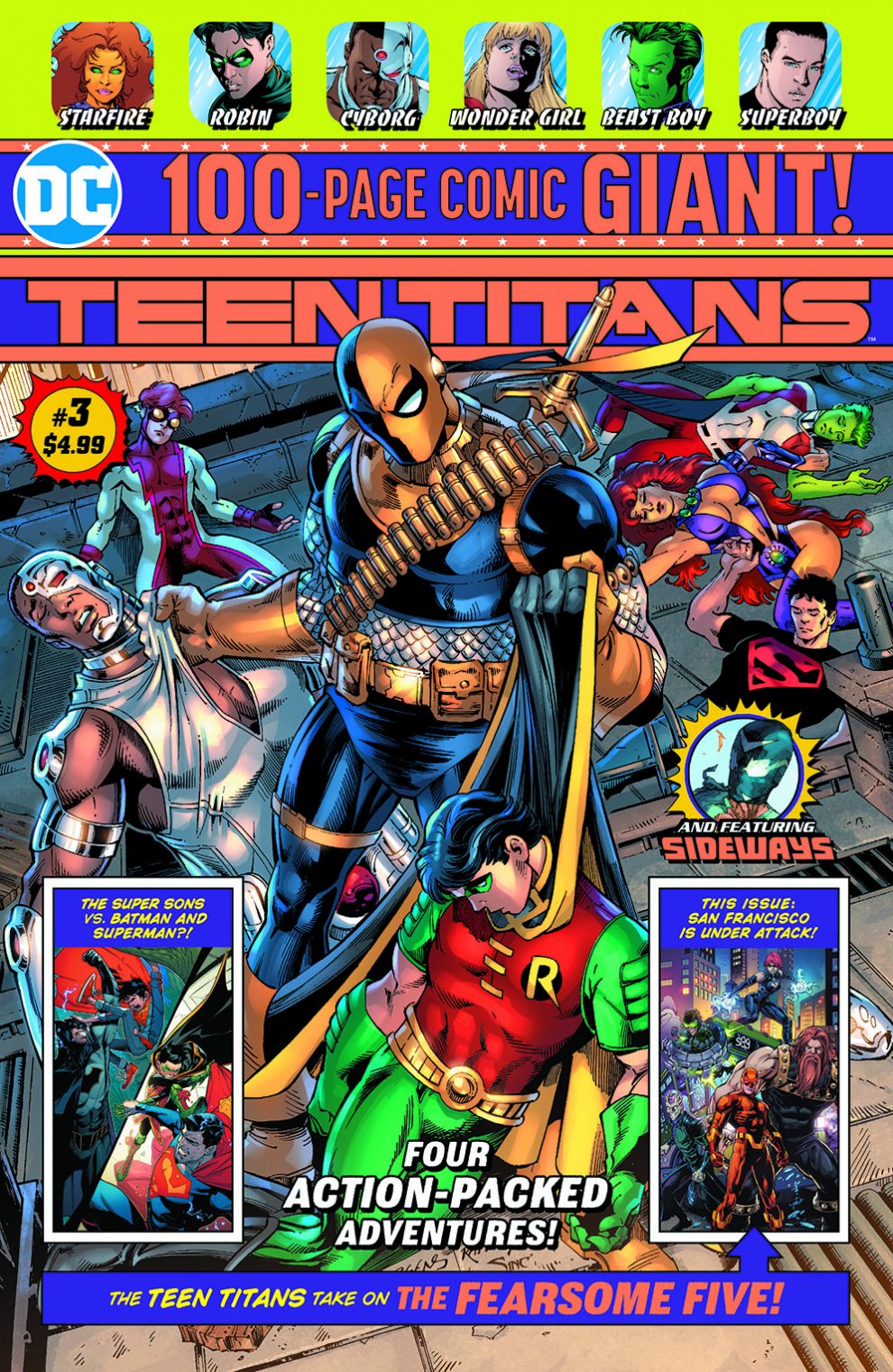 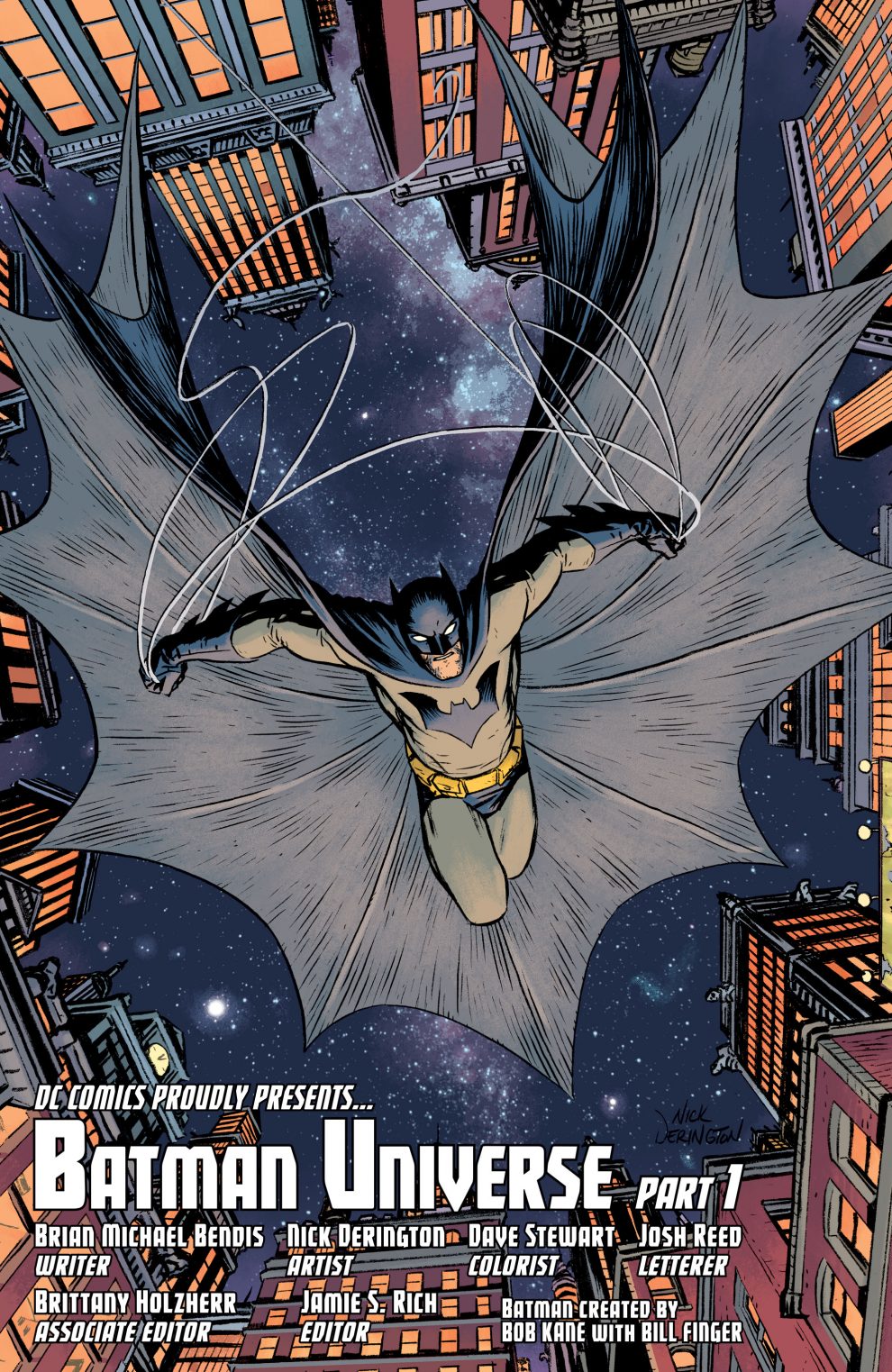 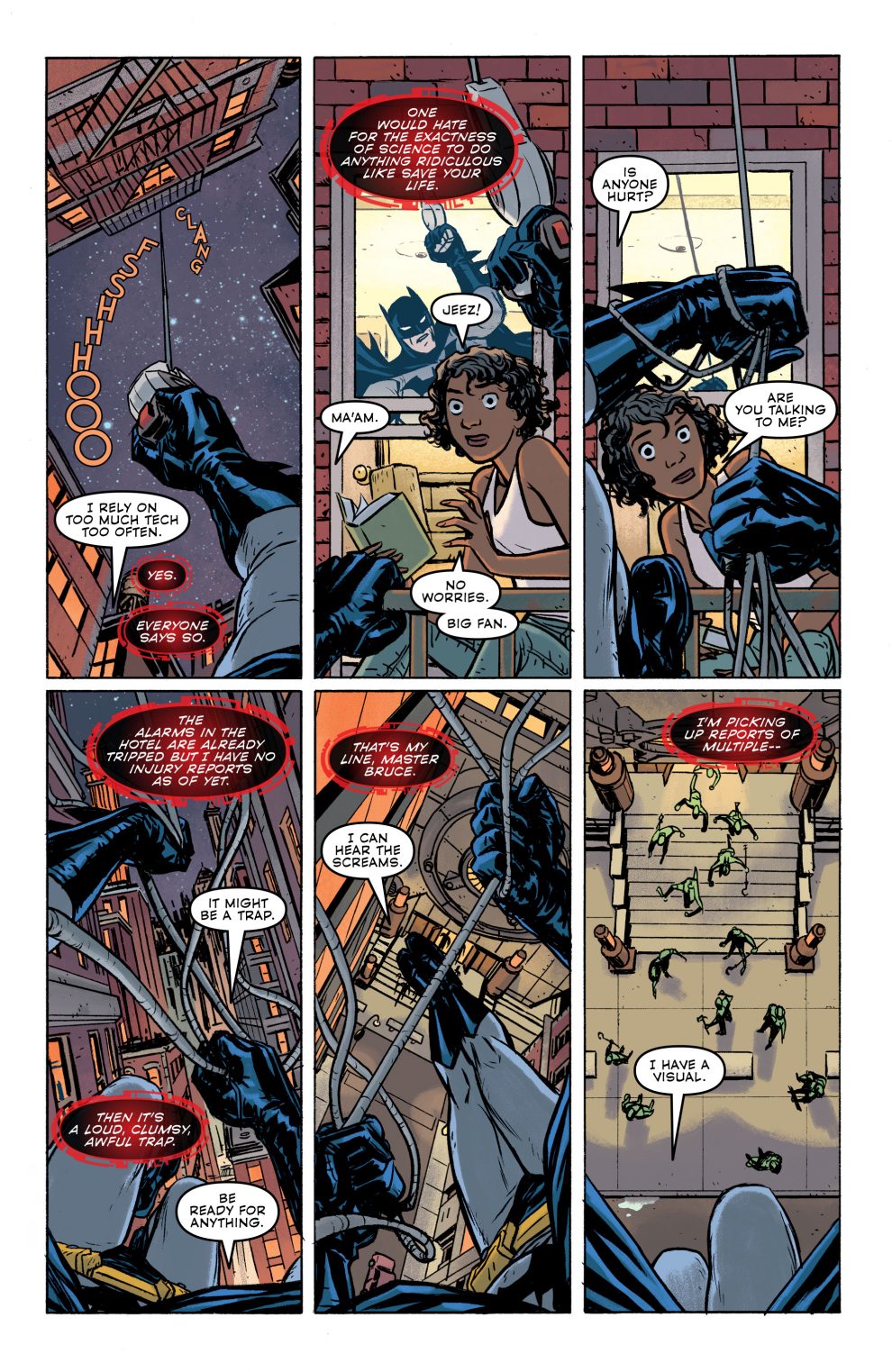 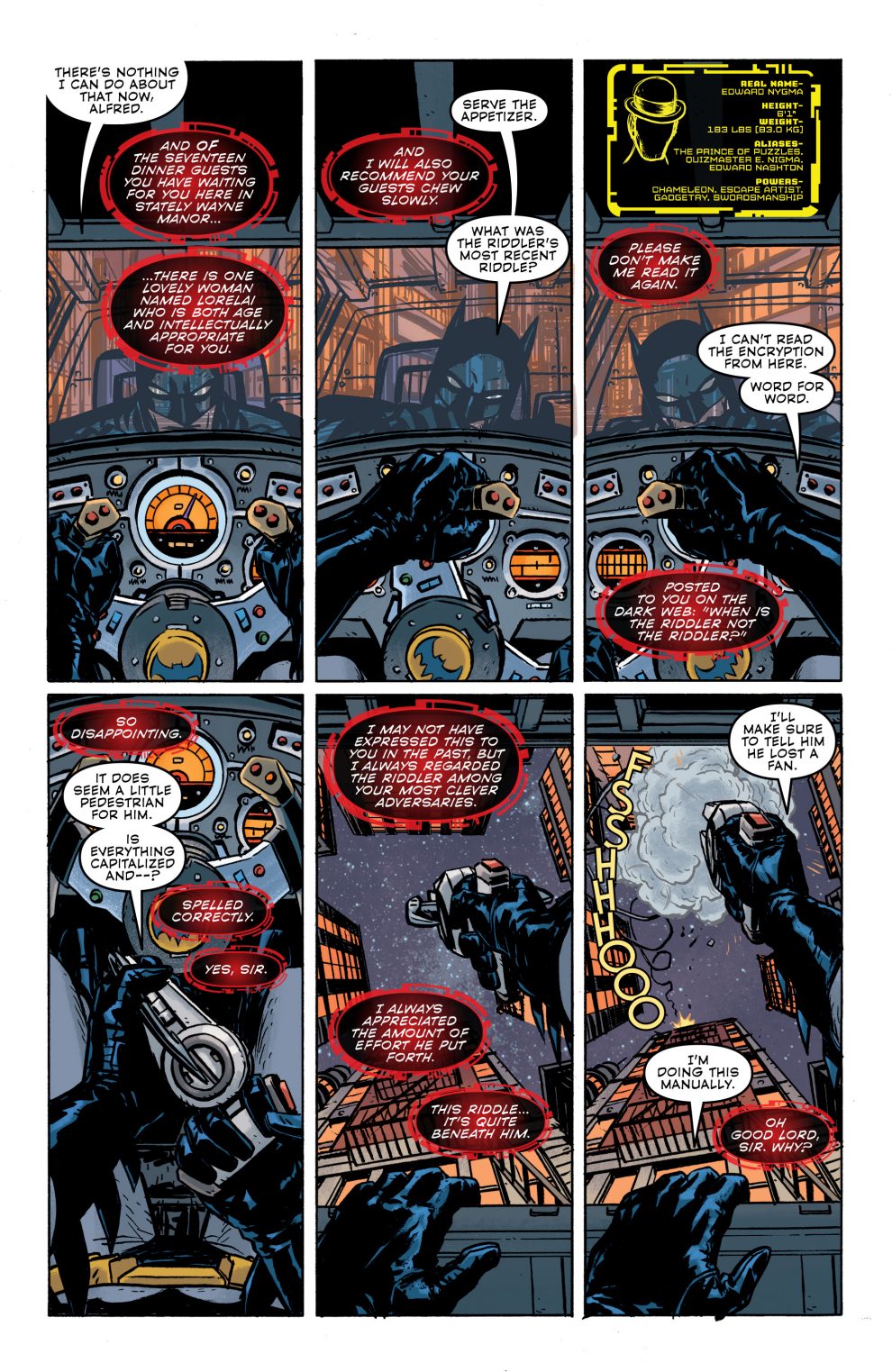 The Batman Giant also includes chapters from the iconic Jeph Loeb/Jim Lee story BATMAN: HUSH, as well as Kyle Higgins and Eddy Barrows’ “Welcome to Gotham,” and Amanda Conner, Jimmy Palmiotti and Chad Hardin’s “Hot in the City,” from the New 52 NIGHTWING and HARLEY QUINN.
Arriving with the Batman Giant is issue #3 of the Teen Titans Giant, featuring “Enter… The Disruptor,” a new chapter of the original six-part Teen Titans story by Dan Jurgens (BATMAN BEYOND, GREEN LANTERNS) and Scot Eaton, plus more from from Geoff Johns’ version of the Teen Titans from The New 52 (with art by Mike McKone), Peter J. Tomasi and Jorge Jimenez’ Super Sons from REBIRTH and New Age of Heroes Sideways, by Kenneth Rocafort, Dan DiDio and Justin Jordan.

Each 100-page Giant sells for $4.99 and should arrive at all participating Walmart locations throughout North America by Sunday, September 23. To find your nearest Walmart location, check out the store finder page at www.walmart.com.

With all that packed into 100 pages, they’re a tempting read now and will be sought after collectors pieces later.
Tags:Adam B RayBrian Michael BendisDan Jurgensnick deringtonScot EatonWalmart
share on: FacebookTwitter Tumblr
previous article
Review: Aquaman #40
next article
Review: Justice League #8 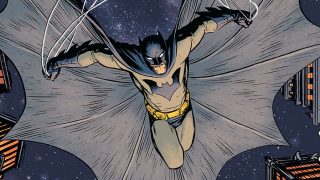 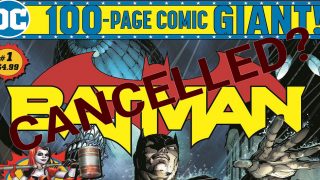