You know the old saying that not all heroes wear capes? Well, Zack Snyder has been acting as that hero for most of 2018 with his answers to fan questions on the social media platform Vero. From the identity of the dead Robin, revealing the “Real” Doomsday is still out there, to the most minute details in Batman v Superman and Man of Steel, Snyder has been sharing the answers that will likely never make it to a DC Film in the future.

In his most recent outing on Vero, Snyder reveals the reason why Batman sports those fancy new goggles in Justice League.

They allow heads-up, real-time information. Thermal night vision, you know, all that shenanigans.

Of course, it’s never explicitly said why Batman has them in the film and we never see him use them for anything other than general eye protection. Although Snyder doesn’t say this, one could maybe guess that with the death of Superman, Batman felt the need to up his game even more. Knowing Superman had all of these powers and abilities, it would make sense that Batman would want to emulate that as much as possible with his technology to protect not only his city, but the planet, in Superman’s absence.

When the first image of Batman’s new tactical armor was revealed, fully equipped with the new Bat-goggles, fans immediately made comparisons to Nite-Owl from Watchmen, another Zack Snyder directed film. It was assumed this was just another classic Snyder Easter Egg, giving a nod to his own movie. But, it’s nice to see they served a tactical purpose for Batman in the film, even if we didn’t actually get to see it. 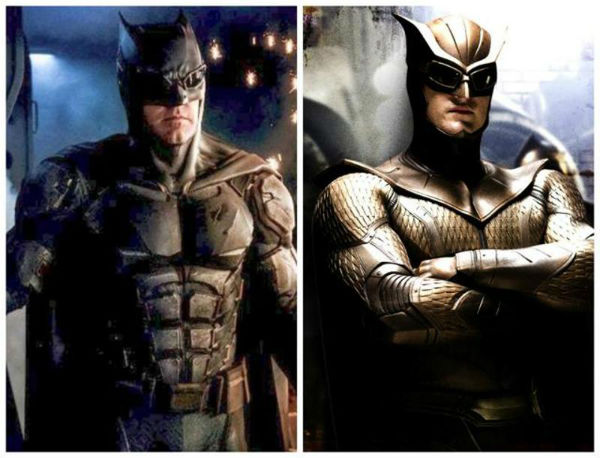 Are there any other burning questions you’ve had that have gone unanswered in the Snyder era of DC on Film? Just ask him on Vero and you might get an answer!

Henry Cavill Leaving Superman Rumor Might Not Be Real