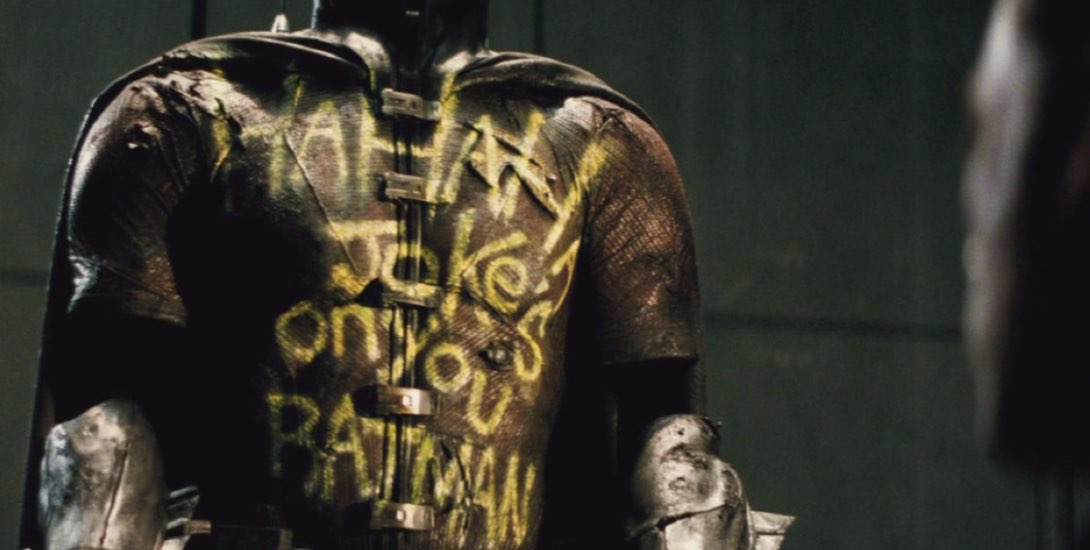 Director Zack Snyder took to social media yet again to tease the identity of the dead Robin being Dick Grayson.

Track this story along with us as we dive into the ‘Dead Robin’ rabbit hole.

When Batman v Superman hit theaters, fans saw the Boy Wonder”s costume in the Batcave. The suit was inscribed with the phrase, “Ha, ha, ha! Joke’s on you, Batman!” This seems to imply that the Joker killed him sometime prior to BvS. Given the comic source material, fans assumed that Jason Todd was the dead Robin.

Enter Suicide Squad. The film shows Harley Quinn’s file, implying that she might have been responsible for Todd’s death.

Later, in a Warner Bros. Studio tour promo, the tour guide claims that the dead Robin is Jason Todd. For the longest time, fans believed that theory. Until Synder came again.

In April 2018, Synder posted the cryptic message, “What makes you think it’s Jason Todd?” on Vero.

This past week, a post discussing a Suicide Squad deleted scene with Batman interrogating Harley came up. The scene shows Batman saying, “Joker took something important from me, now I’m gonna take something from him.”

Fans immediately jumped to the conclusion that Batman is referring to Jason Todd. However, Snyder posted the brief comment, “Richard”.

Richard is a reference to Dick Grayson a.k.a. Nightwing. So is the dead Robin indeed Dick Grayson?

The Nightwing Elephant in the Room

If Snyder is actually confirming Grayson as the dead sidekick, then what does that mean? Probably nothing. Synder is no longer creatively involved in the DC films, so his comments hold little weight.  The upcoming Nightwing movie is to be set in the same universe, so clearly Grayson cannot be dead. Unless, you know, Nightwing in that film is actually based on the superhero from Krypton and not Grayson.

What probably occurred is that Synder intended for Robin to be Grayson at the time of BvS. However, it is obvious that plans have changed since he left his director/producer role. So, when Nightwing comes out, the dead Robin’s identity will probably be retroactively switched over to Jason Todd. Unless, Warner Bros. throws a huge curveball and makes the dead Robin Damian Wayne! Now that would be a crazy twist.