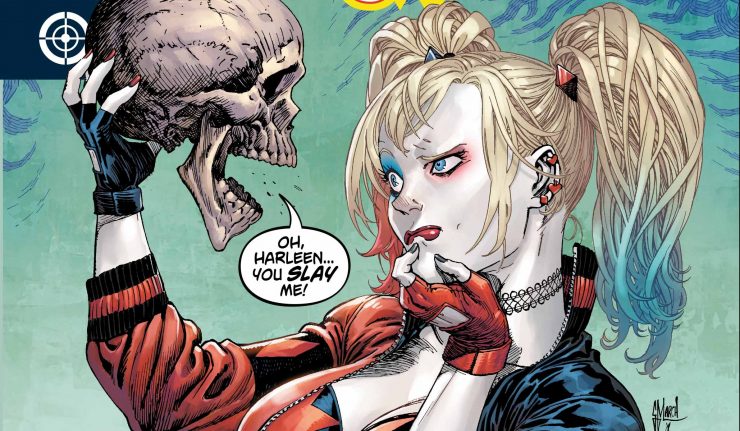 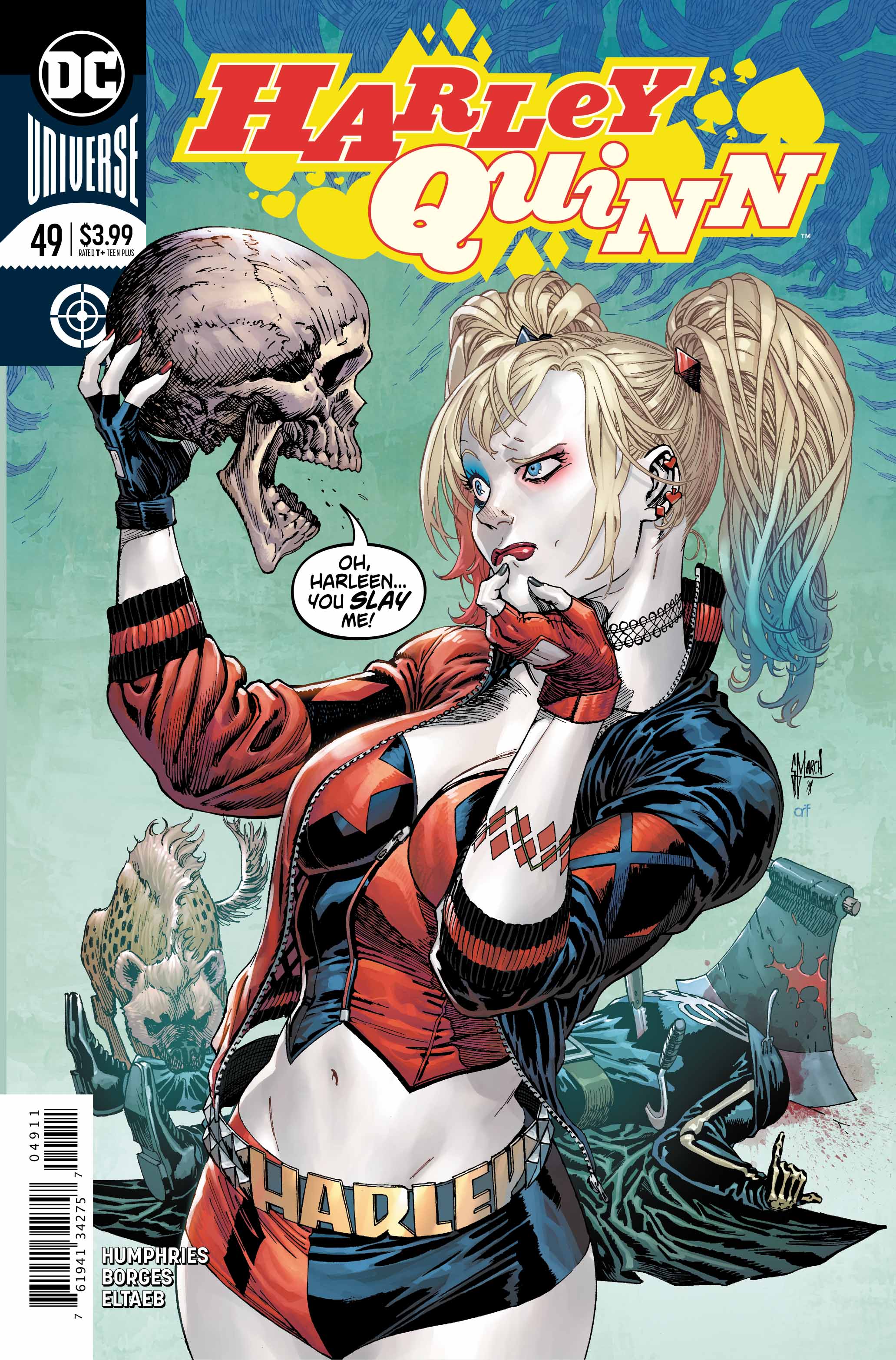 This week’s issue of Harley Quinn takes a sharp turn for the better, as Sam Humphries and Alisson Borges deliver a hilarious conclusion to this short, filler arc.

Harley Quinn #49 picks up right where the previous issue ends, as Harley, desperate to pay her rent, continues her quest to assassinate Lord Death Man.

After failing to kill the apparently unkillable villain, Harley returns to her warehouse on Coney Island only to find her friends/tenants in despair about having to move. Reinvigorated by her downtrodden roommates, Harley hatches and executes a harrowing, sidesplitting plan to kill Lord Death Man. The story ends with Harley obtaining the cash needed to save her home.

Harley Quinn #49 is incredibly gruesome; however, humor tempers the comic’s bloodshed. The issue really plays up Harley’s proclivity for Looney Tunes style violence, and it works very well. Lord Death Man has the ability to regenerate; therefore, Harley has to be creative in her quest to kill. 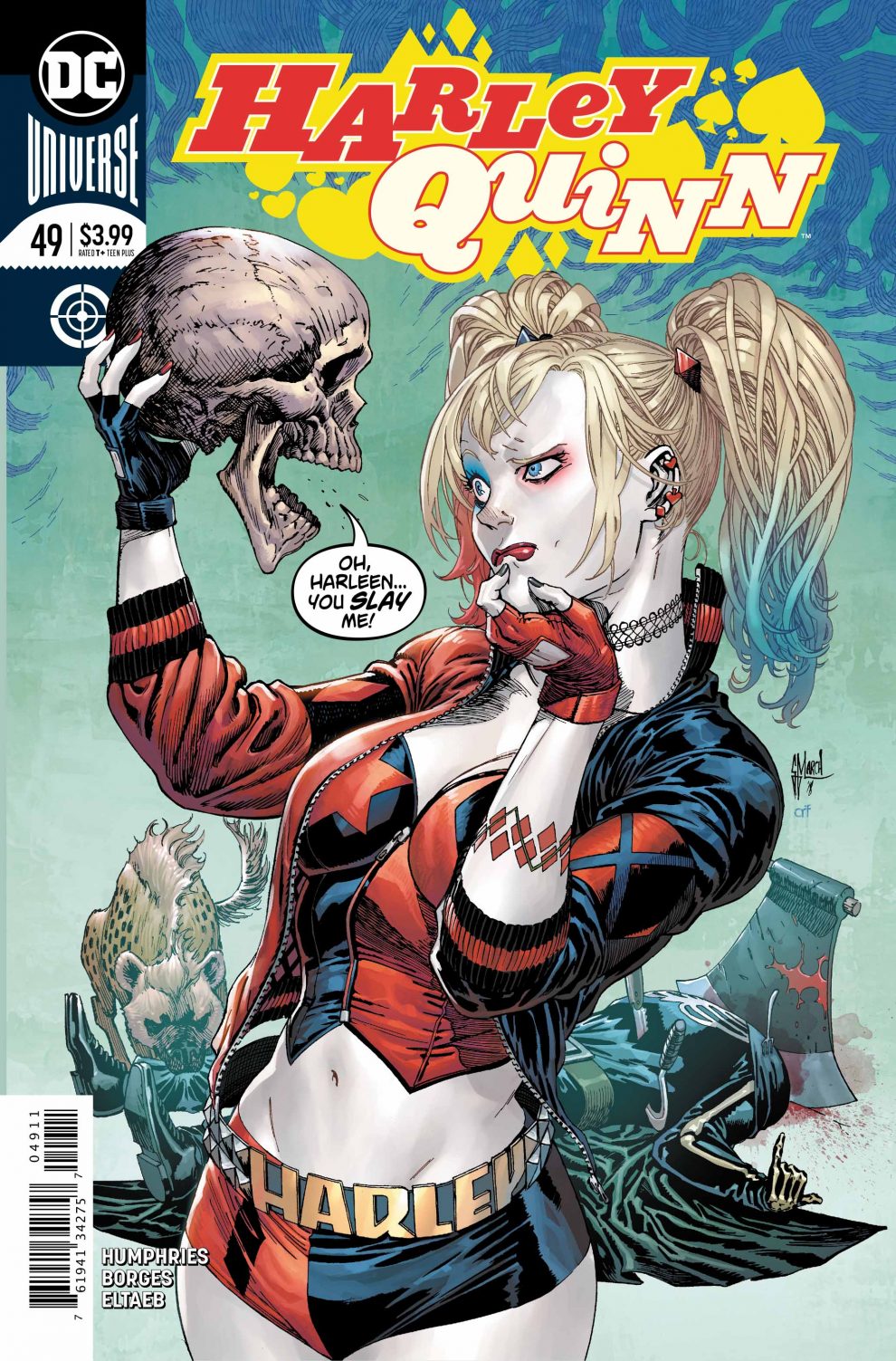 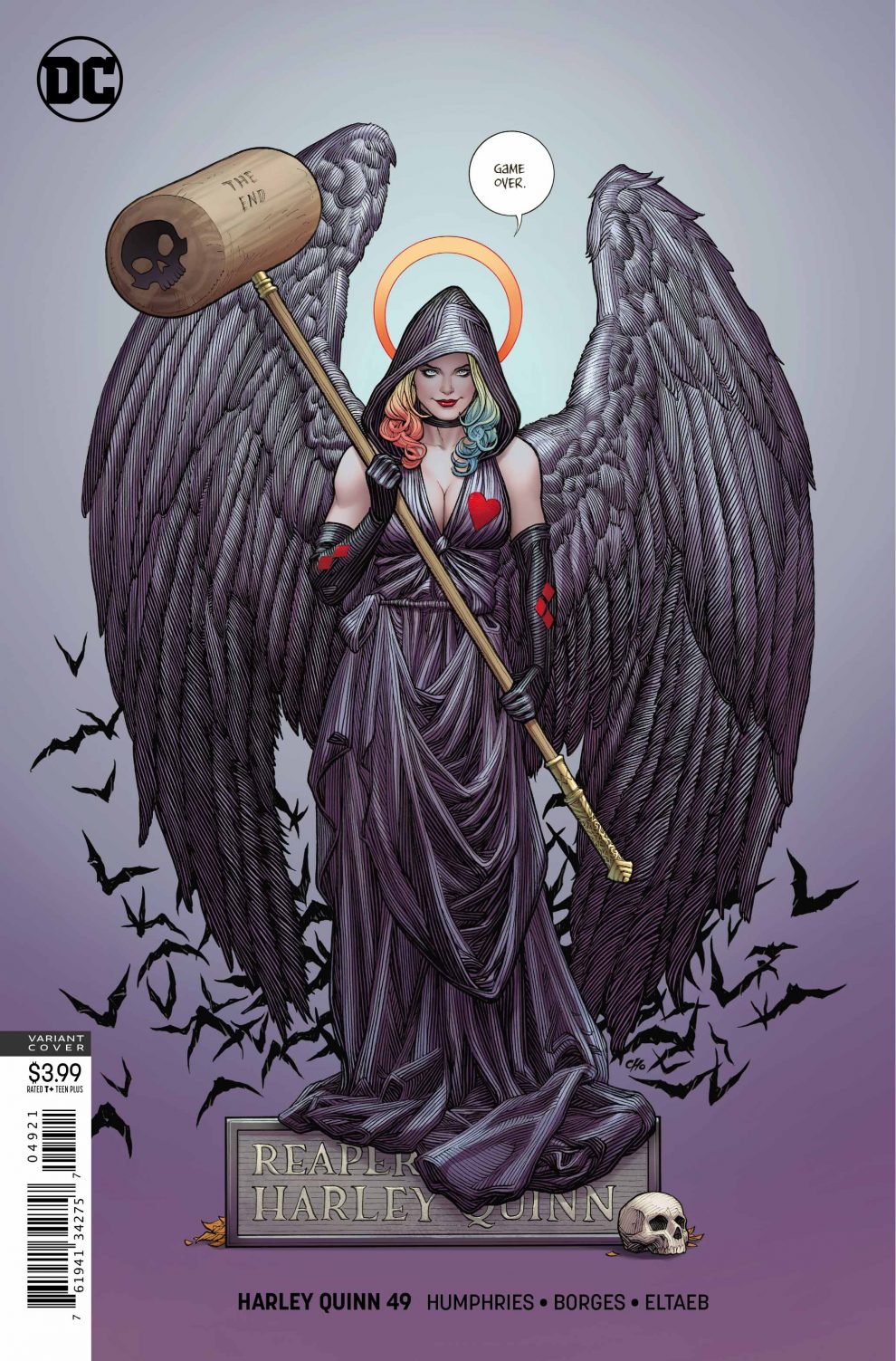 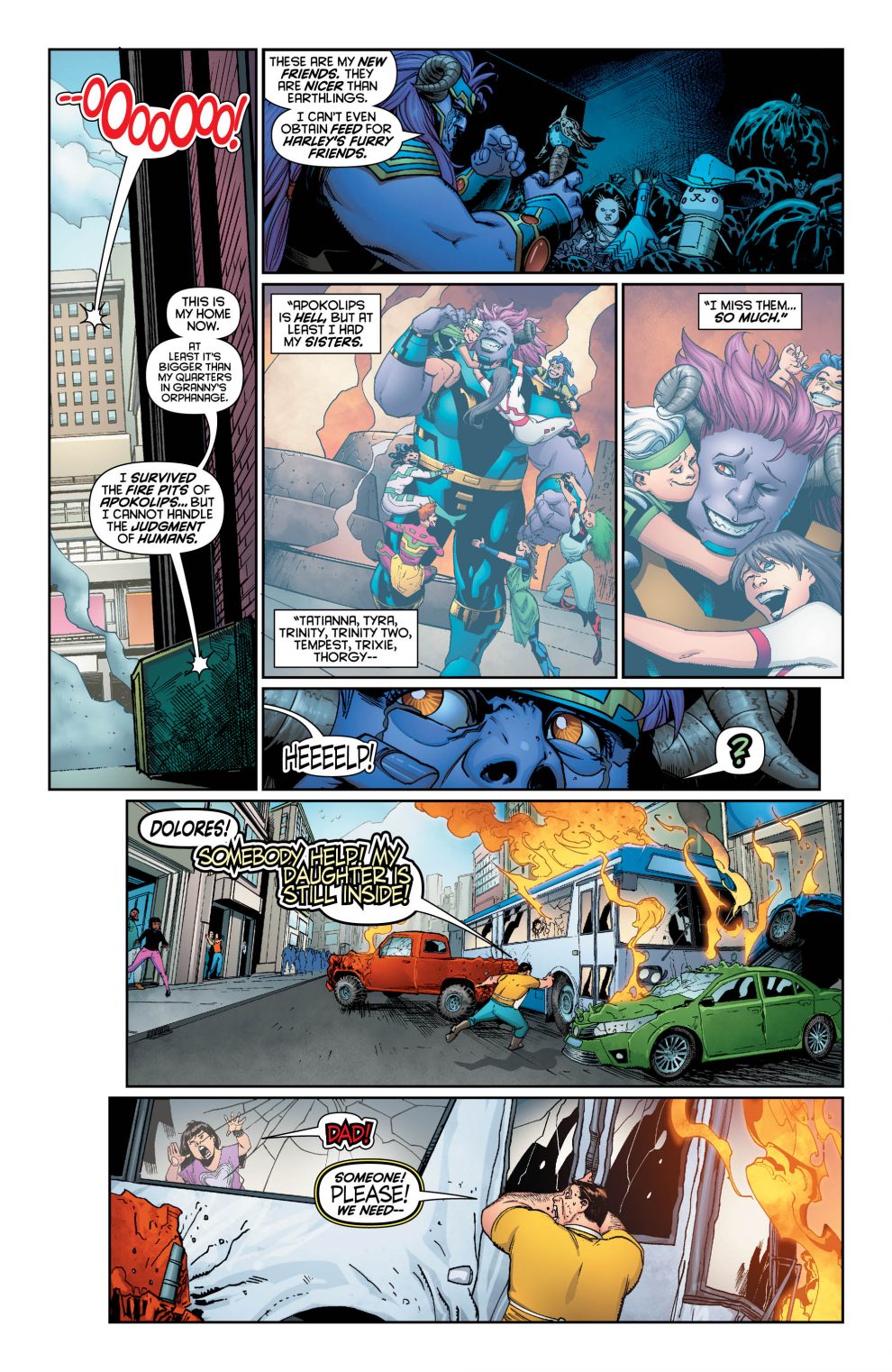 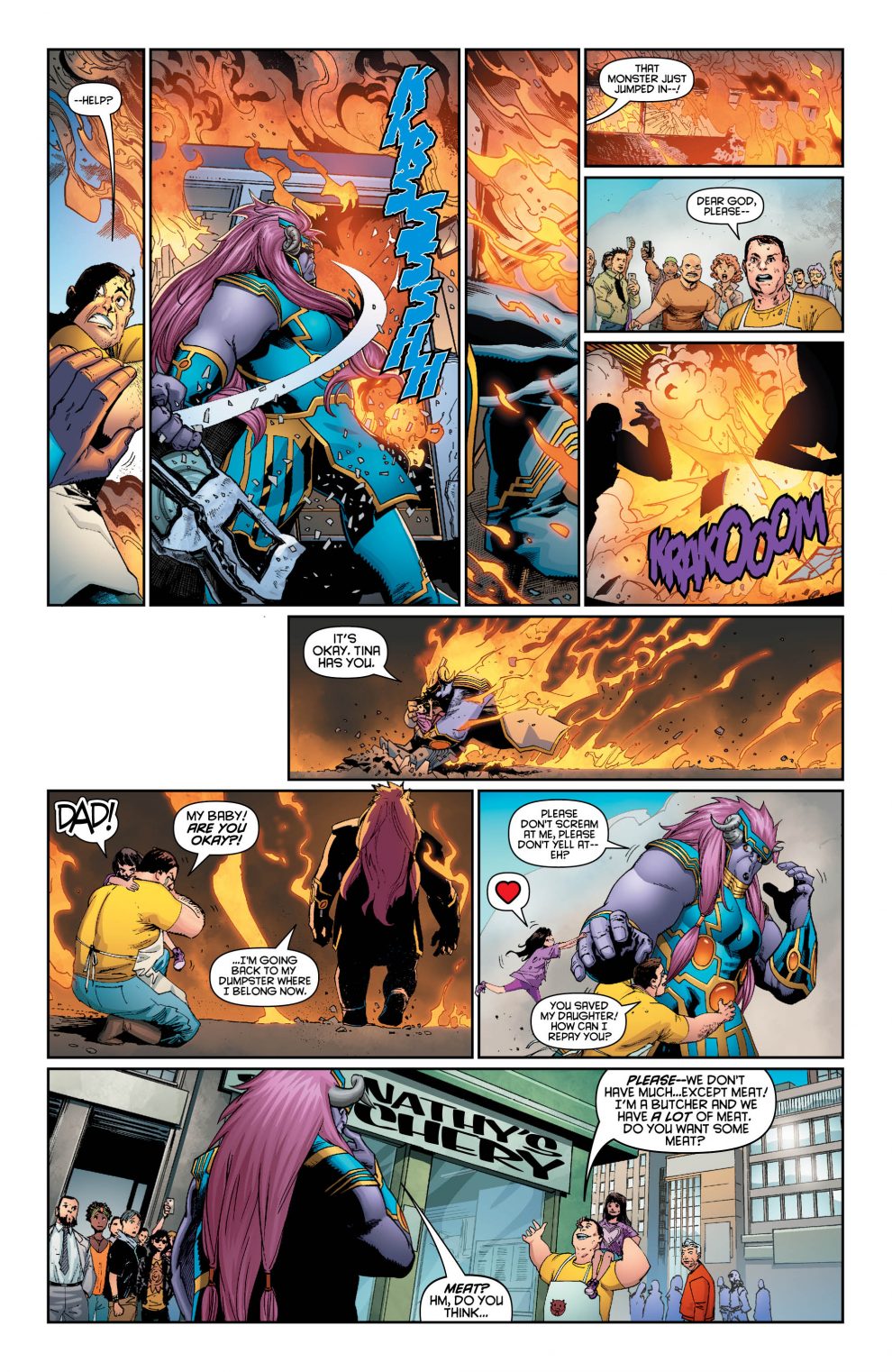 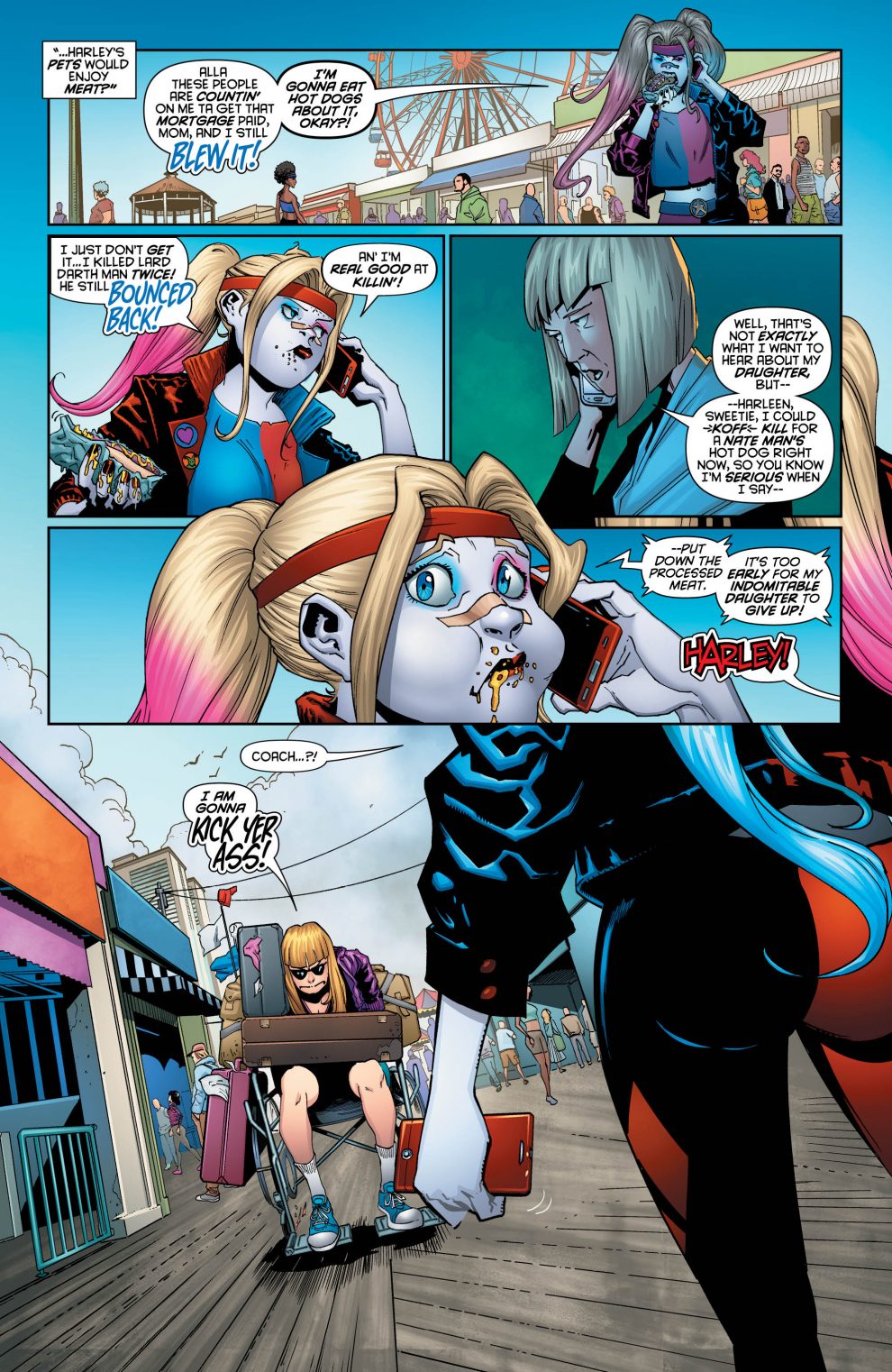 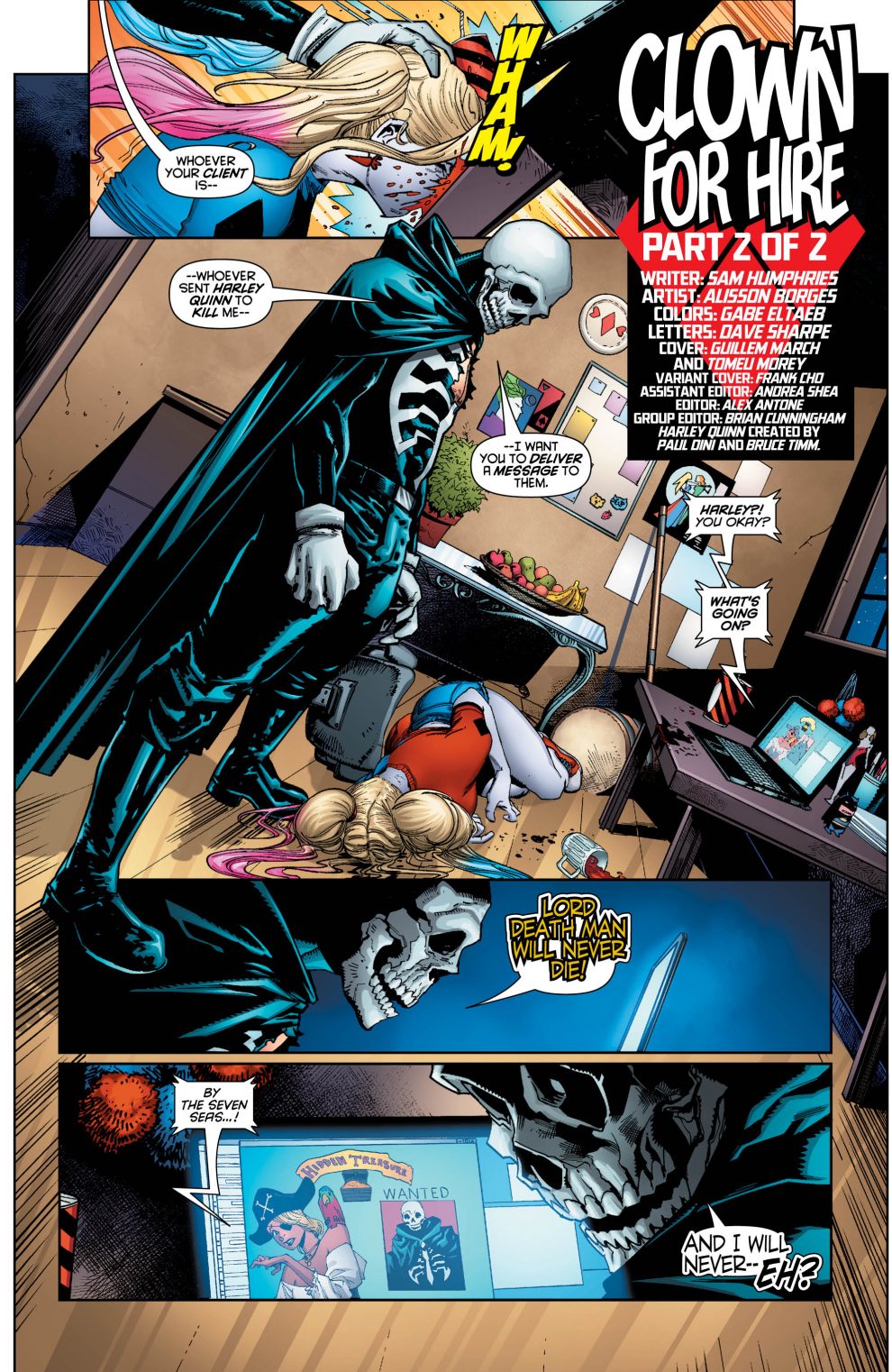 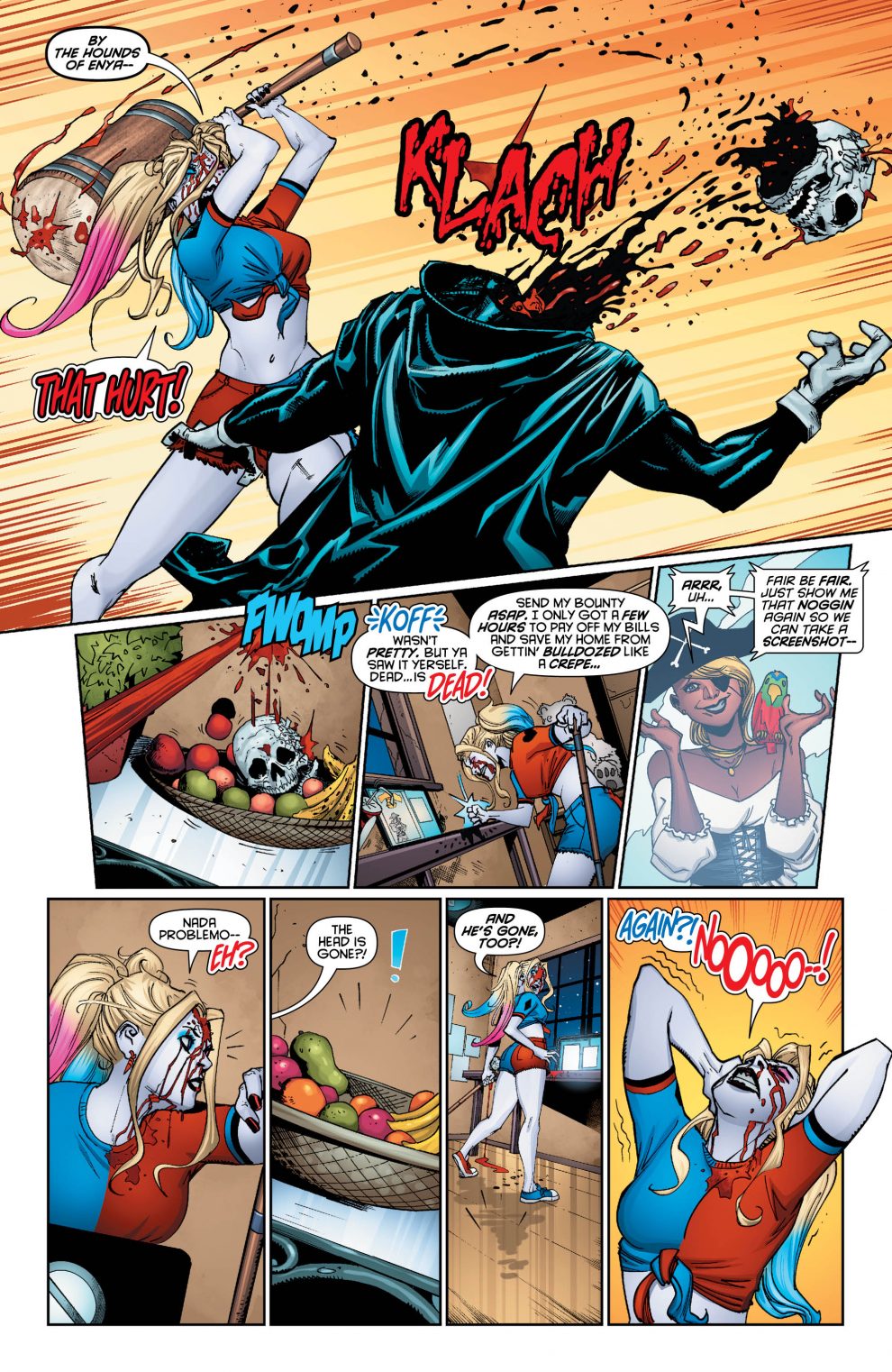 After the “Clown for Hire” story resolves, Humphries briefly sets up the premise of Harley Quinn #50. The last few pages show a DC Comics Executive distressed over Harley having “Broken DC’s continuity”. For those who have followed the title from the beginning, this preview for Harley Quinn #50 strikes a similar tone to #0 – a goofy meta romp through the DCU. As far as hooks go, this one works, as I found myself eager to read the next issue.

Borges’ art works well for the issue. She delivers clean, cartoony pencils that underscore the tone and tenor of the title. Also, her work aids the plot beats of the issue – especially the aforementioned ruse to kill Lord Death Man. Her well-paced panels help execute the punchline of this sequence.

Nevertheless, I found that Borges’ style mimetic instead of innovative. It’s obvious Borges is channeling her inner Amanda Conner, and as far as imitations go, Borges isn’t bad, but I was by no means blown away.

Harley Quinn #49 is an improvement over the previous issue. It delivers a goofy plot with over-the-top, Looney Tunes violence and uncouth comedy.  Humphries and Borges seem to have found their footing after a stumble. If you’re a fan of Harley Quinn, give this issue a read. You won’t be disappointed.