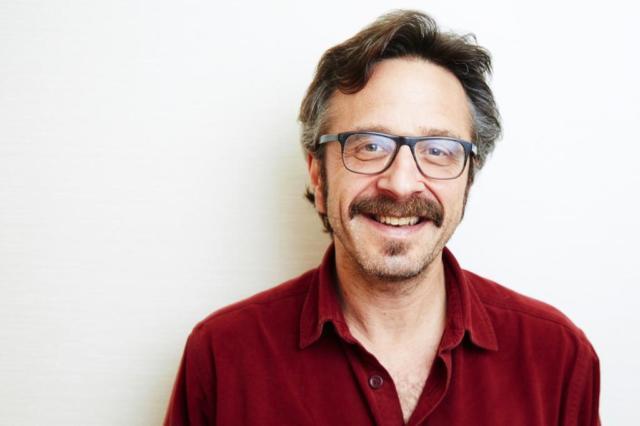 Marc Maron’s role in the upcoming and much anticipated Joker movie may have finally been revealed. That is if word from That Hashtag Show is to be believed. Maron is just fresh from the Glow Season 2 closing, and if you haven’t had a chance to watch the series, it is one that I certainly recommend. For Joker it is believed that he will be moving from one producer/director type of character to producing waves as the guest on a radio talk show radio of which Robert DeNiro’s character is host.

I know I’m not the only one excited to see the way this stellar cast is going to bounce off each other. I am highly anticipating the scenes where Robert DeNiro and Marc will be opposite one another.

DeNiro was the first to be publicly attached to the movie as an actor, and many more have come on board since. The list of talented names includes Joaquin Phoenix and Zazie Beetz being included as well. Alec Baldwin was set to be on the cast list as well as Bruvce’s father Thomas Wayne.  For unknown reasons days after the information was released to the public; he backed out of the project.

Joker, which will be directed by Todd Phillips, is set to release in October of 2019. With Alec leaving, the role of Thomas Wayne remains open. While there are plenty who could step in and take over, I personally hope that Clive Owen steps in and takes a chance on it. I mean, he has already rocked a stache in the TV series The Knick.