‘Justice League’ Was There An Anti-Life Equation Reference?

The Justice League movie was something that DC Comics fans had been waiting many years for. Expectations were high, but the final result not exactly as expected.

From release until now, fans are still speculating  upon many theories on why the movie didn’t live up to expectations. Now, WetaFX have revealed on their website something that could have changed the movie. What if the Justice League flashback had shown audiences Darkseid’s Anti-Life Equation?

It seems as if every day that goes by, a new rumor emerges about  how the Justice League movie may have been a completely different film had Zack Snyder completed it. New cut scenes, different effects shots and so much more. It makes me wish I could see all the storyboards!

A trusted source, ComicBook.com, states that WetaFX’s website mentions the Anti-Life Equation as if it had been part of the movie. They say it’s unclear as to why they brought it up, but the fact remains that they did. 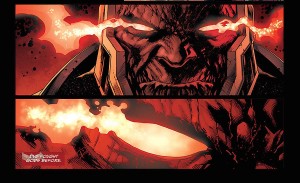 It’s stipulated that the Anti-Life Equation would’ve been part of the flashback. The scene, with that choice, could’ve been a major turning point in the movie. However, it never happened, and the reason why might never be revealed.

The visual effects company have made several updates on their website talking about what they’ve done for the DC Comics movies. Of course, by letting people know about the Anti-Life Equation, it didn’t take long for rumours to spread about what could’ve been. 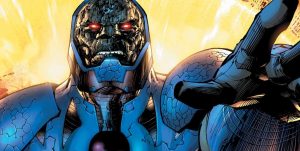 It seems that Darkseid had a role in the early storyboards and concept art, and many believe that the Anti-Life Equation could’ve been a focus point. It surely brings a few questions as to why it was taken away from the movie.

The Anti-Life Equation formula is a transcendental mathematical equation made to control the will of any sentient race. It possesses the people entirely and dominates them. It does have meaning and powerful results. Here’s what it looks like, from dc.wikia.com

Geoff Johns All About DC Comics