Deathstroke is probably my favorite member of Batman’s rogues gallery. The Joker has a lot of prestige and the Riddler appeals to me as an intellectual, but there’s something about Deathstroke. I like that he’s a dark mirror, he’s a near match for Batman’s skill-set, but has none of his code of ethics. His place on the cover of Batman: Arkham Origins made me even more excited to fight against him and now Sideshow Toys has brought the character to life with a thirty two centimeter statue.

Arkham Origins is worth a replay. All I remember from the fight with Deathstroke was a test of timing and skill in a battle of attrition. While he wasn’t in the game as much as a fan like me would like, having him guard a shelf or spare spot on my desk thanks to Sideshow more than makes up the difference. 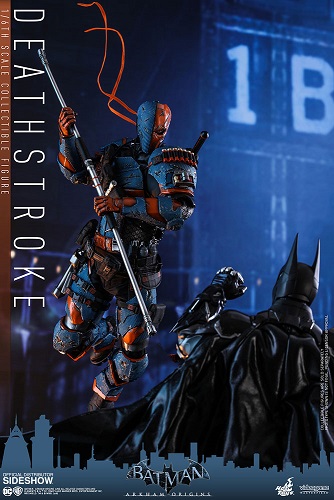 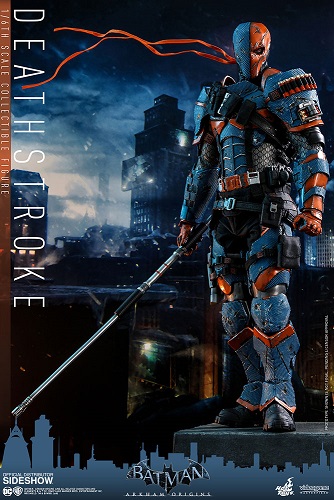 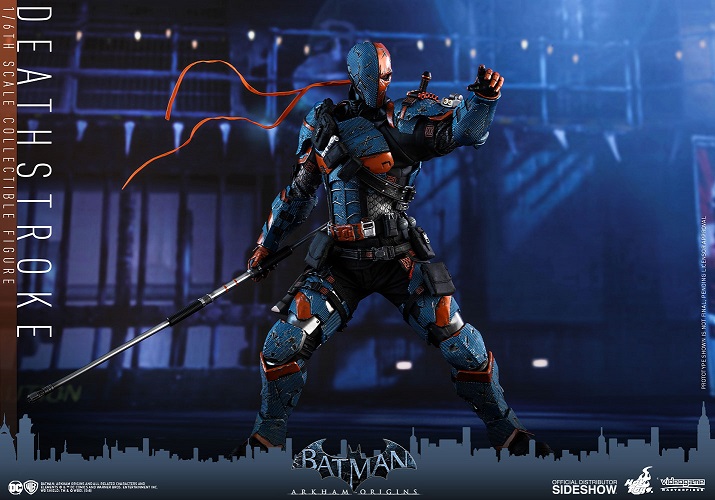 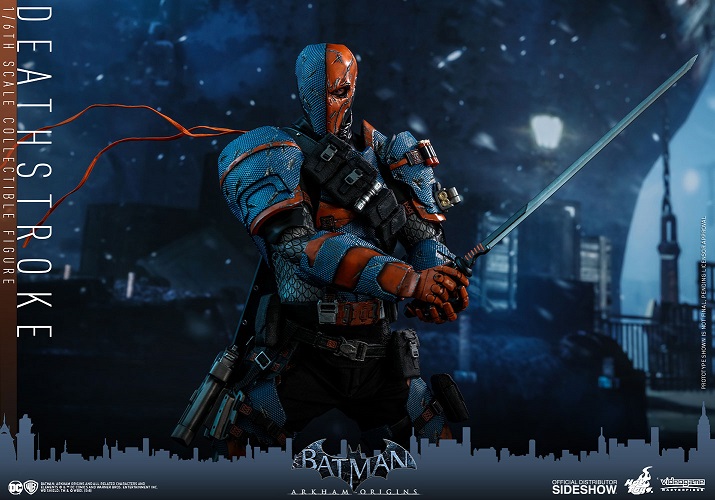 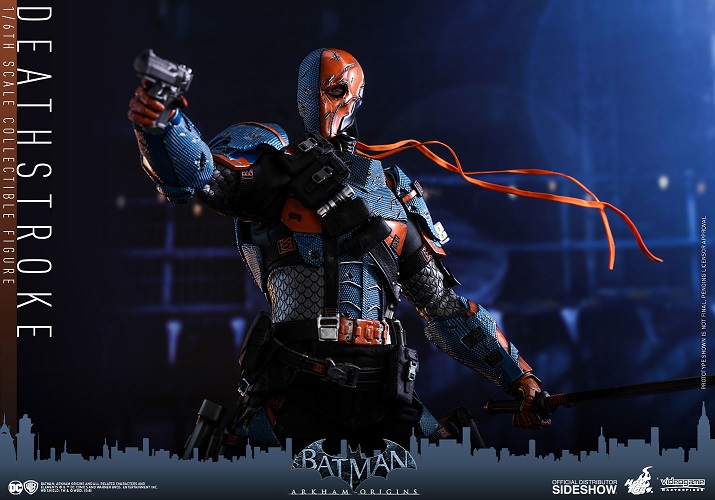 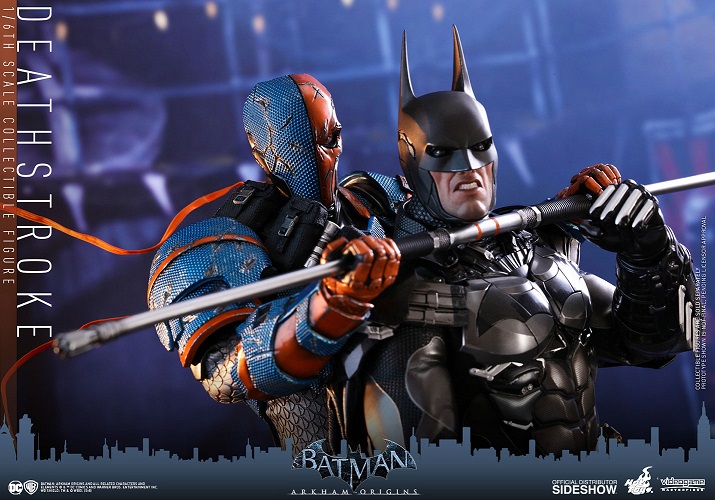 The statue comes with lots of extra accessories to help you diversify how you want to present Mr Wilson. Different sets of hands for making a fist, keeping them open and ready, or holding one of his many weapons. If you wanted to make sure he’s been through a war and has earned the time to relax on your shelf, then swap in the other chest plate, beaten down from the fight.

The exclusive Deathstroke figure is still in prototype stage and is set to ship from June 2019, so there’s plenty of time to hunt one down with as much skill and ruthlessness as he would.