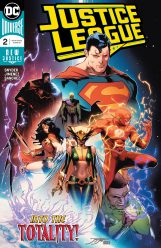 Damn! That Lex Luthor is cold, calculating so and so! Just when you think you are ahead of the curve, Luthor comes out of the side pocket and takes the lead.

Case in point: J’onn sends Bruce (in a freaky way) to recruit John Stewart to deal with the Totality. But Luthor has a contingency plan for that too! He also has devised a strategy to deal with Barry’s speed. Did I mention he has faked out his own Legion of Doom? Oh yeah, and he shrunk himself and is hanging in Clark’s veins.

Like I said (let me put my Chris Tucker voice on it)… DAAAAMMMMMN!

I have my suspicions as to why Luthor (at least, I think it’s Luthor) is in Kansas at the start of the story. Kryptonian DNA can be temperamental (wink-wink). 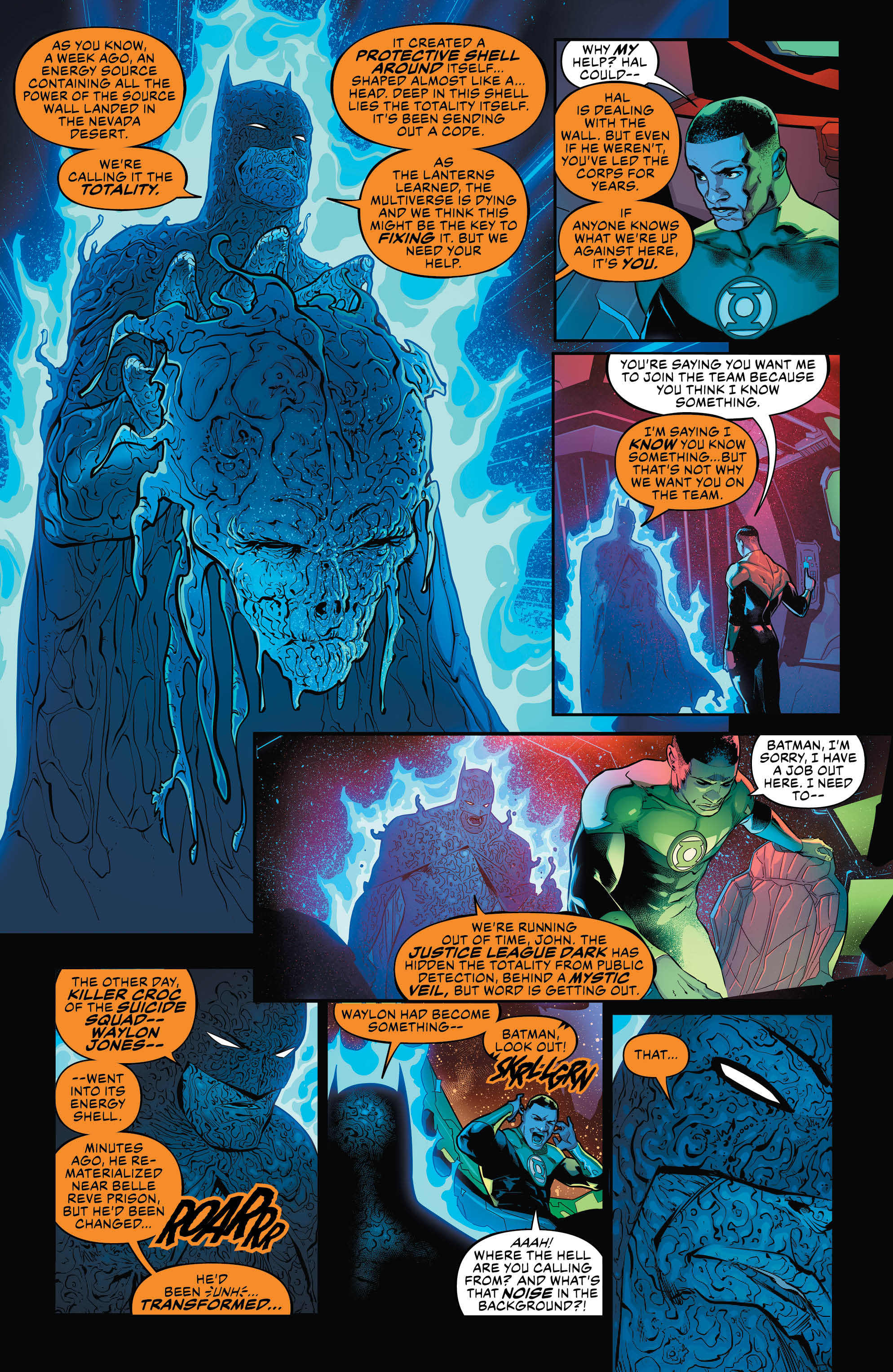 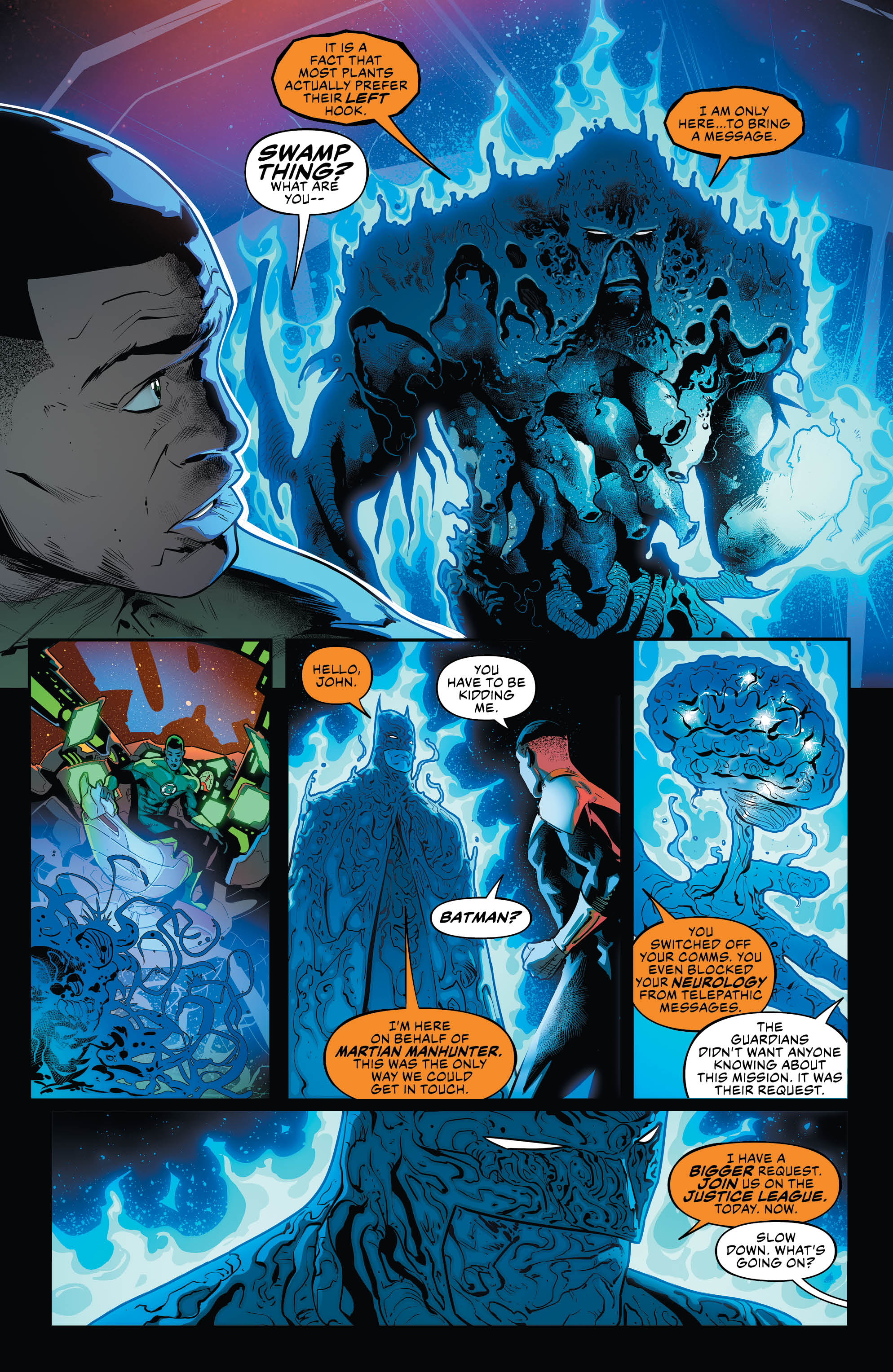 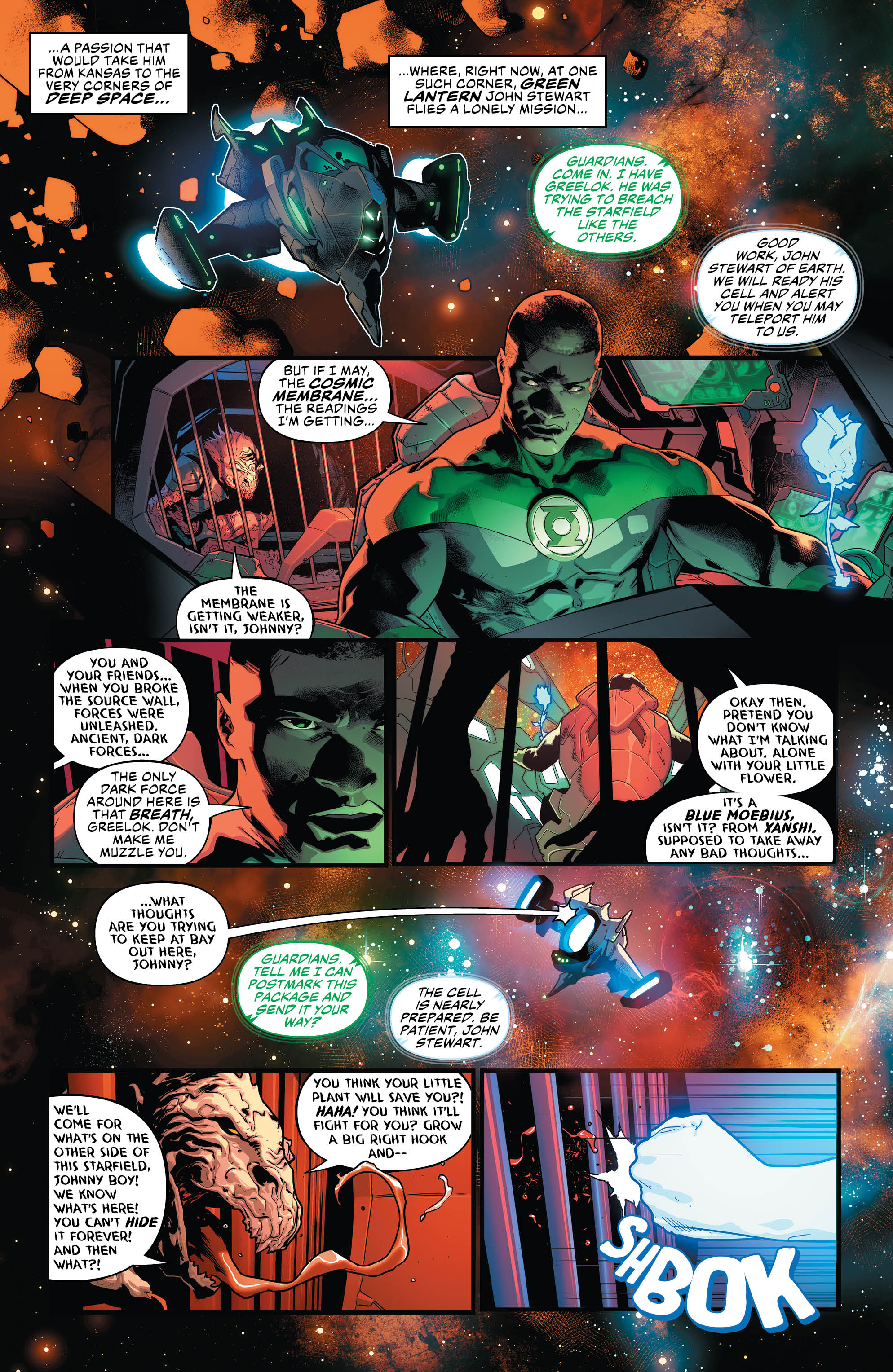 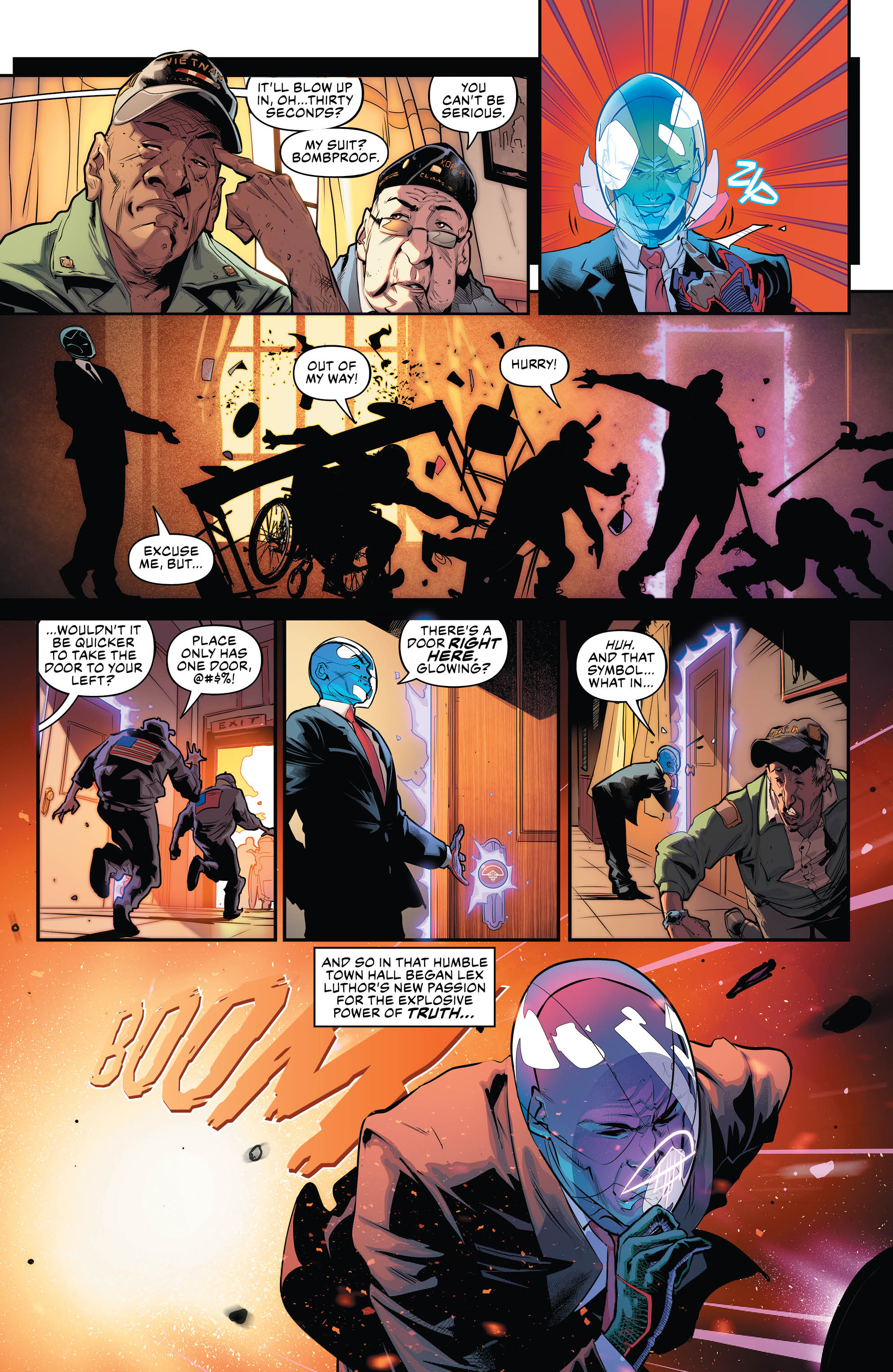 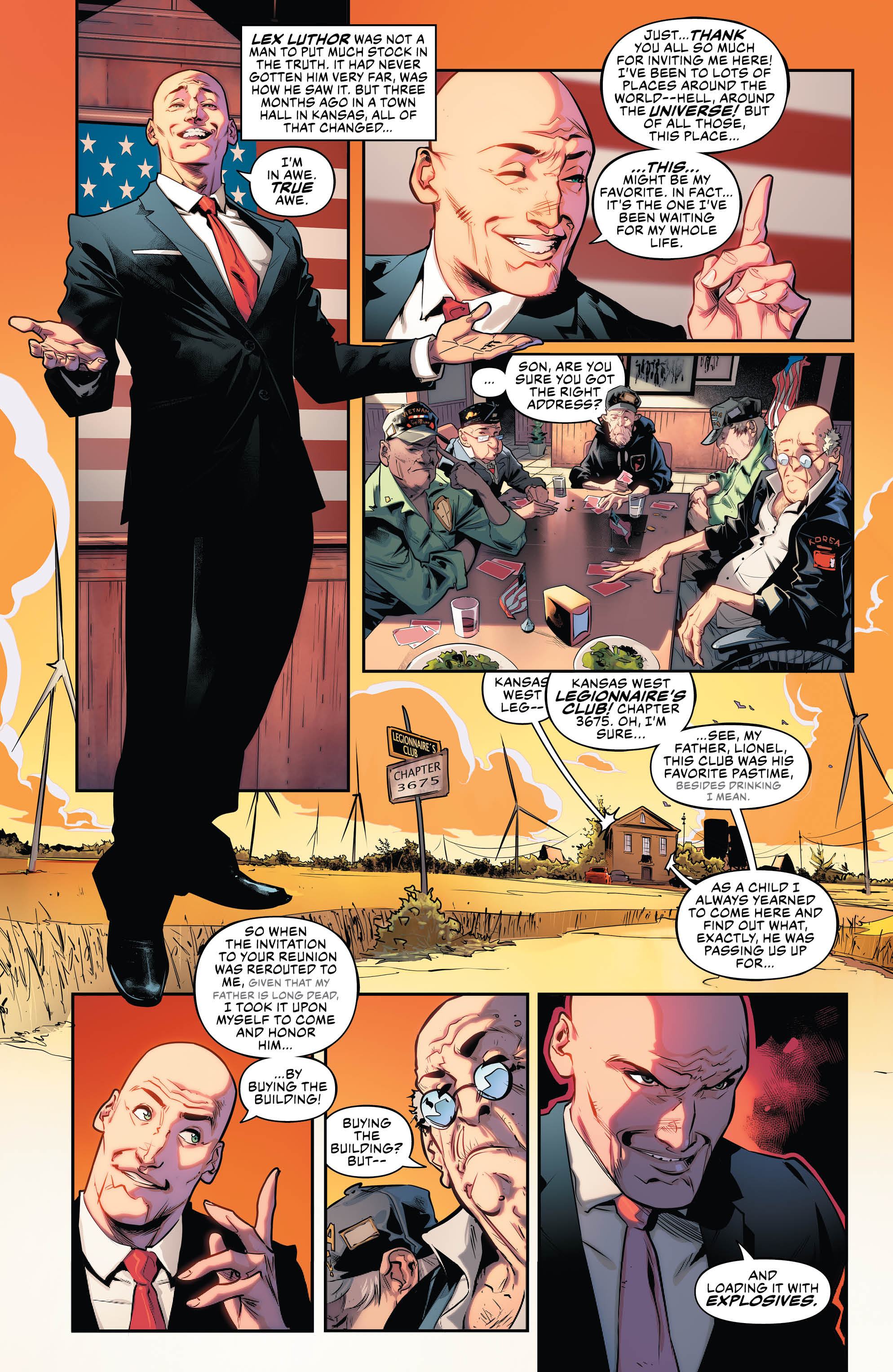 There is no doubt that Lex Luthor is a genius. The good news is that our team has few smart people on their roster too. Scott Snyder has cooked up quite the stew for the League. Full disclosure: I have not read comics in a while because I was busy reading textbooks for a degree. I didn’t think a comic could hold my interest. Snyder has successfully changed my mind!

Jorge Jiménez is a masterful artist. I enjoyed his work on Super-Sons (even though I haven’t read a lot of comic books, I would sneak peaks at some issues between studying). I enjoyed his transitions between scapes and settings on issue #2. His art compliments Snyder’s writing very well.

This story is keeping a fast pace. Faster than I initially expected. I was pleased to find out that the book comes out bi-weekly. I can’t wait to find out what Snyder (and/or Luthor) has cooked up for the Justice League!

For more on this book, check out Justice League #2 at dccomics.com. And read our sister site’s review of this issue at dccomicsnews.com.

Jim Lee Reveals Next Story Getting The Unwrapped Treatment