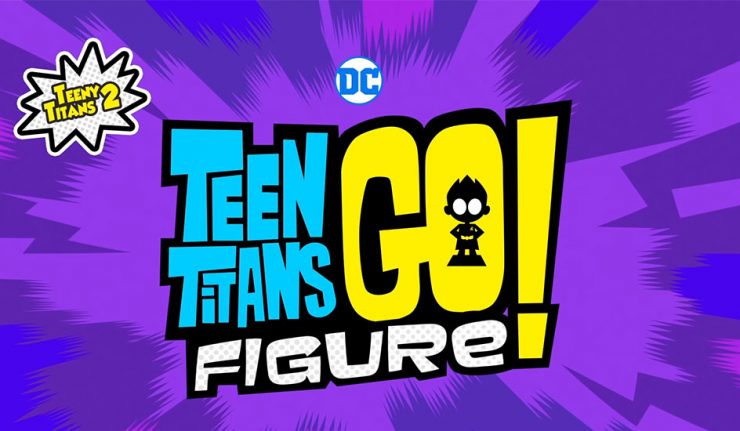 Since 2013, Cartoon Network has been riding the success of the wildly popular Teen Titans GO! series, which was a sequel series of sorts to the animated Teen Titans. Instead, however, the show had a completely different animation style, focusing more so the comedic, 4th wall-breaking aspect of the show.

The show has been so successful that they’re actually getting a feature film set to debut in theatres on July 27, 2018.

However, back in 2016, unbeknownst to me, Cartoon Network in association with game developer Grumpyface Studios, released a Teen Titans GO! mobile game. Teeny Titans is a bit of a fighter/role playing game. It focused on collecting action figures to be used in cartoony fisticuffs. Aside from the Titans, you had access to a good portion of the DC superheroes. It was a not a free mobile game, costing $3.99 (currently on sale for $1.99) and figures in the game were available for purchase at retail stores.

Well, two years later, to likely help hype up Teen Titans GO! to the Movies, Cartoon Network is doubling down on the “go” puns and released the trailer for Teen Titans GO! Figure. It is the sequel to Teeny Titans.

Pre-registration is currently live at the Google Play Store and the iTunes App Store. The game will be officially released on July 19 for $3.99.

Surprisingly, it looks great. The option to play other DC heroes and seeing how they would function in the “GO!” universe certainly intrigues me. However, that’s a pretty hefty price for a mobile game. For those of you who really enjoy that universe, this looks like a game to download.

Download it on July 19th and be sure to check out Teen Titans GO! to the Movies in theatres on July 27th.