To Batrimony and Beyond: Final Batman #50 and Catwoman #1 Covers released

It’s a couple of weeks away, ladies and gentlemen. The next big event release from DC Comics will be the Bat/Cat wedding. We can only hope their special day goes off without a hitch… but we can only assume that it won’t.

Have you read this week’s BATMAN #49? It was the Cat vs. the Clown in one exciting showdown that sets the stage for our giant anniversary issue – and the biggest union in comics! The Batrimony is real! BATMAN #50 HITS SHELVES IN TWO WEEKS!

In anticipation of the big event, attached are the final covers for BATMAN #50 and CATWOMAN #1, both on sale 7/4/18, for immediate release. Will the Joker succeed in stopping The Bat and The Cat from finding happiness? Be sure to read BATMAN #50 first, or you’ll spoil the big moment. 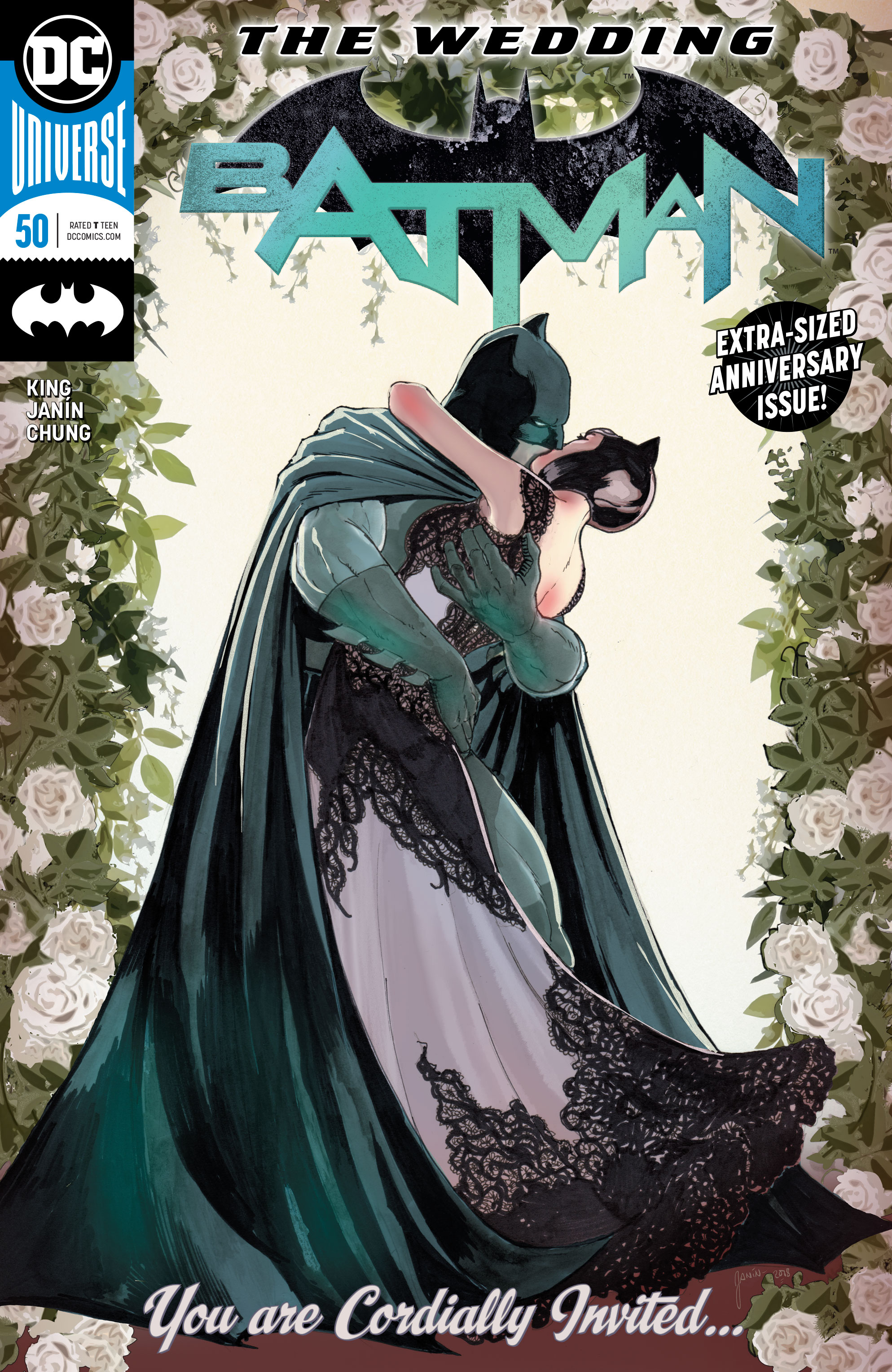 It’s the wedding you never thought you’d see! The Batrimony is real as Bruce Wayne and Selina Kyle are set to tie the knot in a can’t-miss, extra-length milestone issue that will reshape Gotham City. All their friends (and a few enemies?) will be party to a comic book coupling for the ages. Superstar scribe Tom King officiates the sure-to-be-offbeat nuptials, joined by an all-star lineup of guest classic Bat-artists doffing their hats to the lucky couple in a series of pre-wedding flashback scenes sure to set the romantic mood. 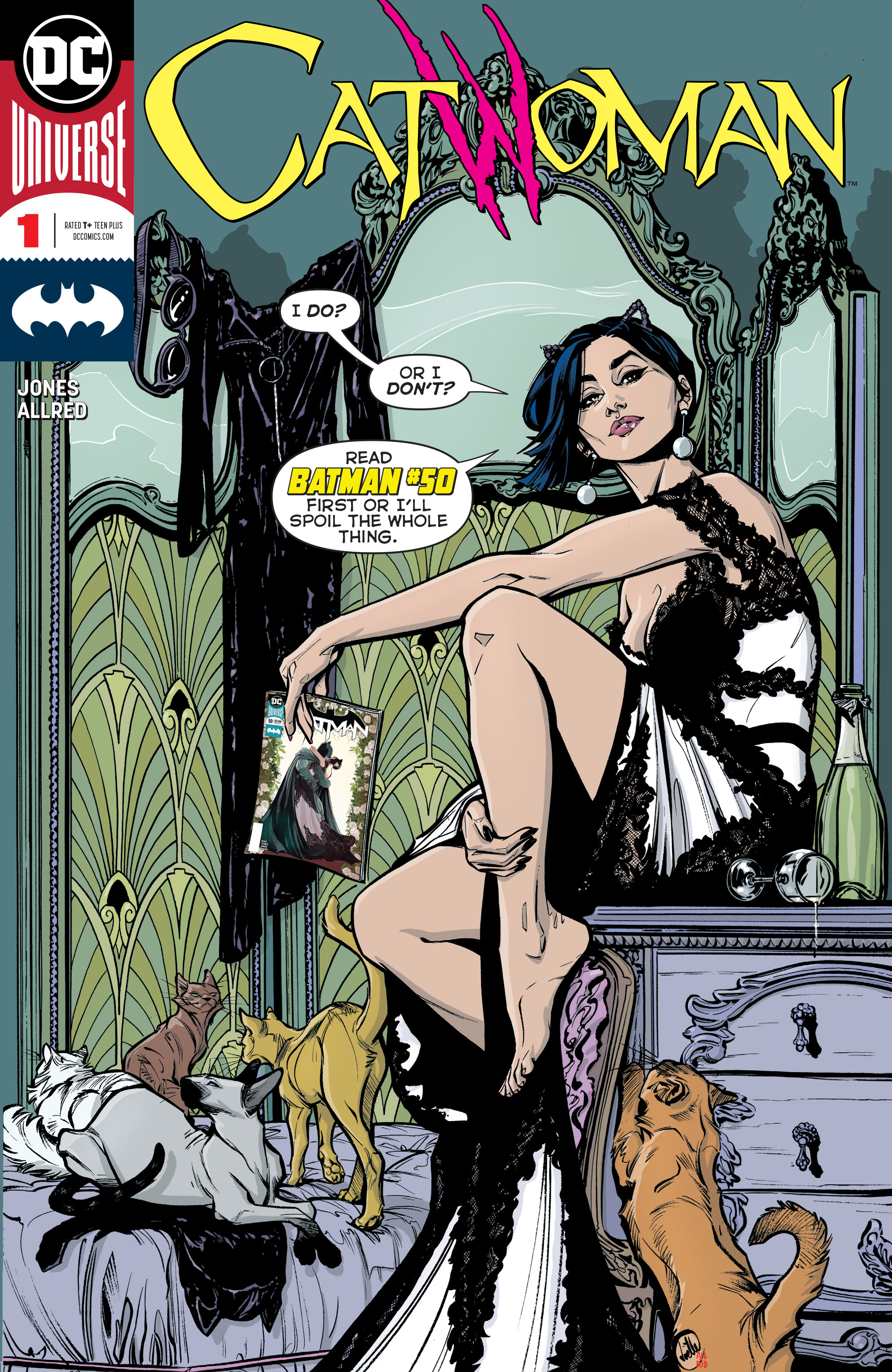 The wedding night’s barely over, but Catwoman’s back on the streets, this time to expose a copycat who’s pulling heists around Gotham City. As Selina cracks the whip on her former criminal cohorts, she’s attracting unwanted attention from one of Gotham’s most dangerous groups. The mob? Nope. Try the GCPD. And as if the Bat-Bride didn’t have enough problems, don’t miss the debut of an all-new villain determined to make trouble for all nine of Selina’s lives. Don’t miss the start of an all-new monthly series written and illustrated by Eisner Award-nominee Joëlle Jones!

The covers of these important issues are excellent, and it makes total sense for them to come out at the same time. The “meta” call backs between them leave me guessing as to whether it happened. I wasn’t doubting it before, but now I’m even more excited to grab my copies.