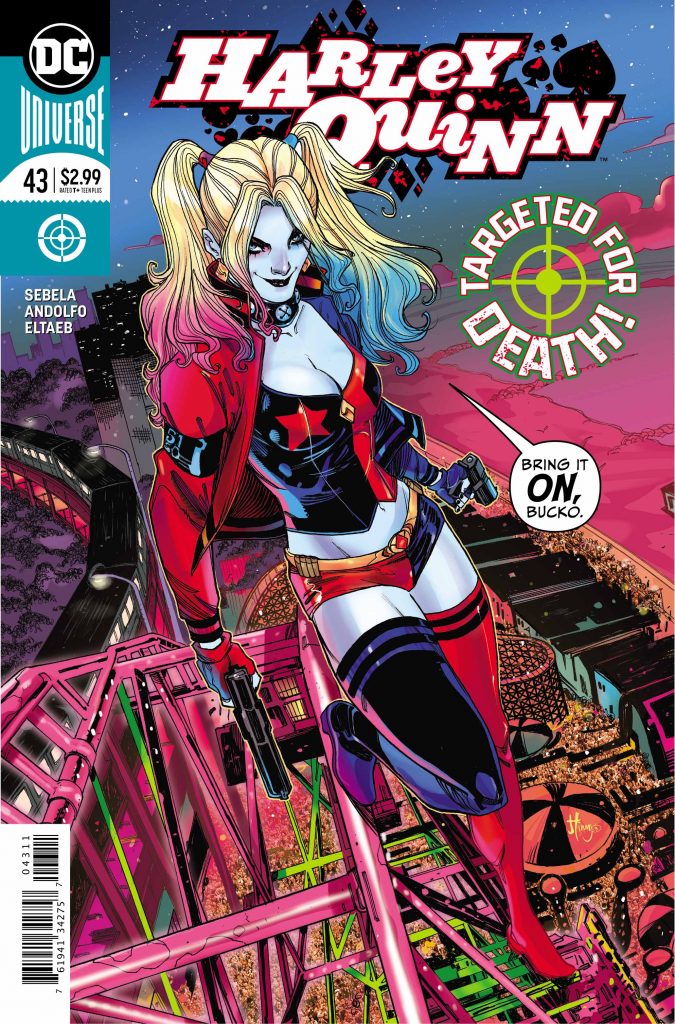 Harley Quinn is not my normal review assignment. In fact, Harley Quinn #43 is the first issue I’ve read of this title. The issue begins by highlighting Harley’s paranoia. She tracks down those who would harm her by following seemingly delusional clues. Somehow, these clues add up and lead Harley into deeper trouble.

Right away, some things stood out. First, the volume of dialogue is noticeably higher. Letterer, Dave Sharpe, has his work cut out for him! A variety of fonts and colors offset Harley’s outbursts amongst the rapid-fire verbiage. The narrative is vintage Harley – loud, seemingly random, and all-over-the-place. She talks to herself in the form of a taxidermied beaver named, Bernie, for crying out loud!

While the overarching plot was fairly straightforward, it was not easy to follow. In fact, it was distracting – particularly for someone unfamiliar with Harley Quinn style and back issues. Still, Sebela infused the pages with humorous moments that added some joy to reading and revealed more of the title character.

And, yet, it ends up working out. The issue moved toward a cliff-hanger ending and started the new arch well. Harley meets “Frankie,” who has endured and escaped the twisted hypnosis of Professor Pyg. Pyg’s threat will no doubt come back to the fore in subsequent issues. But, the big bad set up here is “The Reaper” – a cult filled with hooded, skull-masked men bent on the downfall of the wealthy. 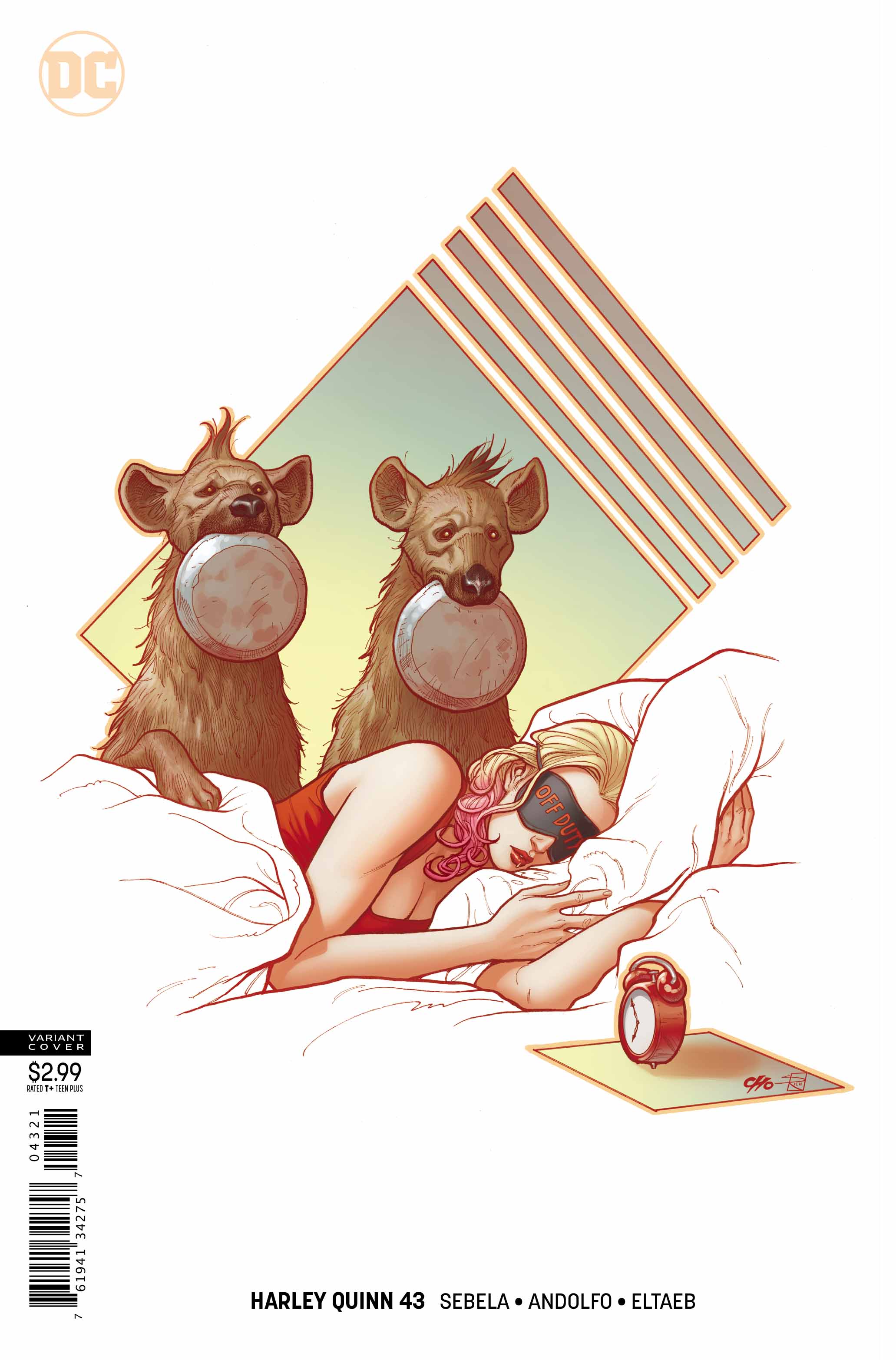 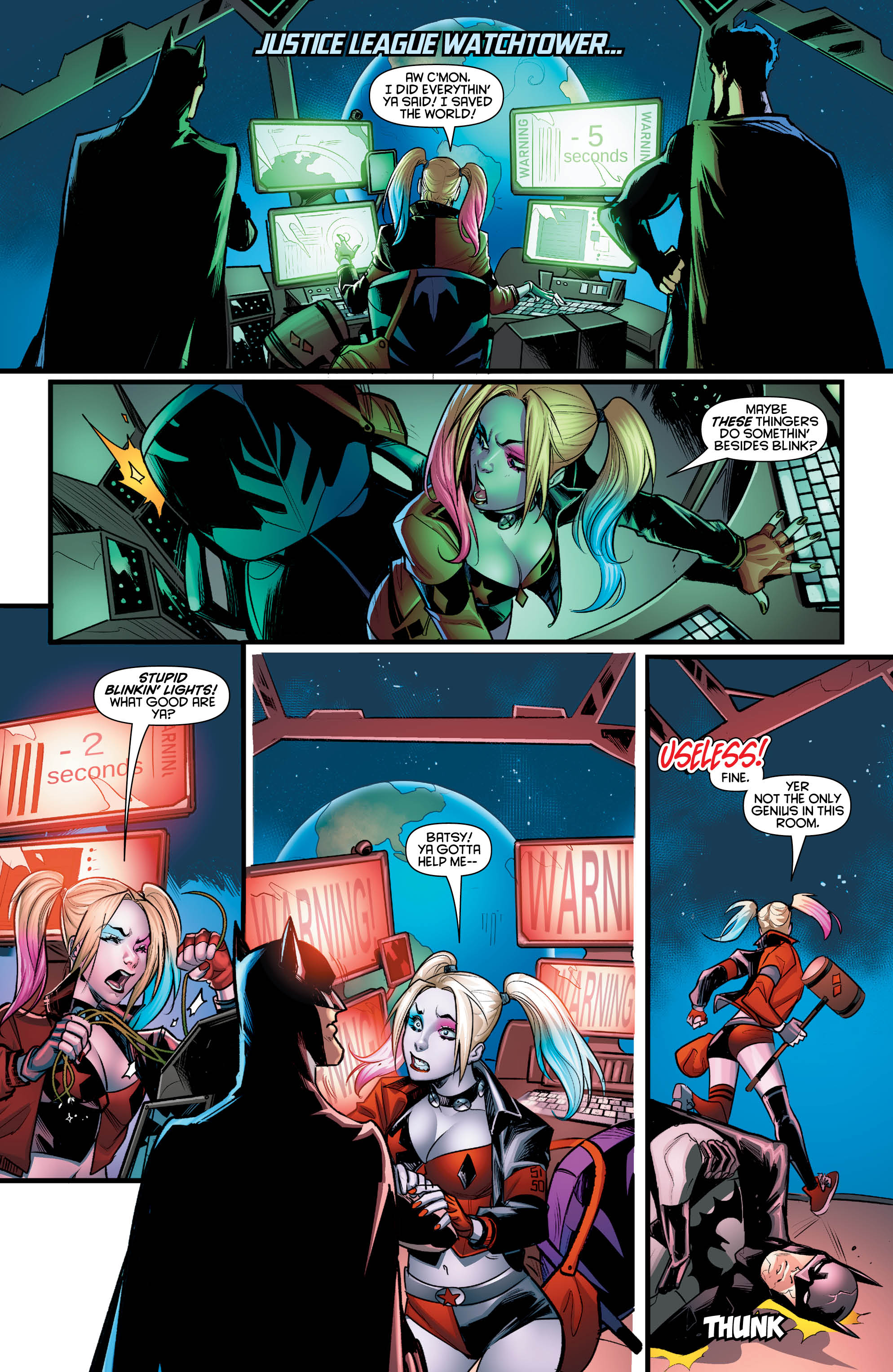 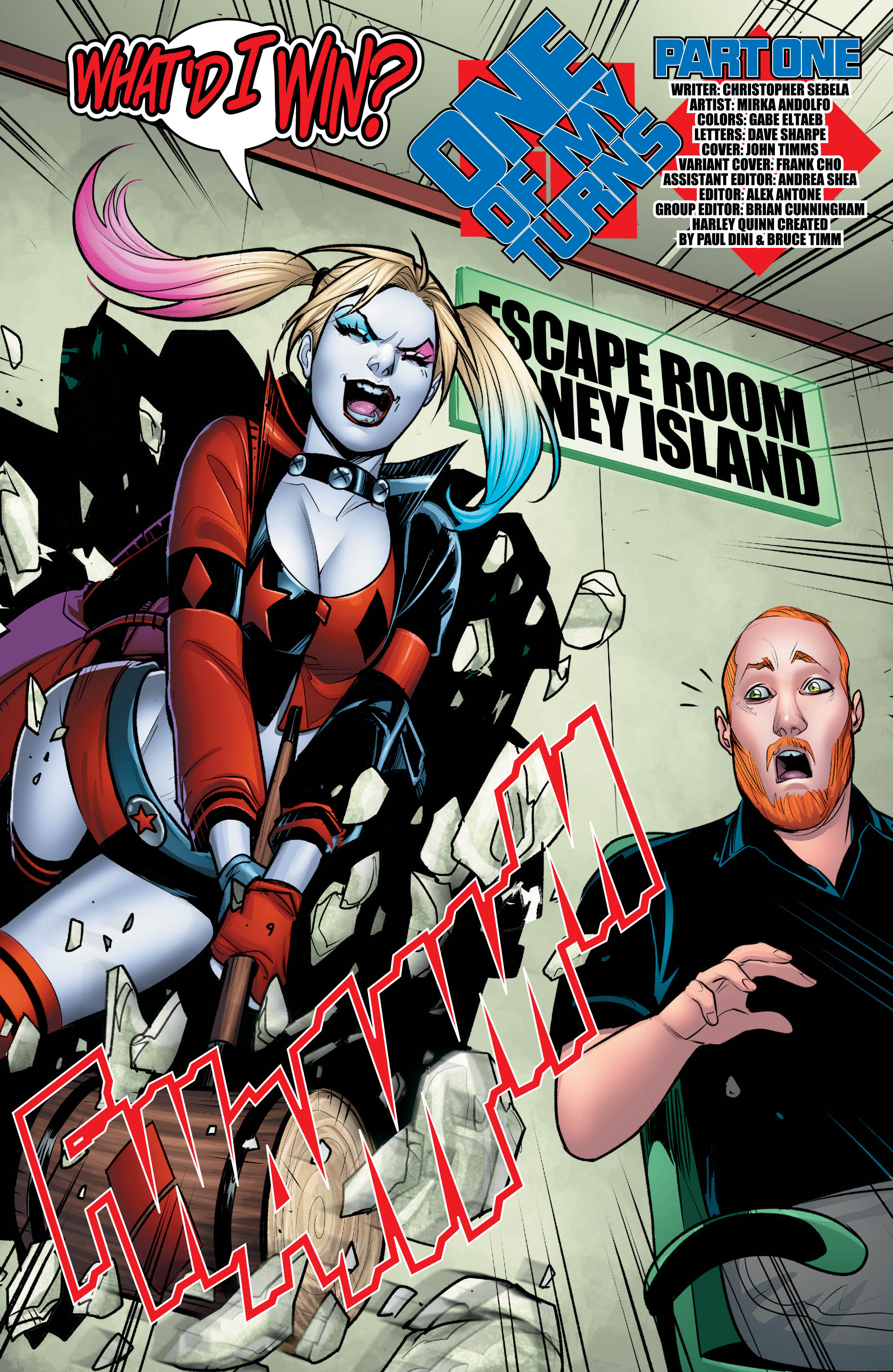 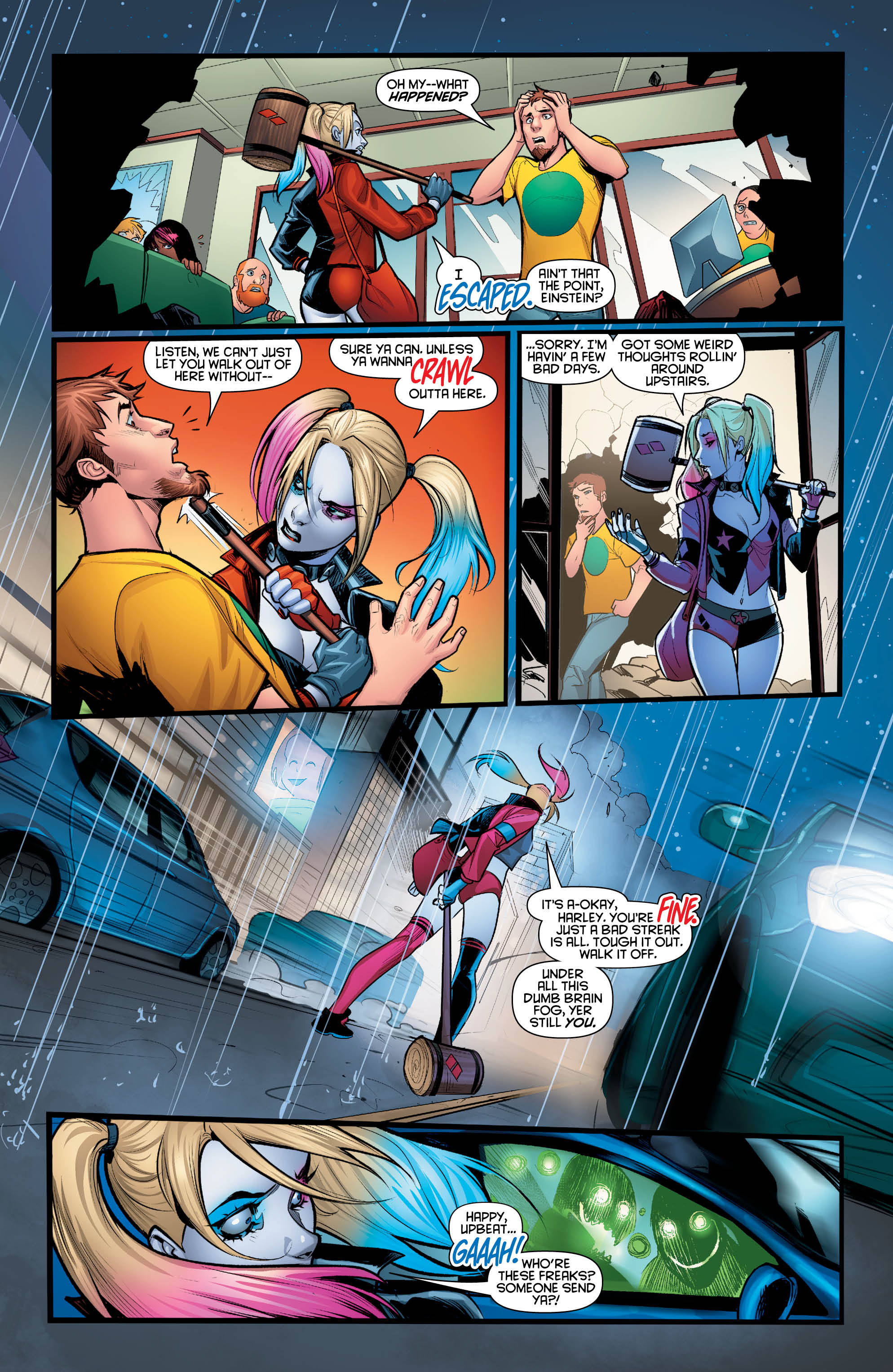 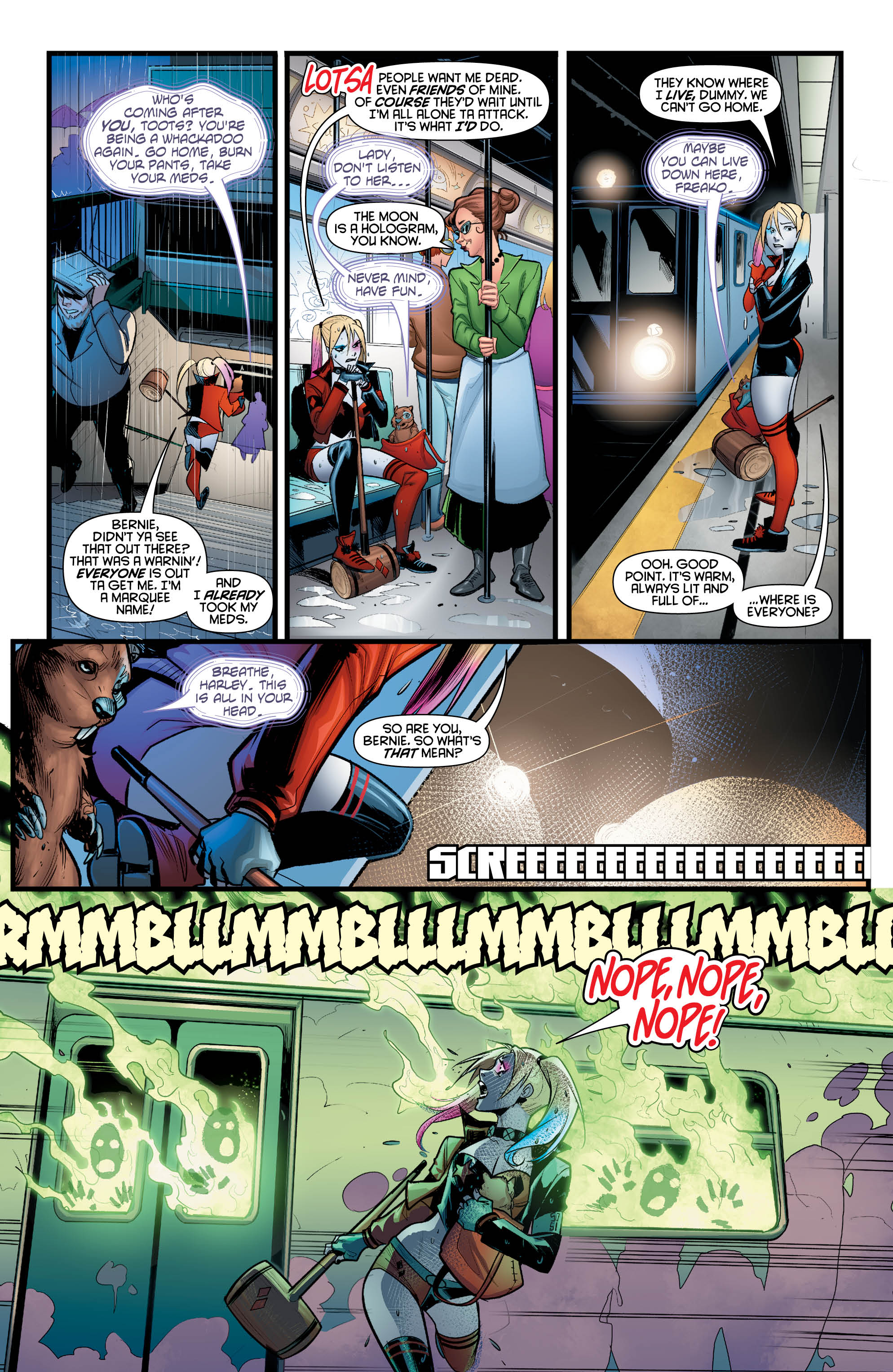 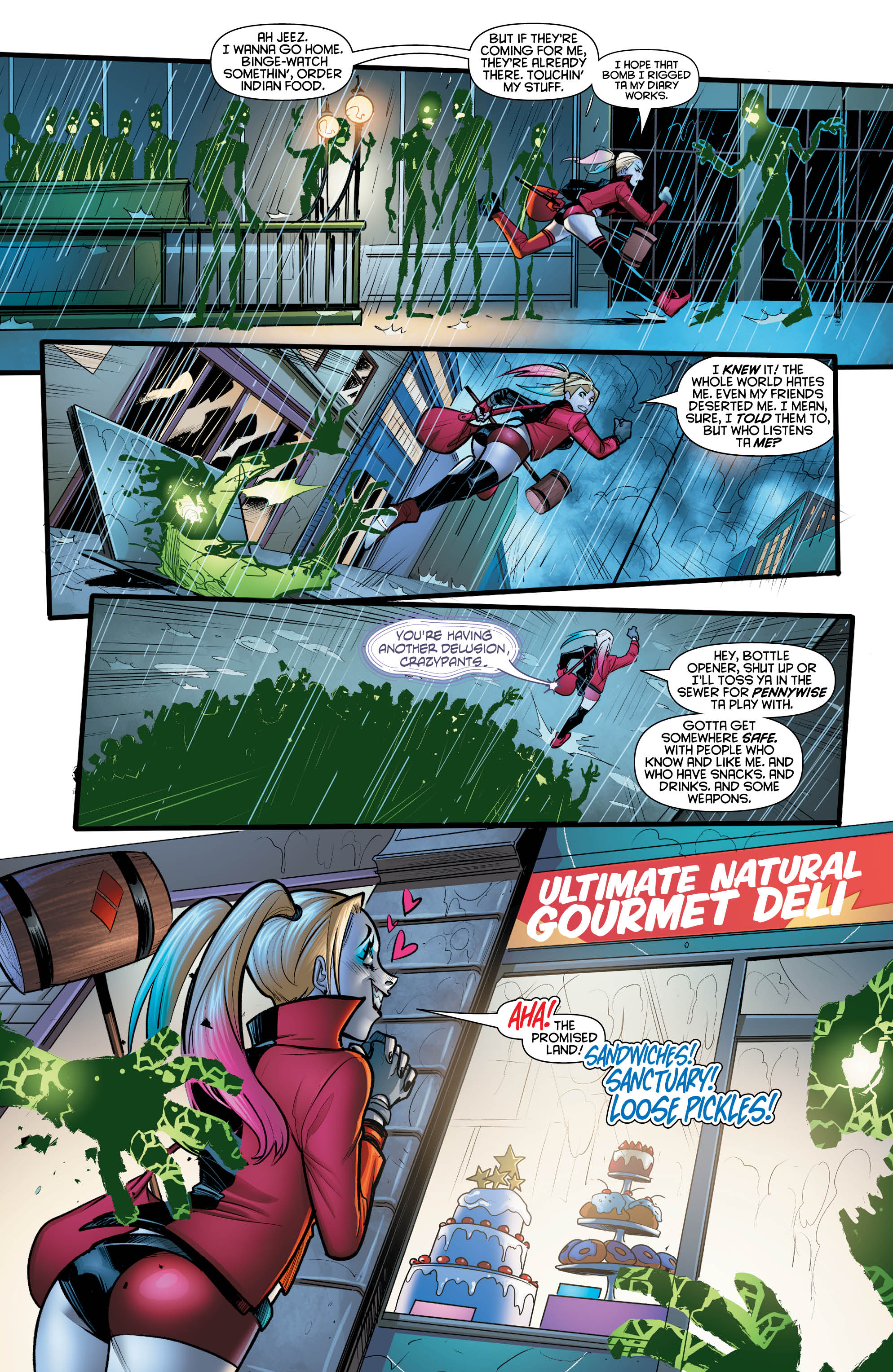 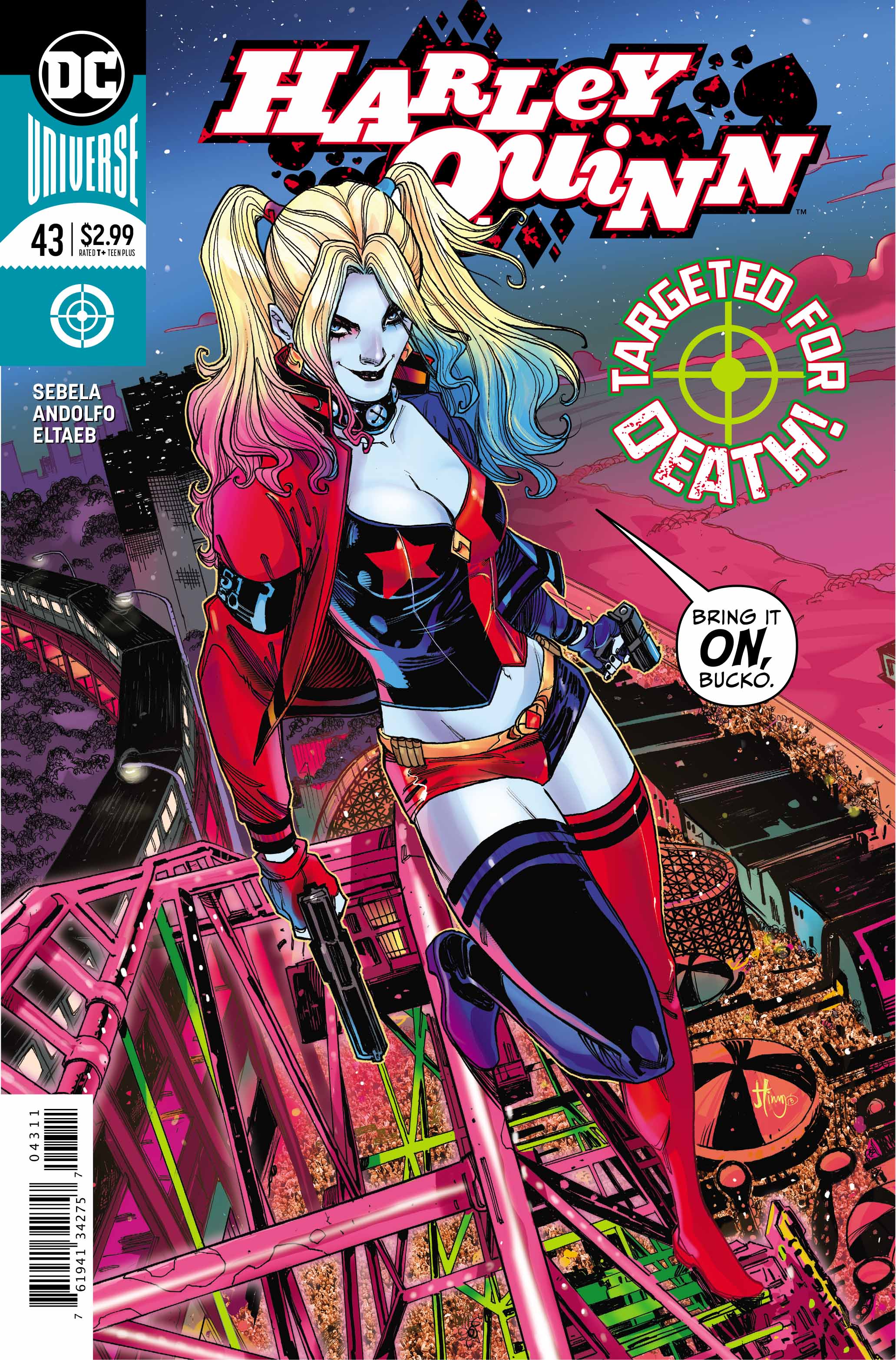 Second, the use of color in Harley Quinn stood out. Gabe Eltaeb’s choice of pink and green hues dominated the panels. The issue was well rendered and visually appealing. The layout of panels on the pages added interest. Facial features were expressive and added depth and emotion. The settings in the background were impressive and framed and supported the story well.

Harley said it best, “Ya want the good crazy? Well, this is the ugly crazy that comes with it.” Harley Quinn #43 was a bit of the bad crazy. It was a mess. But, the mess was endearing in ways, just like its titular character. Here’s hoping the next issue brings more of the good crazy.