The fine artists at Sideshow have done it again. You might remember our recent review of their Gotham Nightmares statues. Looking at those statues, you would think that they’re content on doing super realistic statues in the Batman universe. The surprises in style are back again. 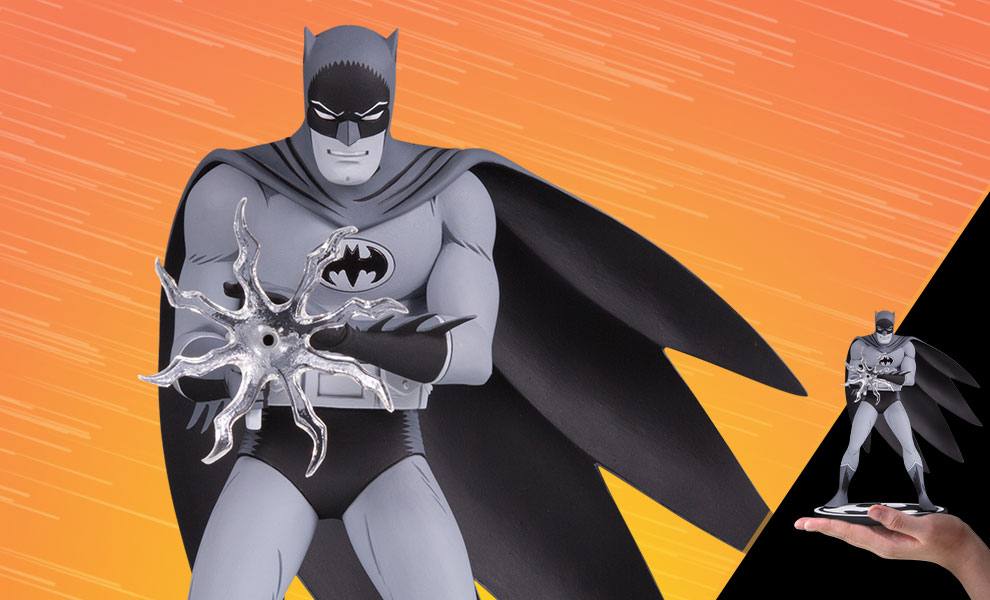 First of all comes the statue of The Dark Knight himself. I already covered a more horrifying take on Batman and the Joker, so I expected that kind of realism again, but Sideshow know how to turn our expectations around on us. This take looks more like a great shot out to the Lewis Wilson film serials of the 1940’s, or the iconic pencils of Dick Sprang, or Carmine Infantino.

The piece is based on Jiro Kuwata’s design from the1960s Batman manga series.

Personally, I find this piece a little strange. Is that a lazer gun he’s holding? You’d think it was his grapnel gun, but he wouldn’t point that right at you, and the hook to the grapple would be coming out. Still though, the detailed creases in the cape, the blocky utility belt, and stern face will make him welcome on many shelves.

New offerings from Sideshow, equally stylish, are those of Batman’s closest allies. I like it when we get a new take on a classic character, and that’s just what they’ve done with this Nightwing. Looking like a cross between a 1950’s greaser, with the hair and the jacket style, to a skater kid from down the block, with his hood up and long white socks. They’ve also applied a cartoonish look to him, with three-finger, gloved hands. Are those nunchucks he’s holding? Still, he’s the same guy we all know and love.

This piece joins the great “Artists Alley” collection, and is by comics creator and graphic designer Hainanu “Nooligan” Saulque. 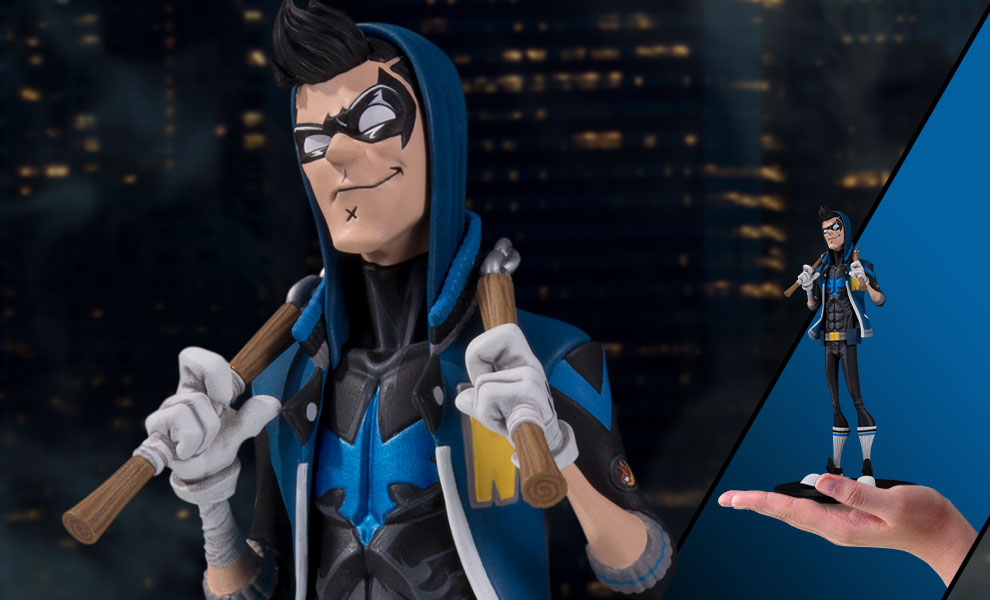 Lastly, Batgirl has been shown off by Sideshow with a completely different look. They’ve done a good job bringing her and Nightwing out at the same time. The bright reds bounce off his blue, and her look has a same skater style, with those long boots. The black-and-white match that classic Batman. The batarang in her hand is coloured to look shiny, and the smile is confident. 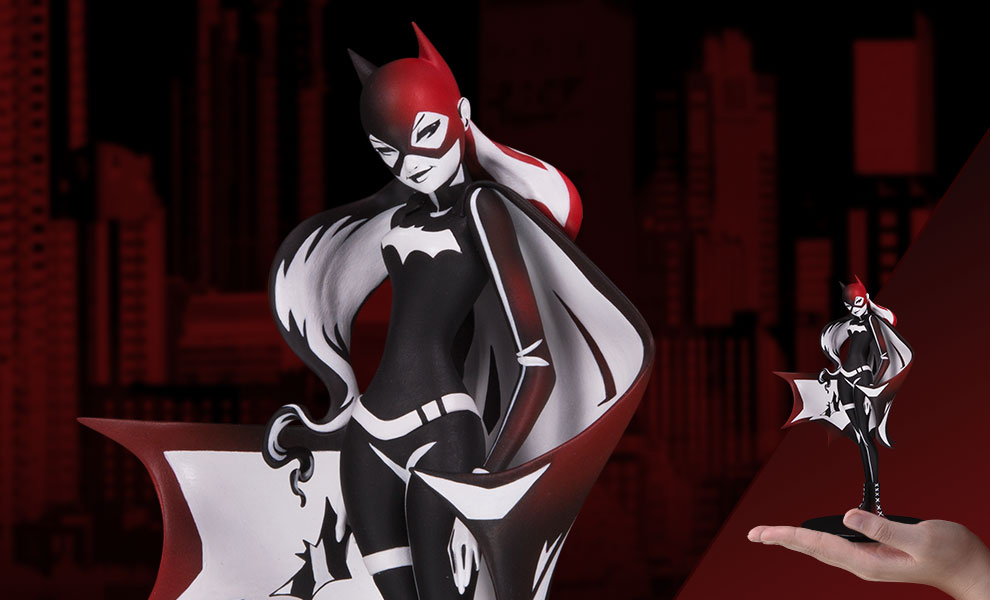 These stunning new pieces from the consistently good Sideshow can be found on their main page.