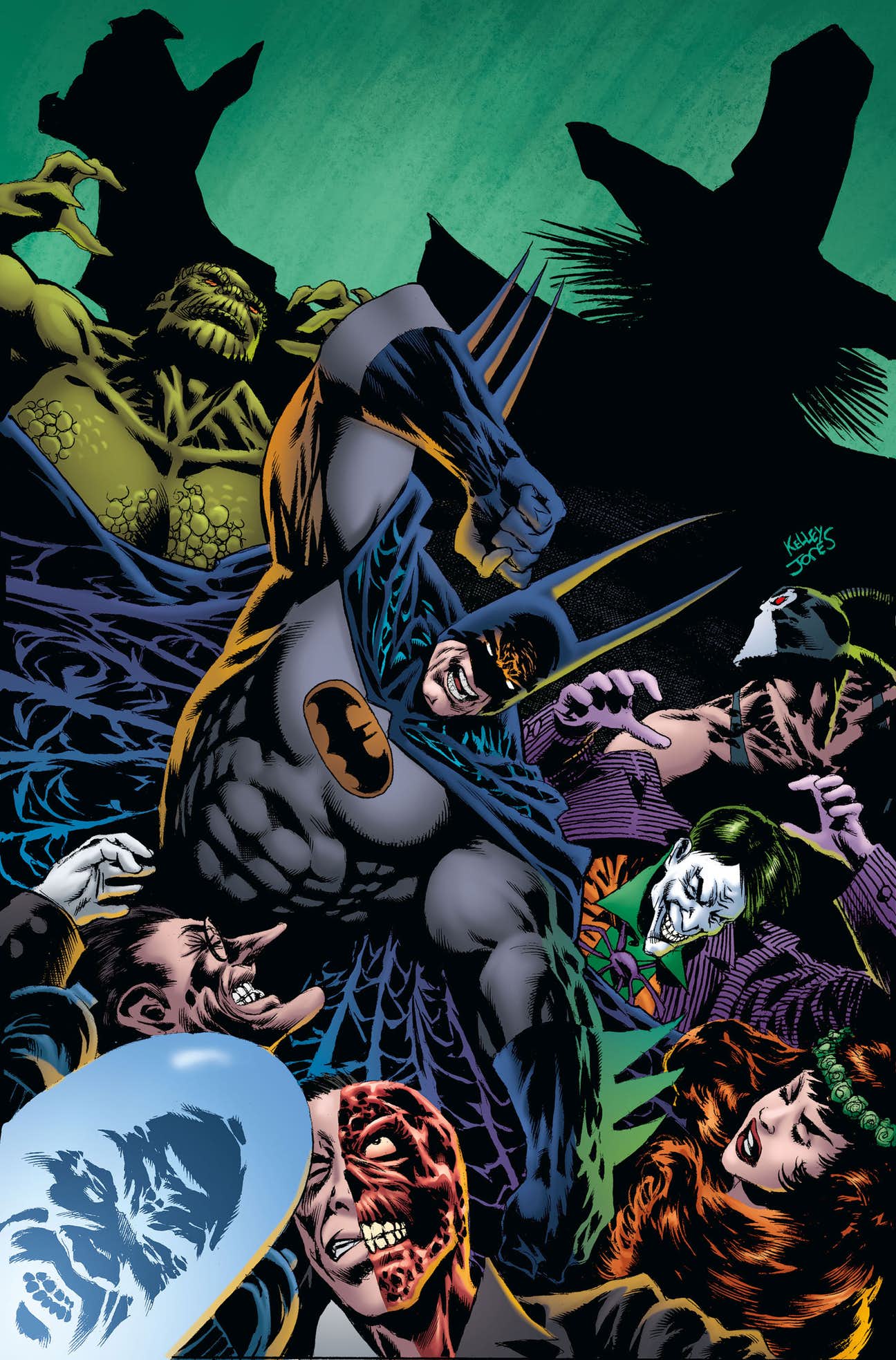 Kelley Jones is returning to draw Batman again in an all-new miniseries named Kings of Fear. Jones famously depicted Batman as a vampire in the Red Rain trilogy, and is a former artist on Detective Comics. On Kings of Fear, he will join former-Batman editor Scott Peterson on an adventure where Batman confronts his greatest fears thanks to Scarecrow’s fear toxin.

In an interview with CBR, Peterson discussed what are potentially Batman’s deepest fears. He also briefly talks about why they’re working on a story with the Scarecrow as the main antagonist.

“His greatest fears, from the origin stories, there’s the falling, there’s the bat in the cave, there’s obviously the fear that a loved one will die. But I thought, what’s underneath all that? I suddenly thought, ‘Oh, that’s his greatest fear’ — which I’m not going to tell you right now.  By this point, there have been so many great stories done with all the villains. It did feel like, given how integral to Batman as a character both in the real world and in the comic book world fear is, that there was still more yet to be said with the Scarecrow, or at least a take that I hadn’t quite seen.”

Jones continues and promises Kings of Fear will also explore the consequences of Batman stepping in to do the police’s job.

Why does Gordon go along with this? He’s basically breaking the Fourth Amendment dealing with Batman. He’s this law and order guy, and there has to be an explanation more than friendship. There has to be an explanation of why does [Batman] keep grabbing all these crazies, putting them back in Arkham? They get out and he does it again. There has to be a bigger picture to this, and it can’t just be, ‘My mom and dad were shot.’ There’s a real solid reason that makes it all work.

Art and cover by Kelley Jones

Legendary artist Kelley Jones makes his triumphant return to the Dark KNight in this explosive miniseries written by former Batman editor Scott Peterson! Batman’s been overseeing Gotham City for years now and isn’t sure how much of a difference he’s making. Doubt, fear and insecurity are starting to take over. And as all of those negative feelings set in the Scarecrow orchestrates a riot in Arkham Asylum to give the Dark Knight one of his greatest challenges yet! This six-issue miniseries will see the Scarecrow in a horrifying new way that you’ll have to read to believe. 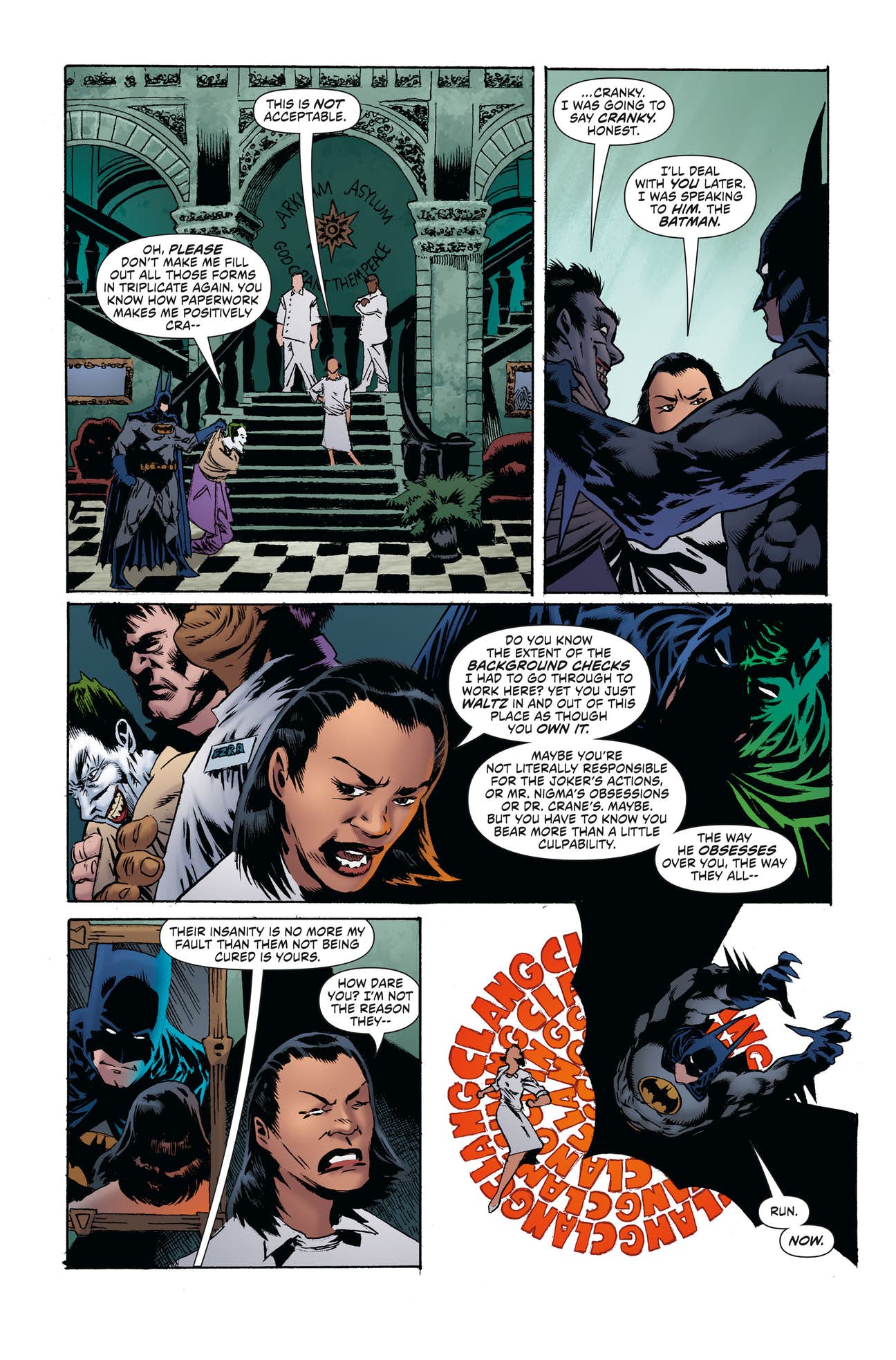 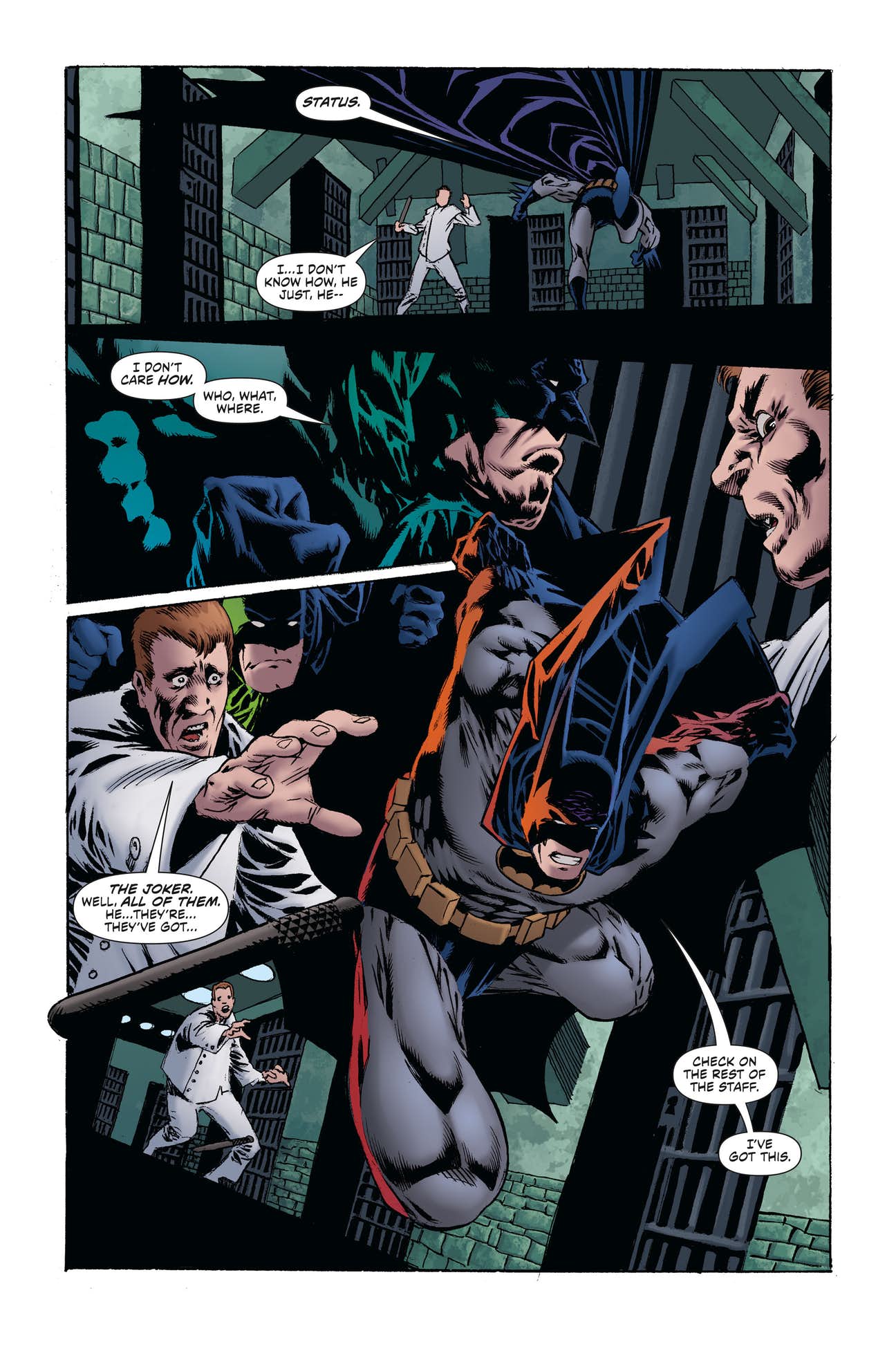 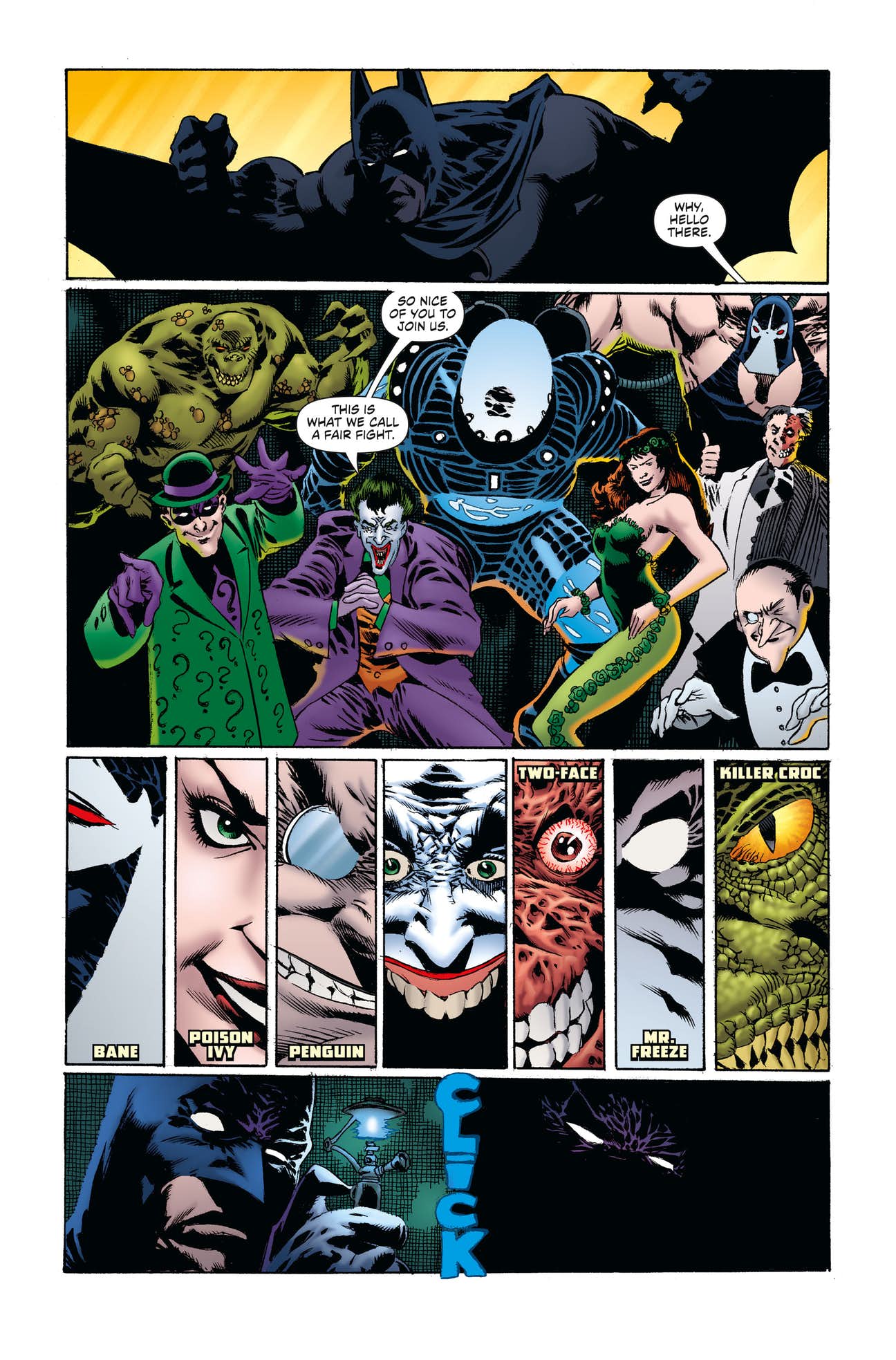 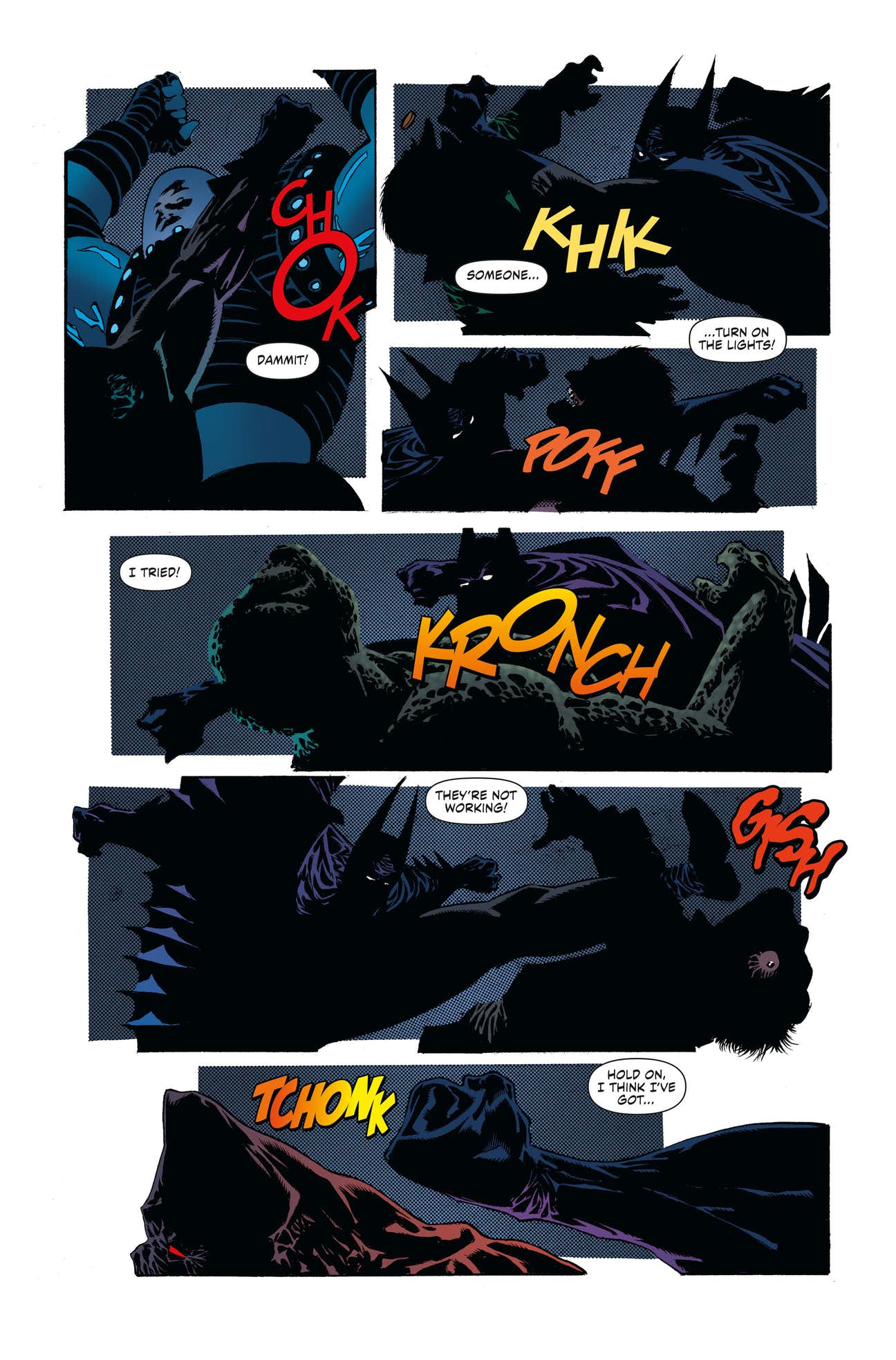 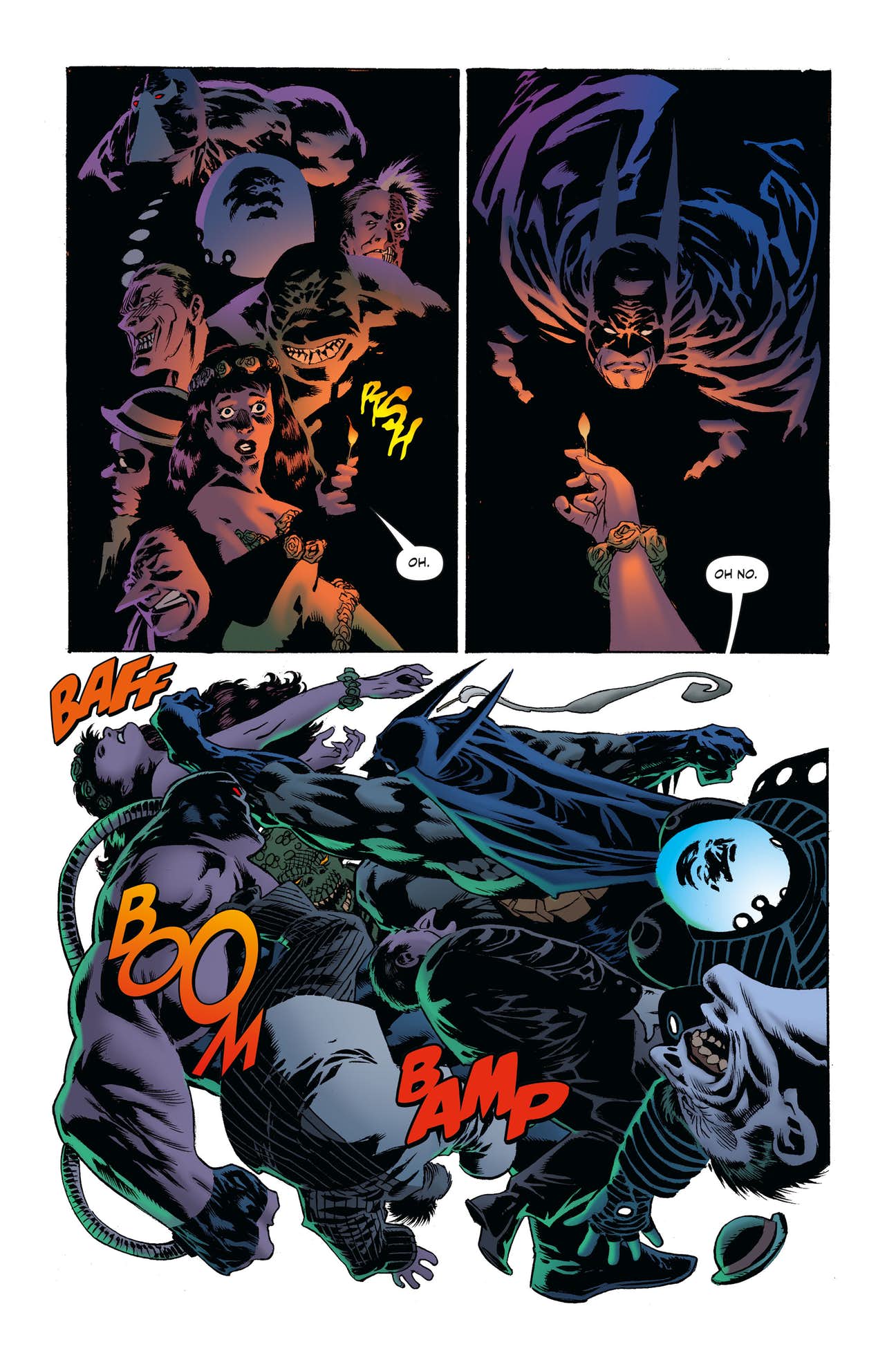