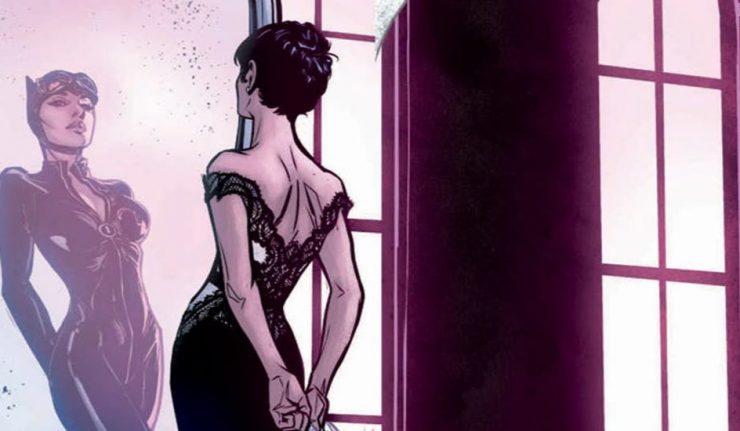 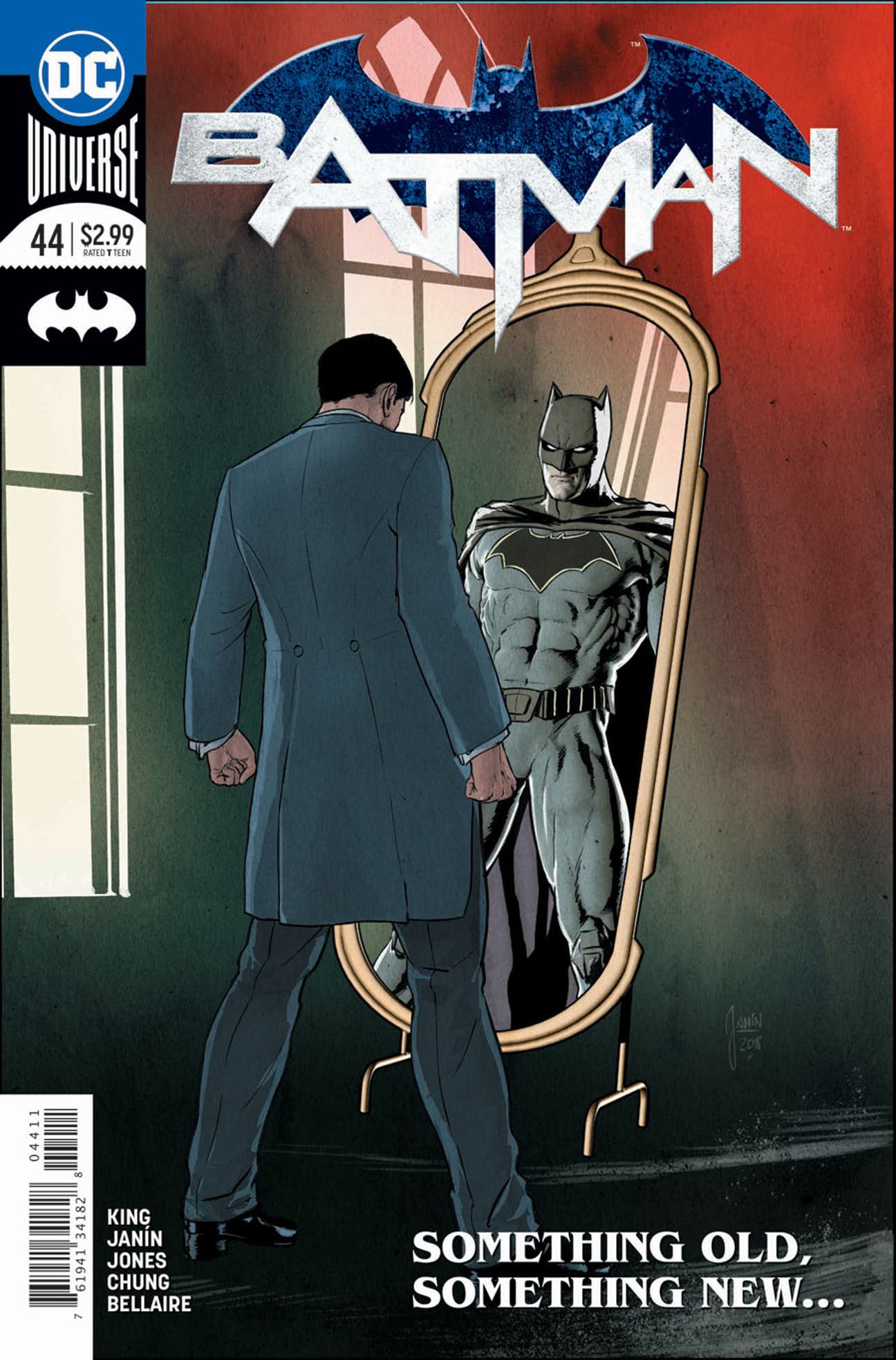 This one-off focusing on the Batman/Catwoman relationship is told brilliantly through a carefully curated series of flashbacks. Does Bruce finally see his future wife as a worthy bride? Or in his eyes is she still the burglar that he’s been tangling with, almost since he began his crime fighting career?

Coming off of the fantastic “Everyone Loves Ivy” storyline, Batman switches gears for a quieter tale. There are actually two running plot threads in this issue. One is Selina picking a wedding dress in typical Catwoman fashion: by stealing it. The other narrative is actually a sequence of flashbacks that focus on Batman and Catwoman’s relationship. This plot thread proves to be the more intriguing of the two.

The plot where Selina goes to a wedding dress shop is purely silent. It is a great exercise in storytelling to see Selina’s montage of emotions. Artist Joelle Jones does the heavy lifting in this scene. She has to tell an entire narrative without the benefit of any real words. The story is fun, but somewhat inconsequential. It is also has a couple head-scratching ideas. However, it’s harmless, since the plot is fluff. The storyline works much better if one sees it as a showcase of Jones’ awesome artistic skills.

On the flip side, the flashback sequences tell a more meaningful story through a montage of carefully chosen scenes. The dialogue from flashback scenes are directly lifted from older comics. However, that does not mean that Tom King was slacking off in this issue. The moments that he chose for this issue are very intentional and key. They serve as a reminder that Catwoman and Batman’s relationship has been tumultuous over the years. But it is more than that. King re-contextualizes the different flashback to establish a running thematic thread. Are Catwoman and Batman truly right for each other? There is undeniable chemistry between them, but is that enough to sustain a  marriage? 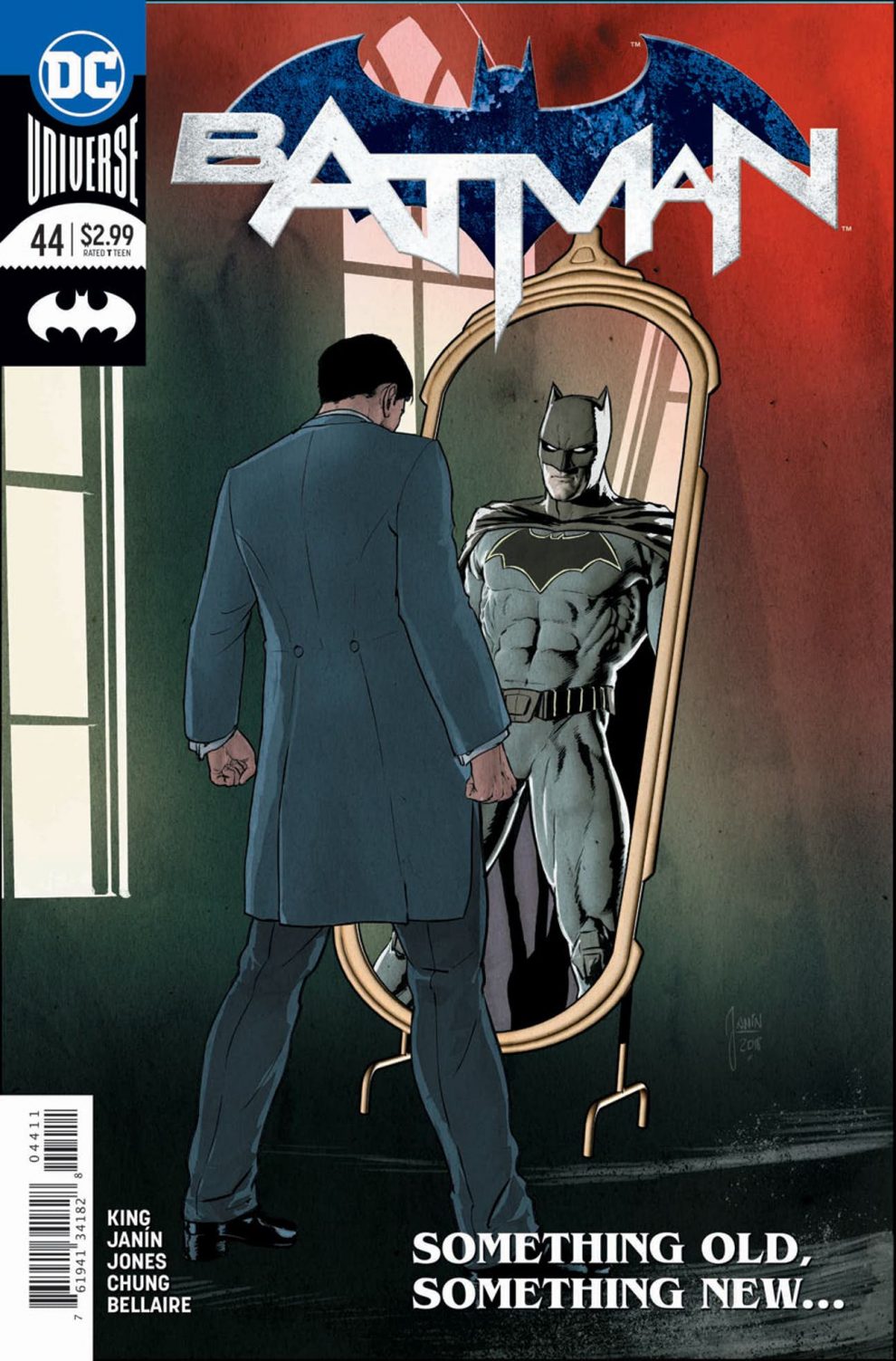 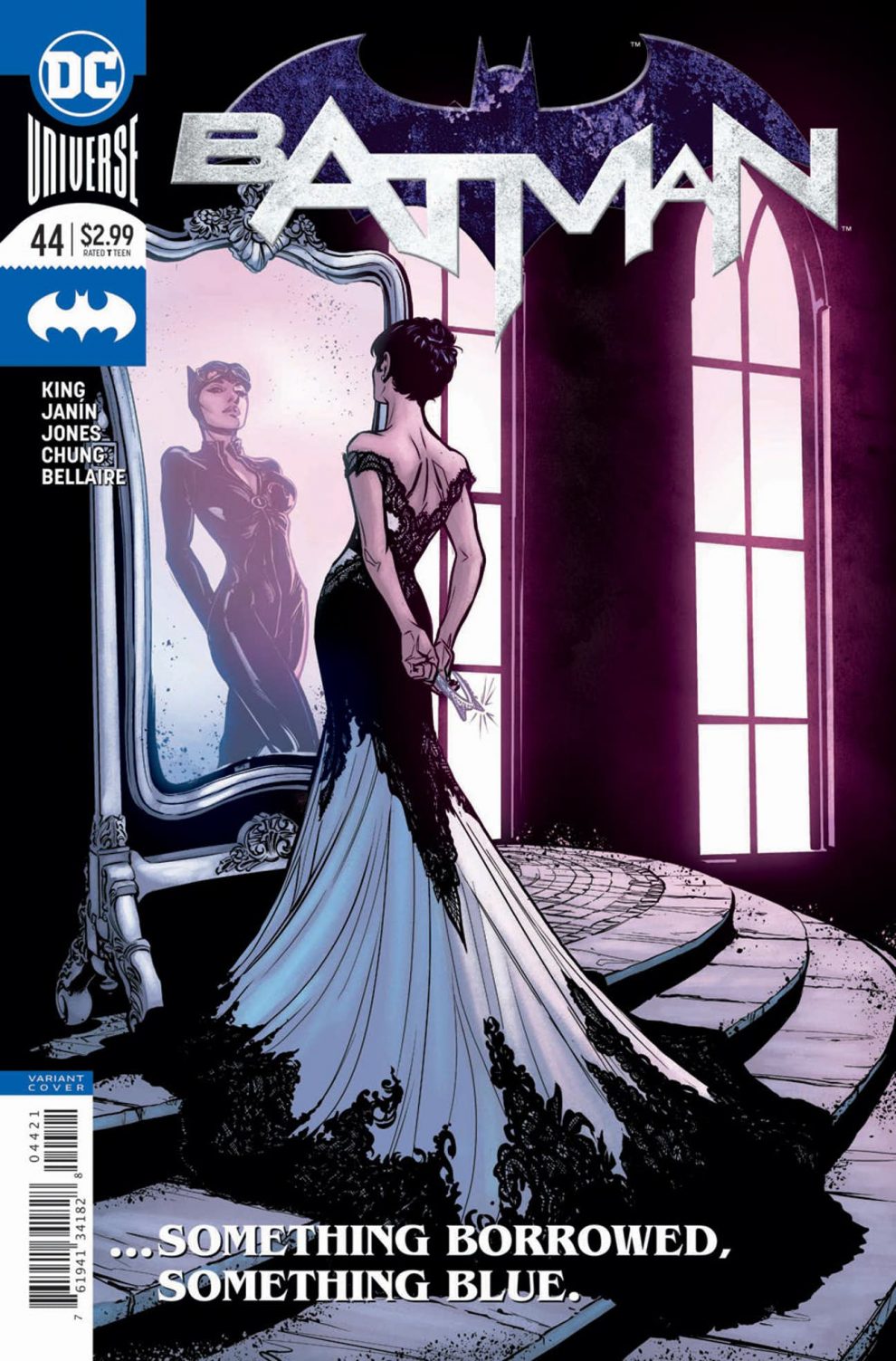 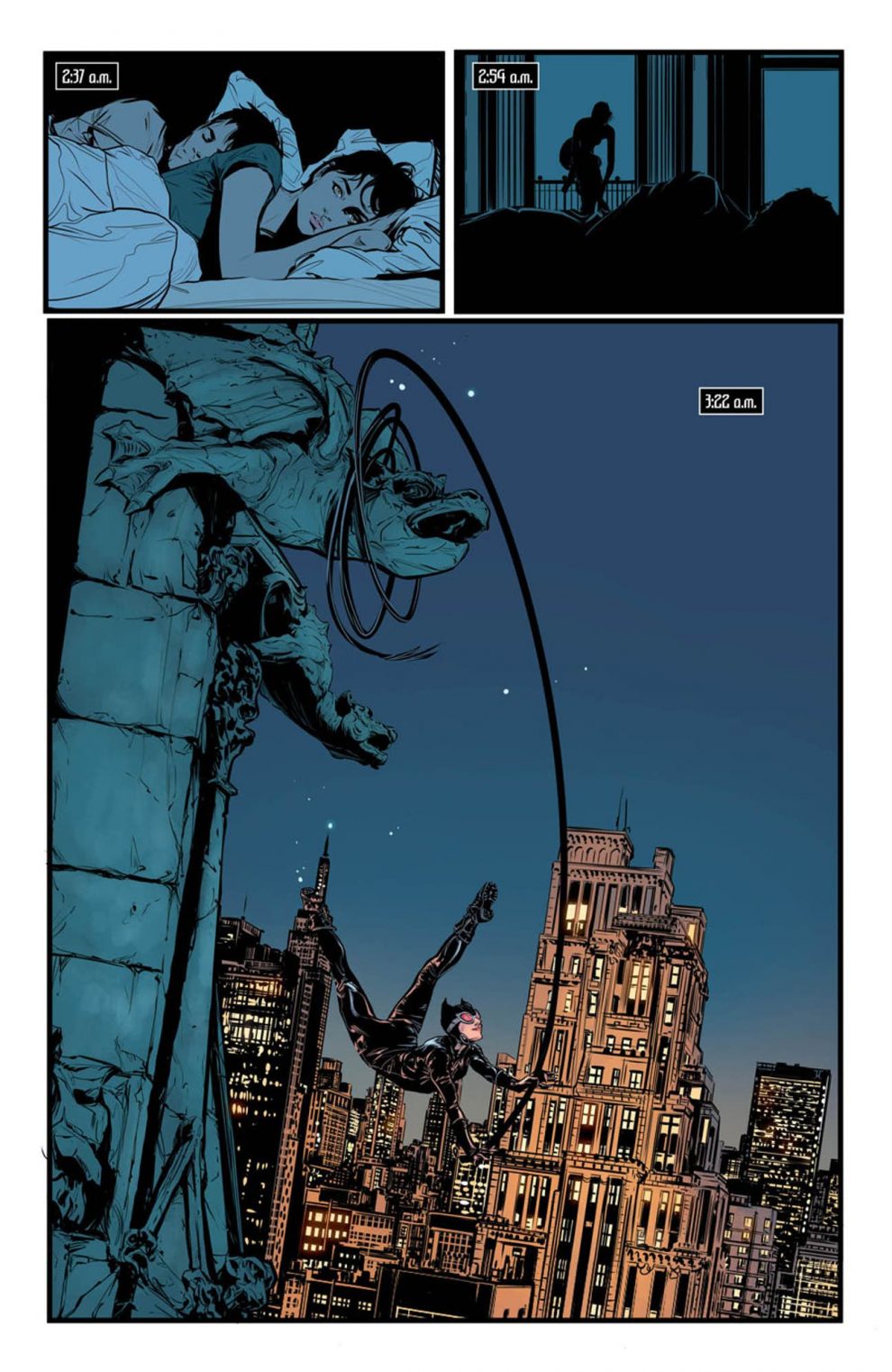 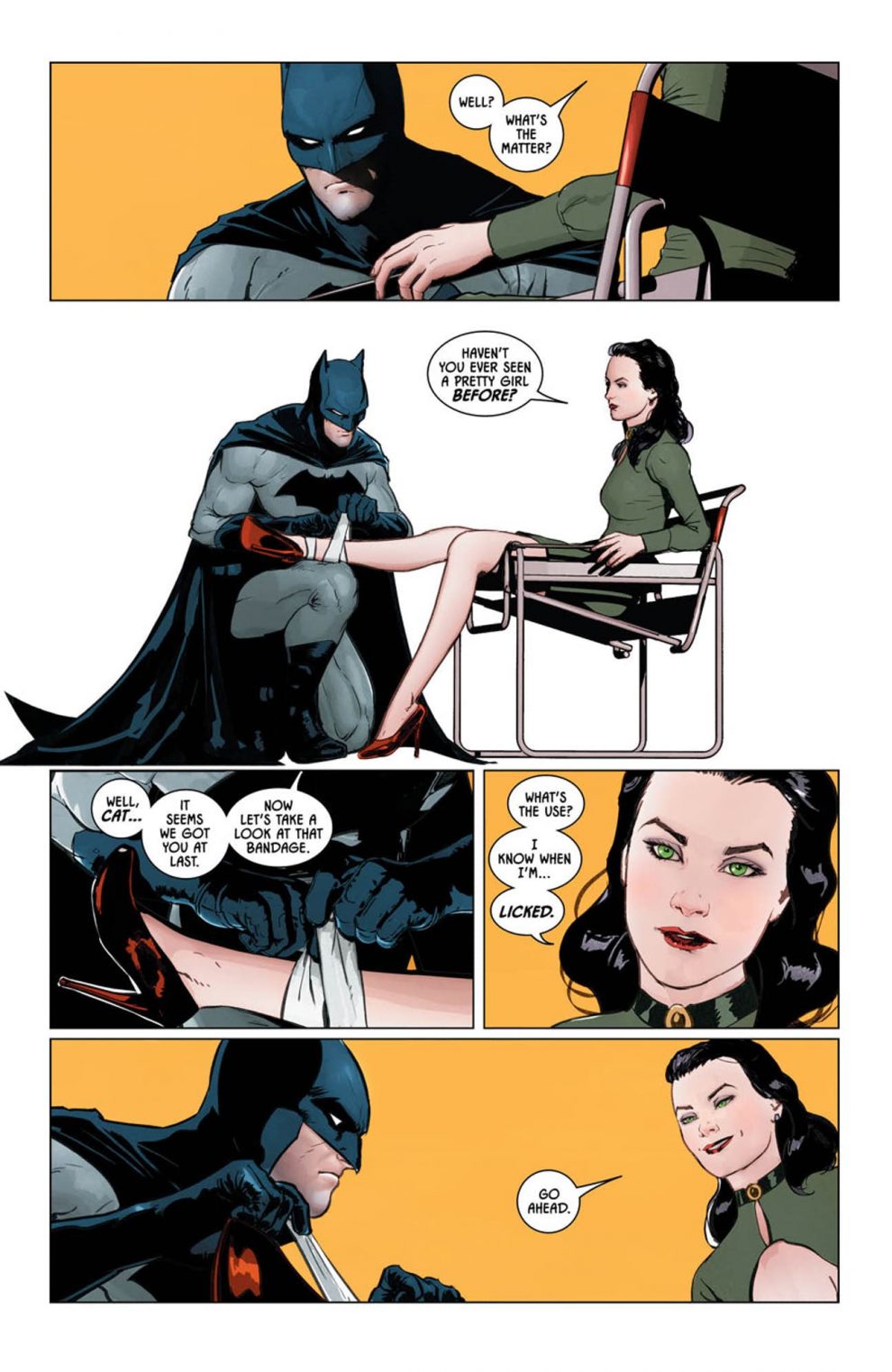 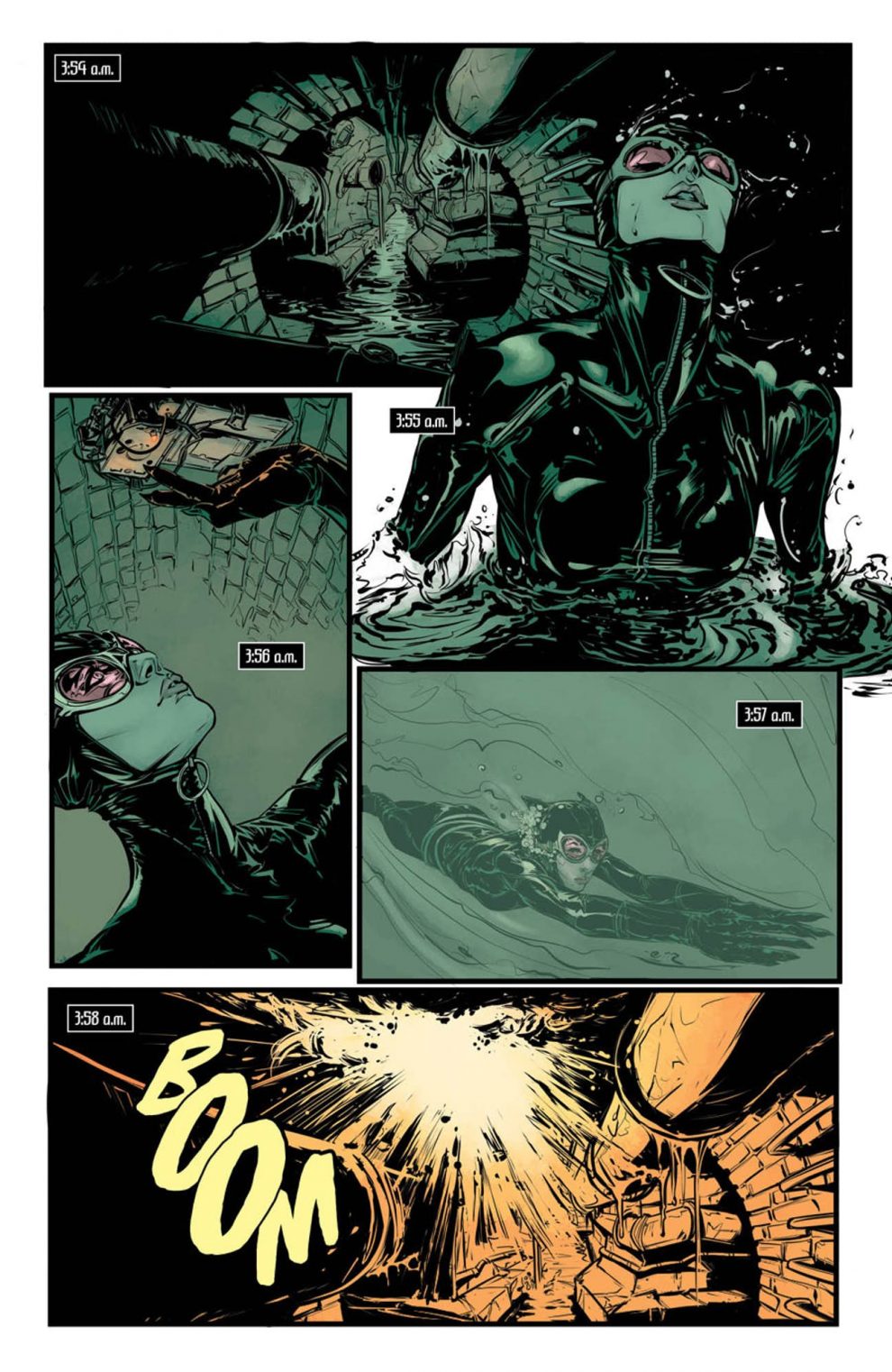 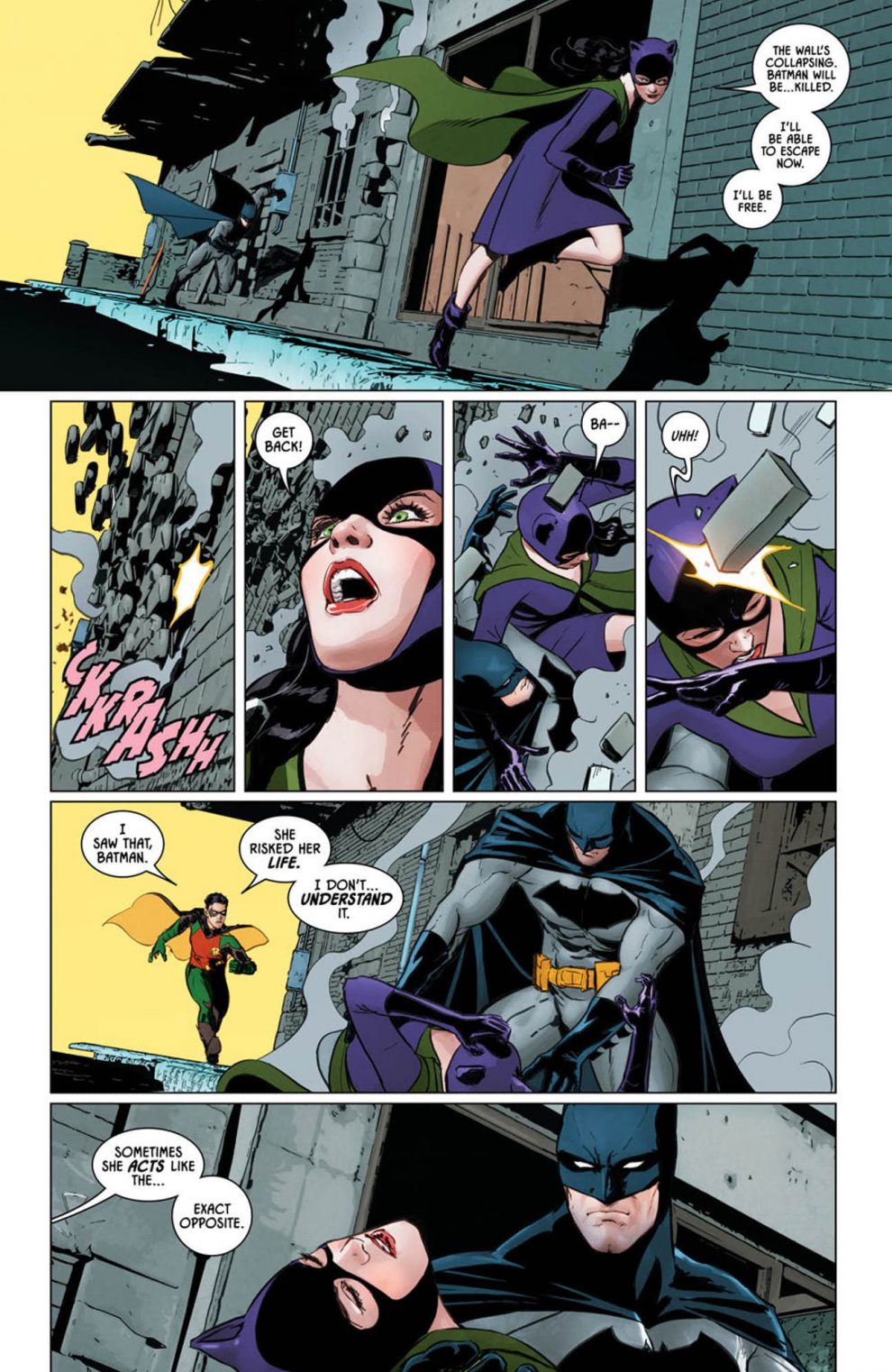 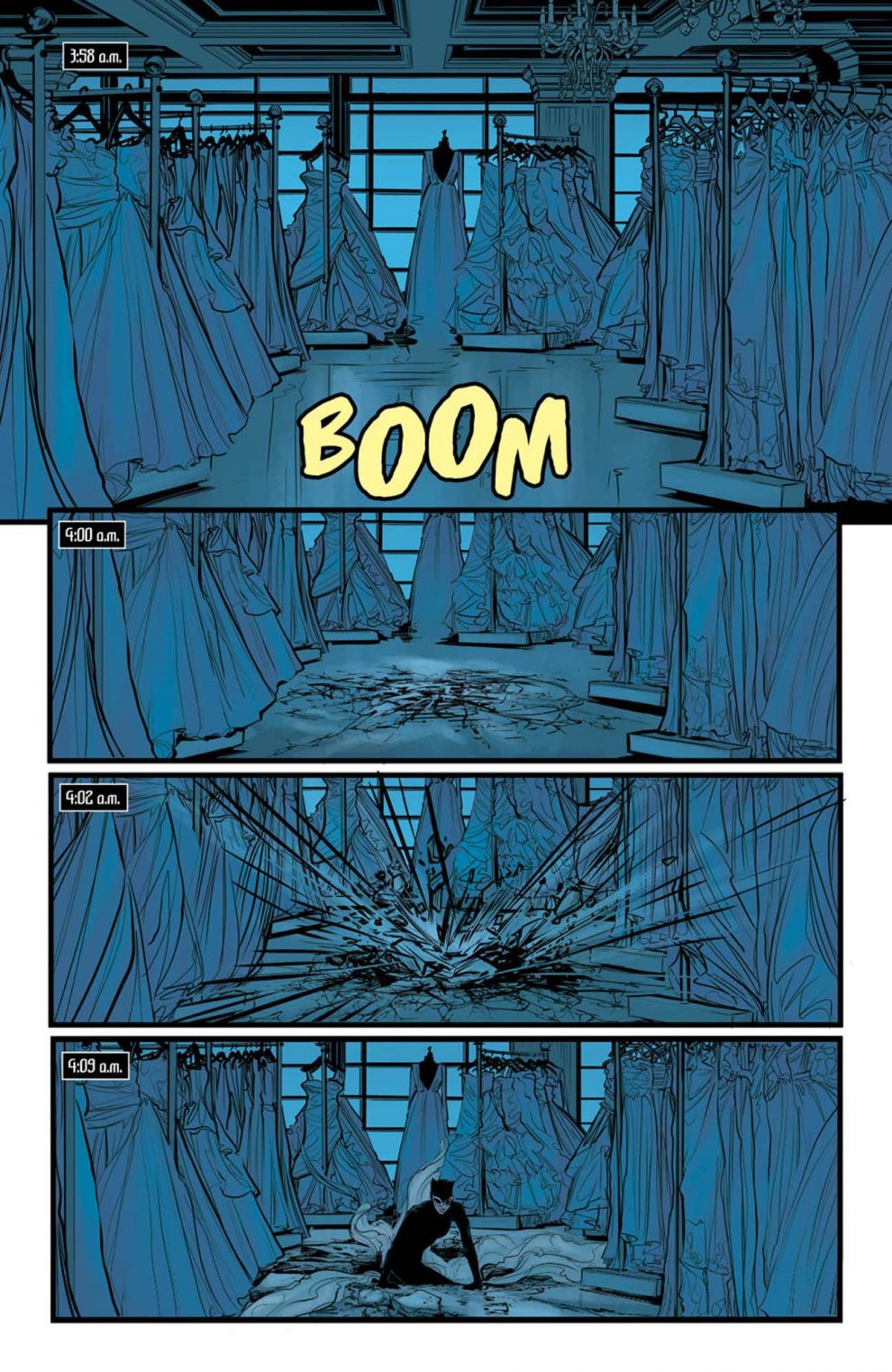 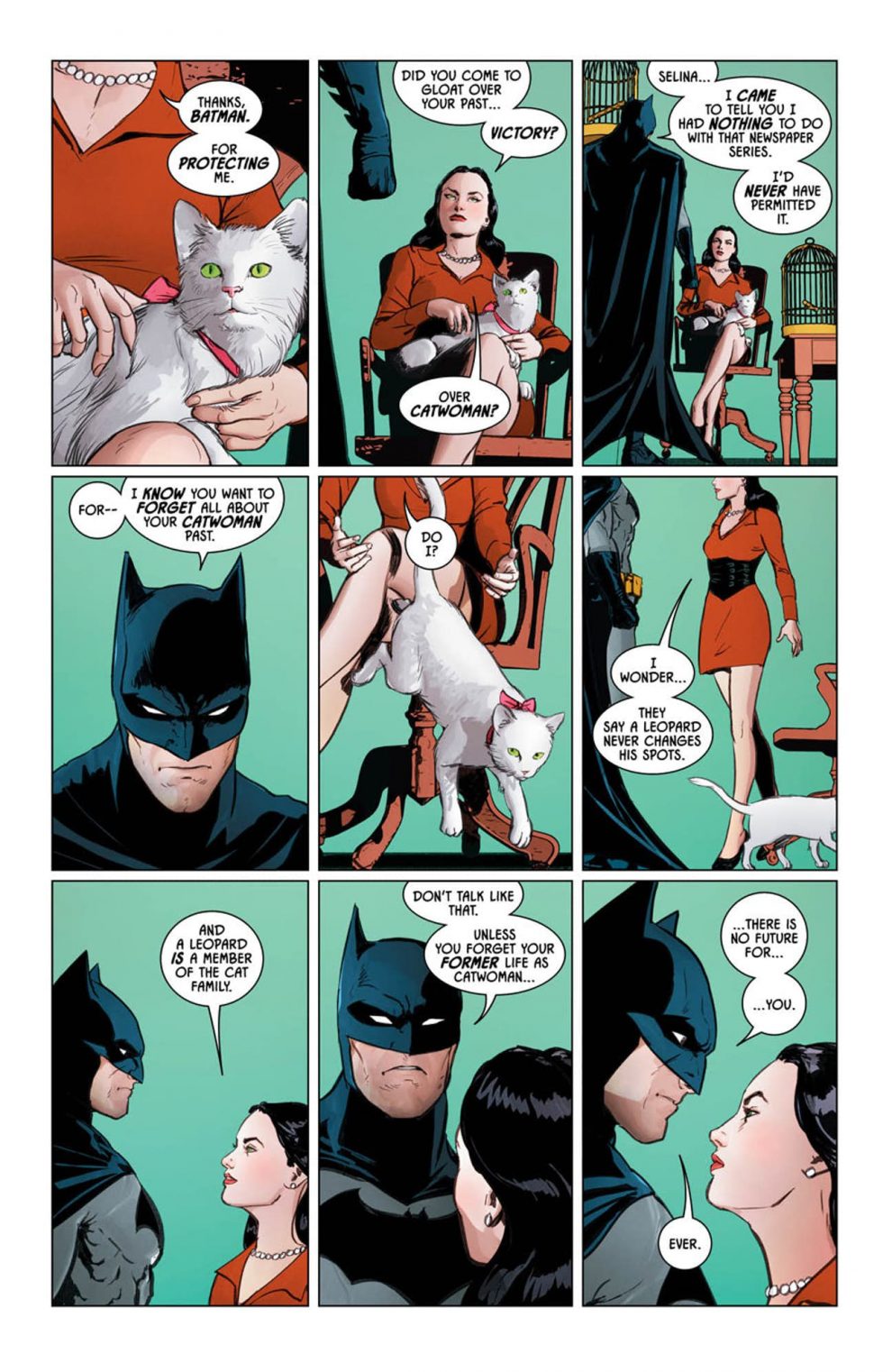 The clip show-style narration is an interesting study on their relationship. King does not definitively answer the questions, choosing to let readers make up their minds. He uses it as a way to subtly demonstrate Batman and Catwoman’s characters. Batman is constantly over analyzing like a detective. Catwoman is more free-spirited and mercurial. They approach their relationship from two different perspectives. It is extremely subtle and is a great example of “show, not tell” approach to writing.

This issue boasts of two artists. Jones handled the present day scenes and Mikel Janin drew the flashback portions. As previously said, Jones’ craftsmanship is to be commended. Janin on the other hand had an interesting challenge. He illustrated the the past scenes, but in a different way from how it was presented in the original issues. The dialogue may have been borrowed from previous storylines, but the art is definitely not. Janin needed to redraw older events, but in a way that reflects King’s themes and narrative intentions. It is an odd, but fascinating exercise to see how one author’s storytelling can change the artistic composition.

King, Jones, and Janin deliver a fun, breezy analysis of Batman and Catwoman. Even though half the comic was silent and the other half was a tribute to older comics, none of it comes off as lazy writing. The creative team worked wonderfully in tandem to really display why Batman and Catwoman are good for each other. The present day parts were silly, but the flashback scenes said something more substantial.