Artist, Rob McKinnon has revealed some of his concept art for Batman v Superman: Dawn of Justice. The artist also created work for Zack Snyder’s Justice League, so he’s no stranger to the DC Extended Universe.

Recently, the artist revealed his rendering of Metallo; a villain that never appeared. However, the art is still epic and intriguing. It fits well into the mechanical cyberpunk dystopia that DCEU plays off on. The suit is similar to Lex Luthor’s Warsuit but the notable green gives it away. Metallo is powered by Kryptonite and would make an awesome addition to a rogue’s gallery of Superman villains.

Take a look at the image below and tell us what you think! 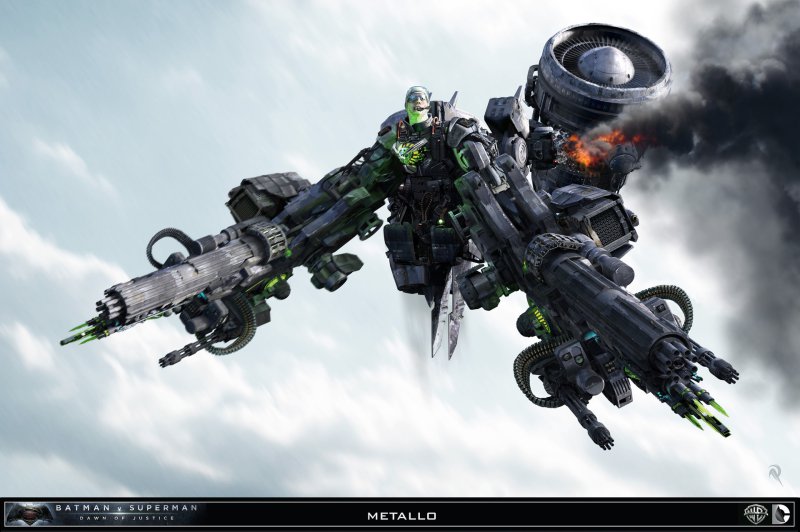