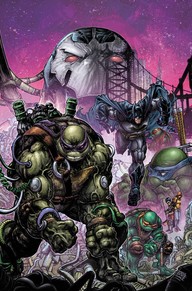 Wow, what an issue!

Batman, Robin, the turtles and Splinter start the book taking on Bane and his venomous foot. Things quickly get out of hand after Splinter becomes a target. The heroes barely get him out alive, but the damage is done. Donatello discusses using any means necessary, which includes taking venom themselves. The leaders, Batman and Leonardo, quickly shoot that down and begin planning their next move. Donatello, distraught, sneaks out of the sewer and takes matters into his own hands.

I loved this issue. I’ll admit, while last month’s was entertaining, it didn’t do a whole lot for me or the story. James Tynion ups the ante in exciting and dramatic ways here. I love how he used Splinter as the ultimate guy punch to Donatello. It hurts him more than anything and is the effect of Donatello’s accident way back in issue #1. Speaking of that, I’ve said all along that it seems like he is the key to the story, questioning his value and usefulness to the group. I feel for Donny here, as the beatdown Splinter received is now the hardest reminder that it wouldn’t have happened if he didn’t screw up. Tynion does a great job of juggling these different pieces, yet keeping them all connected. 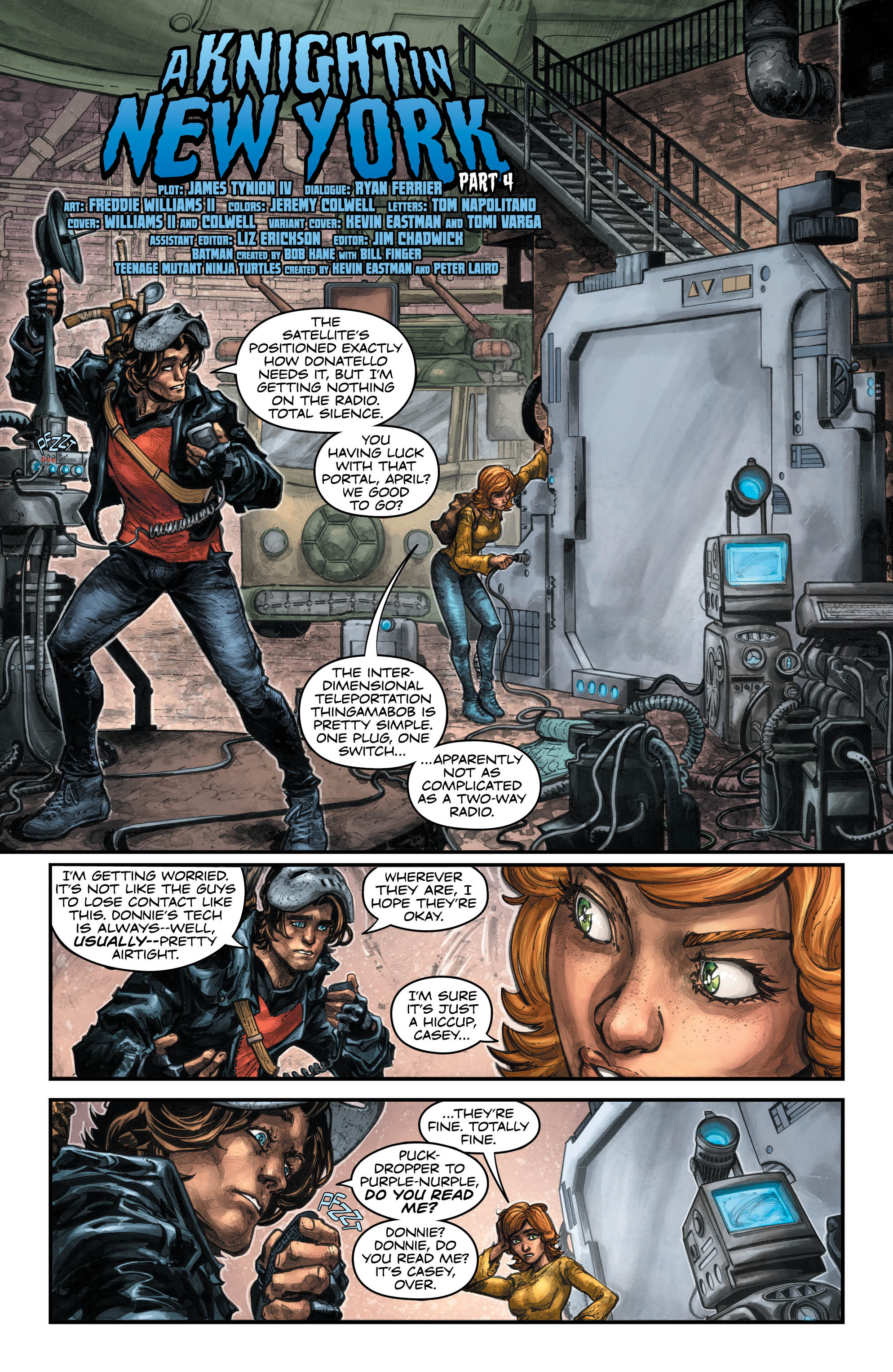 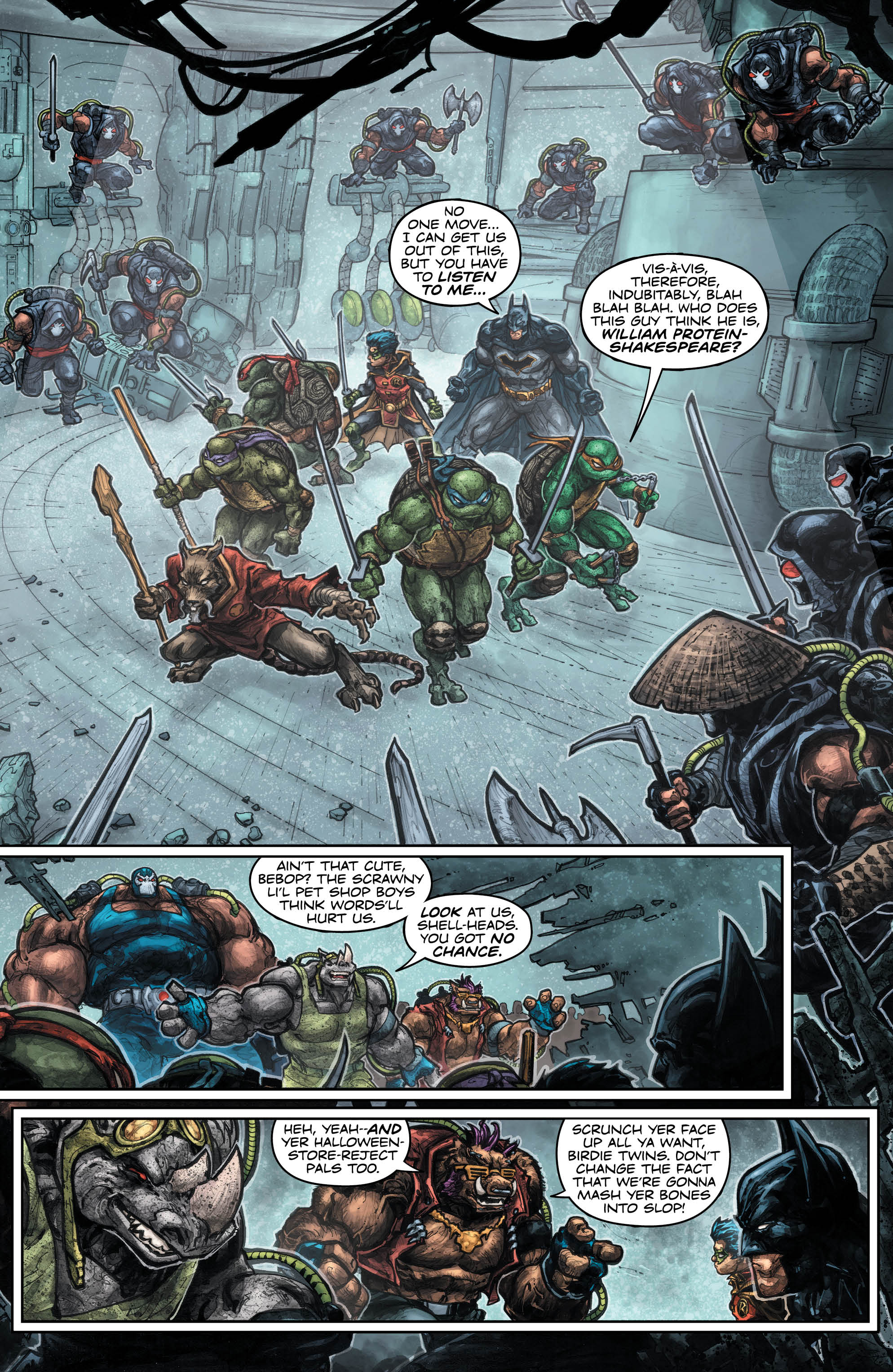 Freddie Williams again knocks it out of the park on every page. I love how he makes this look and feel like a fun comic book, but doesn’t interfere with the drama Tynion is constructing with the plot. Also, the cover of this issue may be my favorite thus far. And you can’t convince me the harsh purple isn’t on purpose.

This comic is a blast. The action is good, and the drama is great. Donatello is finally getting the attention he deserves, and I feel like his redemption is coming. But don’t worry, Batman is getting his moments too. If you’re on the fence, catch up. Batman/ Teenage Mutant Ninja Turtles II is a comic fan’s dream.