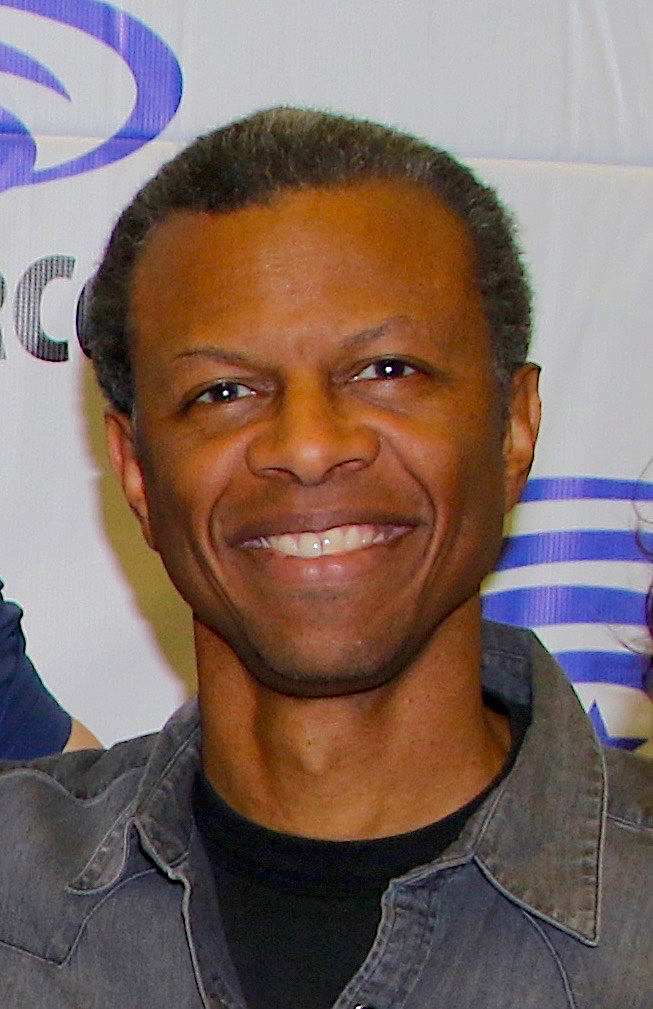 Static Shock is back! The hit animated series’ third season is on its way. This time Static will be joined by the greatest guest stars ever: Batman and the Justice League!

The latest collection features a host of brand new bonus features, including memories from Phil Lamarr. This incredible voice actor isn’t just the voice of Static, oh no! He’s appeared in Samurai Jack, Futurama and Family Guy too.

In the crossover with the League Lamarr takes on two roles; Green Lantern/John Stewart, and Static himself. In these episodes he teams up with legendary Batman Kevin Conroy.

Last April we were pleased to announce the release of season two of this classic animated series. which also featured guest appearances from our very own Dark Knight.

The entire press release for the box-set can be found below:

ANOTHER BELOVED SUPER HERO TO DVD

BURBANK, CA (January 26, 2018) – Warner Archive Collection (WAC), a champion of classic super hero animation, next brings Static Shock: The Complete Third Season to DVD with a special two-disc package that will be available starting January 30, 2018 through wb.com/warnerarchive and your favorite online retailer. Pre-orders are now open.

Phil LaMarr, the enthusiastic voice of lead character Virgil Hawkins and his super hero persona Static, has many fond memories of the important third season of the popular animated TV series, which saw integral changes and important guest appearances for Static Shock.

In Static Shock’s fateful third season, the character shifted to an impressive, tricked-out new costume, and his partner-in-crime-fighting Richie developed powers of his own as he became the super hero Gear. The African-American super hero took an enlightening trip to his Africa, shared an episode with Superman, and combined forces with the Justice League.

“In the third season, everything sort of got spruced up,” recalls LaMarr, known far and wide for his voice performances in Samurai Jack, Futurama and Family Guy, and his live-action roles for MADtv and Pulp Fiction. “The writing was just as good as ever, but they really raised the stakes. Static’s costume went from homemade to a legitimate super hero costume, Richie became his own super hero in Gear, and that meant there was less sitting back at headquarters – we started going on a lot more duo-action adventures.”

LaMarr and Jason Marsden, the voice of Richie/Gear, had already developed a strong camaraderie working closely together on the Disney animated series, The Weekenders. Their on-screen/in-booth rapport in Static Shock was a natural extension of their “real life” relationship.

“Static Shock provided a second opportunity to play partners and best friends – which was great because we were already good friends,” LaMarr says. “Our friendship on the show was authentic. And there’s nothing better than getting paid every week to work with your friend.”

LaMarr says he truly coveted the role of Static – a super hero who spoke to his personal aspirations and cultural upbringing.

“As a comic book guy, Static was a dream come true – a character who really felt real to me,” LaMarr says. “I always thought Static would be what I would be if I got powers as a teenager. I loved Spidey and Bats, but I never wanted to be them. There are tortured souls, and everything they do is informed by that guilt. For Static, the worst problem was having to do homework.

“Moreover, it was so great to finally have a black super hero who didn’t have ‘black’ in his name. I could relate to him. Here’s a kid who is smart, who’s trying to do the right thing, dealing with relatable problems whether it was family or school or friendships. Despite that fact that it was a cartoon that revolved around super heroes, it felt real to me.” 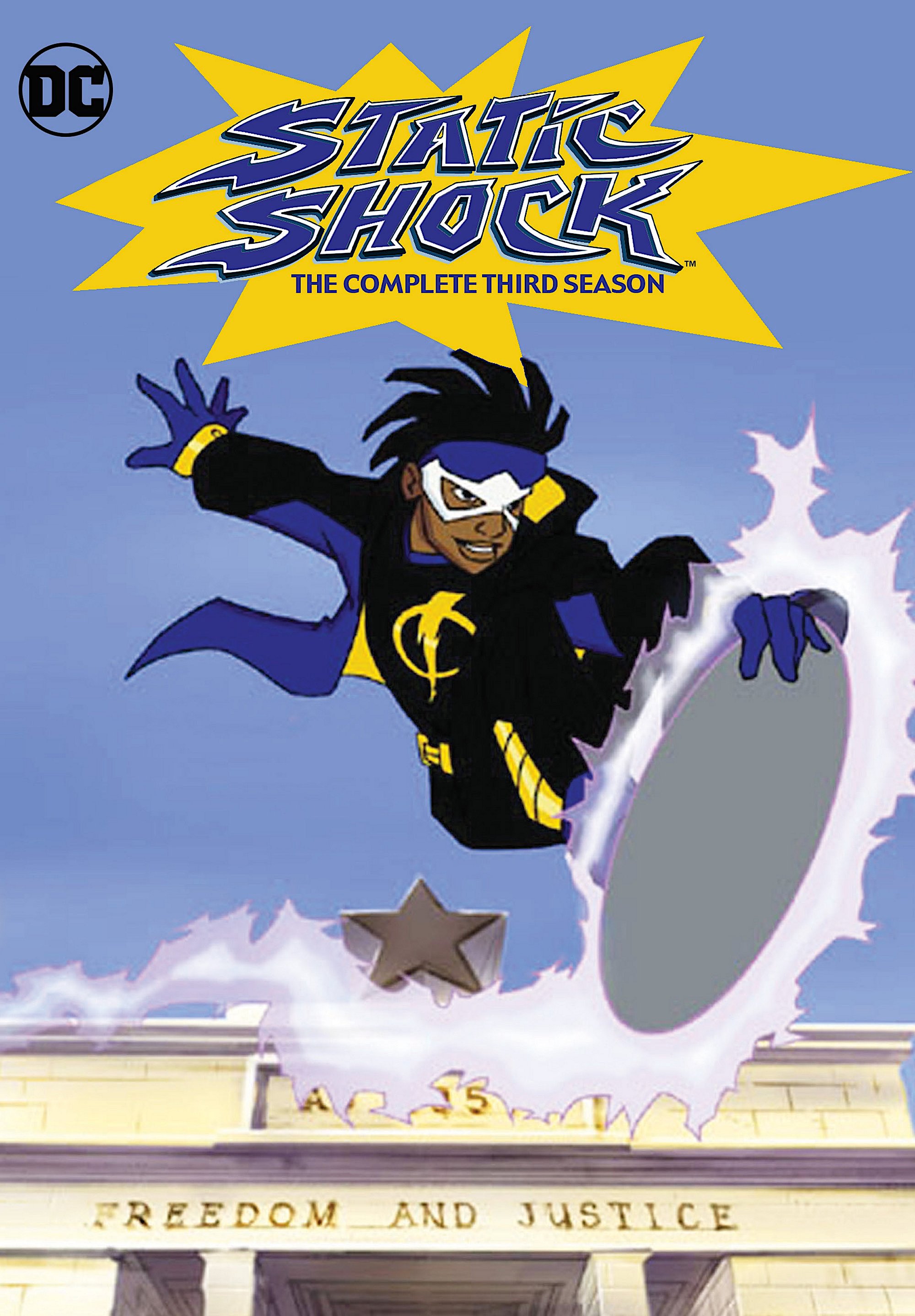 “The crossover episodes with the Justice League were so much fun for me – it was great to feel like Static Shock was part of the legacy of the super hero entertainment that I grew up watching and reading,” LaMarr says. “Associating Static with the Justice League sort of legitimized our little show, putting Static on the same level as supers like Batman, Green Lantern and all the rest. Plus getting to act again alongside my Justice League acting pals – Maria Canals Barrera, Susan Eisenberg, Carl Lumbly, Michael Rosenbaum, George Newbern, Kevin Conroy – was a blast, especially because now they were coming to MY house. It was actually a little weird because we were sitting in the same chairs as we always did when recording Justice League – but now I had more lines. Of course, I had two different characters – Static and Green Lantern John Stewart.”

LaMarr said the dual role – which put him in the unusual position of recording two characters talking to each other – was the first time he encountered that situation in his career.

“I thought the writers wrote those scenes as a challenge for me,” LaMarr recalls. “At least they didn’t have them singing harmony or something crazy like that!”

An episode entitled “Static in Africa” saw the Hawkins family on vacation in Ghana, where Static teams with a legendary African folk hero to combat a group of bandits. The episode was particularly important to LaMarr.

“Static in Africa was a blast for so many reasons,” LaMarr recalls. “It was a thrill to work for the first time with Michael Jai White and Roscoe Lee Browne, as well as my Justice League castmate Carl Lumbly. Carl and Roscoe are guys whose work I’d seen growing up, and to share a studio with them was fantastic.

“Moreover, it was really cool to be able to explore our roots in a Saturday morning cartoon. I had never seen contemporary Africa on Saturday morning – an Africa that was not unlike our own world. We have super heroes, they have super heroes. Africa wasn’t showed as exotica – it was a world where people like us live. And to me, that was a great part of Static Shock. It wasn’t about that Static was black; but he was black. His life, his world – those were real. And that kind of normalization is what’s key to true diversity.”

A League Of Their Own, Part 1

A League Of Their Own, Part 2

Romeo in the Mix

Toys In The Hood

Blast From The Past

So there you have it folks. This set should bring fans a very welcome shock to the system.