“Alone Against the World” 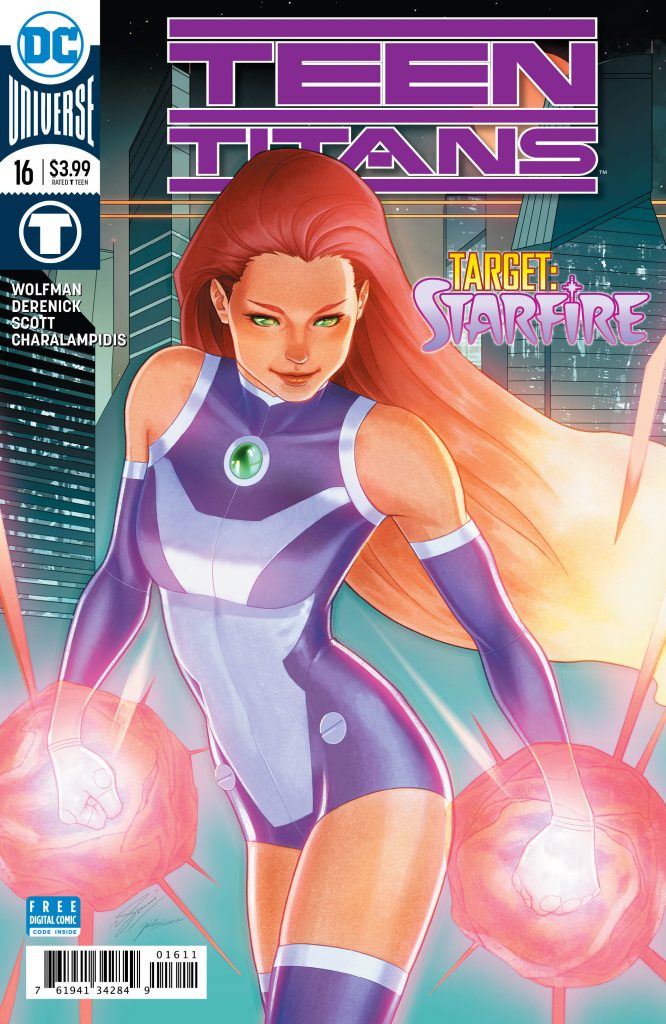 Marv Wolfman returns to Teen Titans for a one-off issue!

Comic historians and aficionados will note Wolfman’s brief work on Teen Titans in the late 1960s and his seminal work on The New Teen Titans in the early 1980s. His brilliance includes the creation of beloved characters that still impact the world of Teen Titans today such as Raven, Cyborg, Starfire, and Robin III, Tim Drake. Wolfman’s contributions to the industry cannot be overstated.

Teen Titans #16 is an unashamedly Starfire-centric issue. Starfire is a character often neglected – recently relegated to eye candy or comic relief. However, as her co-creator Wolfman reminds readers, Starfire has considerable depth and personality. Starfire has space and opportunity to shine in Wolfman’s loving care.

Despite her immense power and beauty, ferocity and station, Starfire is a sensitive soul and feels on a deeper level than most. Wolfman carefully crafts her internal dialogue and highlights the severity with which she views herself and interprets situations. Her emotions and the depth of her feelings are simultaneously her greatest asset and biggest liability. 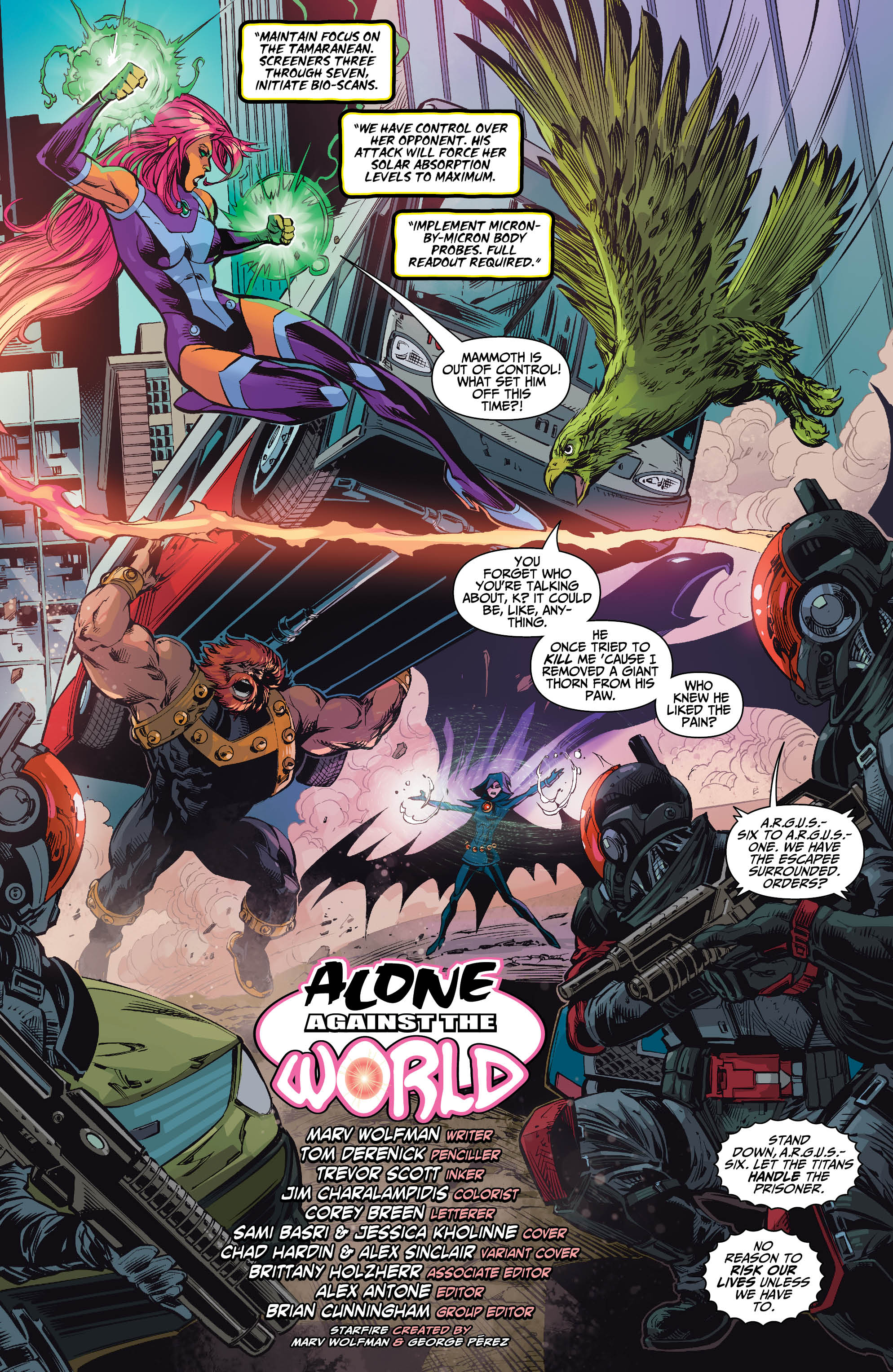 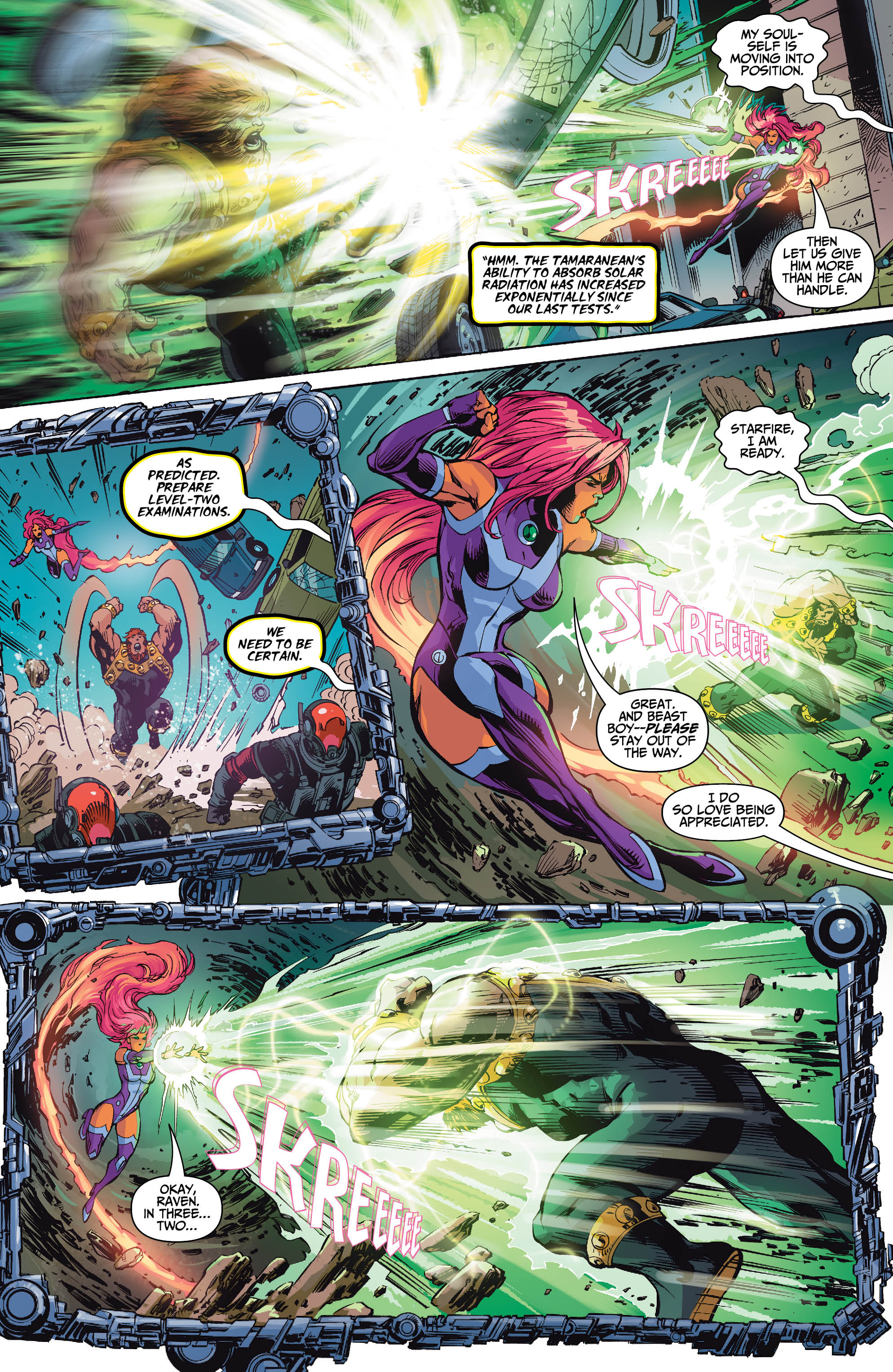 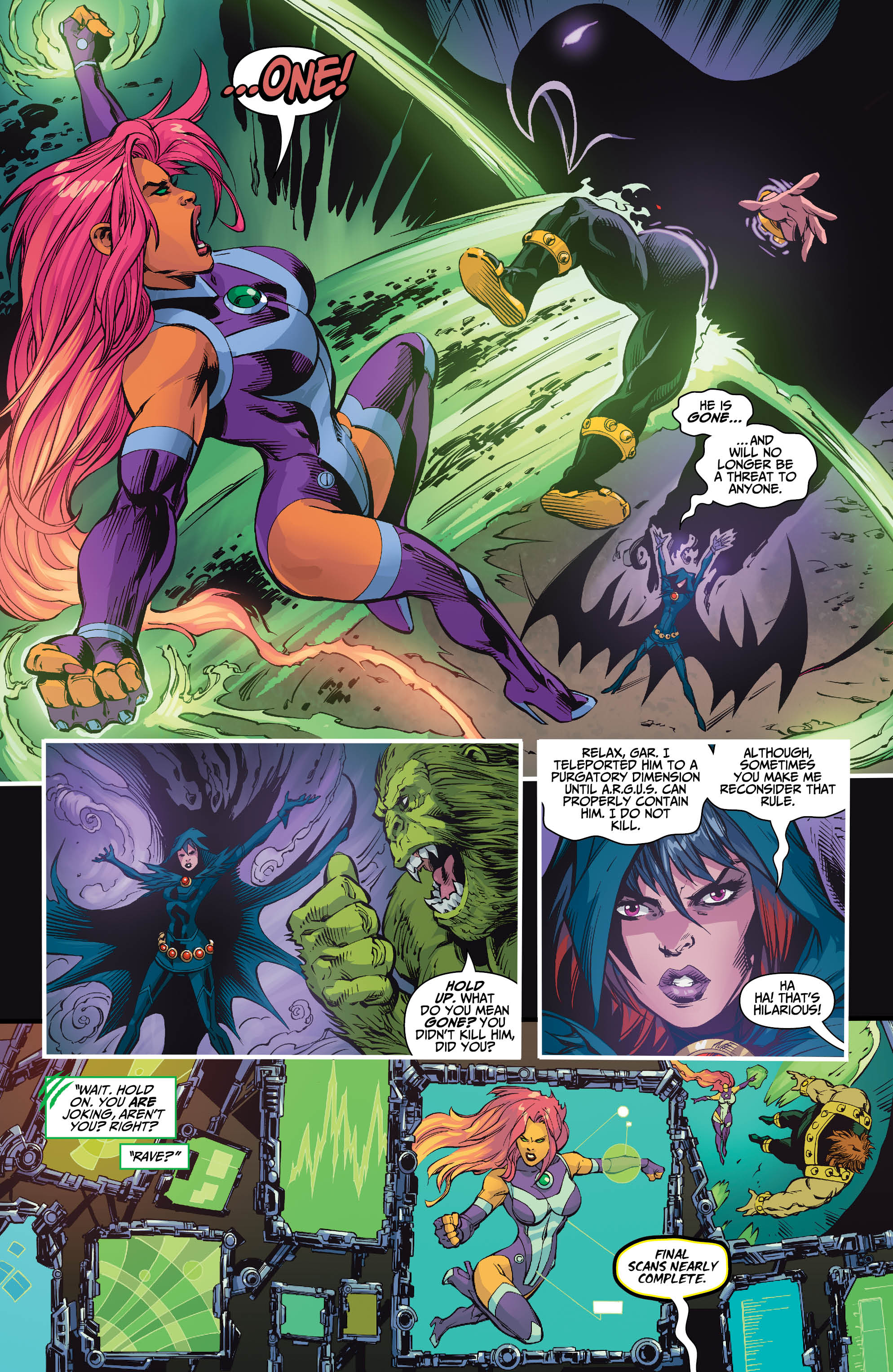 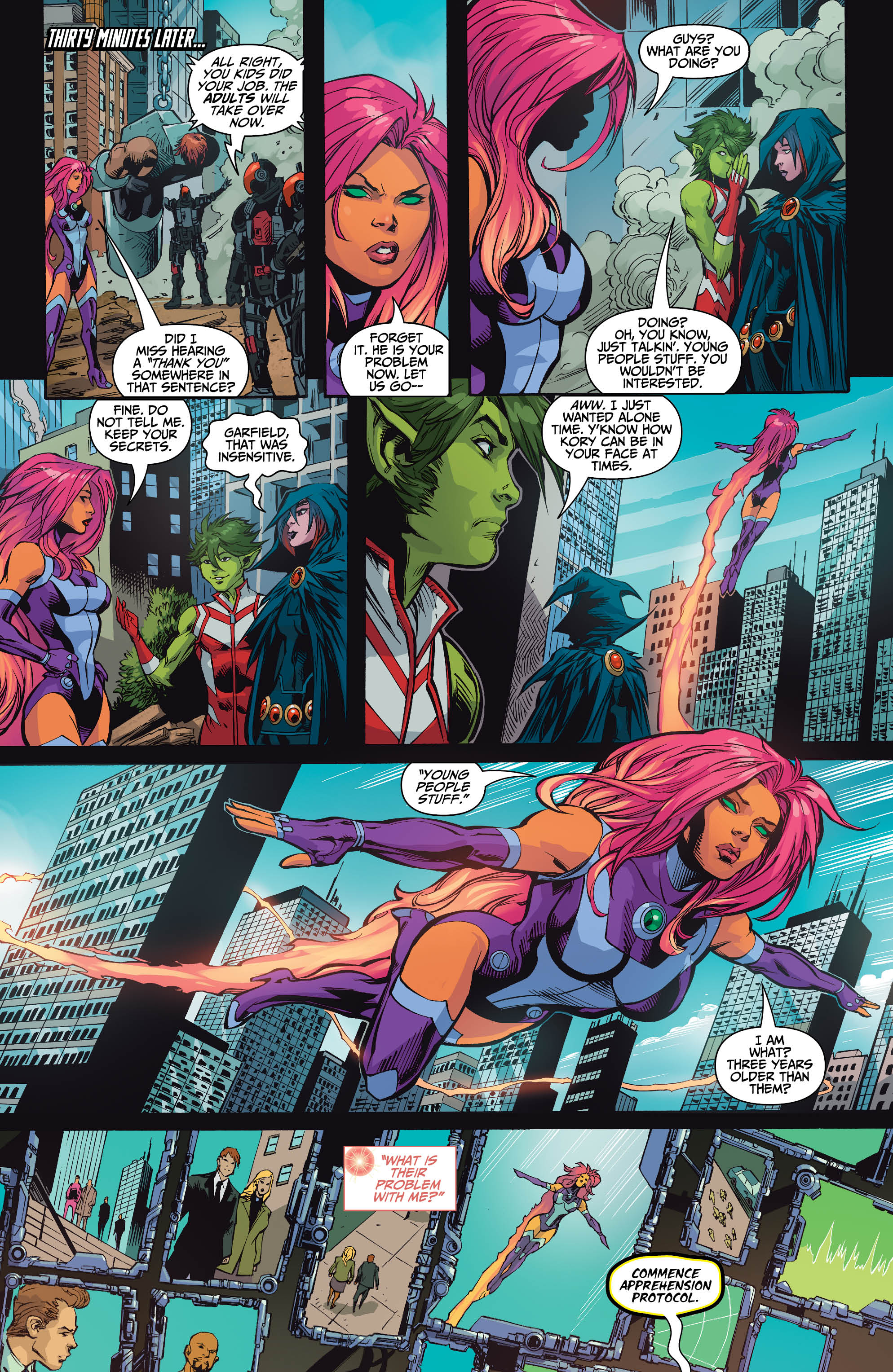 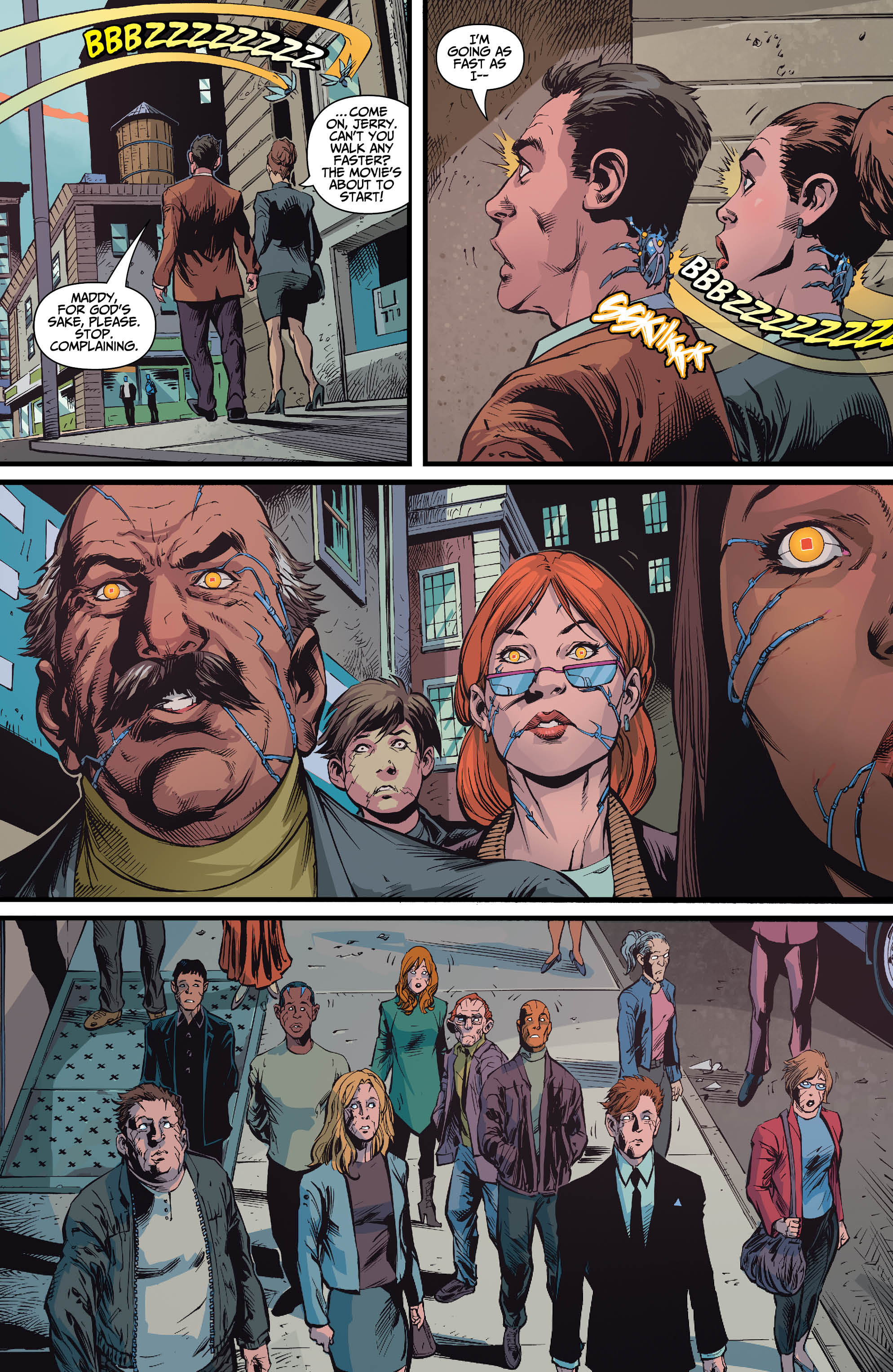 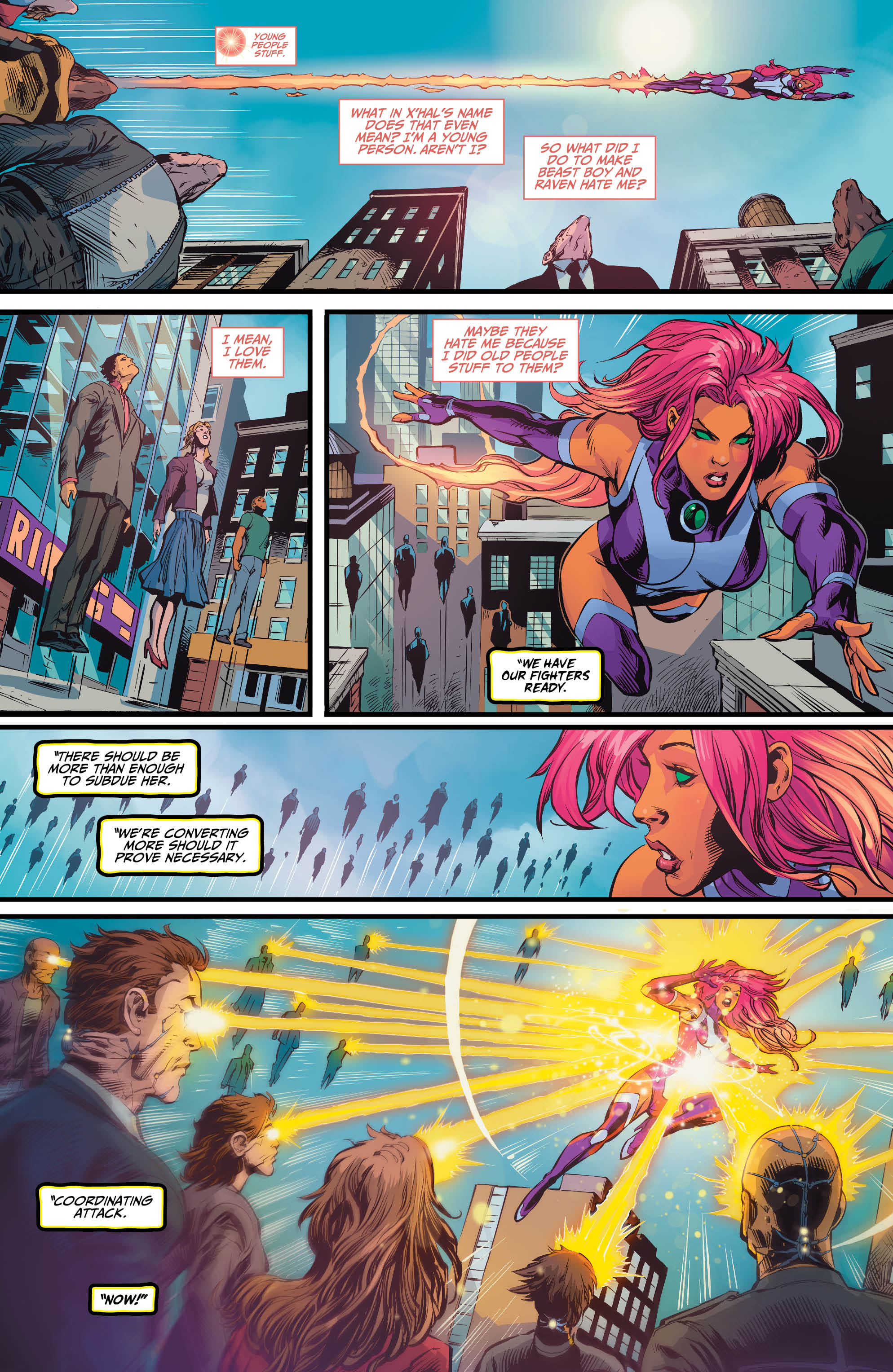 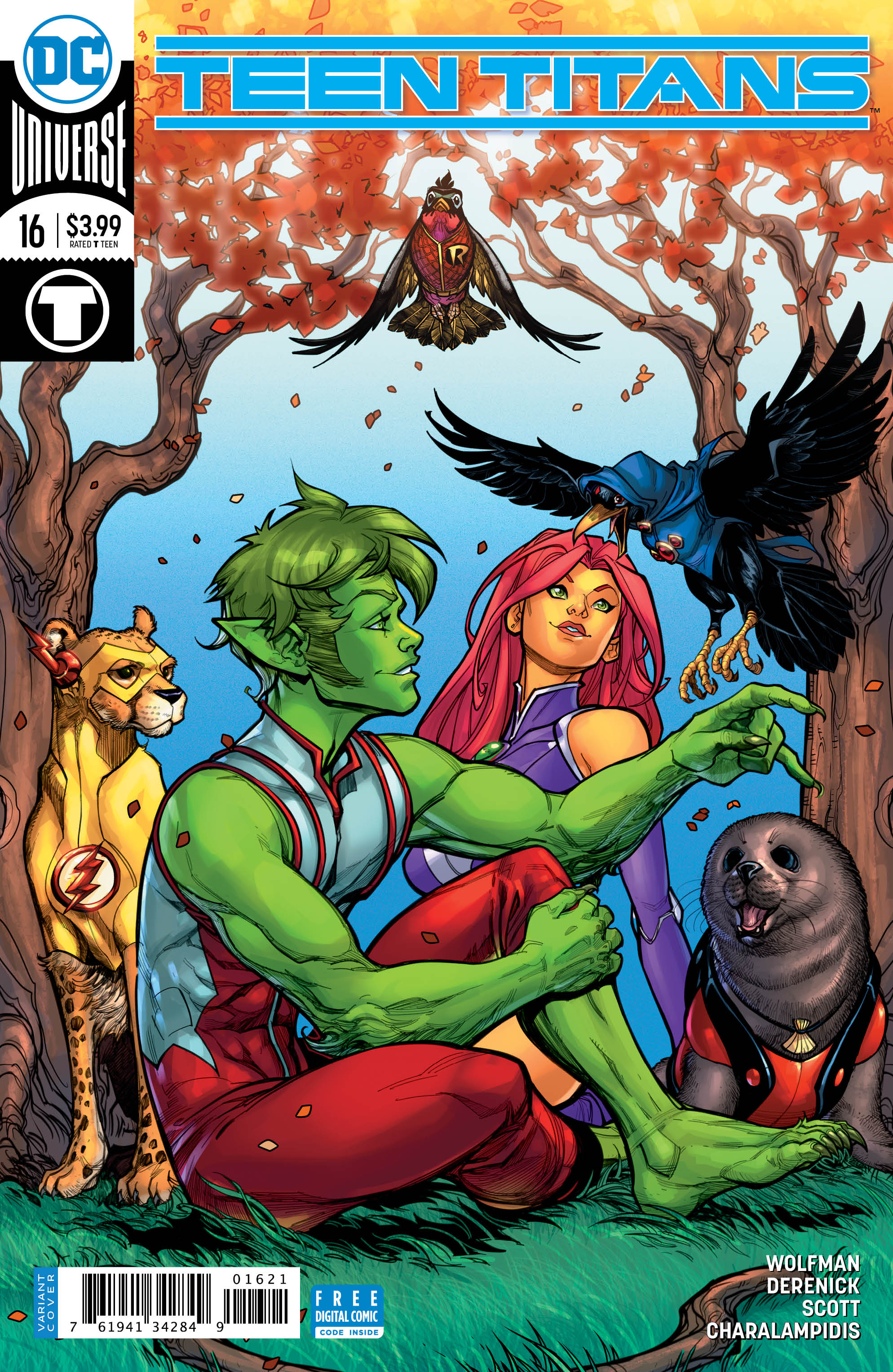 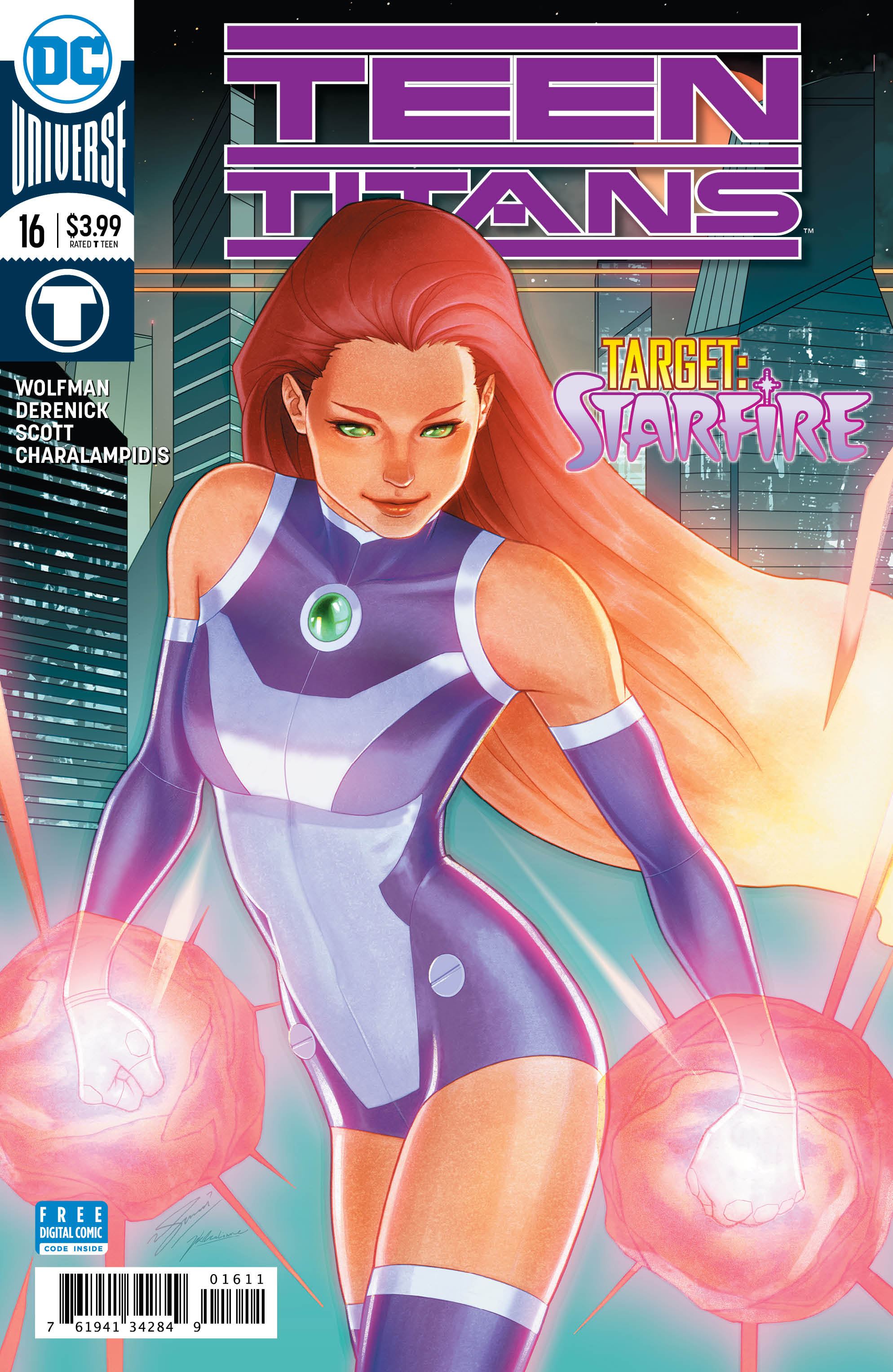 Starfire faces a severe threat in the Scions – creatures whose curiosity outweighs their ethics. She has faced them before. But this time, the creatures are out to see how much pain Starfire can endure. Rather than giving in, Starfire shows off her true capabilities in dramatic fashion. Here, I would have loved to see a flashback to her first encounter with this foe. Perhaps tying her past into the present in a more dramatic way. I disliked the feeling of this being a filler issue, seemingly without consequence in the Teen Titans continuity.

Still, the Scion’s power is as intriguing as it is diabolical. The ability to control minds and empower human bodies with mechanical prowess and power makes them a formidable enemy. They even latch onto other Titans to make the situation dire.

Here, Derenick’s art shines – both in Starfire’s emotive facial expressions and the details depicted in the mechanical attributes of the Scion’s clutches. The art and dialogue are well paired. While Starfire showcases her power, the issue is seemingly inconsequential.

Teen Titans #16 has considerable strengths. However, I disliked the feeling of this being a filler issue. Starfire certainly shined, but the meaning and consequence of the story felt shortchanged. Still, Teen Titans #16 strikes a good tone. The story is compact and wraps neatly in a single issue. Wolfman’s return brings nostalgia and weight to this one-off issue. Derenick’s art is well-paired with Wolfman’s dialogue. The colors were excellent and lept off the page. However, the issue felt less than critical to the continuity of Teen Titans. Readers will wait to see if this story has any bearing on the next story arch.