Justice League is here, guys. And similar to Batman v Superman: Dawn of Justice, it’s a very divisive movie. Most people I know outright hate the movie, despite being a slight improvement on BvS. Overall, I view it as a fun movie that falters severely in storytelling. While that is an important aspect of the movie, another one that seems to go unnoticed a lot is the costume.

Michael Wilkinson, who’s worked as costume designer for all the DC films sans Suicide Squad, returned to work on Justice League. While before, he only had to clothe 3 heroes in BvS, that number doubled with Justice League, while doing retouches on older costumes.

Wilkinson sat down with Fashionista to discuss the costume choices for all the Leaguers, but for the sake of space and time, we will only emphasize his work on Batfleck.

In Justice League, we get a lighter Batman, who’s realized his mistakes in the previous movie, and aims to rectify it by saving the world. The suit sort of reflects that, now that it is more gray than it is black. While I perceived that to be the case, it seems that the change was more of an homage. Wikinson explains, “We wanted to honor the idea of a gray Batsuit as opposed to a black Batsuit. Batman in the graphic novels is usually drawn with a gray suit with a black cape as opposed to all in black.” Apparently, the suit does contain little metal plates as well, underneath the cloth and some plating on his wrists. 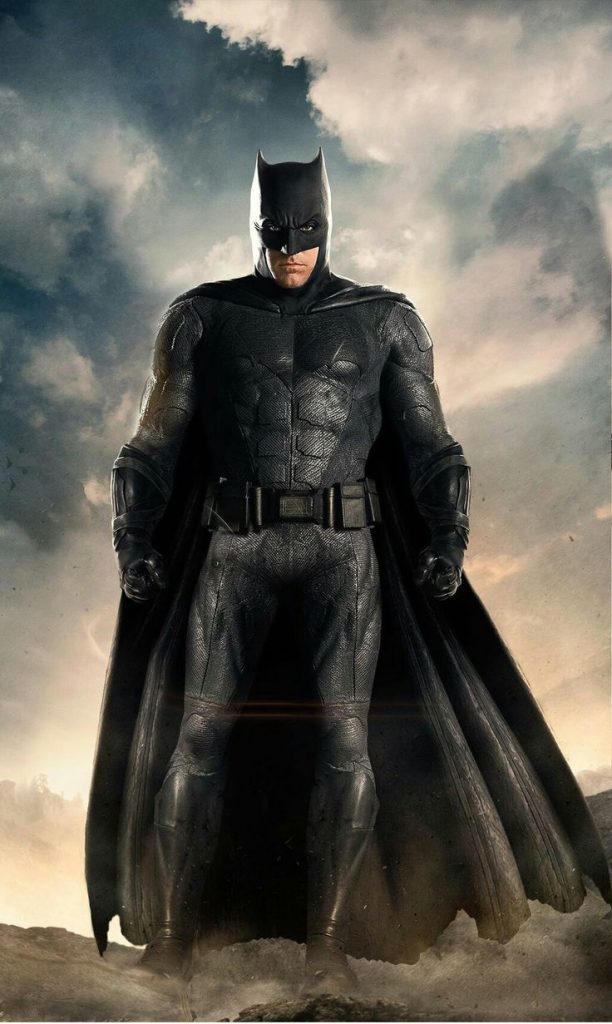 And of course, as with almost every Batman movie, he gets a costume change to wear for the big third act. Batman is cocky and most times, he has the prowess to back it up, but he’s pretty aware of his limits as well. If he knows he’s going into battle something that’s a little out of his league (pun not intended), he will prepare with a suit for the occasion. In this case, he had the tactical suit ready to fight Steppenwolf and his parademons.

Wilkinson said of the tactical suit:

“Batman faces a challenge of even higher intensity in this film, so we wanted to give him what we call a ‘tactical suit’ for high level battle for when things are becoming more serious and deadly. This suit is has exterior layers of armor and extra details and it has a different cowl. He has additional eye protection.” 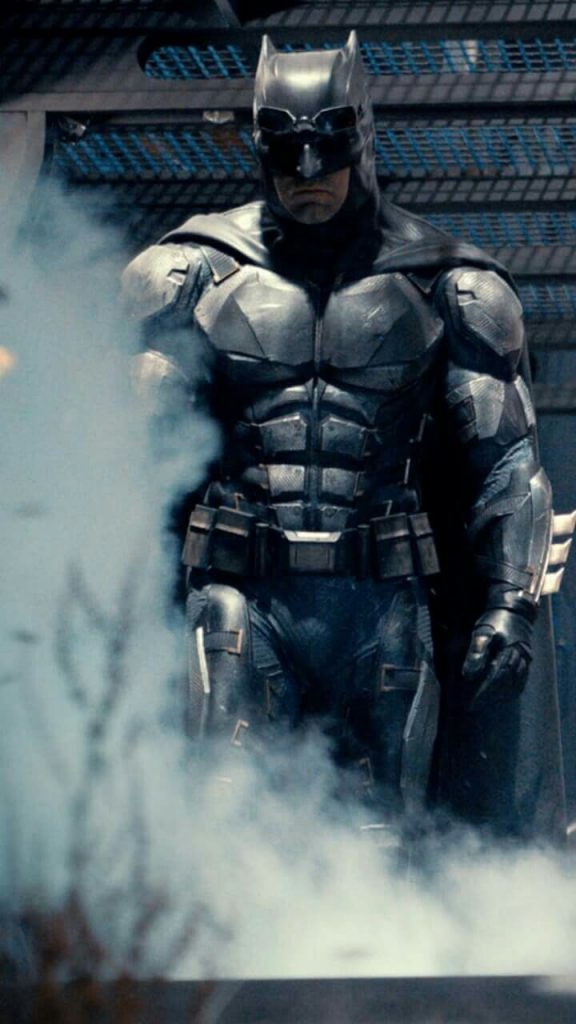 Though practical and fits very into Batman’s modus operandi, it works with merchandising as well. Unfortunately, he didn’t go into much more detail as he had to discuss 5 other characters. You can read the rest of the interview here.

Justice League is currently in theatres everywhere. Aquaman will hit theatres on December 21, 2018.

Joe Manganiello Tweets Photo of Himself as Deathstroke