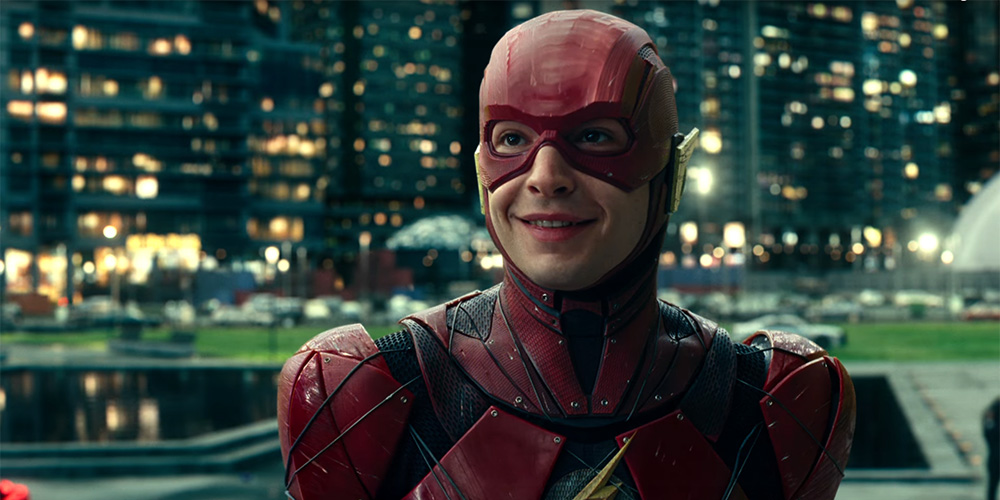 While Ezra Miller is technically making his big screen debut as Barry Allen/The Flash in Justice League, if you’ve been paying attention you’ve met him before. Ironically enough, the fastest man alive has a few blink and you’ll miss him cameos in Batman v Superman and Suicide Squad. However, in his “official” big screen debut, Miller absolutely knocks it out of the park, and arguably steals the show, as the Crimson Speedster.

This past San Diego Comic Con, Warner Bros. and DC announced they would be doing a Flashpoint film. Fans of this story know that it heavily revolves around the Flash, as he travels back in time through the Speed Force to prevent his mother’s death, which has dire consequences and changes the DC Universe timeline.

One of these major changes, is that instead of Thomas and Martha Wayne being killed in the alley, it was Bruce. Thomas Wayne then leaves his life of being a doctor behind and becomes a much more brutal version of Batman, while Martha’s mind snaps and she becomes the Joker. Jeffrey Dean Morgan, the actor who portrayed Thomas Wayne in Batman v Superman, has already expressed his interest in returning to the role for a Flashpoint film.

Here’s what Ezra had to say on the upcoming film:

“What fans understand when they hear Flashpoint would be almost like hearing a word like Crisis. We start to understand that our precious DC Universe will inevitably be torn asunder to an endless, headache-inducing fabric of multiversality. The DC Hyper-Extended Multiverse, as I plan to call it. Quote me!”

On Batman’s inclusion in the story, Ezra says:

“There’s elements in it that we’re going to be playing into that we couldn’t do anywhere else. The scale of it, the Batman story of it all.”

Personally, if they can make this happen with a Jeffrey Dean Morgan Thomas Wayne Batman, and Jason Momoa and Gal Gadot returning for their Flashpoint version’s of Aquaman and Wonder Woman respectively, sign me up!

Also, if Affleck does end up stepping away from the role, this could be the “graceful” way he bows out as he’s stated, causing a “different” version of Bruce Wayne to be Batman when Barry puts the timeline back together.

What do you think? Do you want a live action Flashpoint film? Do you think this will just be another canned movie attempt? Let us know!

As of now, Flashpoint is slated for a 2020 release.