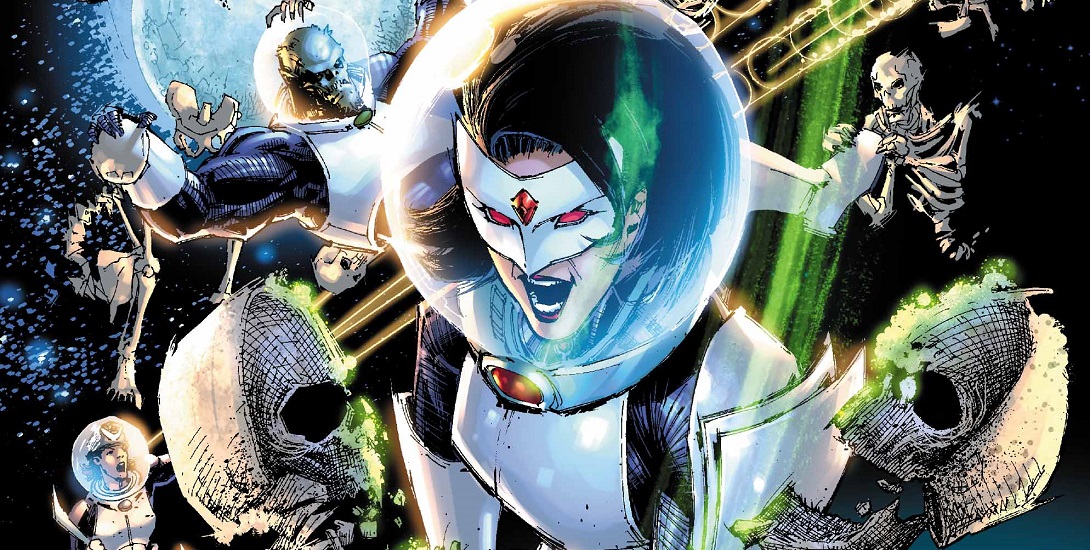 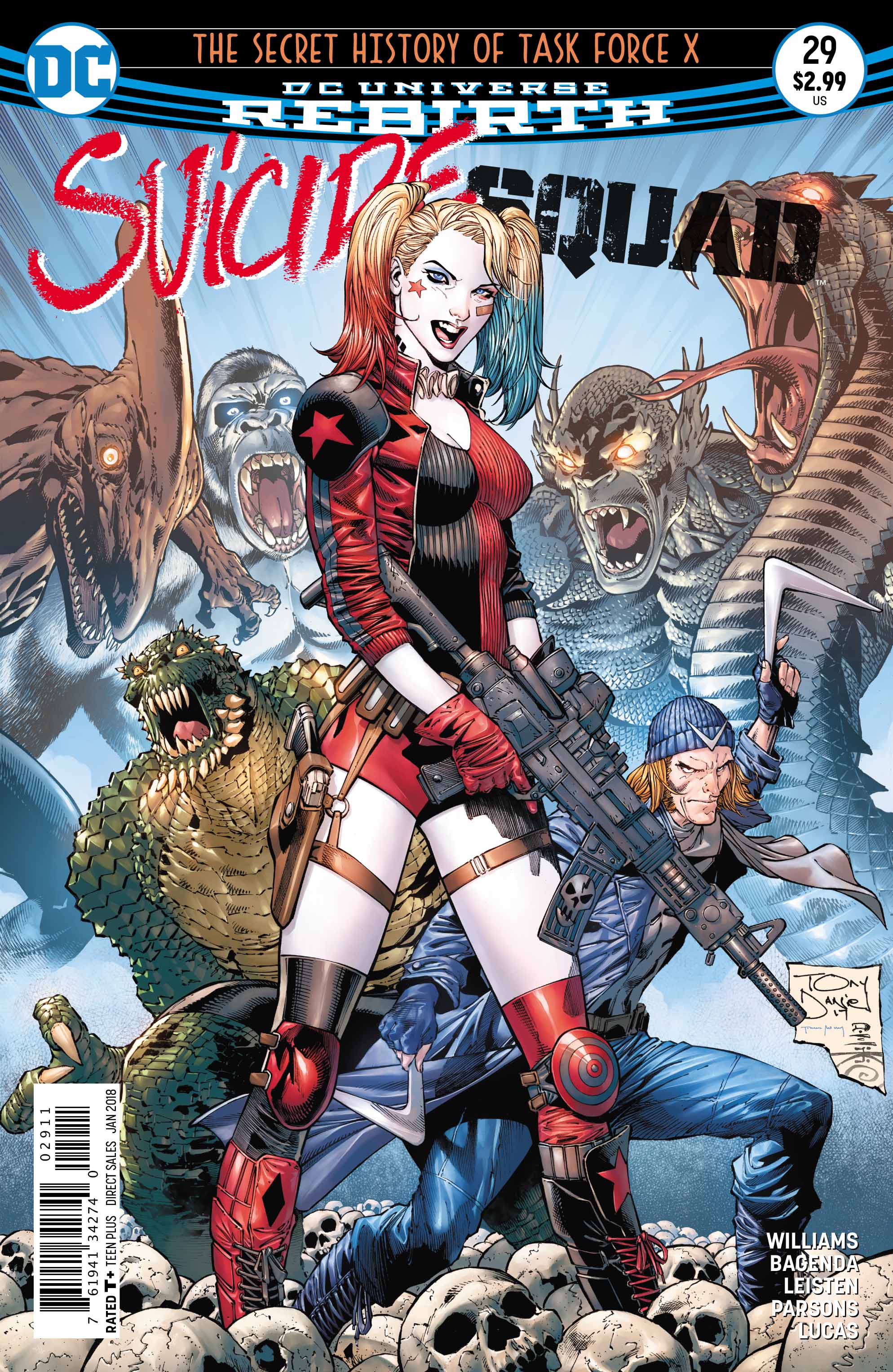 Things are really heating up in the latest issue of Suicide Squad. The third chapter of “The Secret History Of Task Force X” delivers some great action, and some great comedy. In this issue we see huge doors, a gorilla in a spacesuit, tons of monsters and a veritable battalion of big guns.

One of my favorite aspects of this title has always been writer Rob Williams’ spot on, naturalistic dialogue. The characters in this book don’t deliver the kind of lines you’d groan at if you heard them on TV… oh no. These guys speak like real people do. Captain Boomerang comes out with the kind of dialogue I hear regularly from some of my real-life friends. I won’t name names, because I’d actually like them to remain friends.

While action abounds, dead robots and undead bodies attack, the members of the squad react like most would… in sheer terror.

Some notable lines include:

Captain Boomerang: This! This is the bit! The… the Thing… The Thing’s gonna burst outta his stomach or his back or his… @r$e or something! I’m telling ya, mate! This is what happens in Space! The bursting! The bursting’s…

Brilliant… John Carpenter and Ridley Scott would be proud. 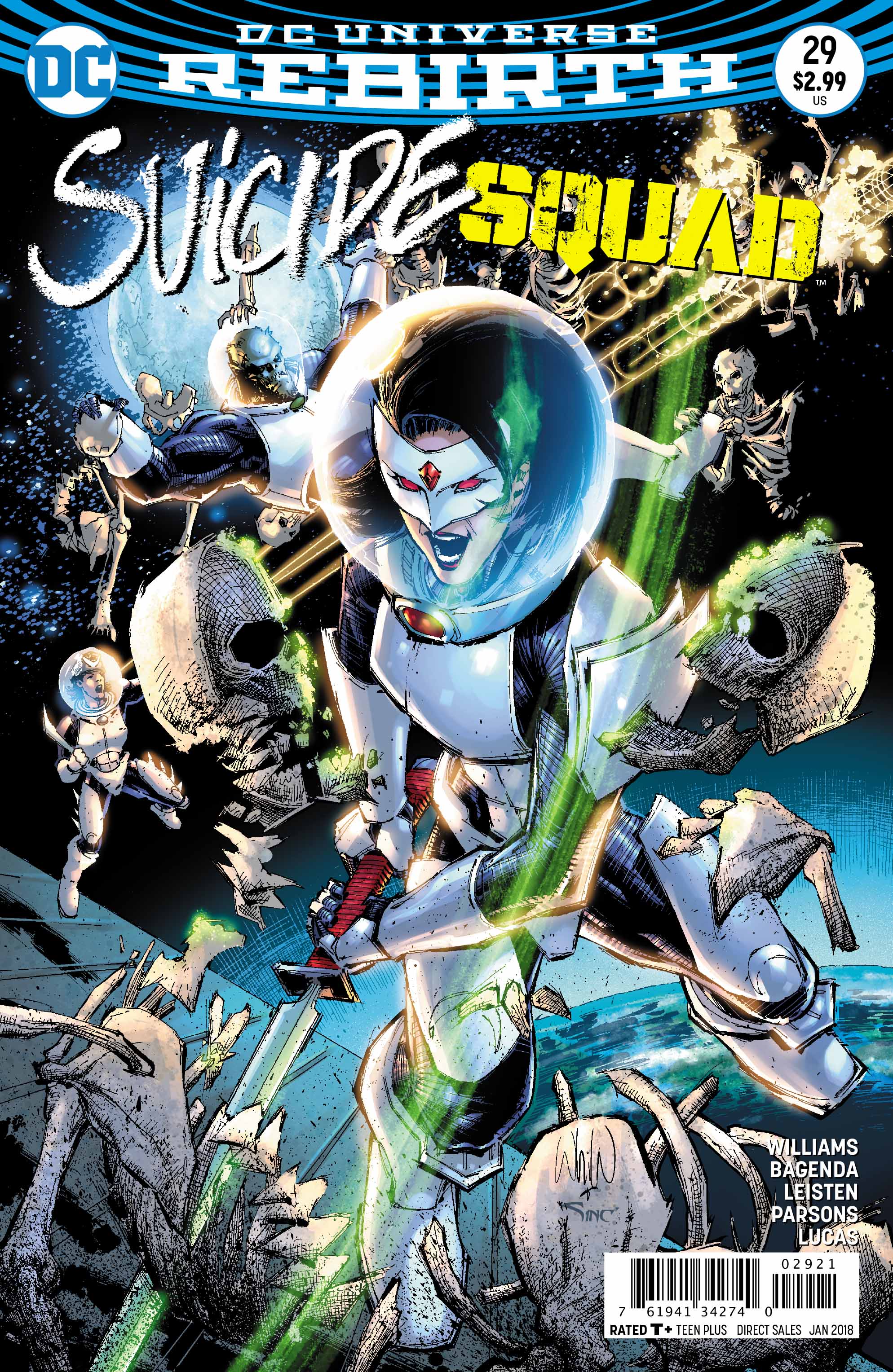 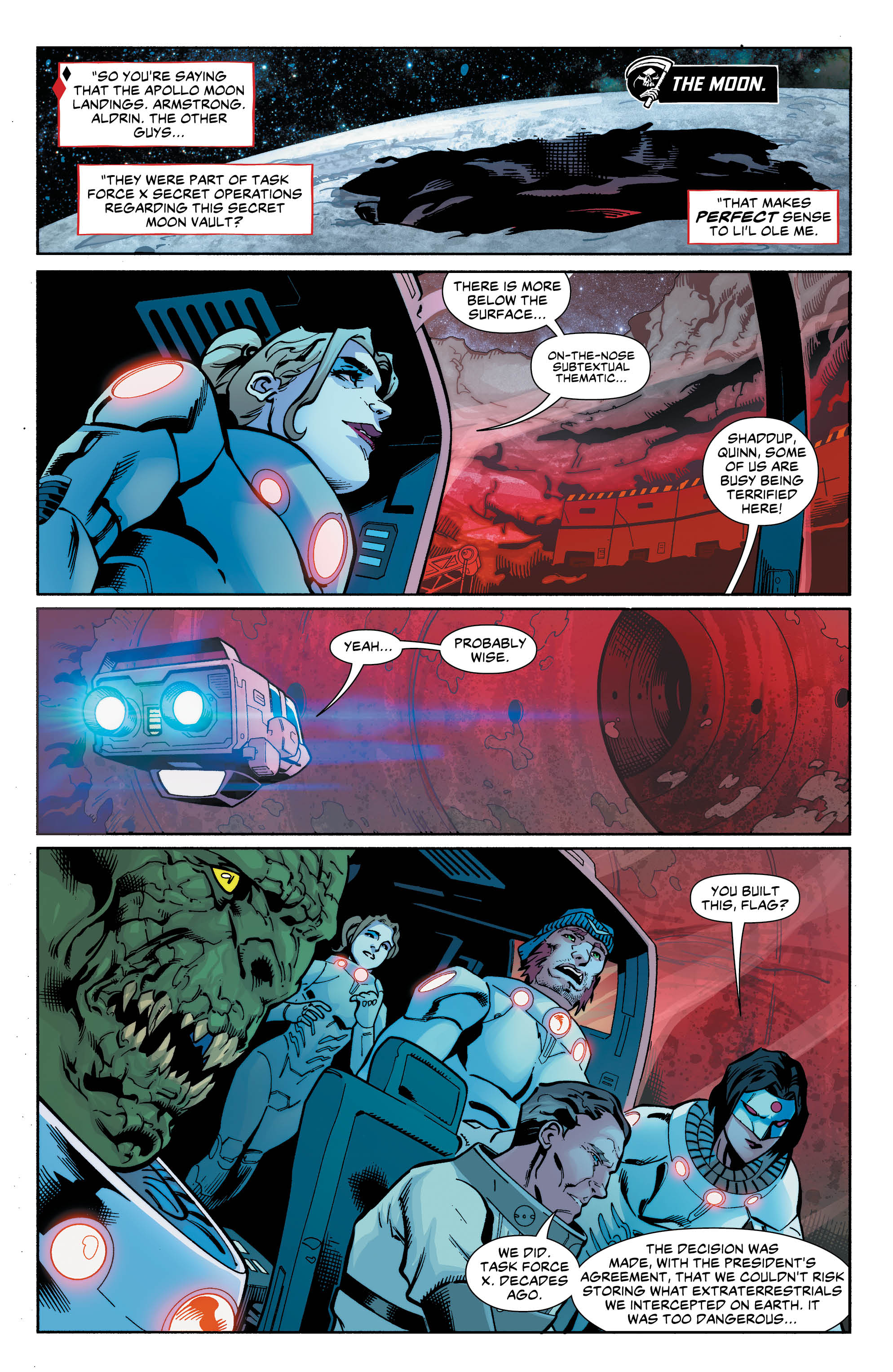 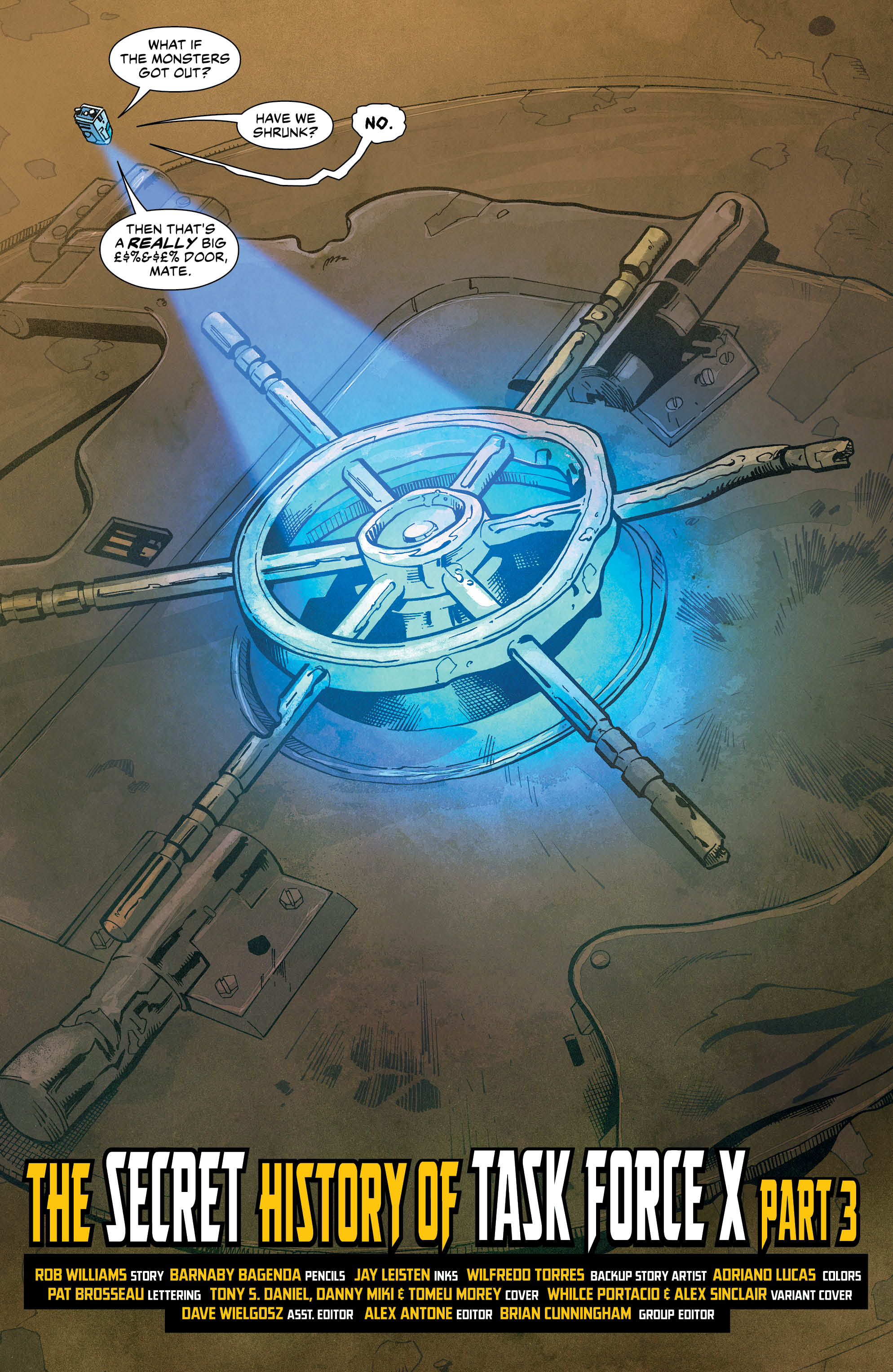 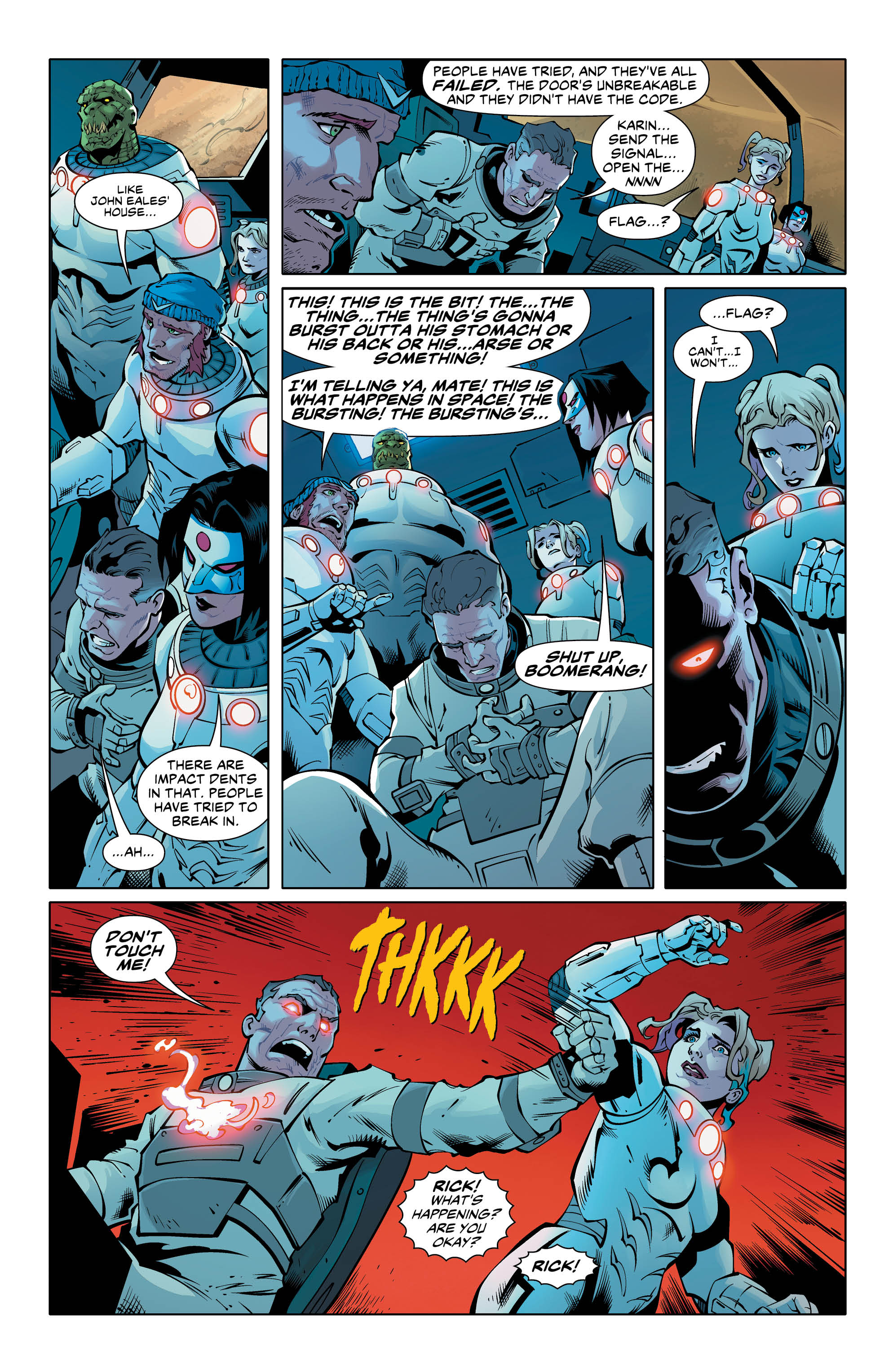 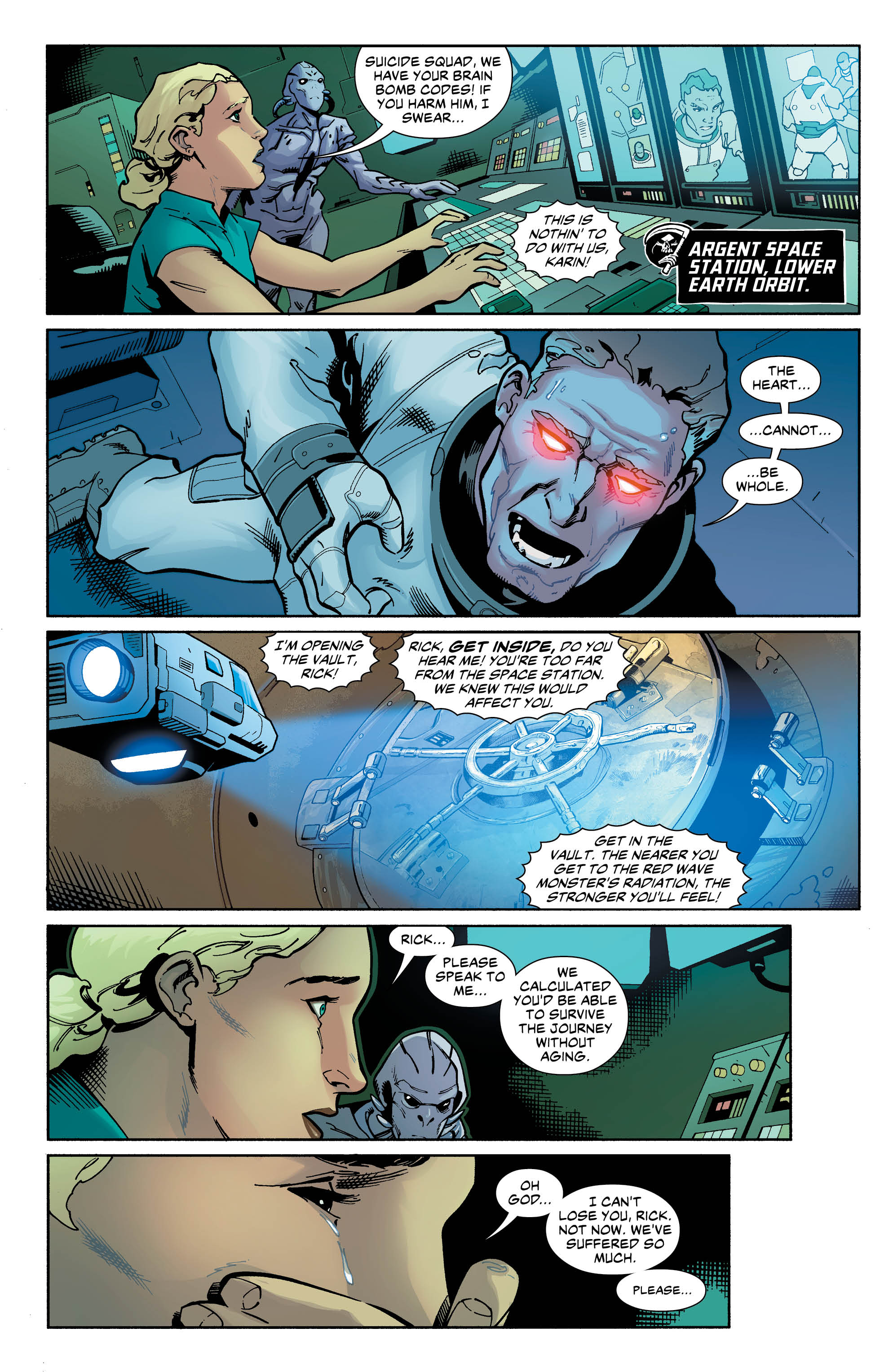 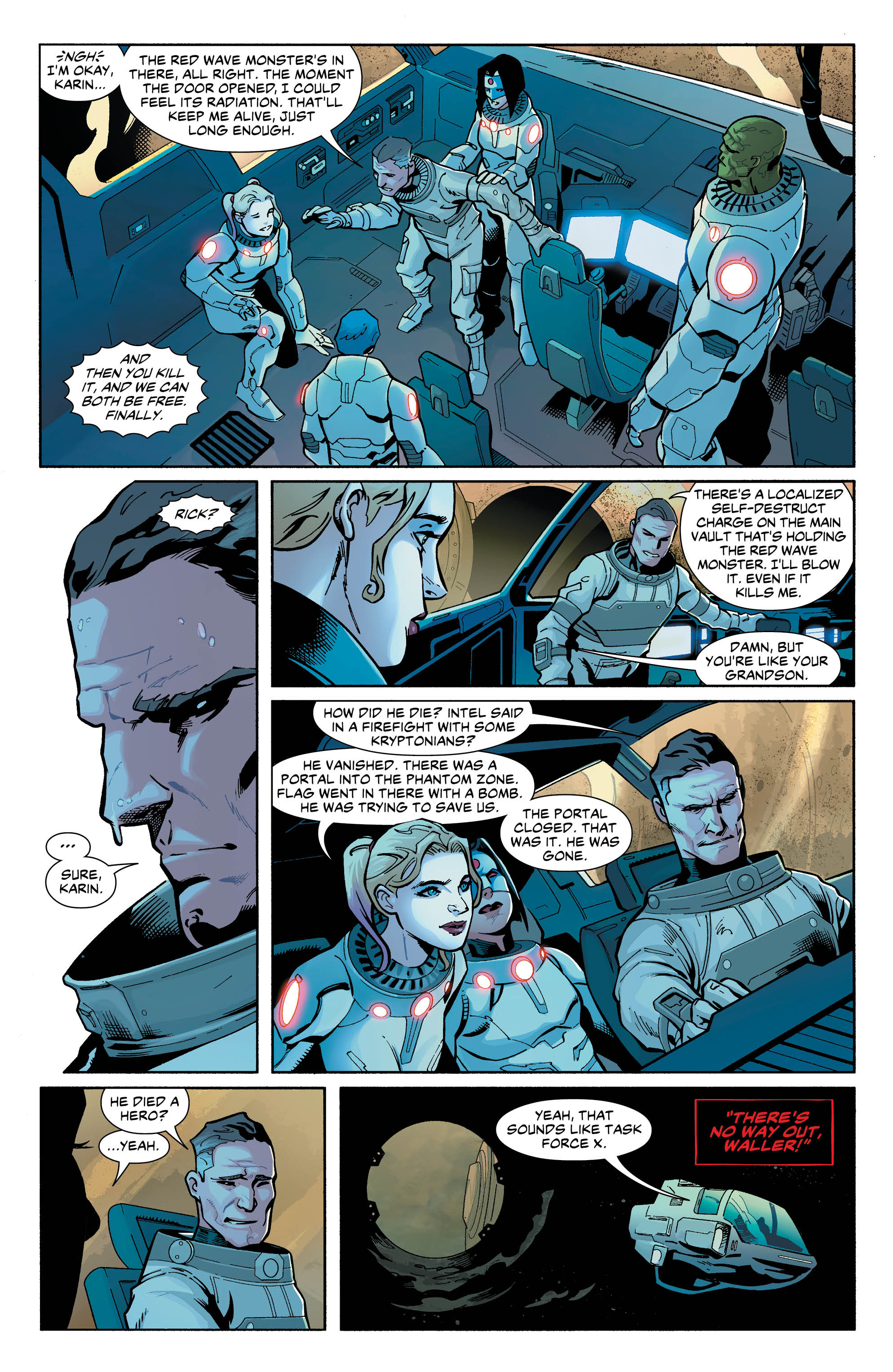 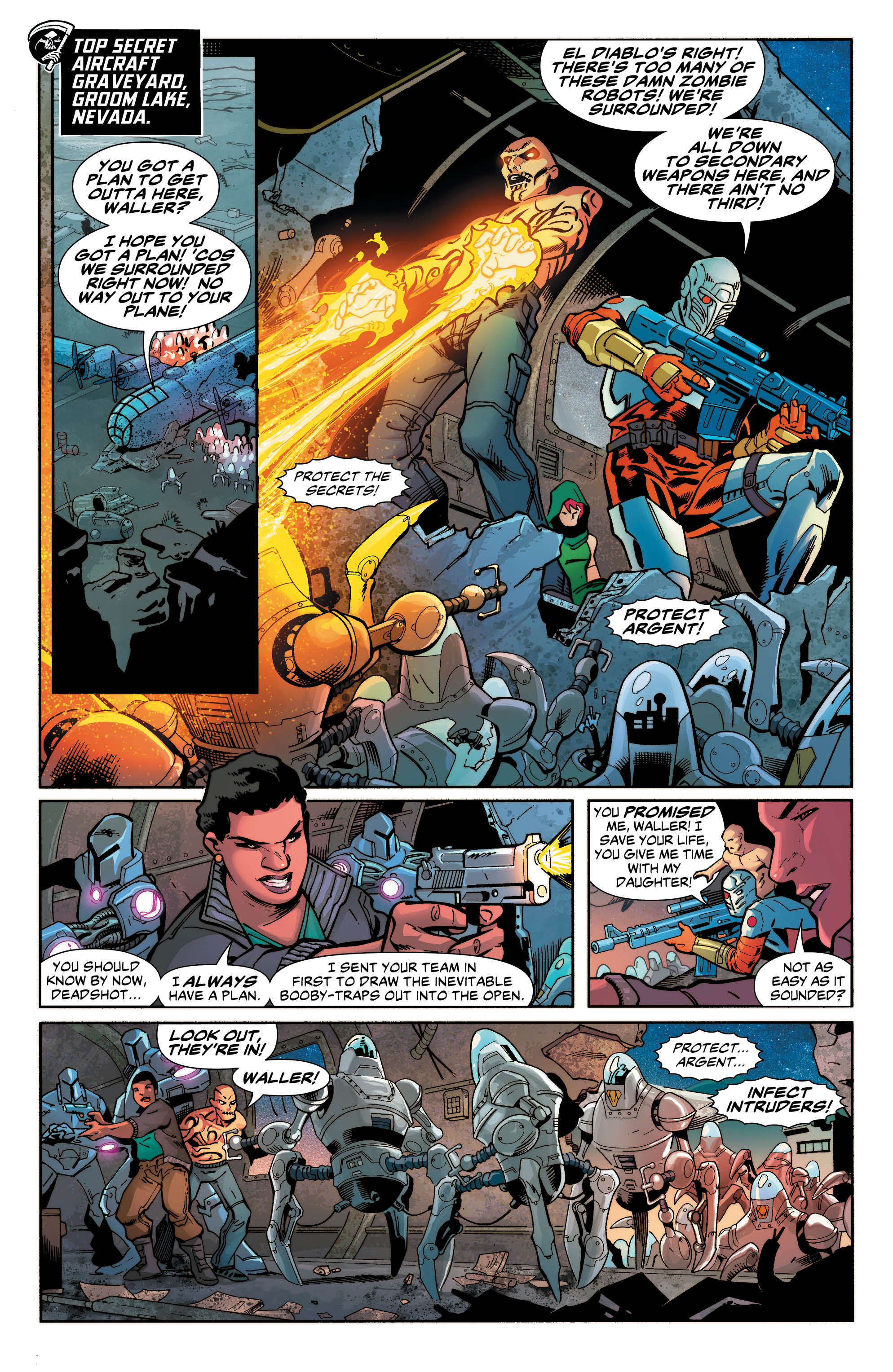 Dark Side Of The Loon

“The Secret History Of Task Force X” really is unravelling this issue. We learn the fates of some long forgotten characters, and learn the motivations of some of the current Squad members too. Mr. Williams really is peeling and incredibly huge and layered onion here, and I’m enjoying the ride. The hidden depths of the abandoned moon base pale in comparison to the hidden depths of Rick Flag Sr.

I’m extremely pleased to say that the art by Barnaby Bagenda and Jay Leisten this issue is really good. The art has always varied greatly in consistency and quality on this title in recent months, but Mr. Bagenda and Mr. Leisten have pulled out all the stops this time around, ably abetted by the hero of the hues, colorist Adriano Lucas. The action flows smooth, and the colors enhance every page, like Industrial Light And Magic do with every movie. Great job to all.

Wilfredo Torres also does a bang-up job with his two page back-up strip. He and Rob Williams are laying seeds that will burst forth (like aliens) in later issues, in relation to King Faraday’s ultimate goals regarding Task Force X.

The creation of the Suicide Squad is clearly much more complicated than we first imagined. Rob Williams and his collaborators are really creating a “Secret Origin” type tale here, and so far it’s a winner. I am intrigued and eager to read more. The cliffhangers that regularly end these issues help with this, and the fact that we have two stories with evil endings to deal with don’t hurt either. This issue is strong! 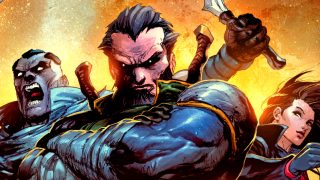 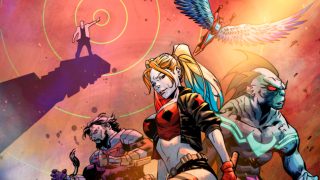