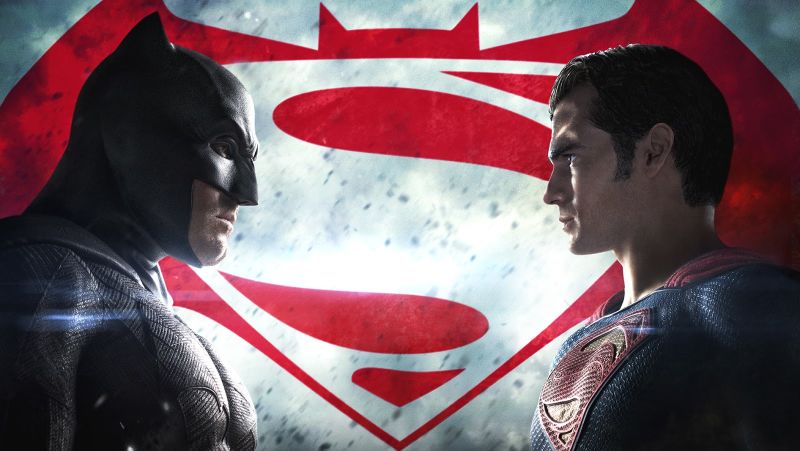 Whether you love or hate Batman v Superman: Dawn of Justice, almost everyone is in agreement that Ben Affleck’s Batman is arguably the best part of the movie. From his off the comic page aesthetic, incredible warehouse fight scene and everything in between. This is the Batman many fans have been waiting for in a live-action film.

However, one of the main complaints about this version of Batman is how he acts in BvS. Along with Lex Luthor, one could argue that Batman is the villain of the film, with the sole purpose of killing Superman.

Many fans had an issue with this interpretation of Batman. Ever since the destruction of Metropolis (with the greatest Bruce Wayne scene ever with him running into the smoke), Bruce had a bloodlust for Superman. His mission to kill Superman leads to some questionable tactics, including very blatantly killing people with his Batmobile, while chasing down Kryptonite. Then creating a Kryptonite spear with the sole purpose of impaling Superman. Batman IS supposed to be a hero, right?

Of course, it’s not like Batman hasn’t killed on film before, whether on purpose or inadvertently (I’m looking at you Keaton and Bale). It’s just Affleck’s version felt out of character, especially with how perfect everything else was with him.

Well, according to Superman actor Henry Cavill, we will be seeing a return to form Batman in Justice League. Although Superman won’t be there for the formation of the League, his impact on Bruce will be evident.

During a press appearance in China, Cavill said this:

“Superman to the League is a, he has a sense of what is missing. He has completely changed Batman’s perspective of these characters with special abilities and powers.”

One of the biggest complaints of Superman in Man of Steel and Batman v Superman was that he spent too much time brooding, when he’s meant to be a symbol of hope for humanity. Superman certainly talks the talk in Man of Steel, but he never quite walks the walk. In Justice League, it seems like we’ll finally be seeing Superman’s effect on people, starting with Bruce.

Cavill says that Superman has restored Bruce’s faith in people (as we saw during Clark’s funeral in BvS) and that causes him to seek the others for help.

“This is a very different dynamic for Bruce Wayne from the first movie, where he was full of anger and resentment and a kind of irrational rage towards Superman. Here, he’s really in the mode of your classic Batman story, where he’s more heroic, trying to save and protect people, trying to build this unit. That was a totally different thing. The idea that this character is trying to assemble a group and get them to work together. Because Batman is a kind of internal, dark, conflicted guy. So it was challenging for him to turn outward and try to get all these people to work together.”

On a side note, it’s great seeing Cavill finally participating in the media and marketing for this film. It just hasn’t felt quite right without Superman for the first ever live action Justice League movie.

Fans will be able to see this return to form Batman, along with the rest of the League members, when Justice League is released on November 17th. Tickets are available NOW!