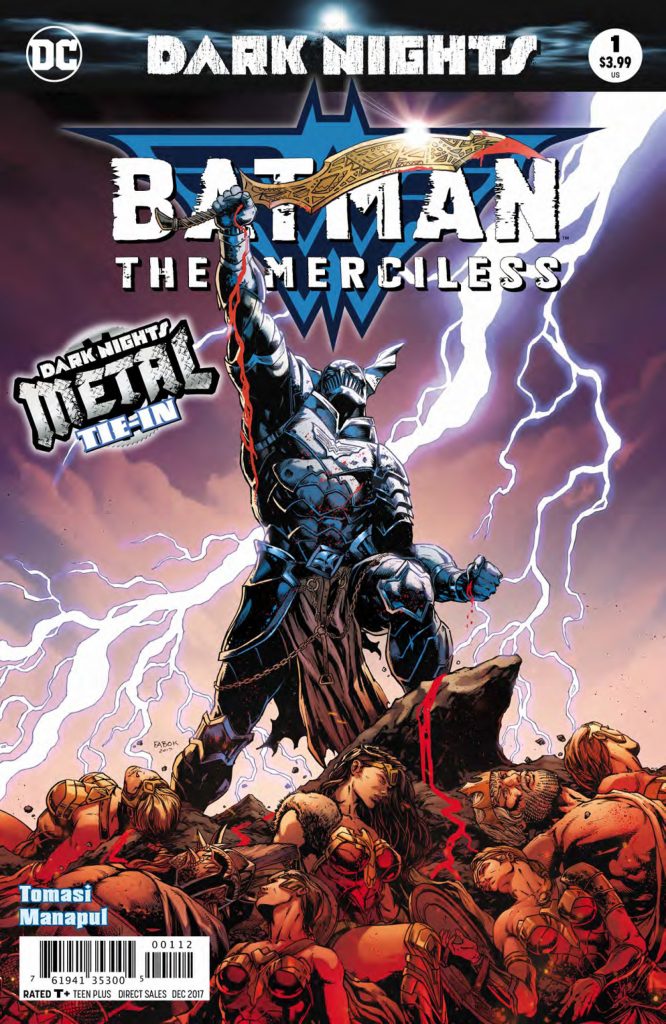 The next chapter of DC’s Metal is Batman: The Merciless #1. On this Earth, Bruce Wayne fights alongside Wonder Woman in the ultimate war against Ares. Ultimately, Bruce decides that he can ensure, as a god, that war was fair. By wearing Ares’ helmet, Bruce Wayne was now able to reshape war how he saw fit.

Batman: The Merciless #1 is a wonderful story that I fear will end up forgotten. This book balanced the repetitive nature of the Dark Nights one-shots with introducing new intriguing plot details. As intriguing as the concept of a Batman who is a god is, those concepts weren’t explored enough to make this a memorable book. I think the decision to show how much the Bruce of Earth -12 aged from when he first put the helmet on to him crossing over to Earth-0 hindered more than helped. Visually, it’s a nice cliffhanger to end on, but it ends up creating a large, empty history for the character. 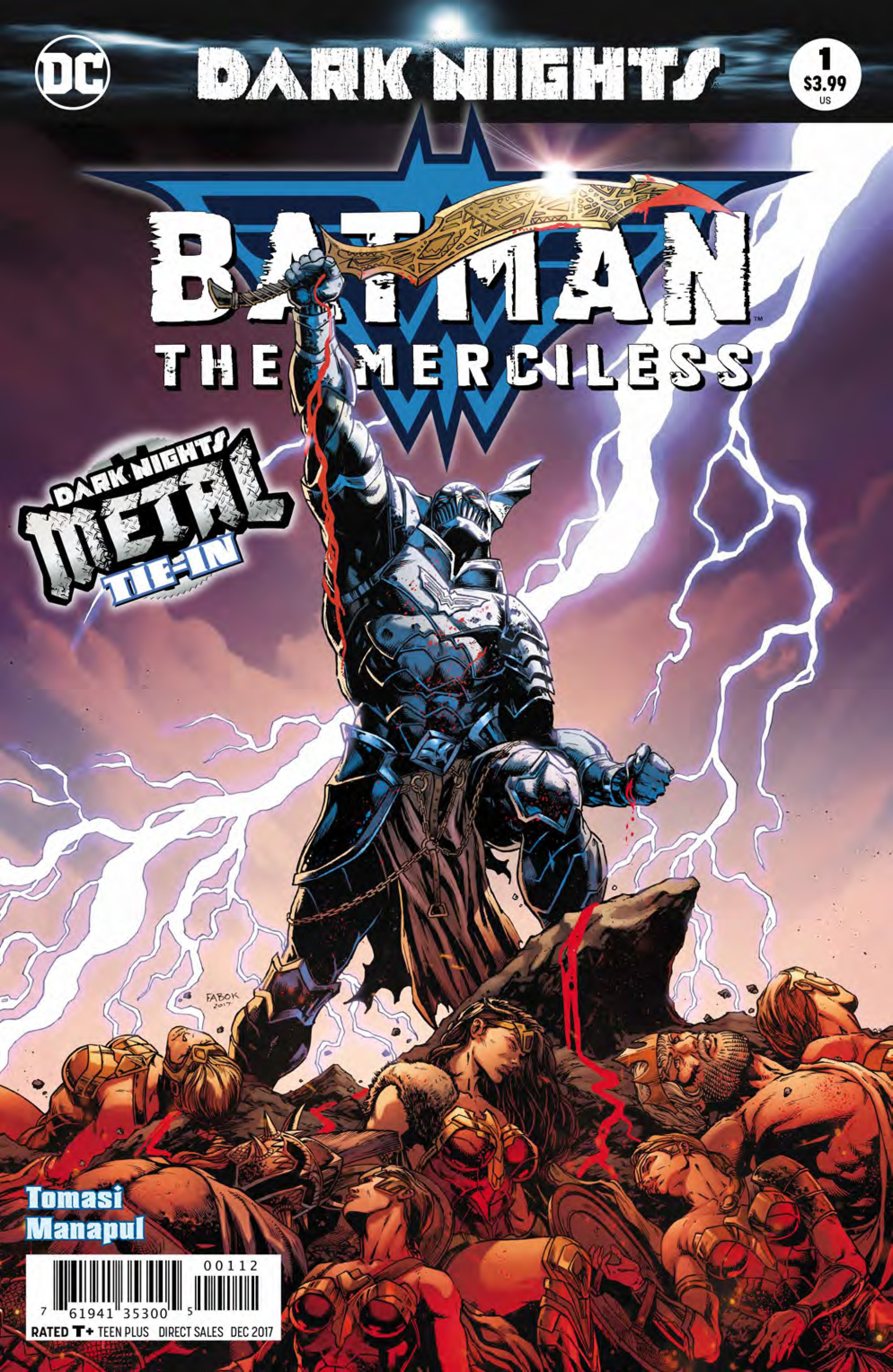 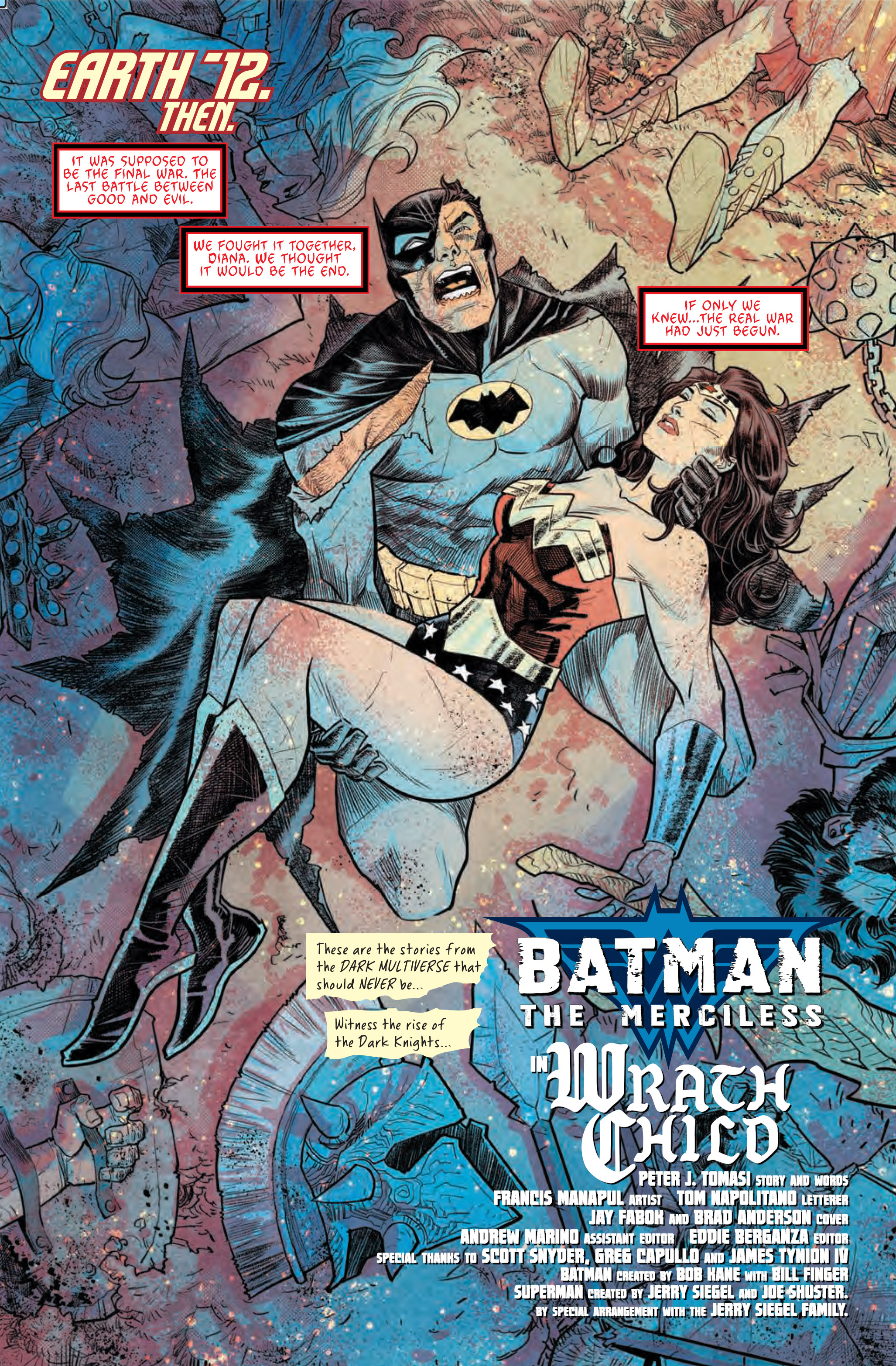 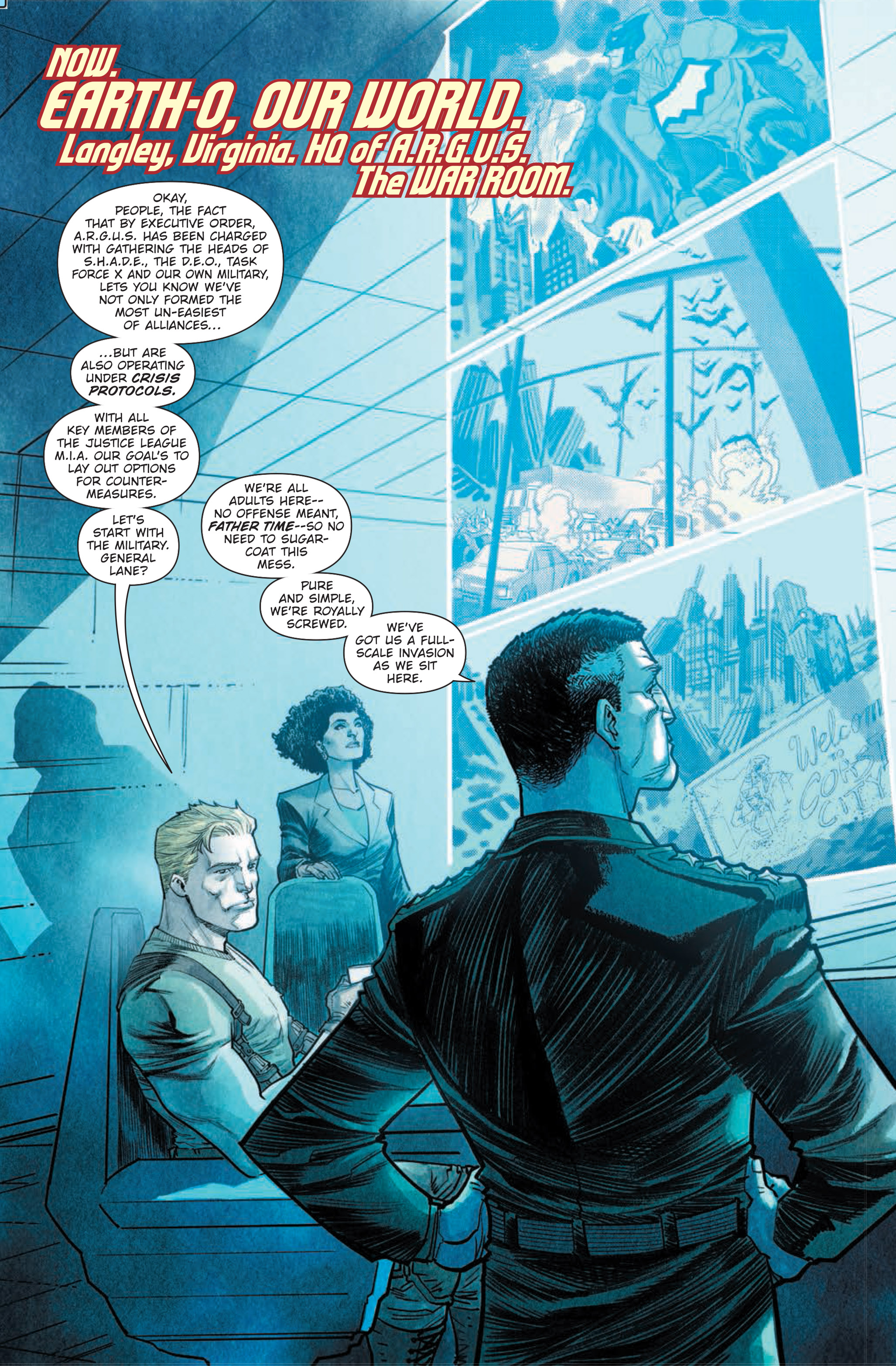 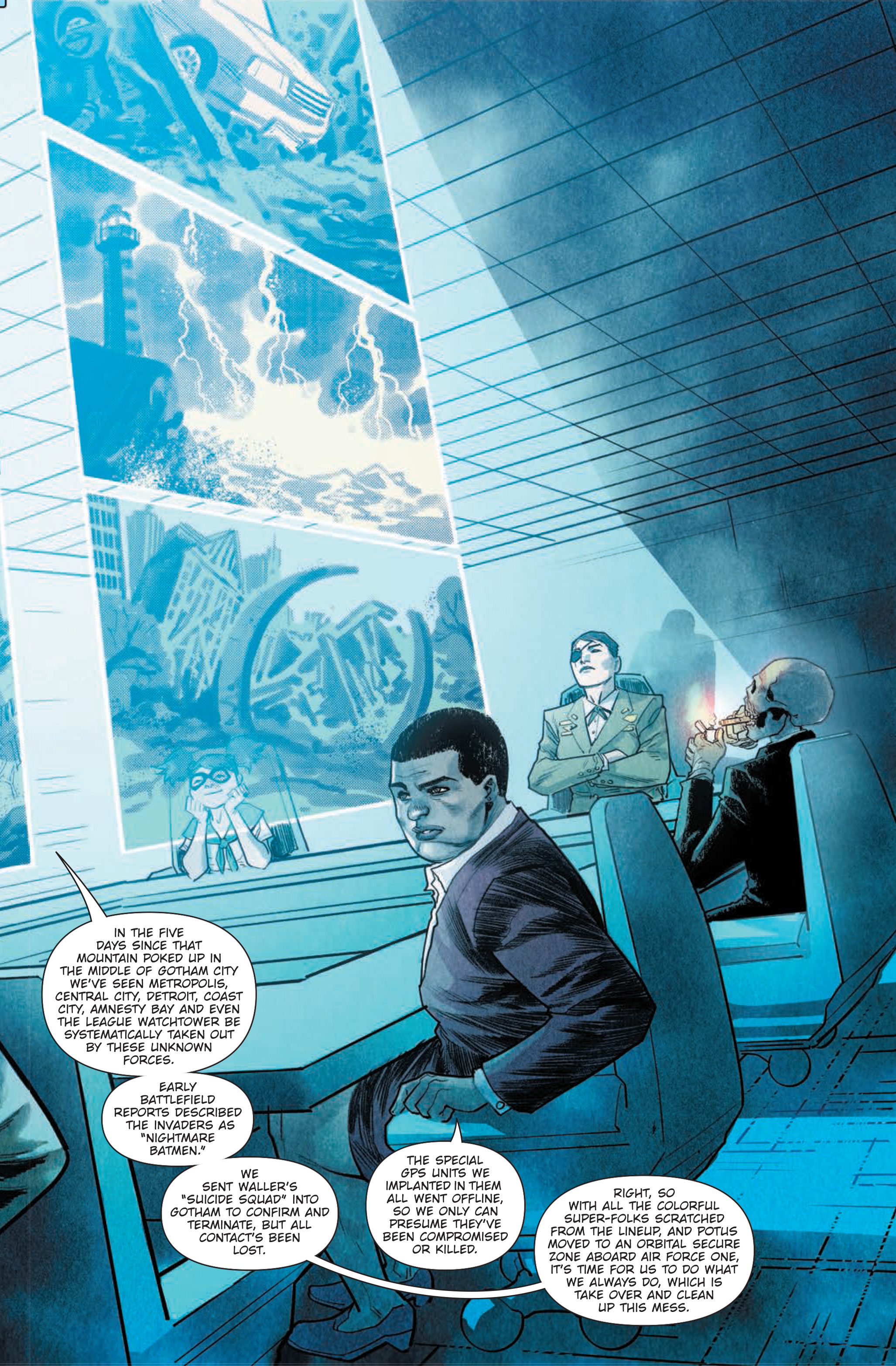 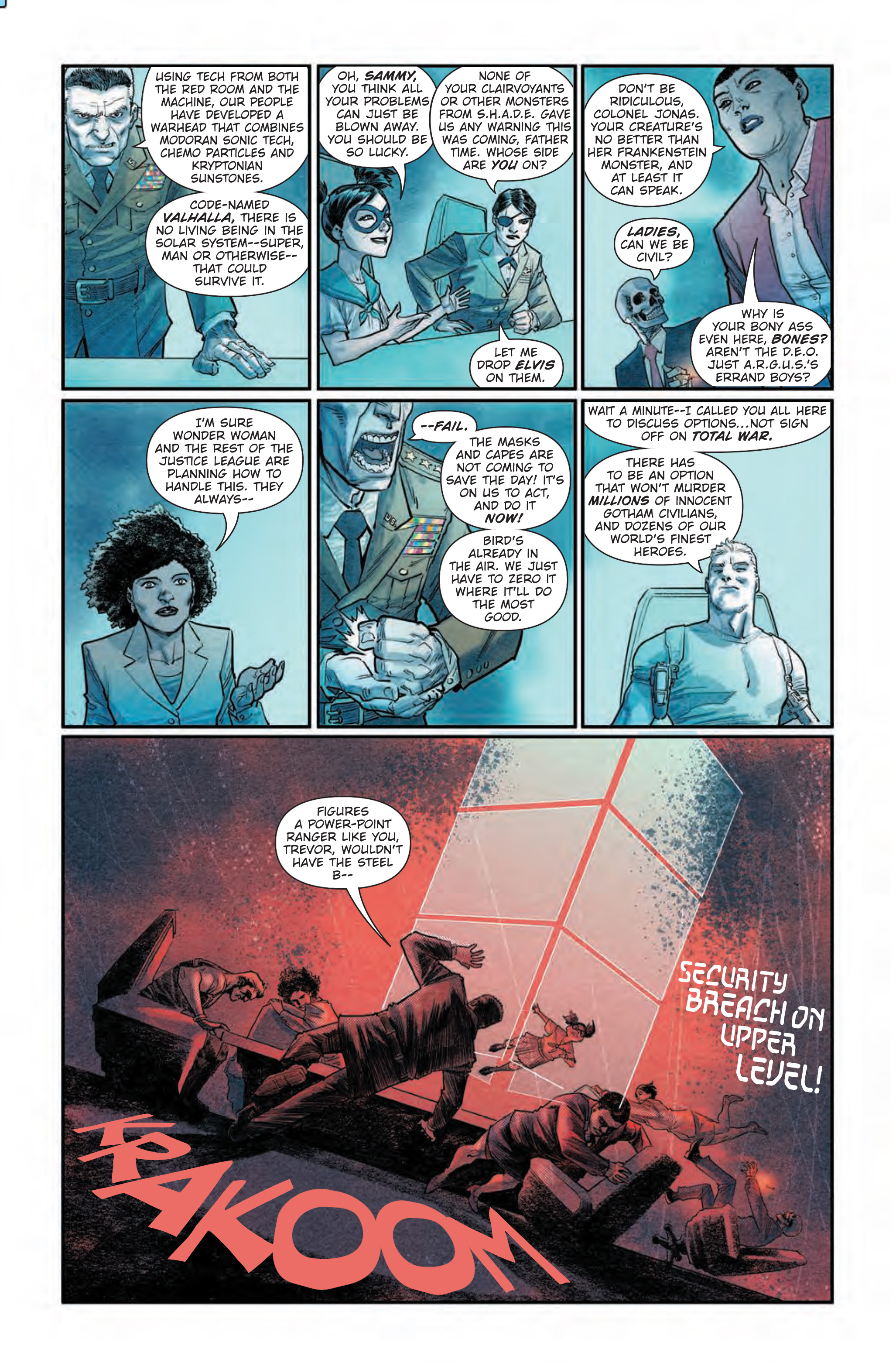 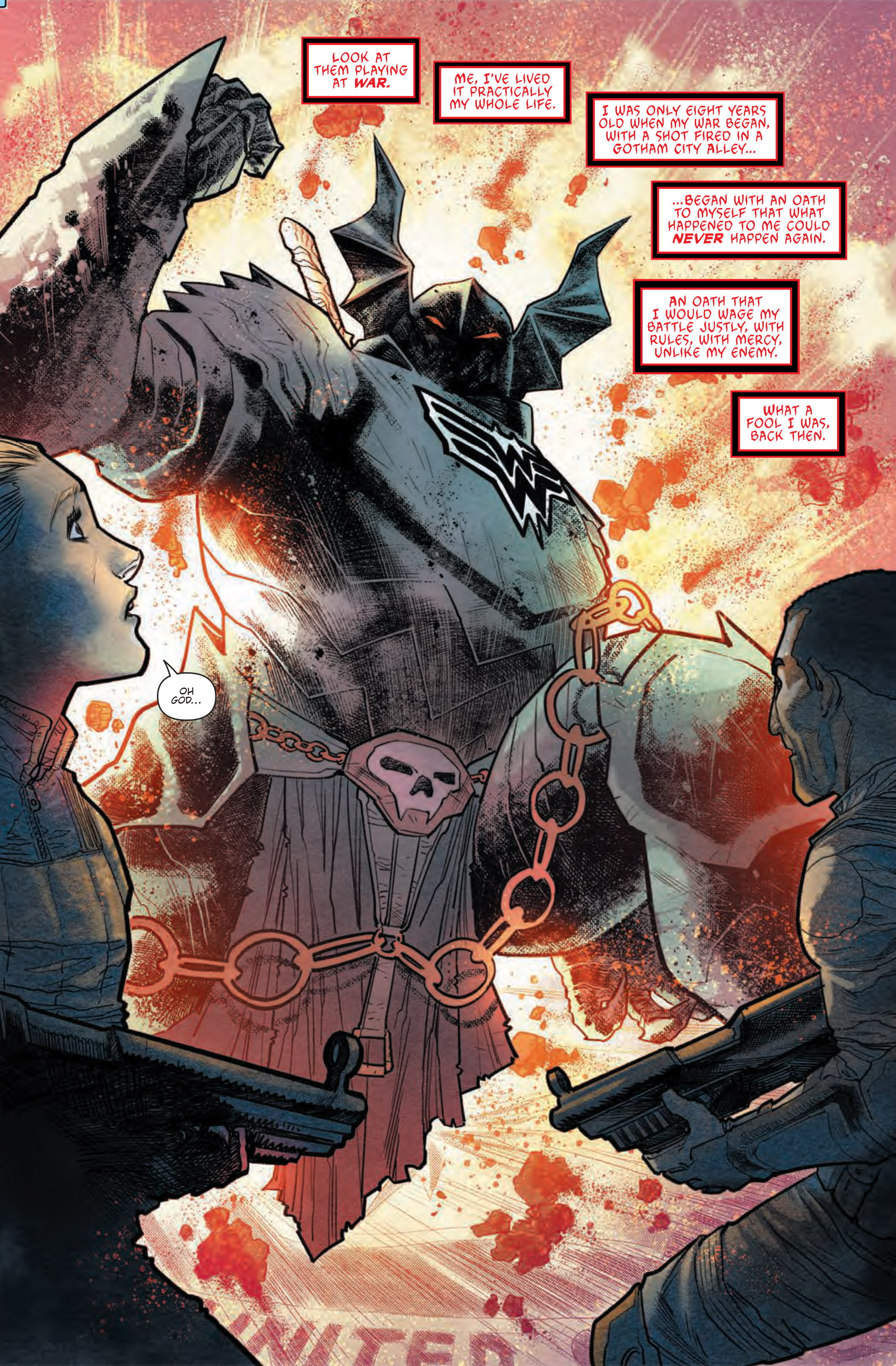 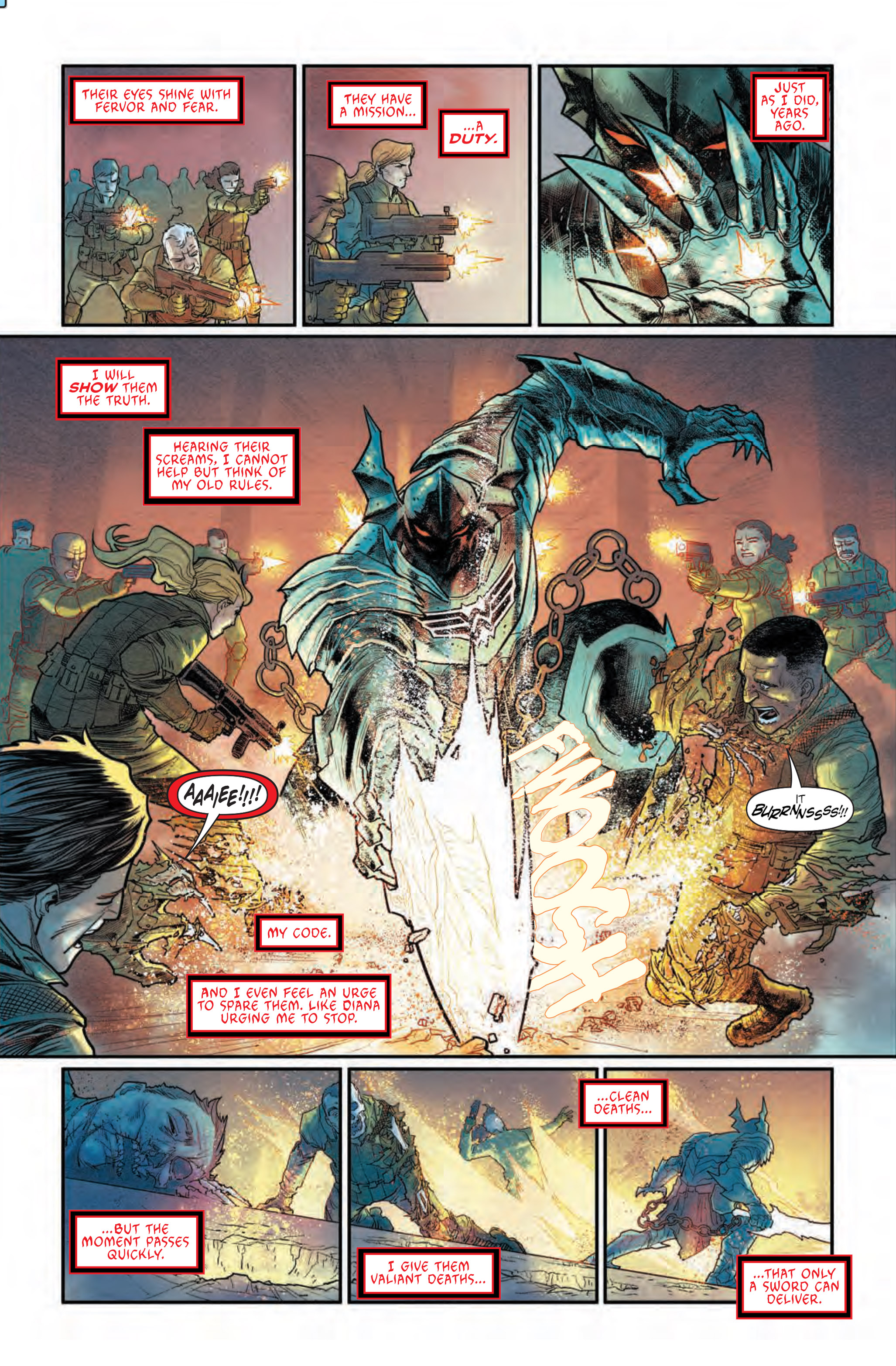 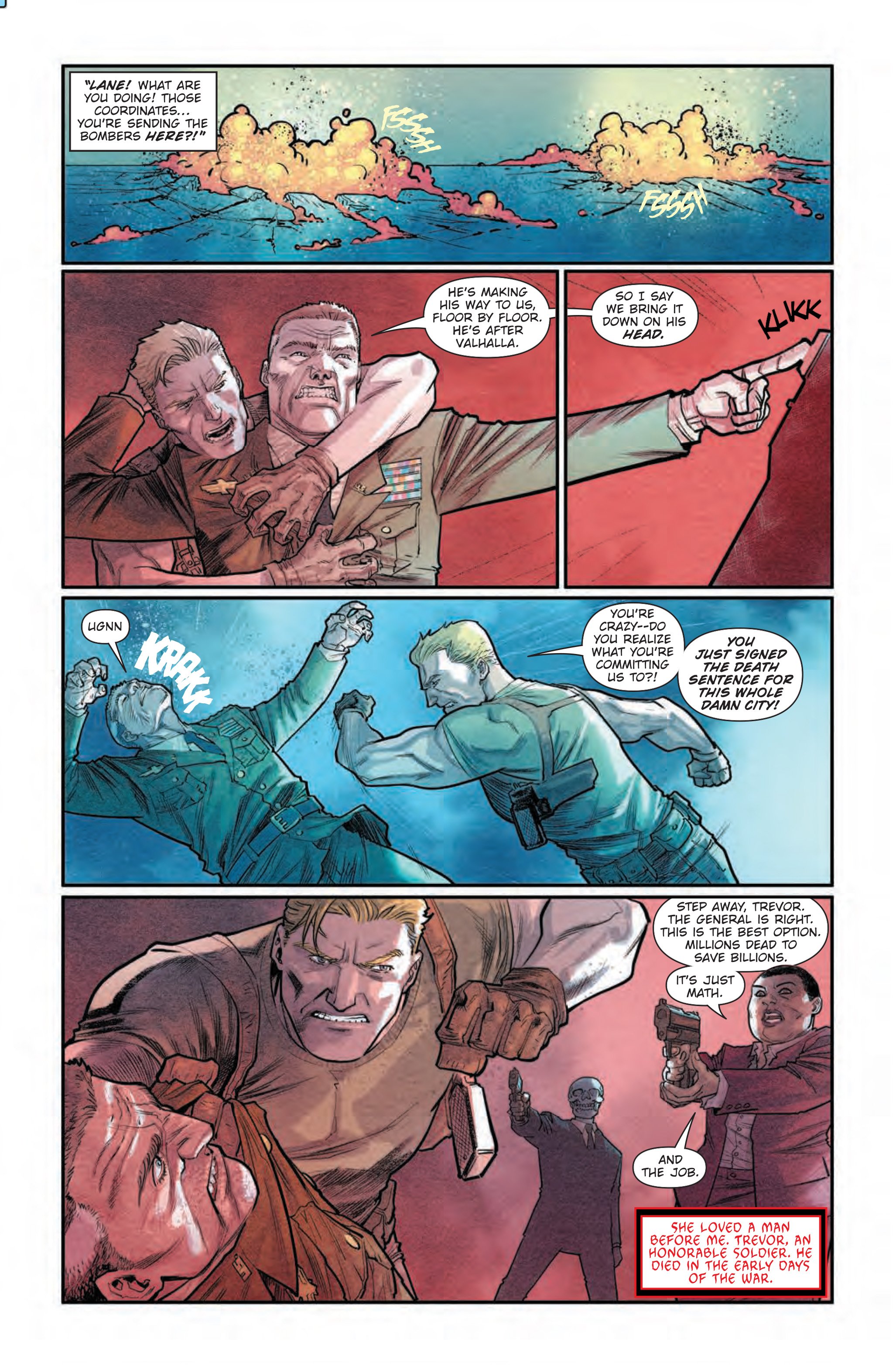 The Merciless is an interesting character, however in this particular issue, he wasn’t the stand out star. The committee on Earth-0 had the best stuff in the book. Particularly Steve Trevor and General Lane; each representing two sides of a coin. Every major city has been comprised, the Justice League has not been seen, and there is a full-on invasion happening. Heads of top agencies meet to come up with a plan. Some want to talk options, others total war.

Peter Tomasi delivers a script that handles well. Two complaints I’ve had in these one-shots are that pacing is off at times and heavy exposition. There’s very little of that, if any, in Batman: The Merciless #1. Tomasi can keep the story flowing, not spell it out for us, and balance the repetitive nature that these event books can suffer from.

The art from Francis Manapul is top notch. DC has been fortunate to have a group of artists involved with Metal who are able to keep nearly everything seamless. Manapul is no different. I loved how I felt for the Merciless as he walked passed Clark and Diana—I could feel his heartache and all that was there was his feet. Batman as the god of War is an imposing figure and Manapul could show that, while also slyly showing his vulnerabilities.

Batman: The Merciless is one of the best laid out one-shots in the Dark Nights one-shots and tie-ins. The script is nearly flawless and the art keeps you in the Metal event. Despite all these positive things, the story doesn’t feel like one that will be talked about forever. I’m not sure if it’s because Batman is an amalgamation of himself and Ares instead of Wonder Woman, or if it’s just that the Merciless didn’t feel like the star of this issue, but Batman: The Merciless won’t likely be one that helps define this comic book event.