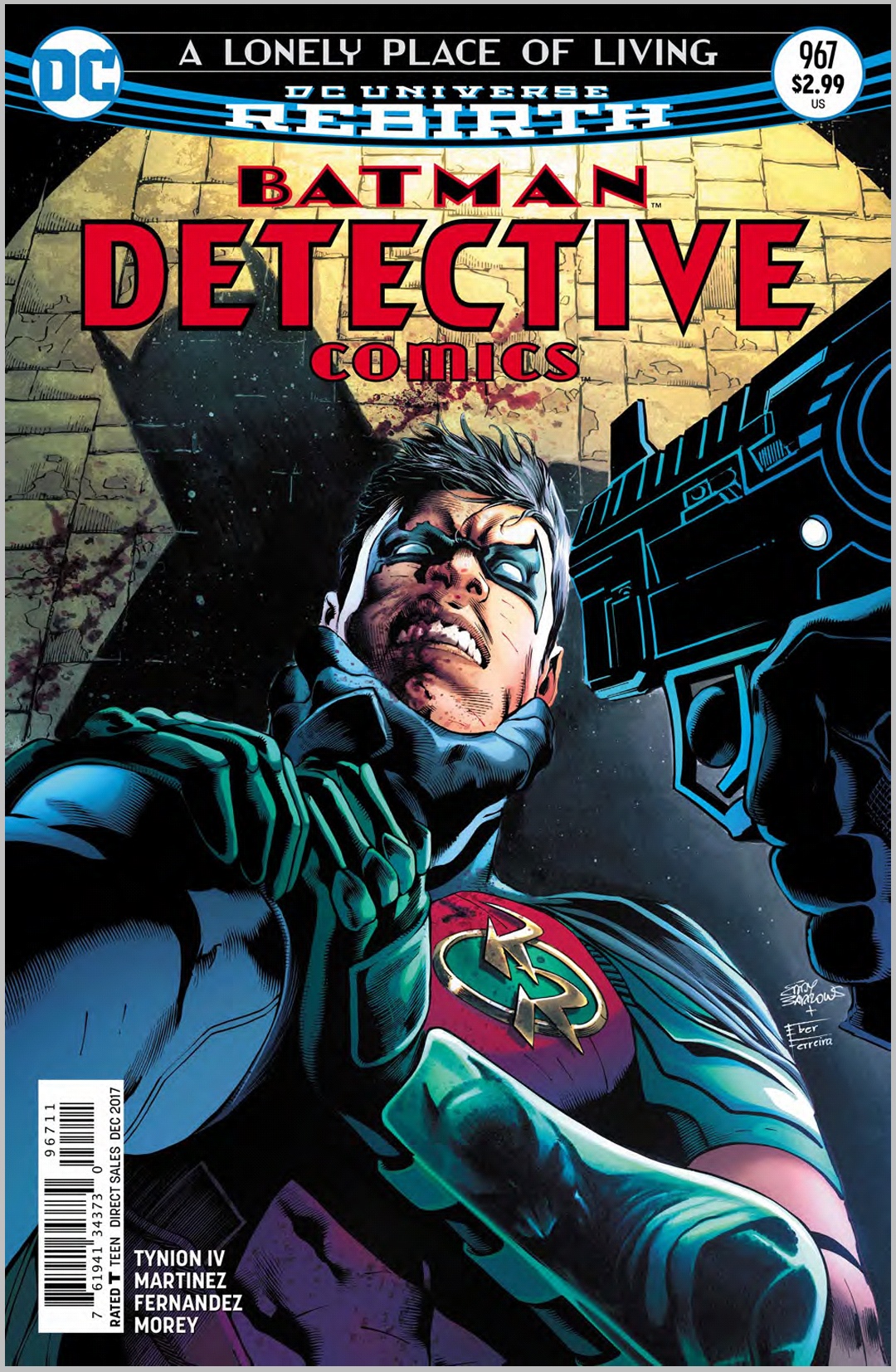 Wanting to see Red Robins just like waiting for a bus; you wait for ages, and then two come along at once! Tim Drake was missing, presumed dead for months, but has now returned with an adult Batman version of himself in tow. Detective Comics #967 really re-defines the term double trouble!

In this chapter of “A Lonely Place Of Living,” we finally see Tim reunited with the rest of the team. After months of being held captive by Mr. Oz, he’s back on Earth and in the Batcave, where he belongs. The main cause for concern though, is the rogue Batman that came back with him.

As always James Tynion IV has delivered a thought provoking story. The adult Tim is so far gone, and so dangerous, that we are all left baffled as to what happened to make him that way. The plot moves at a steady pace and, as we have come to expect, with some great dialogue and character moments too. We have a dishevelled Bruce Wayne anxiously searching for his protege, a comforting Alfred and some great team dialogue.

Red Robin: Orphan, Clayface, and Azrael. One of the Knights in every room.

Red Robin: Hah. That’s what I always wanted to call the team. In my head. The Gotham Knights. Did I never say that out loud? What have you been calling yourselves all this time I’ve been gone?

Clayface: (Batwoman) just calls it “The Team” in a really ominous voice.

Batwoman: What’s wrong with “The Team”?

Red Robin: God. You really are Batman’s cousin, aren’t you? 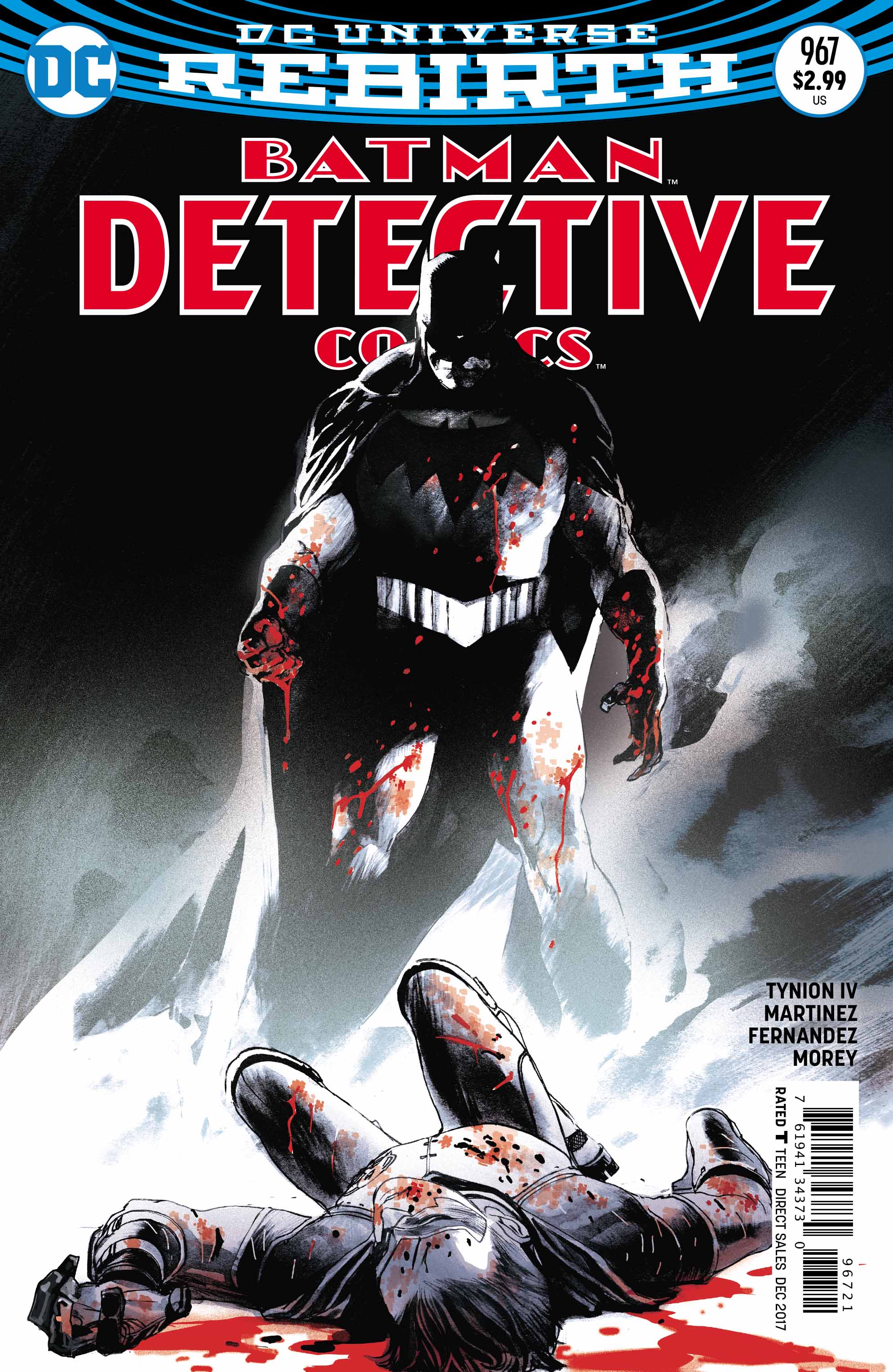 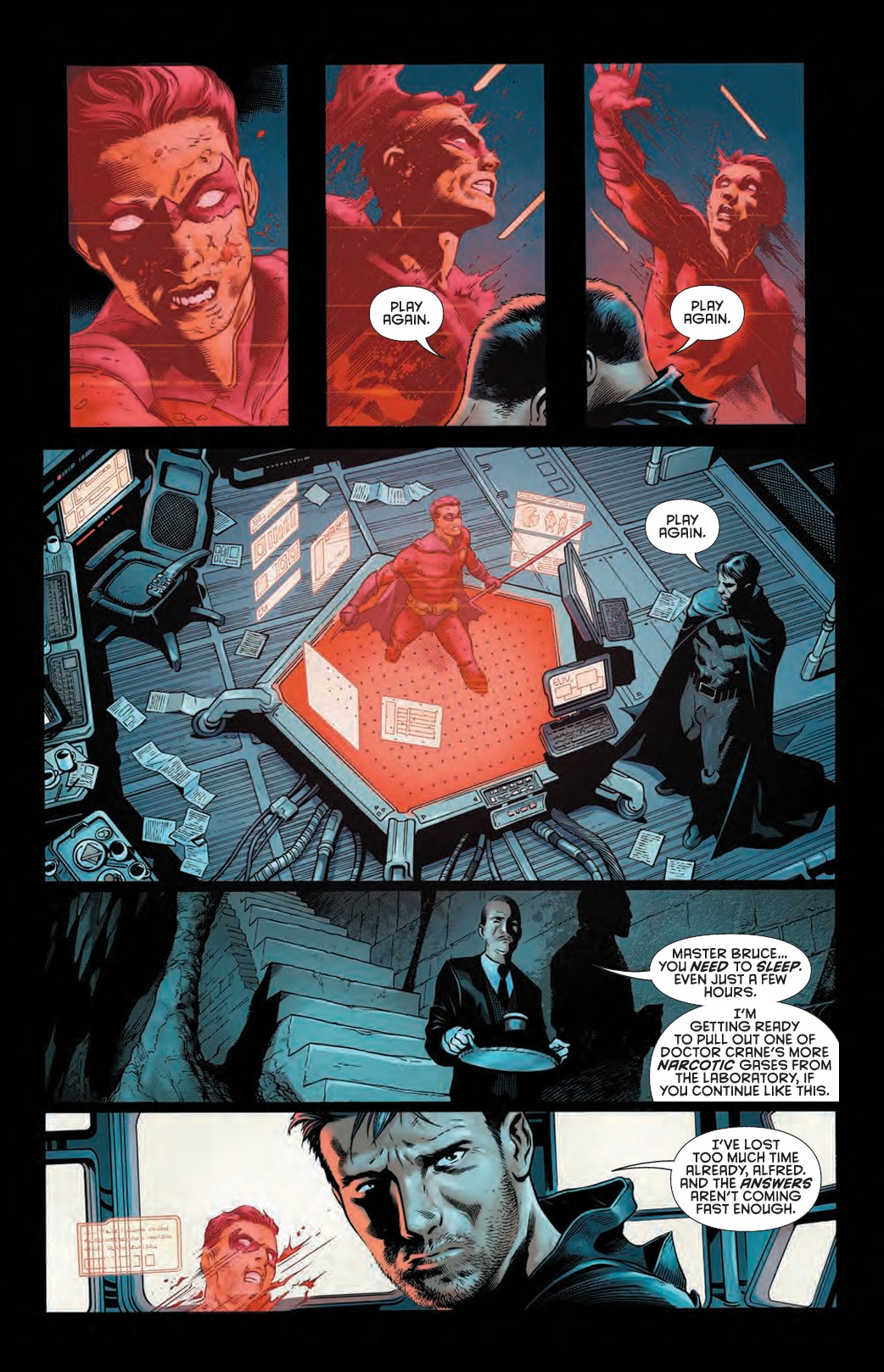 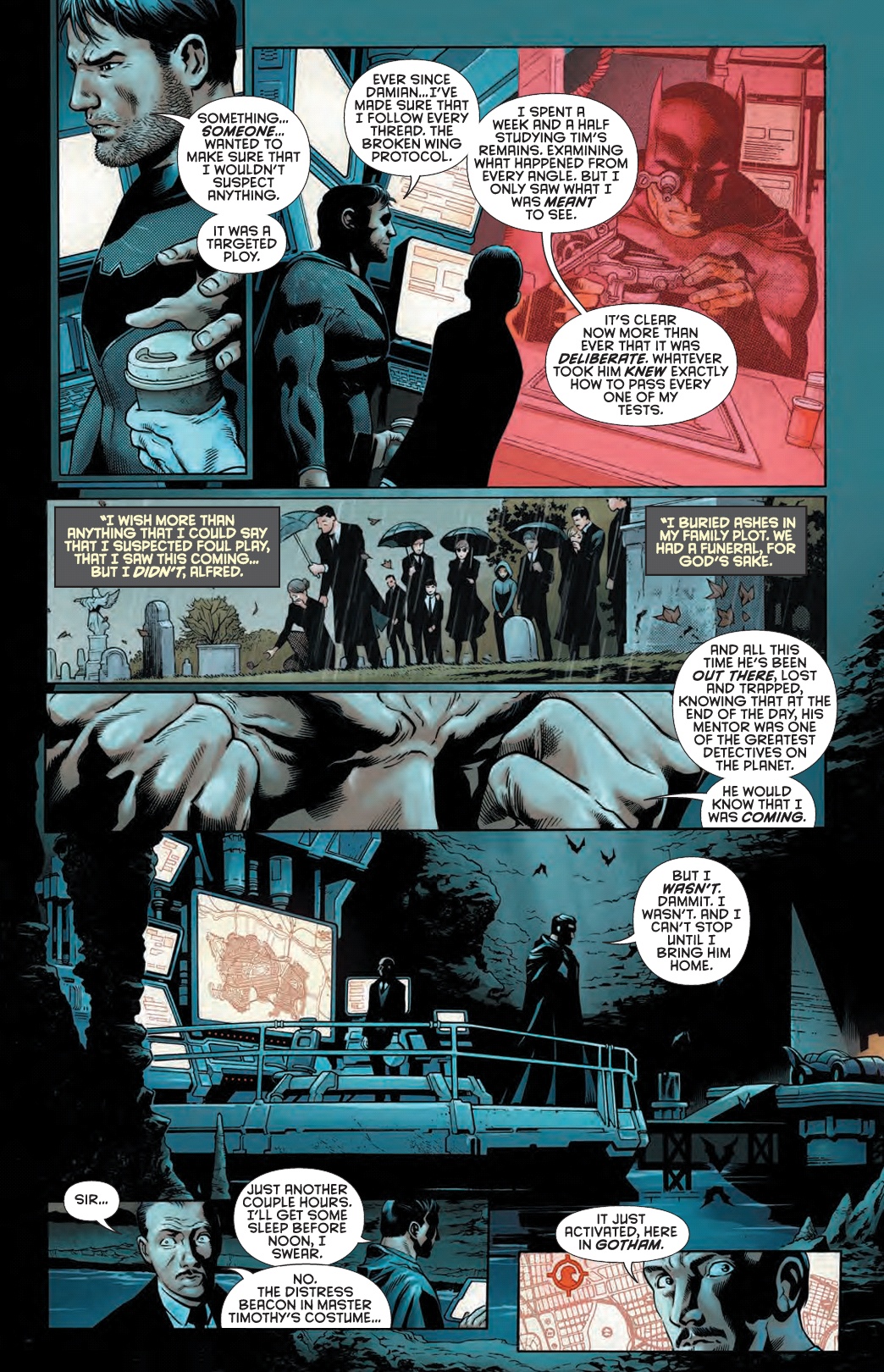 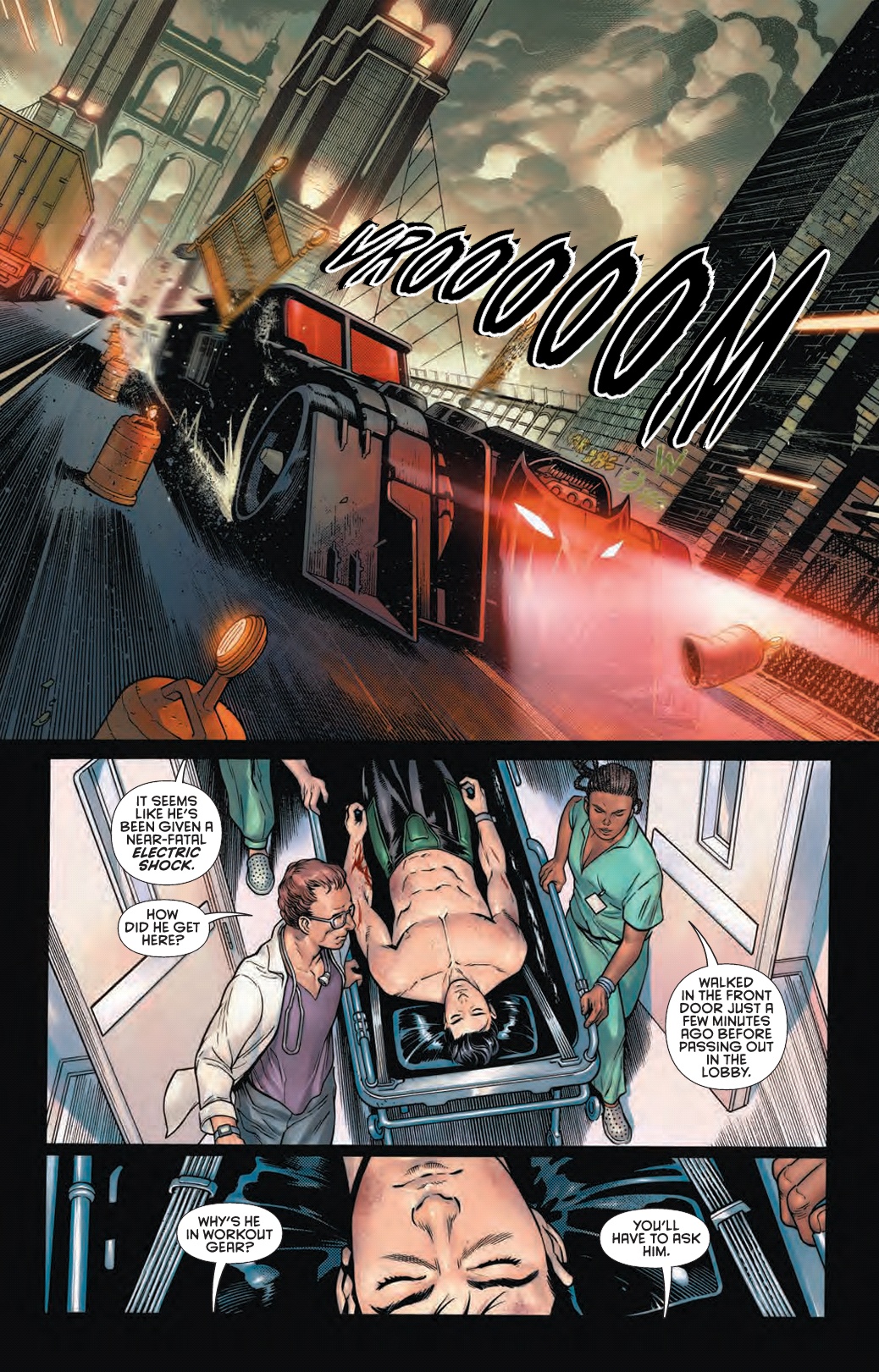 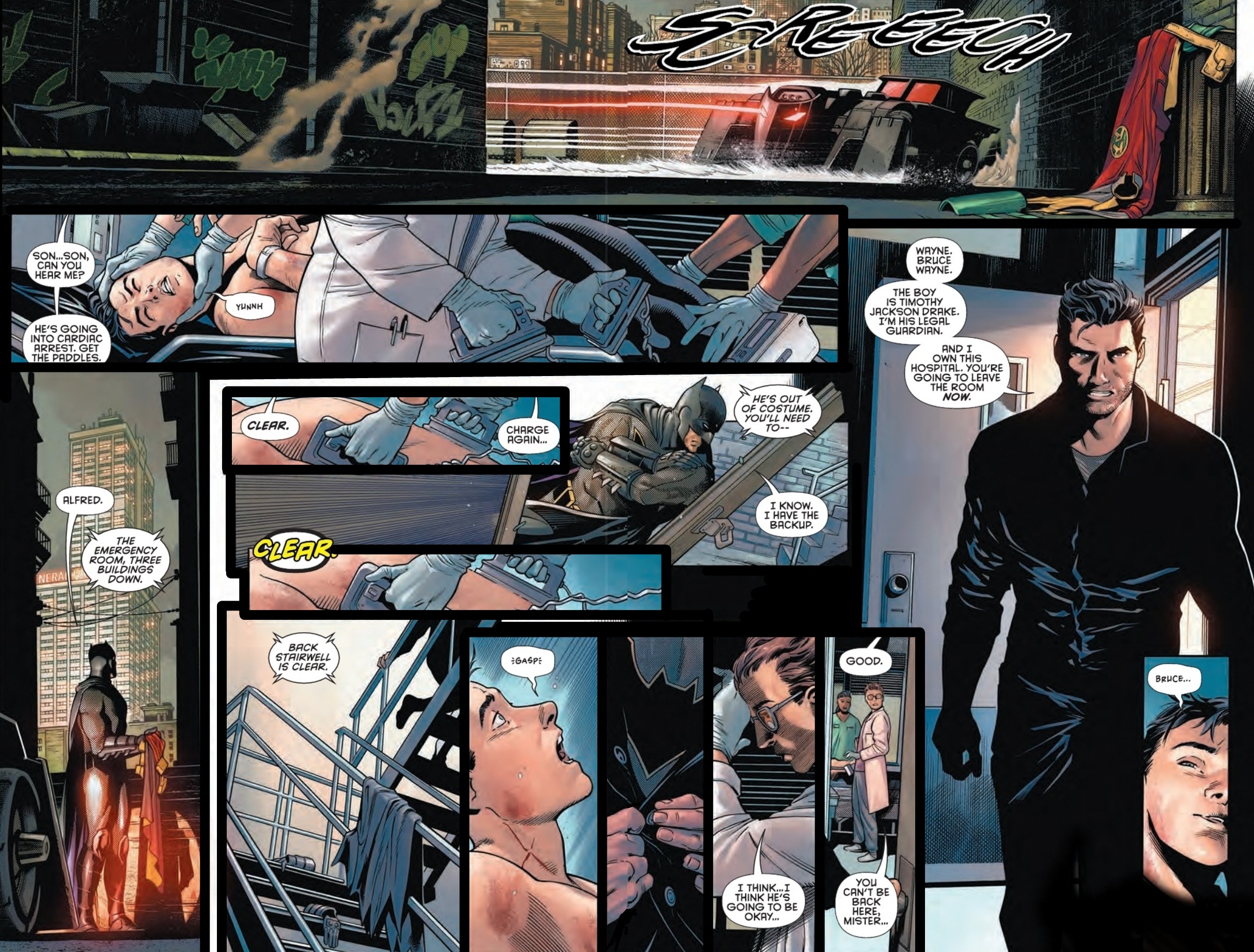 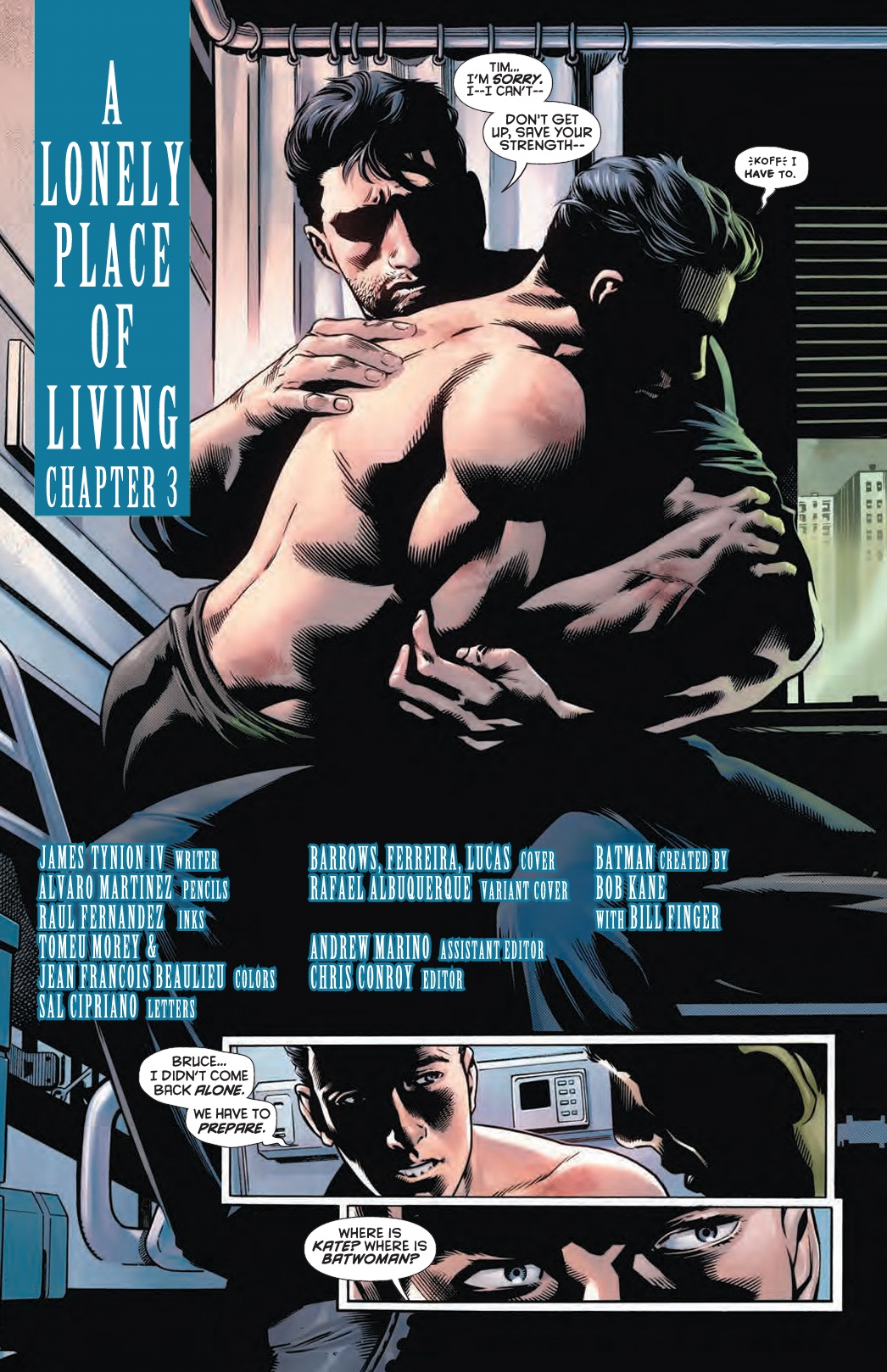 Red Robin is not the only sight for sore eyes in Detective Comics #967; this chapter sees the welcome return of art team supreme Álvaro Martínez and Raül Fernandez. Usually I’m a bit of a stickler for having one art team handle a whole storyline, but Eddy Barrows did such a killer job with the last two issues, that I’m more than happy.

Álvaro and Raül keep the quality sky high. Man… I’ve missed these guys! The emotion on Bruce’s face in the opening pages, the touching reunion with Tim, the amazing poster worthy splash of Spoiler on page 11. These dudes are awesome.

Regular Detective Comics colorist supreme Brad Anderson may be away rocking out on Metal, or killing time with a Doomsday Clock, but Tomeu Morey and Jean-François Beaulieu are kicking butt. From the demonic Batmobile headlights, to the terrific vistas of Gotham City, these two artists deliver outstanding work. Great job.

Any regular Dark Knight News reader knows that the writing team here are real Batman fans. I’ve always said that Bruce Wayne’s alter-ego is my all-time favorite comics character. He’s a real fighter, and a true hero. He’s not infallible, but he always finds a way. Over the years others have taken up the mantle of the Bat, with varying degrees of success. The fall and rise of Azrael, the triumphant Dick Grayson Batman, and Terry McGinnis – Batman Beyond – to name a few. None have filled me with as much dread as the Tim Drake Batman from the future. Red Robin has always been driven, and incredibly capable, but this guy’s scary!

This story has me totally hooked. Tim Drake is arguably the most noble, and least damaged of all the Robins we’ve known. The thought of him becoming the dark and tortured Batman we see in Detective Comics #967 fills me with dread. Even if our heroes win and save the day, how will this affect Red Robin going forward? Will the future change for the better, or is this the ultimate self-fulfilling prophecy? The cliffhanger ending this issue is just evil! Brother, I just don’t know how I’m going to handle the two week wait for the next instalment! With writing this good and art this terrific, I’m not going anywhere!