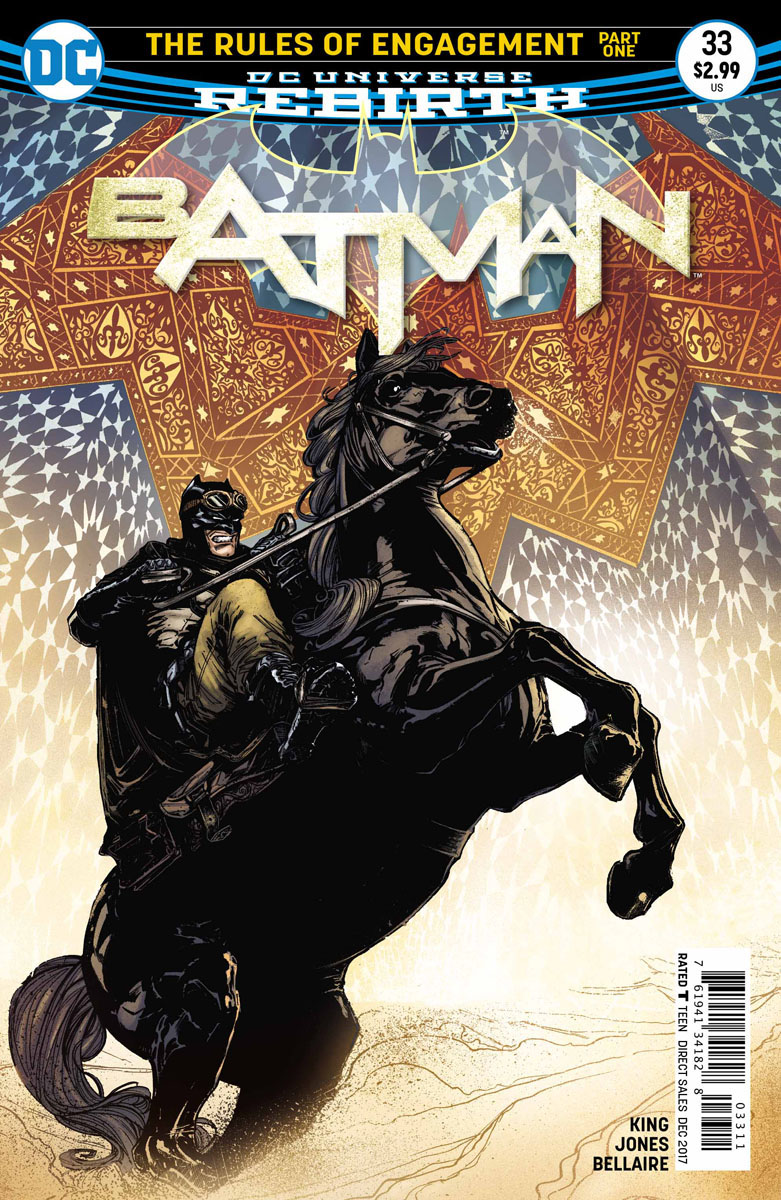 Newsarama released a new preview of Batman #33. In addition to the wordless preview that was released last month, this one sheds more insight on the plot of the comic. Apparently, since proposing to Catwoman, Batman took it upon himself to do a couples retreat with her in the middle of the desert. What kind of retreat is this, one may ask? Seemingly one that involves Catwoman mercy killing a horse and leaving it for dead. This may sound crazy, but we are talking about Batman and Catwoman here. They are not always rational. Like, why do they insist on wearing their leather masks in the desert heat? Are they protecting their secret identities from rocks?

BATMAN #33
Written by TOM KING
Art and cover by JOELLE JONES
Variant cover by OLIVIER COIPEL
Retailers: This issue will ship with two covers. Please see the order form for details.
“A DREAM OF ME” part 1! Following his marriage proposal to Catwoman, Batman leaves Gotham City on a quest of renewal and redemption. As he travels and fights, he encounters members of his family—each disturbed by Batman’s journey, each ready to stand in his way, each ready to push back against Batman’s stubborn determination to evolve into something better than a superhero.
On sale OCTOBER 18 • 32 pg, FC, $2.99 US • RATED T 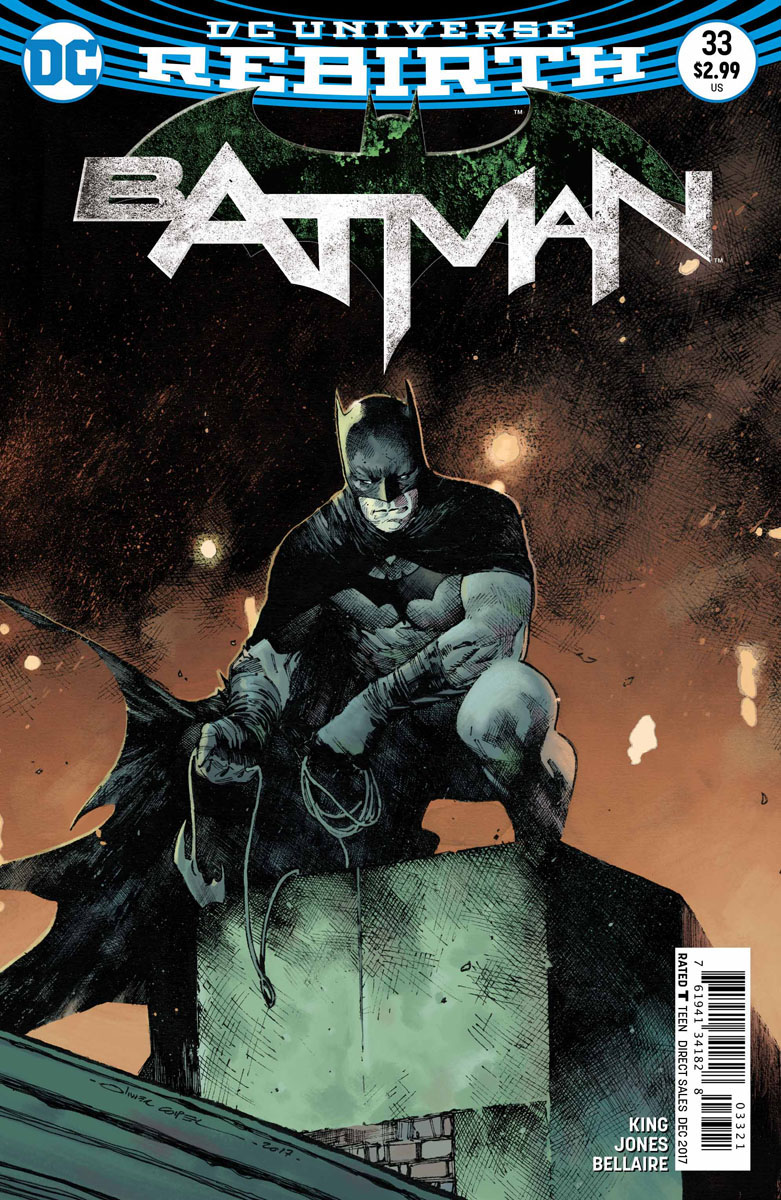 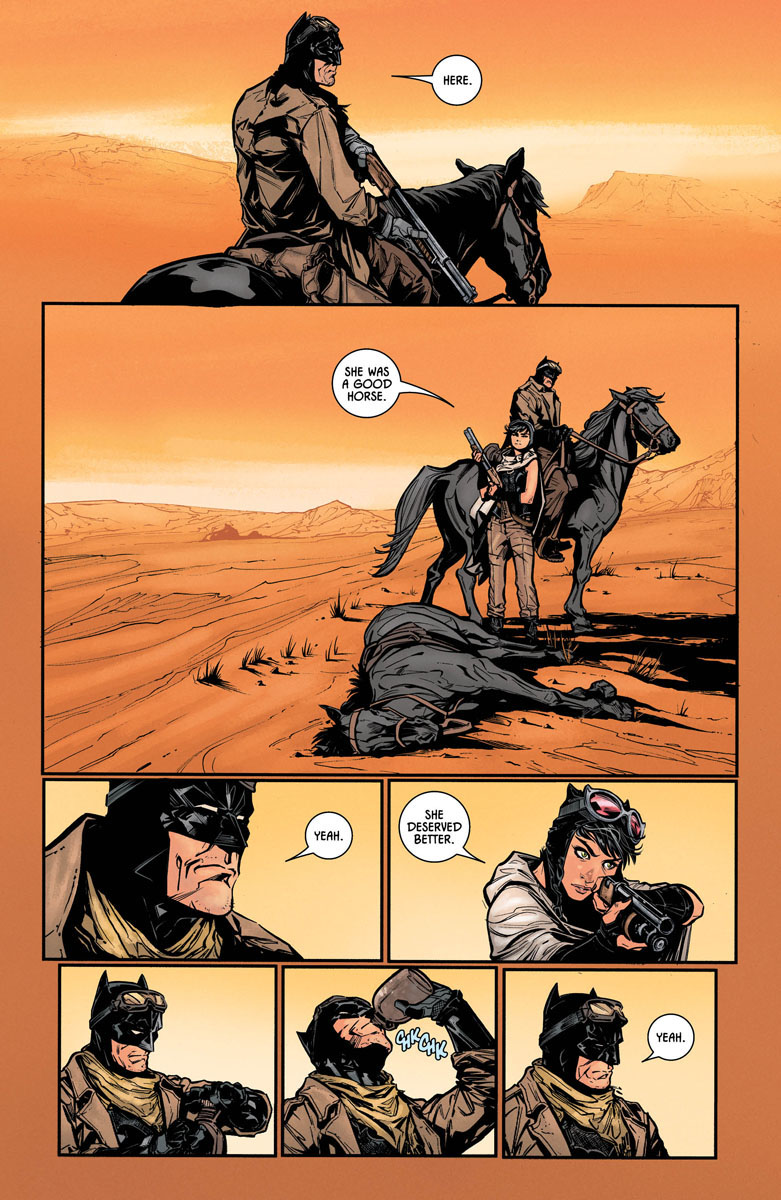 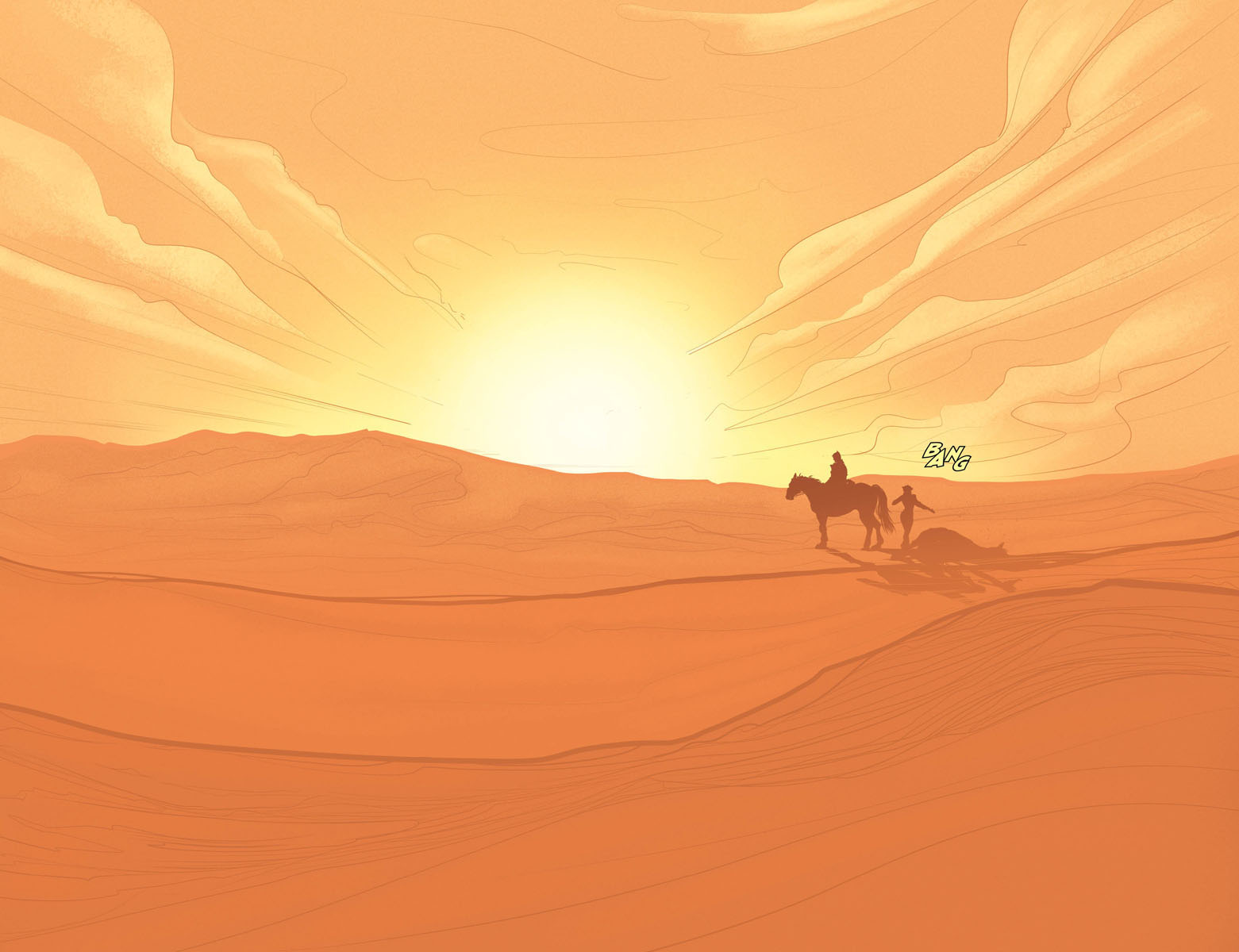 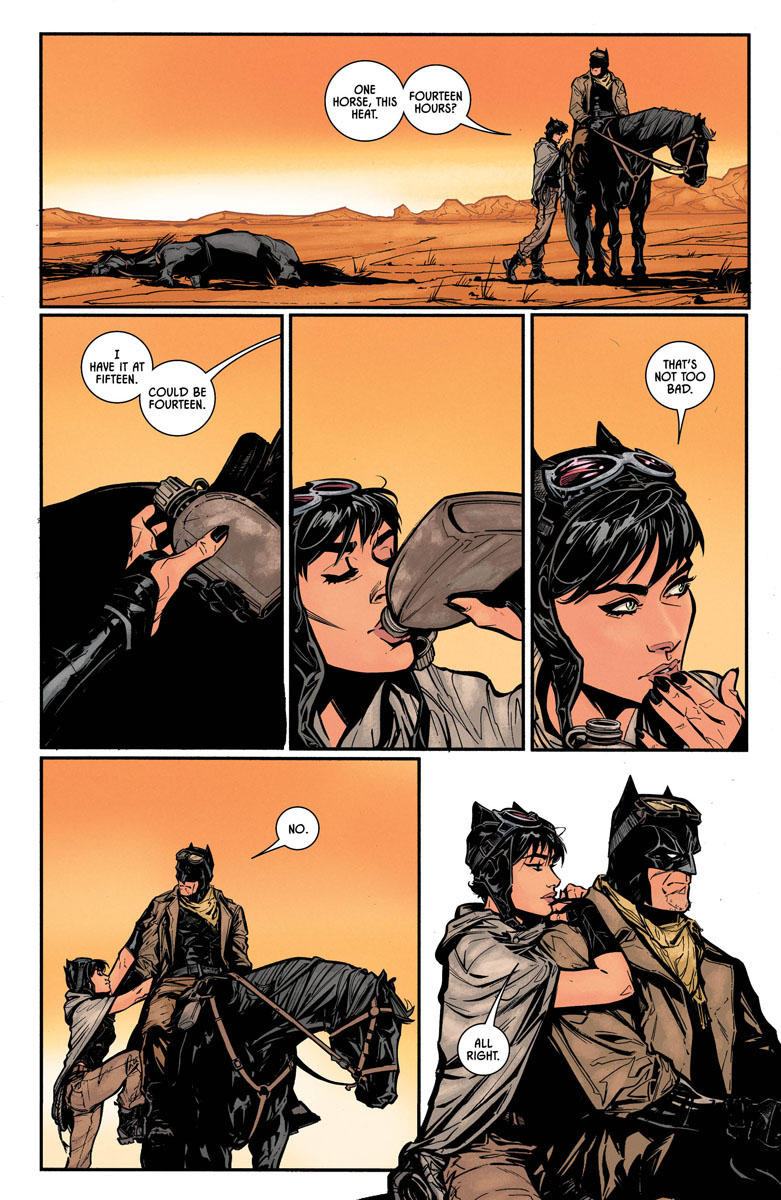 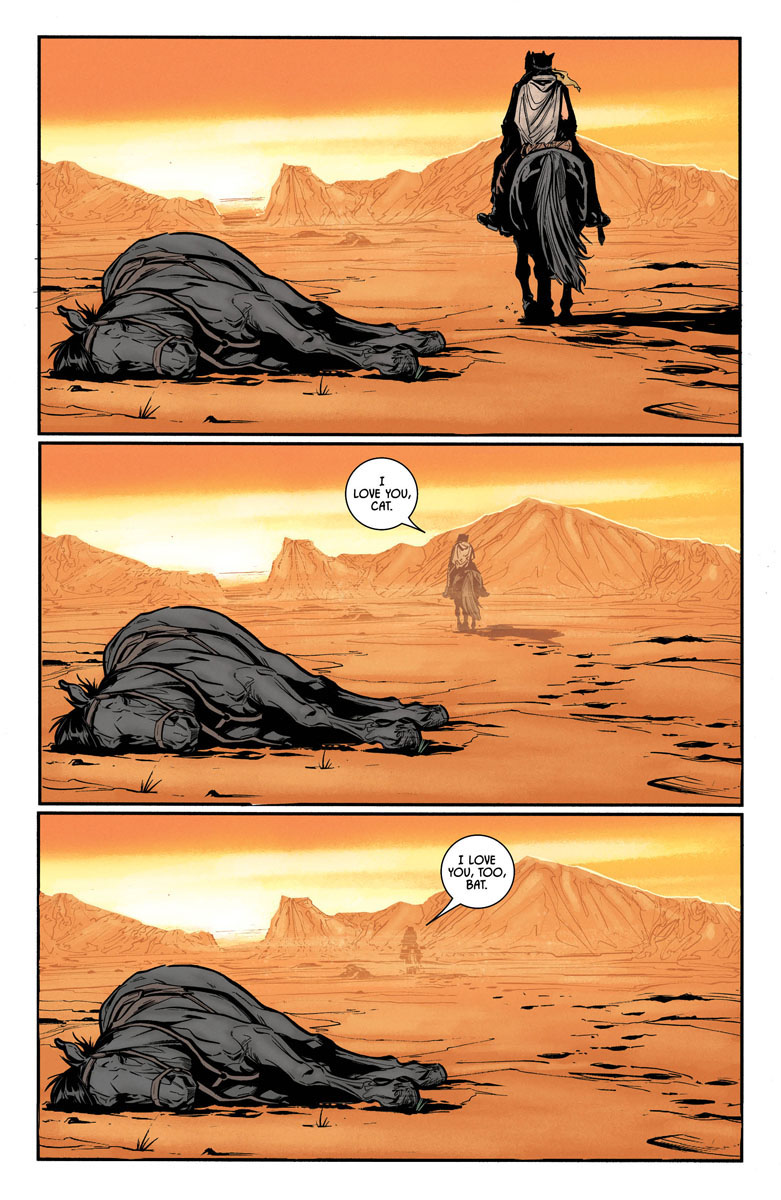