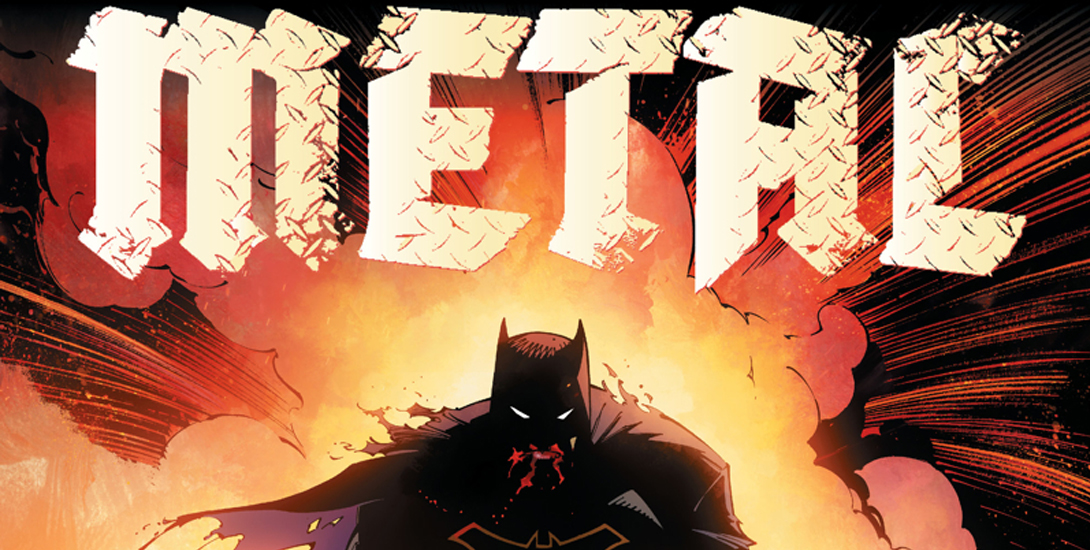 Some exciting news for music and comic book fans—DC Comics and Warner Bros. Records will be releasing a soundtrack for the Dark Knights: Metal. The album will consist of six-tracks that are inspired by the epic comic book event. So far, Metal has been a great event and introducing a soundtrack for a second reading is an exciting bonus. Tyler Bates, one of the producers on the album, is no stranger to the comic book genre; having produced and composed music for Watchmen and Guardians of the Galaxy.

No word on what songs will appear on the album or when it will be released, but issues #1 and #2 of the Metal even are now available and issue #3 will be available October 11th.

For press release below.

DC AND WARNER BROS. RECORDS TO COLLABORATE ON SOUNDTRACK FOR ‘DARK NIGHTS: METAL’

“As both a musician and fan of heavy metal music, having a soundtrack for DARK NIGHTS: METAL is pretty awesome,” said Capullo. “I really like the concept of having hard-driving, heavy music as a complement to the incredible story that Scott and I are telling.”

Production of the soundtrack will be guided by two of the recording industry’s brightest stars. Tyler Bates has produced and composed music for video games, television and movies, including Watchmen, 300 and Guardians of the Galaxy. Bates is also the lead guitarist for the rock band Marilyn Manson.

SVP of A&R at Warner Bros. Records Mike Elizondo will also co-produce the soundtrack with Bates. Elizondo has worked with some of the most prolific artists in hip-hop, most notably Dr. Dre and Eminem. He has also collaborated with popular music acts such as Twenty One Pilots, Muse, Mastodon and Avenged Sevenfold.

“Working together with our partners at DC on a project of this magnitude represents a huge step forward in how music can be used to enhance great storytelling and provide an even more immersive experience for comic book fans,” said Xavier Ramos, SVP of Marketing, Warner Bros. Records.

“I’m really honored by this,” said writer Scott Snyder. “So many of the Batman stories that Greg and I have worked on together have been fueled or influenced by music that inspired us; this story in particular has rock and metal music as the engine driving it all. To have something like this come together is a huge thrill.”

Issues #1 and #2 of DARK NIGHTS: METAL are available now at your local comics retailer and digital comics service, with issue #3 on sale October 11. For the latest information on DC, visit www.DCComics.com or download the DC All Access app, available for both Apple and Android devices.