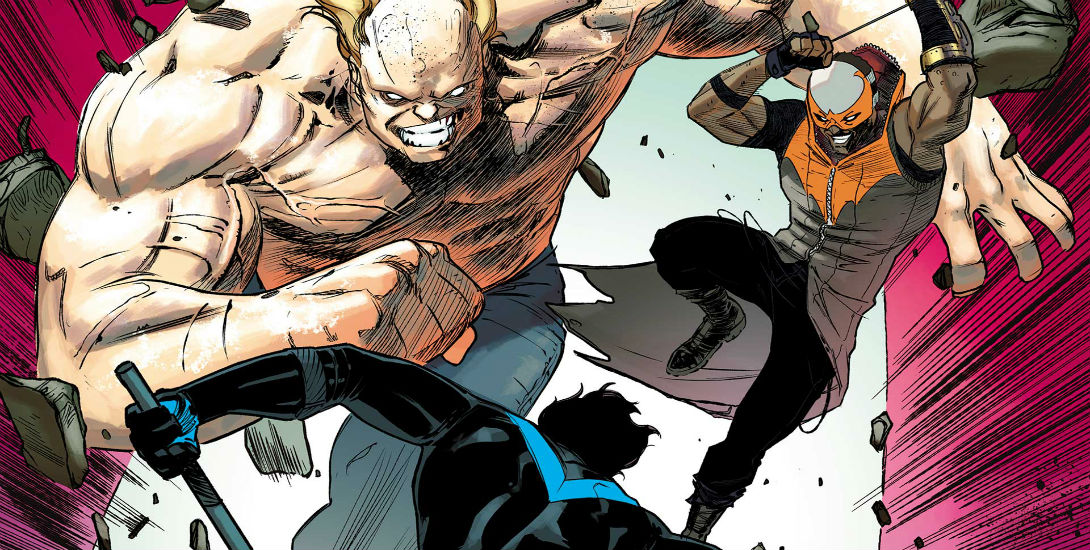 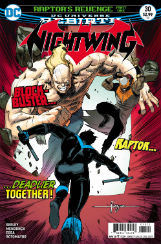 Nightwing #30 has finally been released and boy, have I been aching to read it. Mainly because I found the previous arc’s finale to be a bit of a letdown. It was by no means bad, but I felt if you’re a Nightwing newcomer, like myself, you’d be quite confused with the ending. I had to resort to dwelling into online research in order to grasp the story and characters better.

Sadly, I still couldn’t understand the story any better in issue #30, even when entering a new arc. The new story arc features the titular hero continuing his fight against crime in the city of Bludhaven. Not much has changed in our hero’s life, other than the fact he has now entered a relationship with Huntress! Yes, the Helena Bertinelli Huntress.

After apprehending a gang of humanoid fish people at a fancy gala, Nightwing’s old mentor, Raptor, appears. Nightwing stops Raptor from attacking a Bludhaven politician. Raptor then proceeds to do the unthinkable, he then proceeds to pull an innocent waitress off a balcony. Fortunately, Nightwing saved the innocent civilian in time, but Raptor escaped in the process.

Nightwing sets out to apprehend Raptor before the elusive assassin harms anyone else. However, finding Raptor is a lot easier said than done. The dangerous assassin’s notorious repetition certainly precedes him.  Left with no other options and knowing full well how dangerous Raptor can be, Nightwing is forced to use his last resort: confronting the monstrous, super-villain Blockbuster with a proposition.

If Blockbuster helps Nightwing track down Raptor, then he will leave Bludhaven- forever. 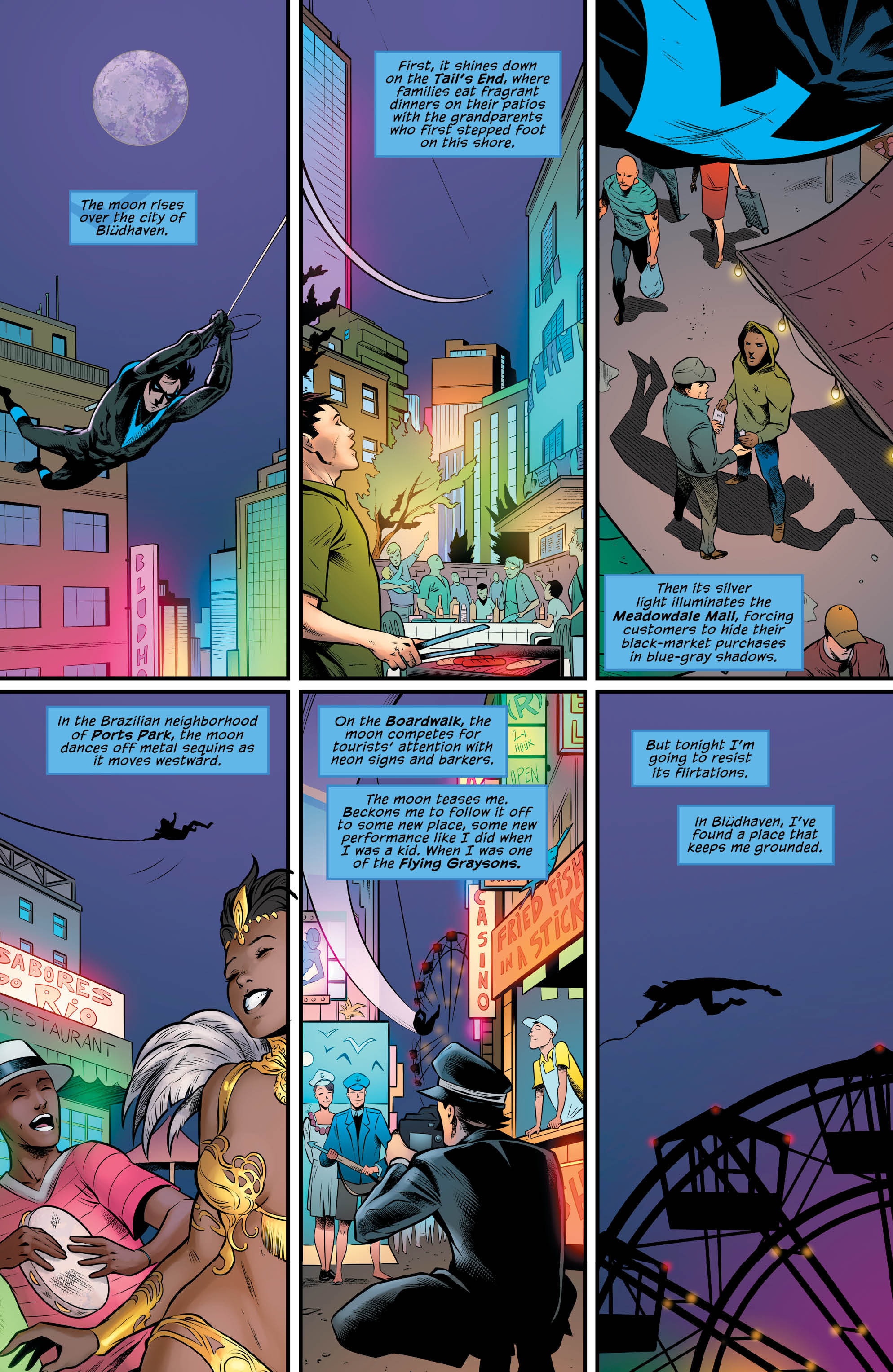 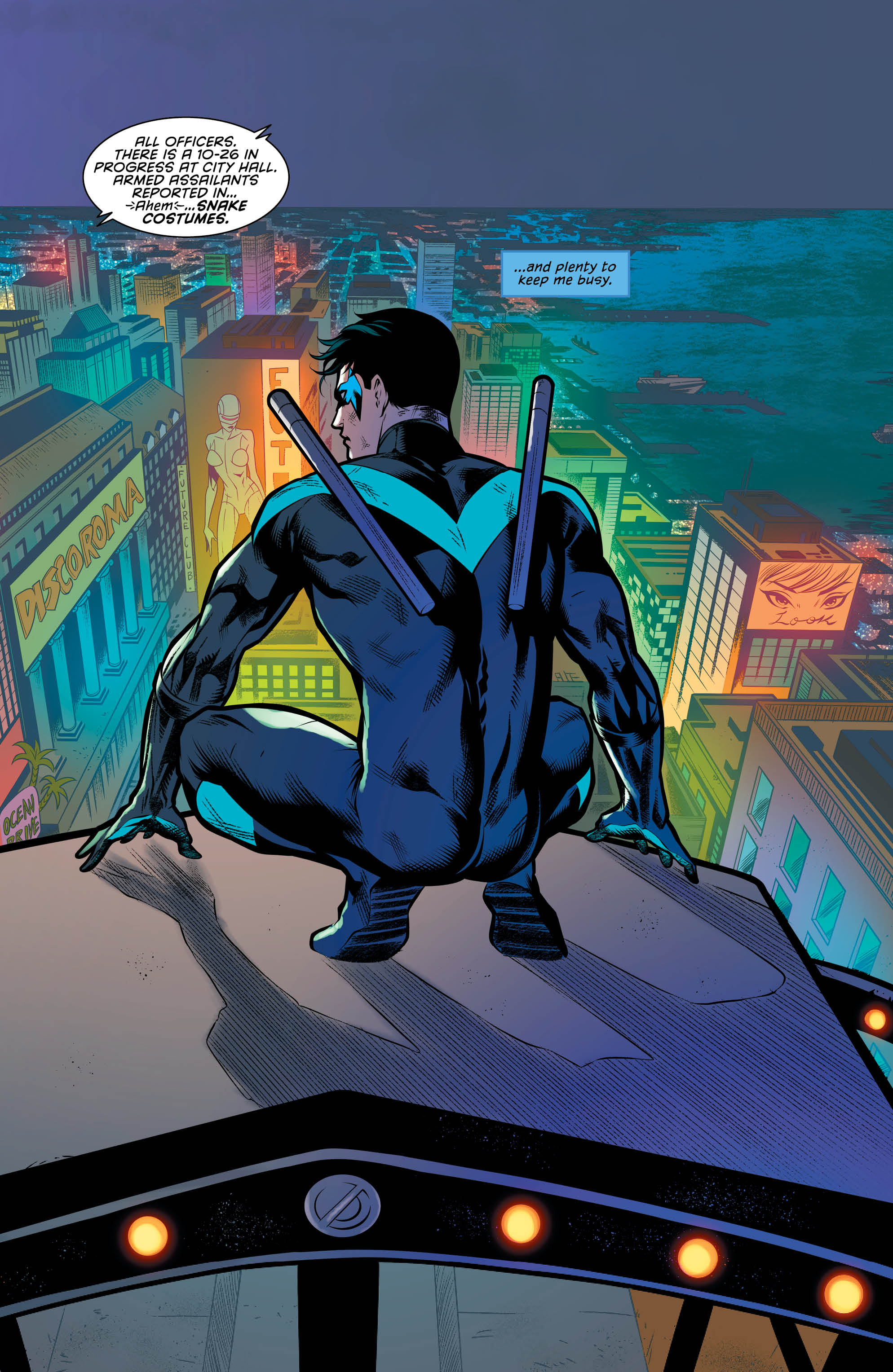 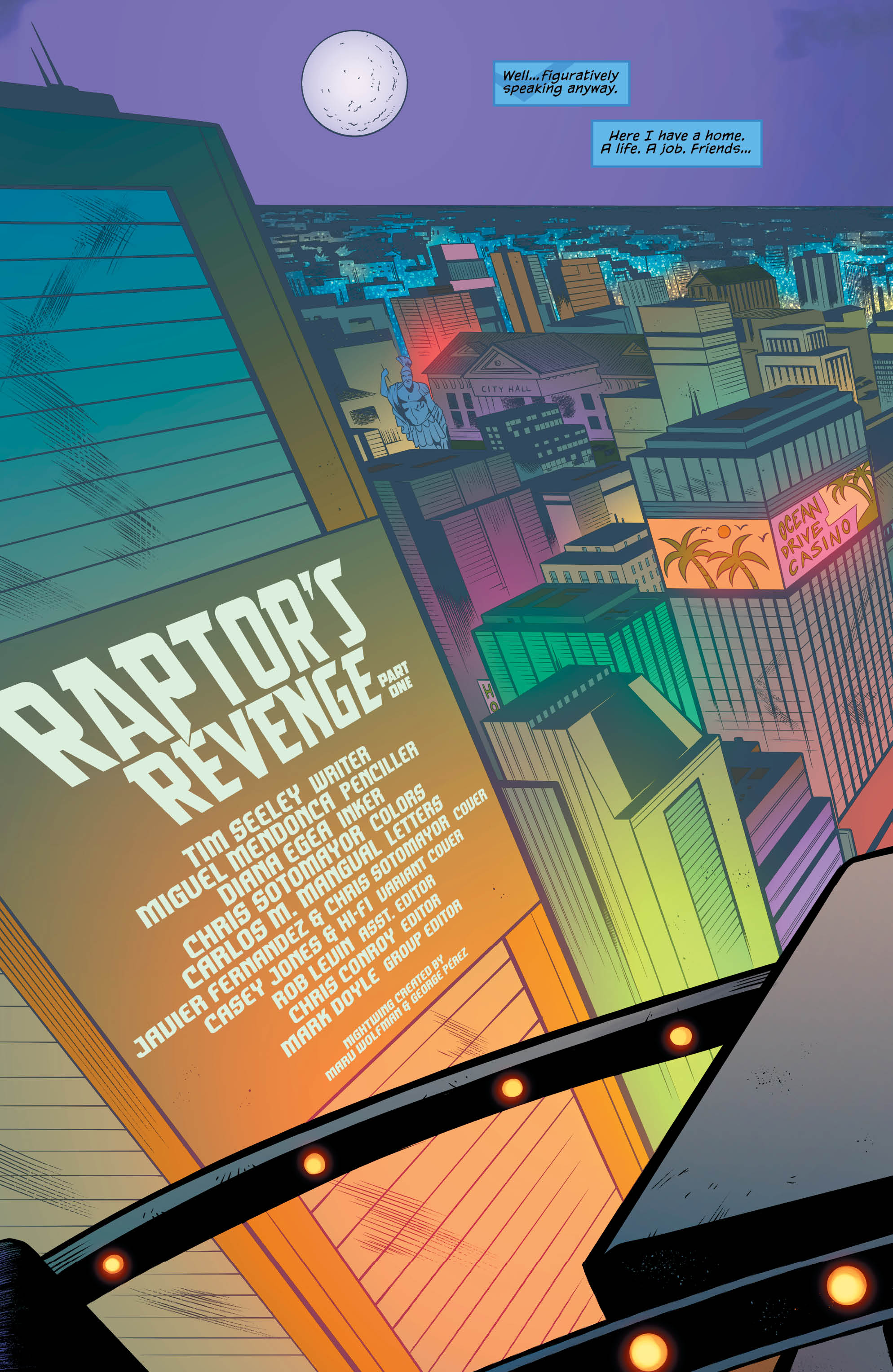 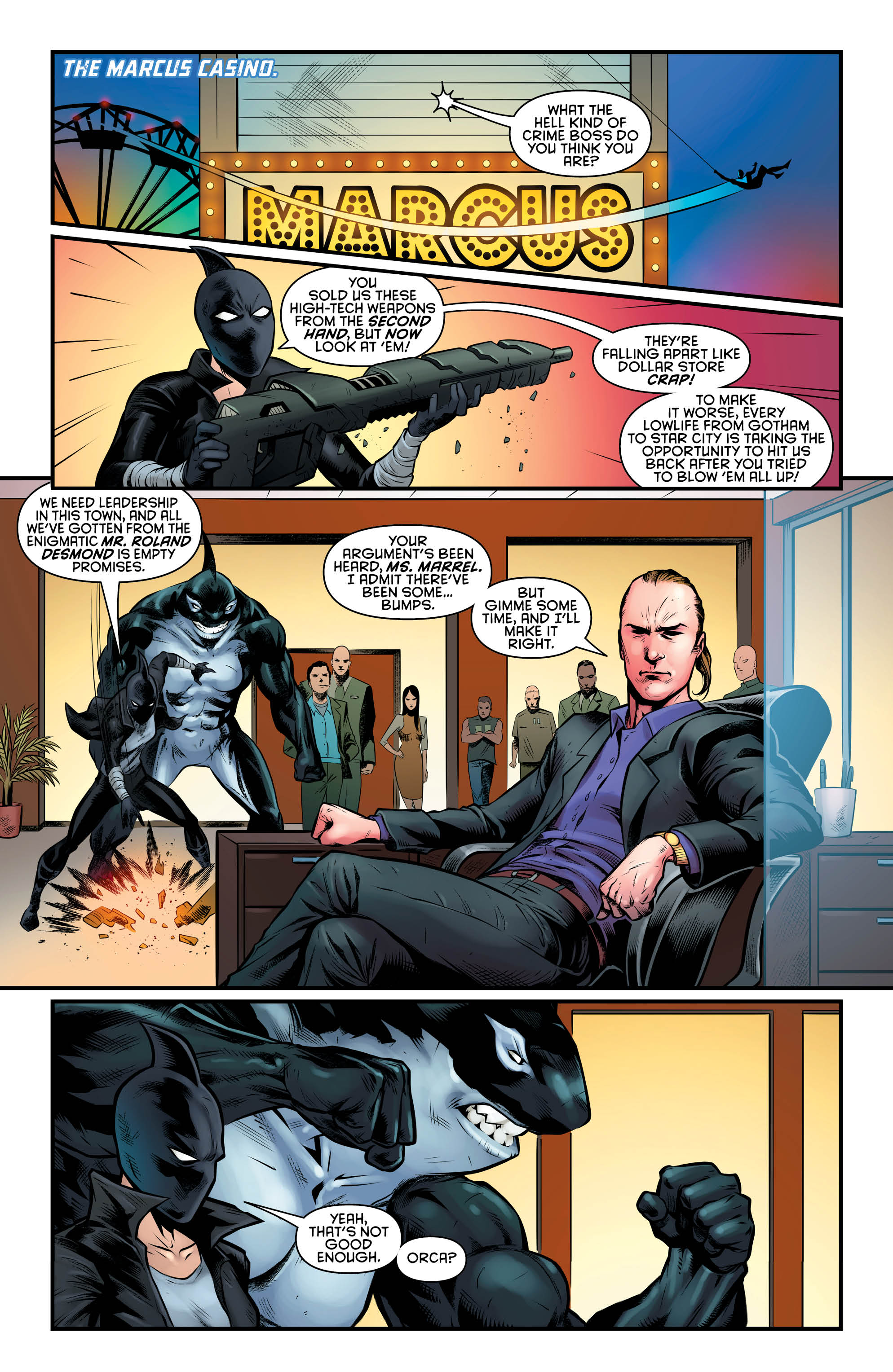 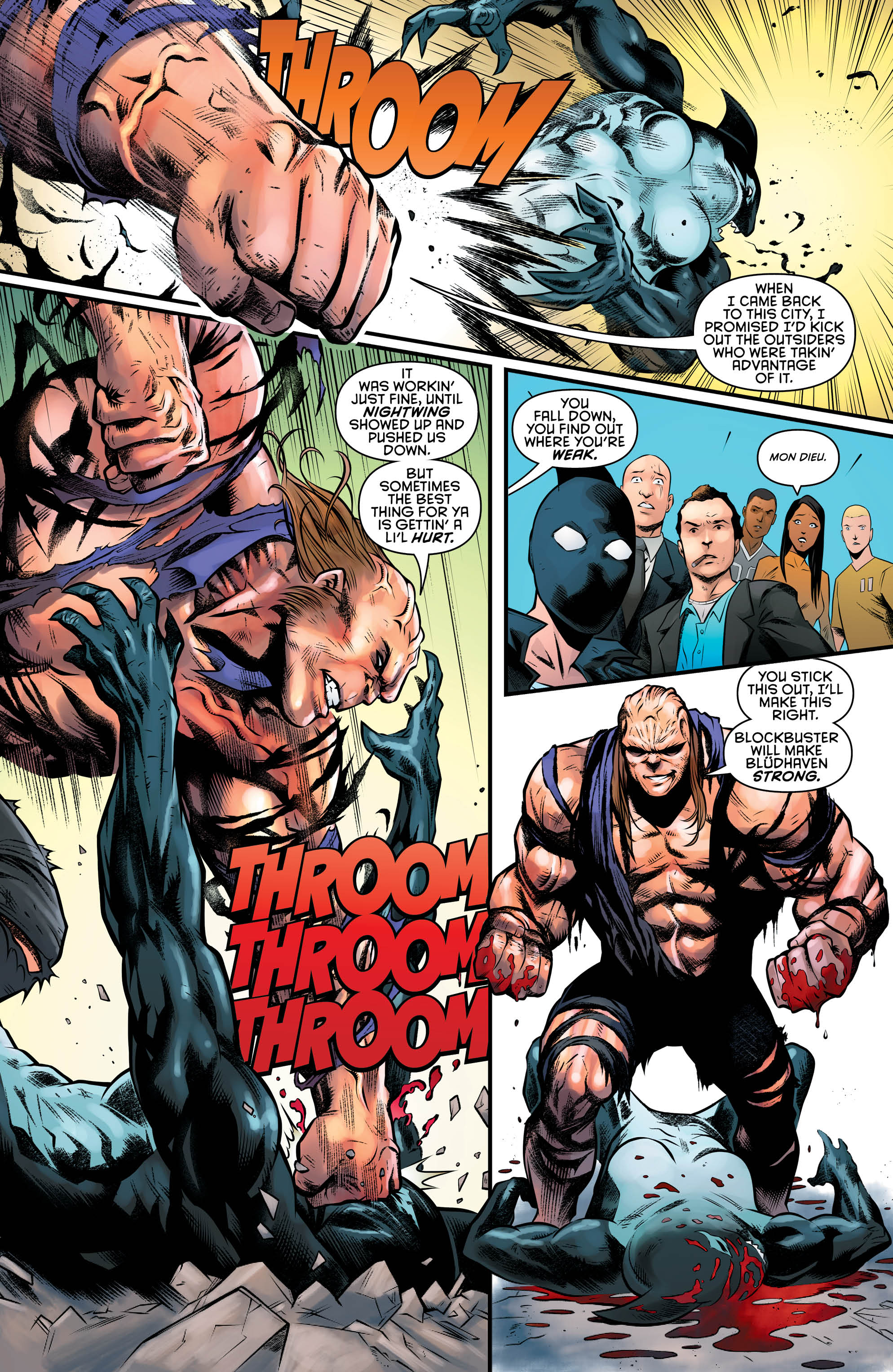 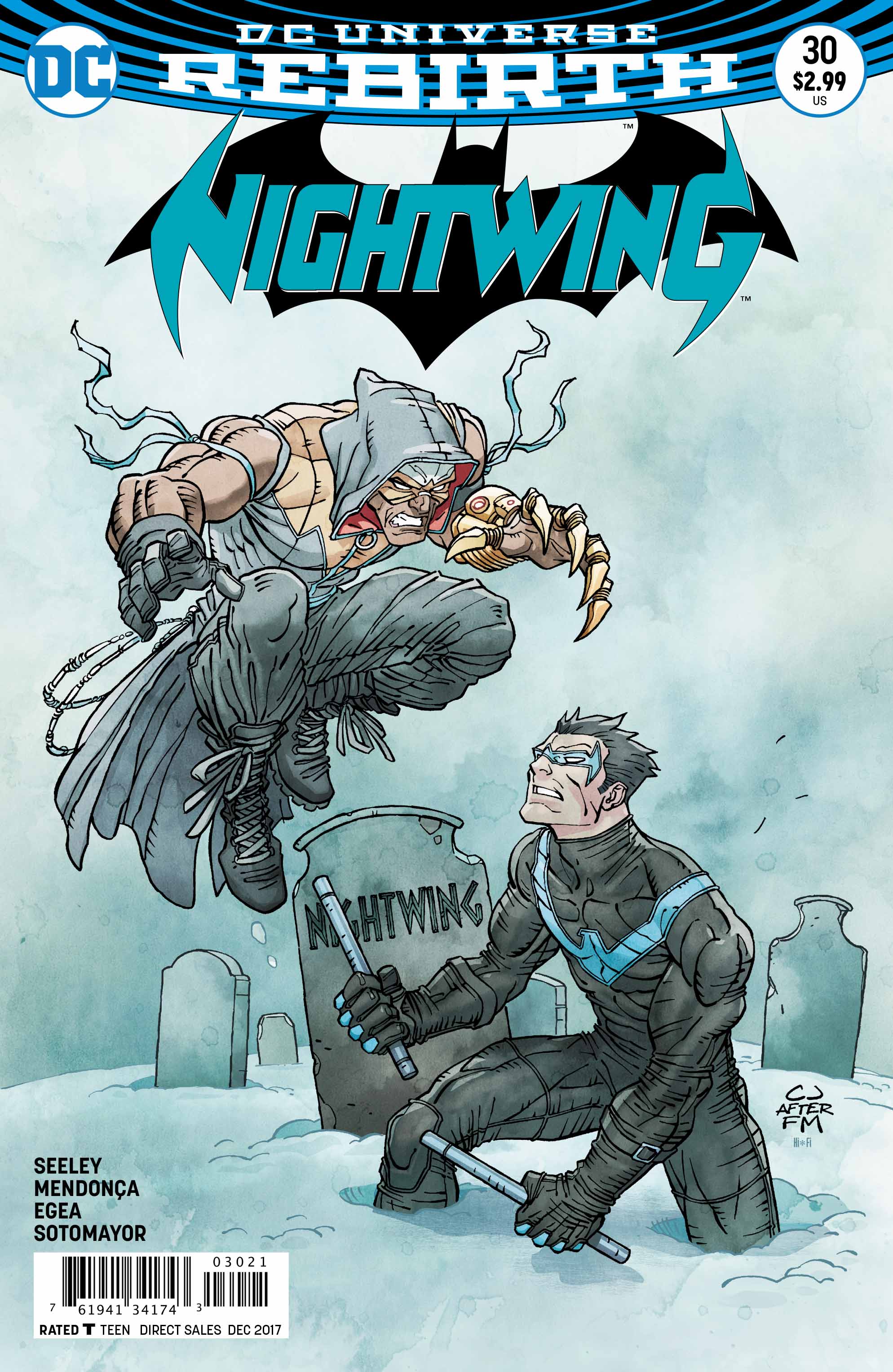 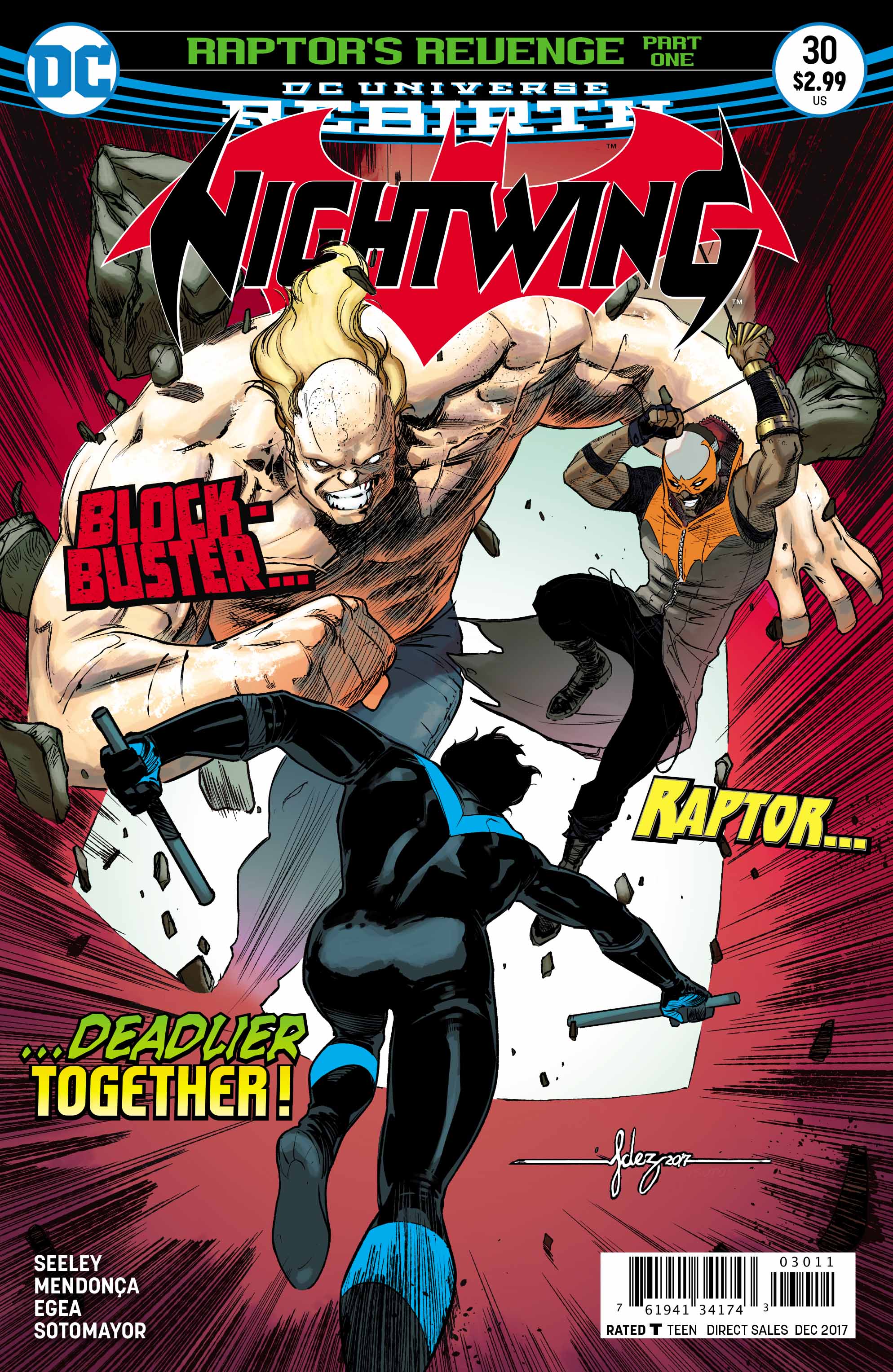 What really astounded me about this issue was the brilliant artwork by Miguel Mendonca, Diana Egea and Chris Sotomayor! I have to admit, this is the best artwork I’ve seen in the series yet! The whole artistic team have perfectly and faithfully realised Tim Seely’s vision of Nightwing. These brilliantly creative individuals deserve high praise for illustrating Nightwing’s signature acrobatic movements so flawlessly onto the page. Nightwing himself was probably the best drawn character in the entire comic.

While I did enjoy the brisk, yet balanced, pace of the story, I was still pretty vague on certain elements. Although Raptor was mentioned in the previous story arc, I had no idea who he was. The dialogue is certainly well written and I love that Time Seeley kept it to a minimum. The minimal dialogue allows more room for the stunning artwork.

Despite some vague narrative elements, I thoroughly enjoyed this issue. The amazing artwork, the well choreographed action sequences, the steady pacing and Seeley’s impeccable writing made this issue all the more enjoyable to read.