“Panic in the Microverse”, Part Three 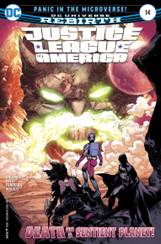 In the issue, The Justice League of America search for Ray Palmer as the microverse continues to rip itself apart. As Ray Choi seeking answers from the living planet Maz-Ga the JLA must survive an attack from the Null-Army and hope that the new Atom can convince Maz-Ga to help save the microverse.

This Justice League still feels like an odd fit. The story had a lot of action and moved the overall arc along but it felt like it didn’t really go anywhere until the last few pages and then rushed it’s way through.

I’ll be honest, I wouldn’t have a problem if Batman wasn’t a part of this League. I think he is the guy that is the odd fit.

The problem is that having Batman here is holding back the other characters. If Lobo went FULL Lobo Batman would have a problem with it. So Lobo is toned down. Killer Frost killed someone in this issue, flat out 100% killed the guy, she lost her temper and toasted someone. Yet Batman never pulls her up on it. Having Batman on this team means you either have to compromise him or the other characters.

The art of Ivan Reis continues to be first class. His ability to be able to give us contrasting panels that look rough during the battle scenes and clean during Ryan’s conversation with Maz-Ga are perfect for this book. This is a team of contrasts and Reis’s art compliments this team perfectly. There are times when the visuals pick up what is missing in the writing and that is one of the things makes a great comic book artist.. 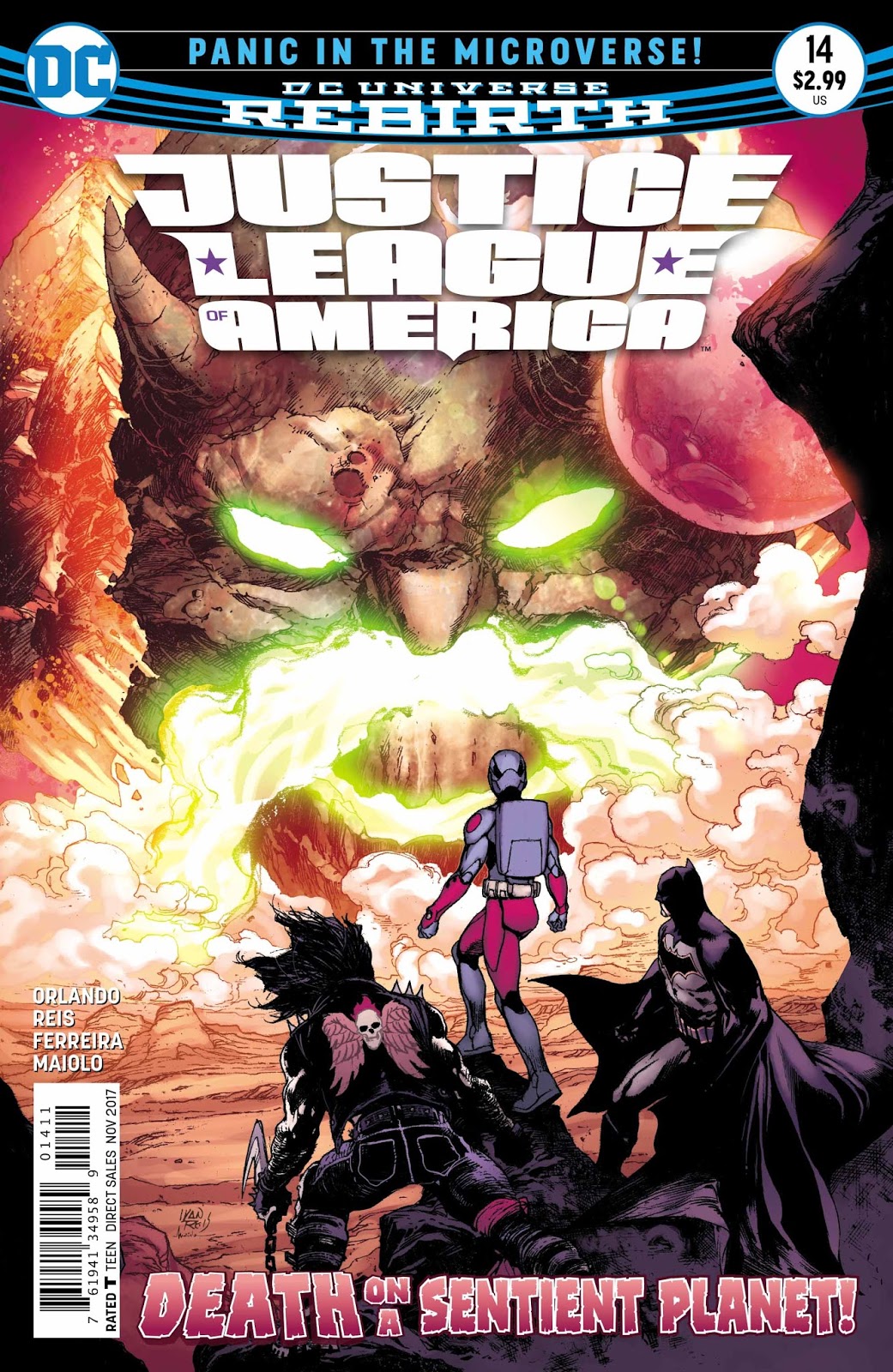 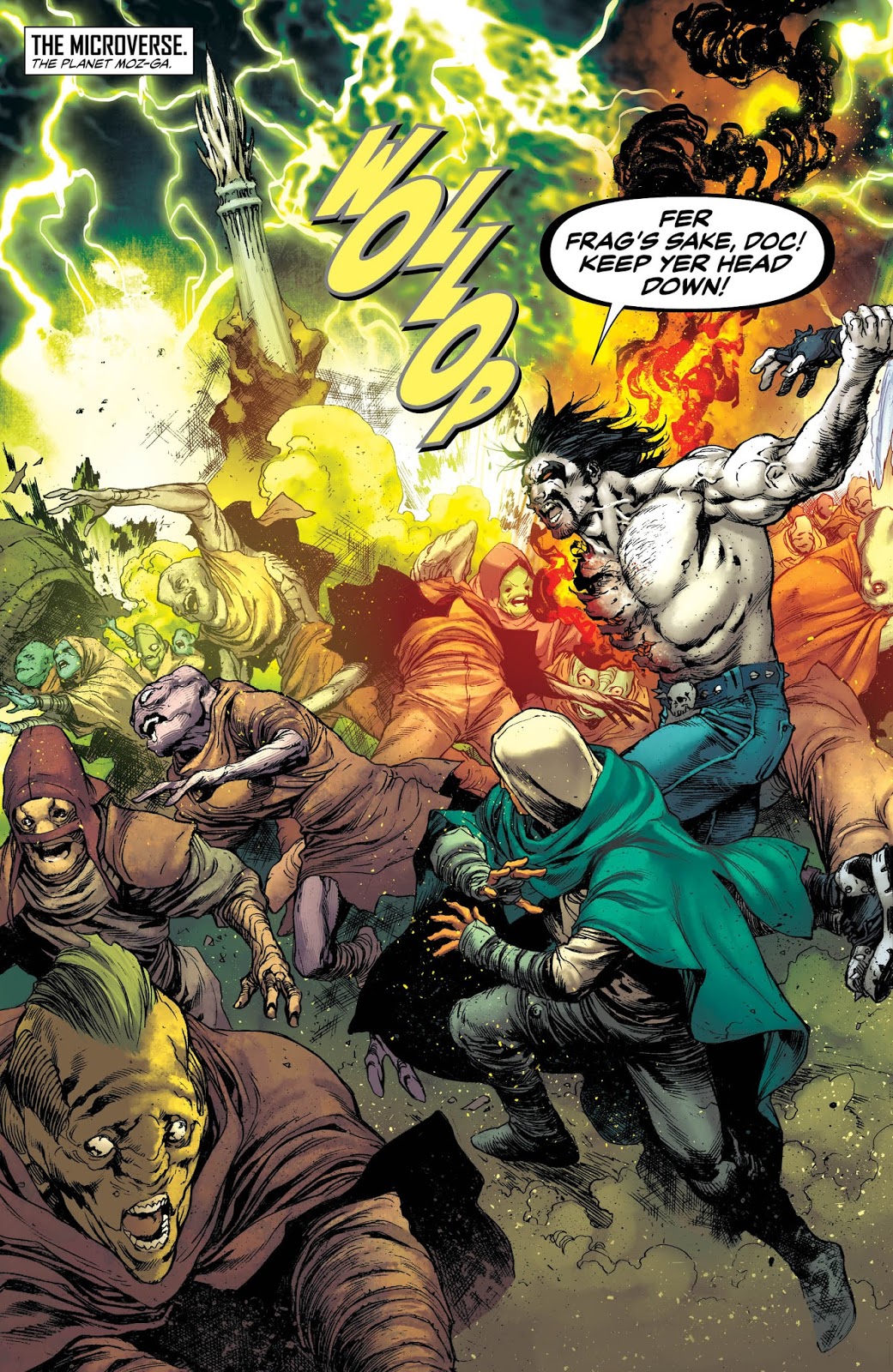 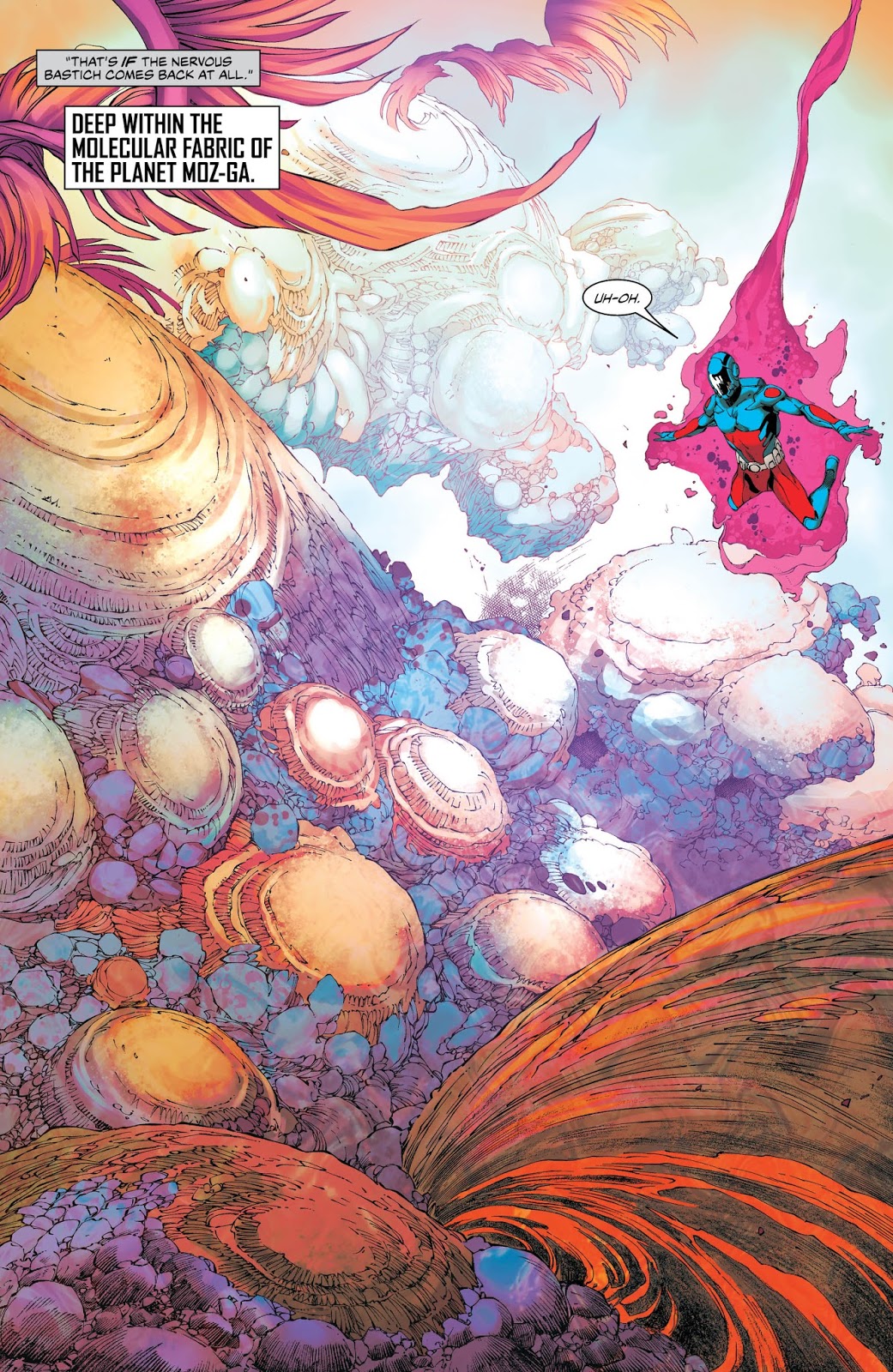 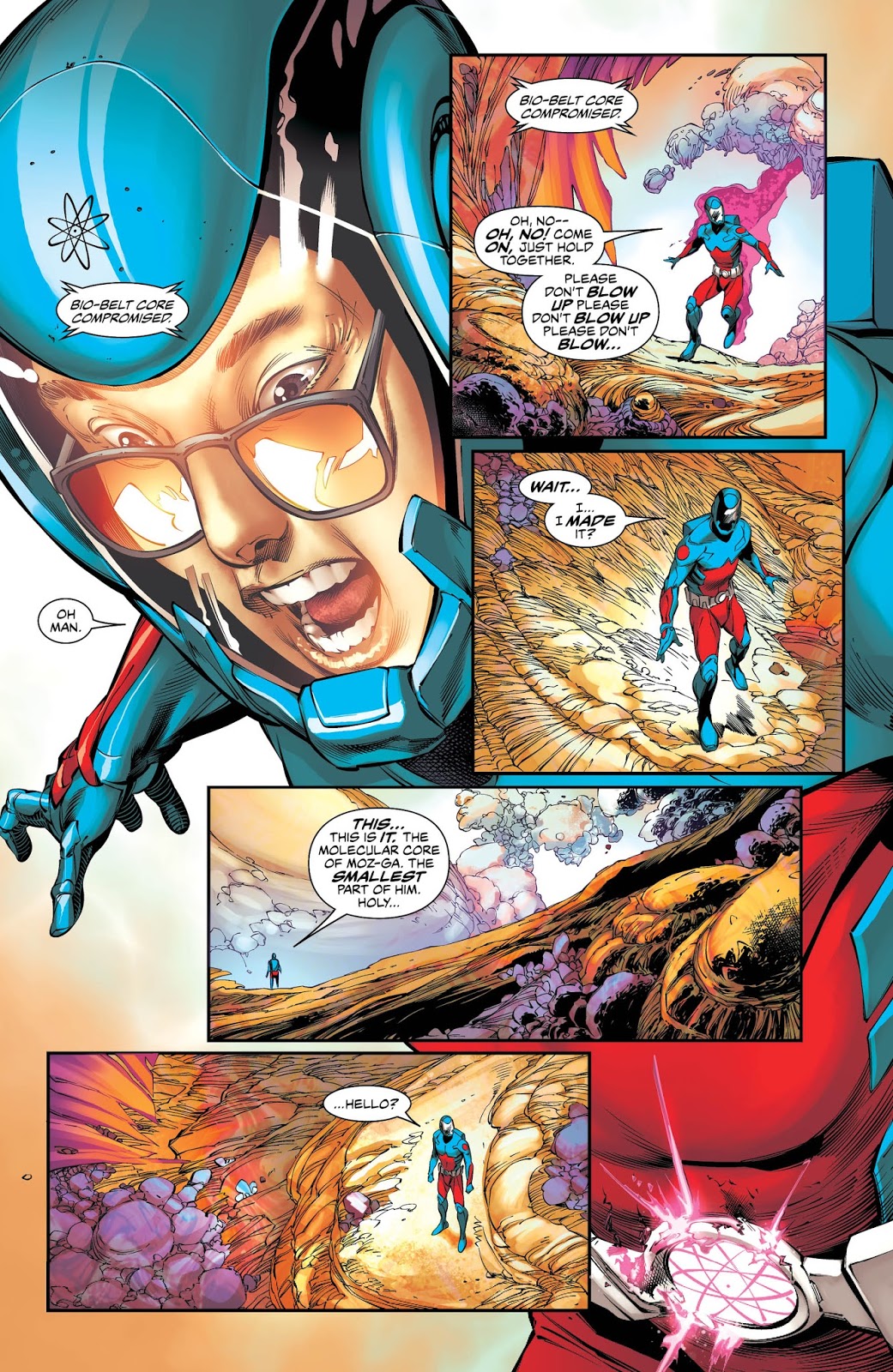 Steve Orlando’s writing however is just average. It is your standard superhero battle with a character calling for help from another source. This kind of Justice League story should a really cool cosmic and awesome feel to it, but it just doesn’t. We are in a micro universe but Orlando offers up no concepts we haven’t seen before in the regular one. Even the living planet has been done better.

The conversation between Ryan and Maz-Ga, the sentient planet is cool. The idea that Ryan was able to see something so differently to Ray was a nice little jolt for his character. It is nice to see that Ryan can solve a problem by just being himself and not The Atom but once Maz-Ga gave him the information he needed to find Ray it became very rushed again. They just hop in the bio-ship and away they go arriving at Ray’s location in a matter of pages.

Lobo does need to come up with a better nickname for Killer Frost then “Popsicle Hands’. I’m starting to cringe at that.

We do get a nice cliffhanger ending for this issue. It has been hinted at that Dr. Aut may not be quite what he seems and the final page confirms this with Ray claiming that by bringing him here Ryan has ‘doomed us all!”

I don’t think Orlando has found his groove with his Justice League team. This issue is an odd combination of slow and rushed. There are some fun moments. Ryan explaining the bio-ship given to him by Maz-Ga is essentially his liver or some other organ. Lobo continuing to use his own severed arm as a weapon and Maz-Ga’s reason for helping Ryan based on perspective are all cool.

This story has the potential to feel like an old school JLA story, the fantastical elements, the search for a missing team member and the high stakes of saving a universe. I just hope that we get that because right now it’s feeling like “Crisis in the Microverse” could just end up being forgettable.