DC Comics released it’s first look at The Batman Who Laughs. Already, Bruce Wayne’s smile under the mask is unnatural. We’ve gotten some fun kicks out of this trope. 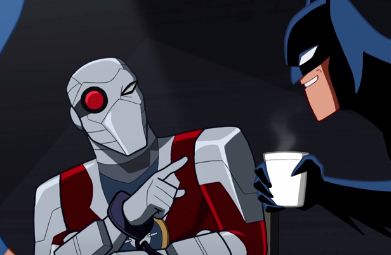 Horror renditions are downright terrifying, and The Batman Who Laughs tops so many, he looks as if he’s a monster out of Silent Hill. What makes these designs pop is the appearance of torment, alluding to the Dark Knight being a tortured quasi-demon the Batman is rumored to be.

In June, DC introduced us to the 7 dark dimensions of our caped crusader who, by some means, are versions who carry the powers from either the Justice League or the villains of the Leaguers. All 7 versions have been released, excluding Batman’s fusion with the Joker. And the result is grotesque, I love it! It resonates macabre and horror, with Batman carrying the most chilling, haunting smile imaginable. As if he’s a devil who is happy to pass torturous judgment.

To add to this nightmare, The Batman Who Laughs has disfigured Robins chained to him by the collar. Each Robin has the same smile. We are speculating they are versions of Dick, Jason, and Tim and a Metal-Tie in hints there is the fourth Robin, so we may be seeing Damian as well. Images were revealed in Teen Titans #12. 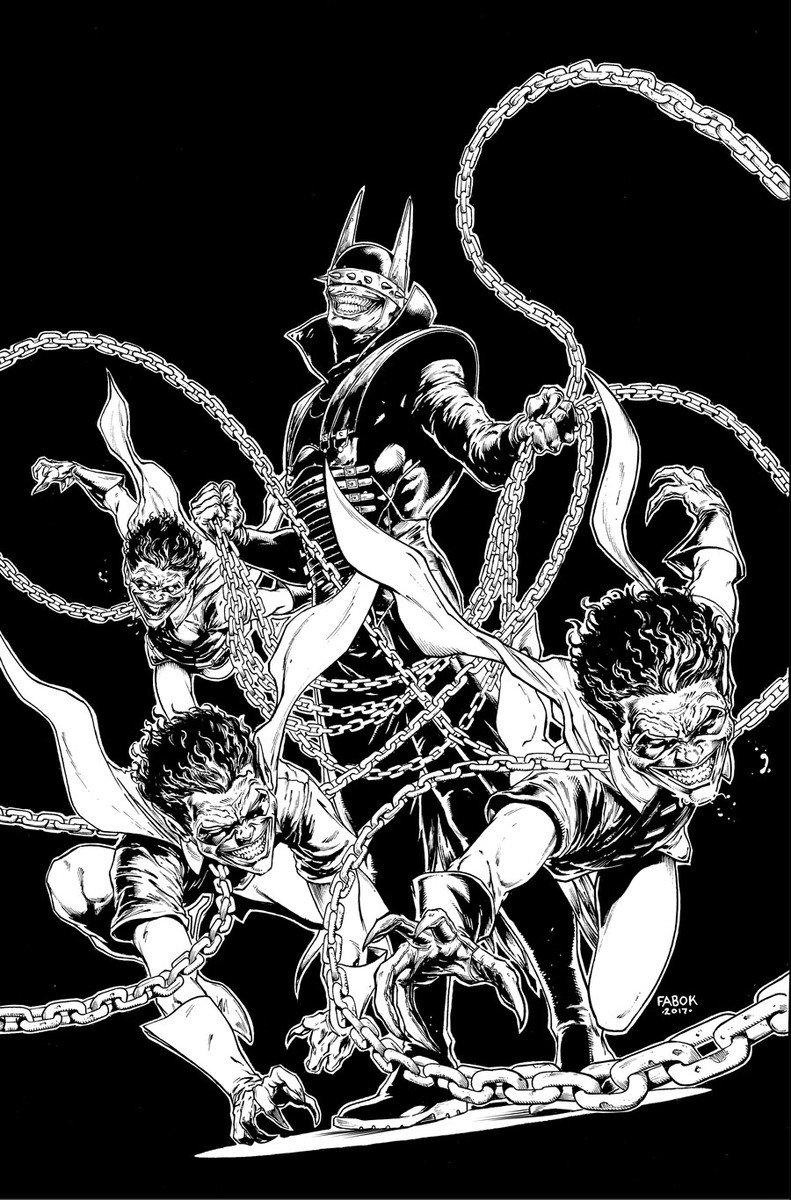 No Batman is complete without sidekicks–not even #DCMetal‘s Batman Who Laughs! Get a first look at the evil Robins! https://t.co/XRJXGhyYCq pic.twitter.com/Gd9qOekgOn