“The War of Jokes and Riddles” Part 3 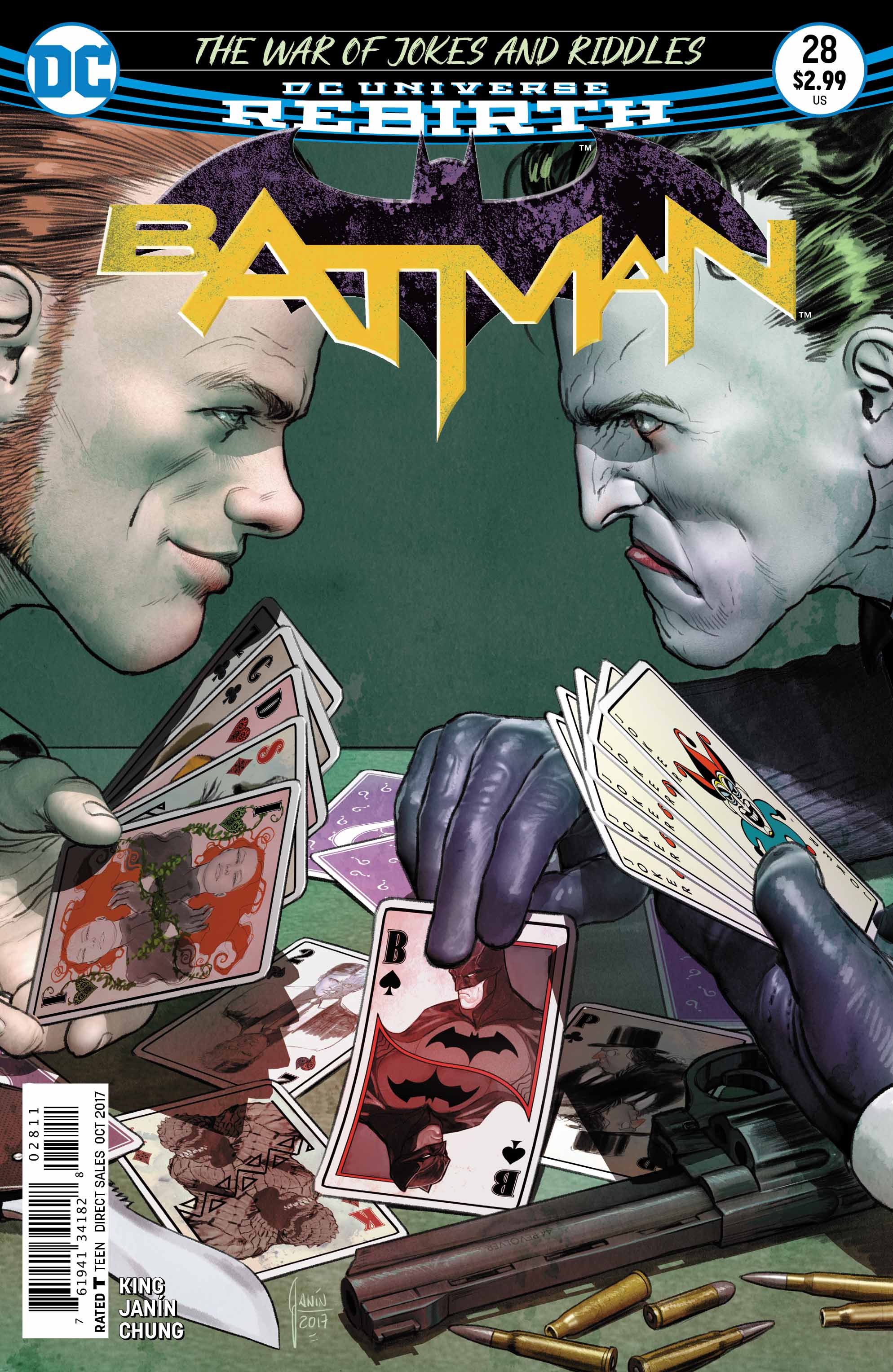 The next chapter of “The War of Jokes and Riddles” continues as the Joker and Riddler’s factions wreck havoc across Gotham City, while Batman is left to pick up the pieces.

Writer Tom King subverts readers expectations with his mega-storyline. The premise of “War of Jokes and Riddles” is ripe with over-the-top action. While we get action, it is not presented in a way that readers expect. The issue is focused specifically on Deathstroke and Deadshot battling it out with civilians caught in their crossfire. King weaves a tale of the real-life repercussions of super-powered quarrels. Each time a person dies, Batman takes it personally. He feels each death as if it is his first. “War of Jokes and Riddles” is about how horrifyingly easy innocent people can perish because of the villains’ machinations.

Mikel Janin does some real beautiful work to support King’s themes. While his art is always superb, what this issue strongly highlighted is Janin’s storytelling abilities. The way he heightened the parallels between the Riddler and Joker’s armies in the beginning is consummate storytelling at its best. Janin is a knockout artist who can elevate any material. 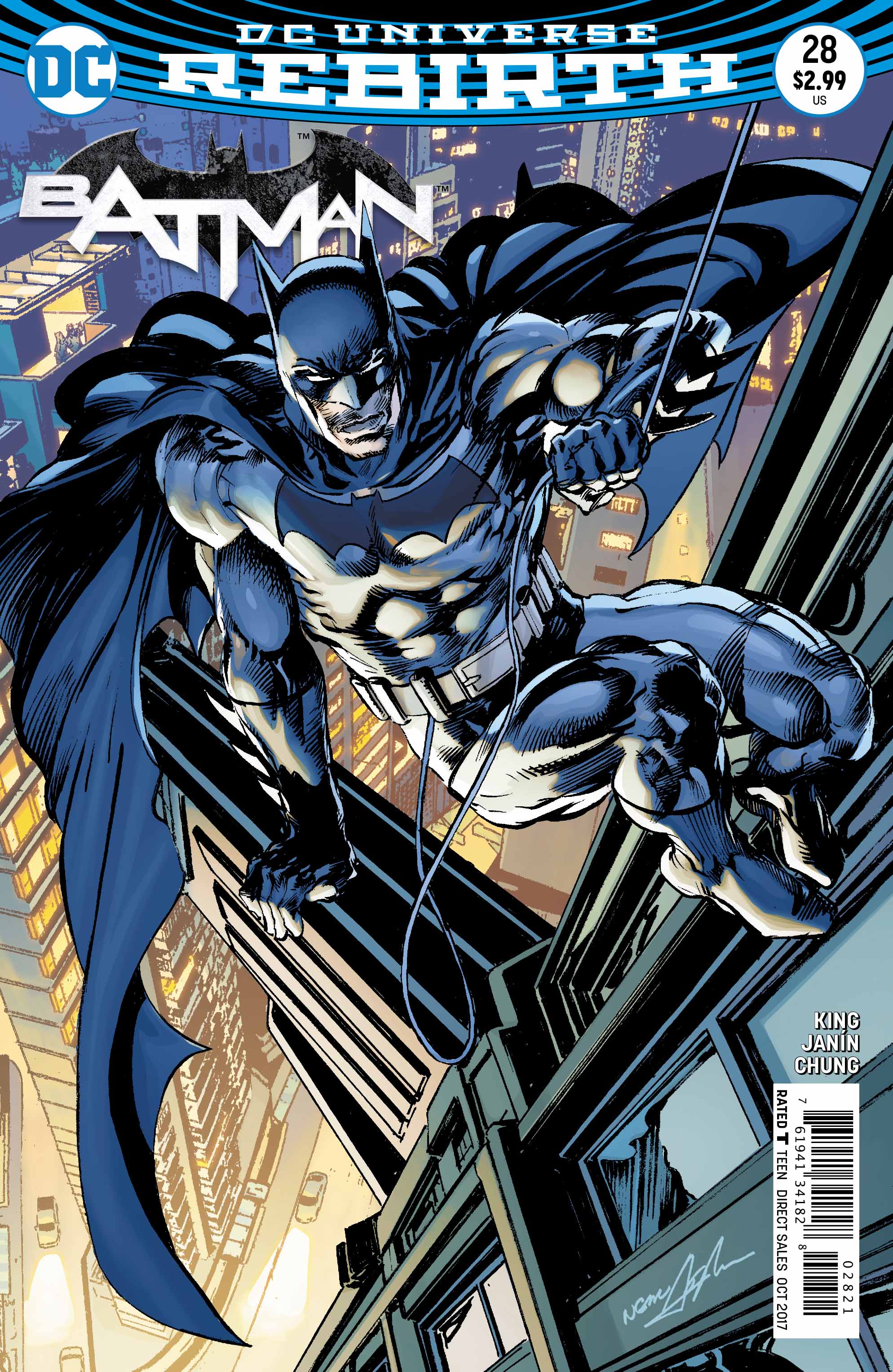 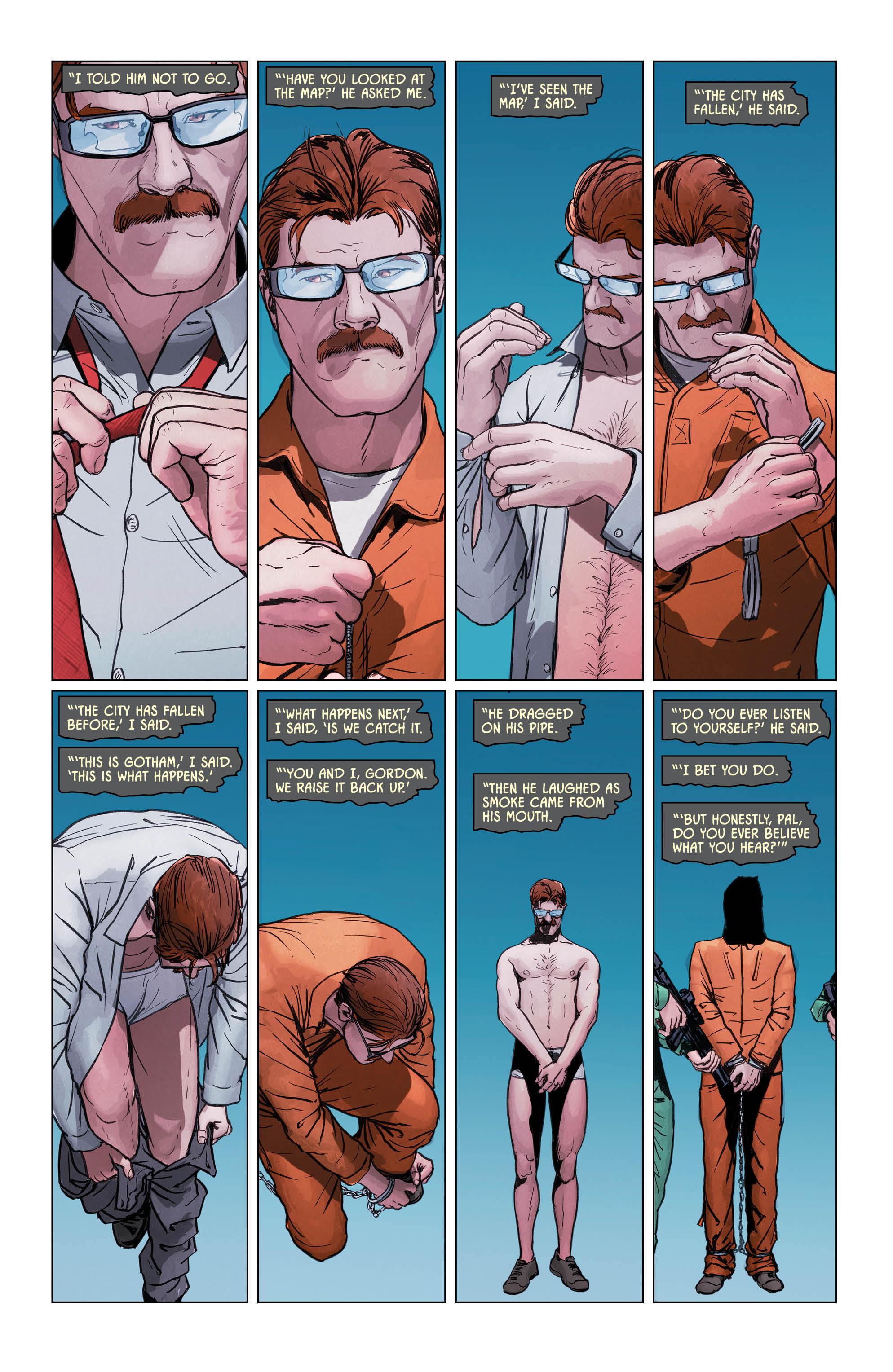 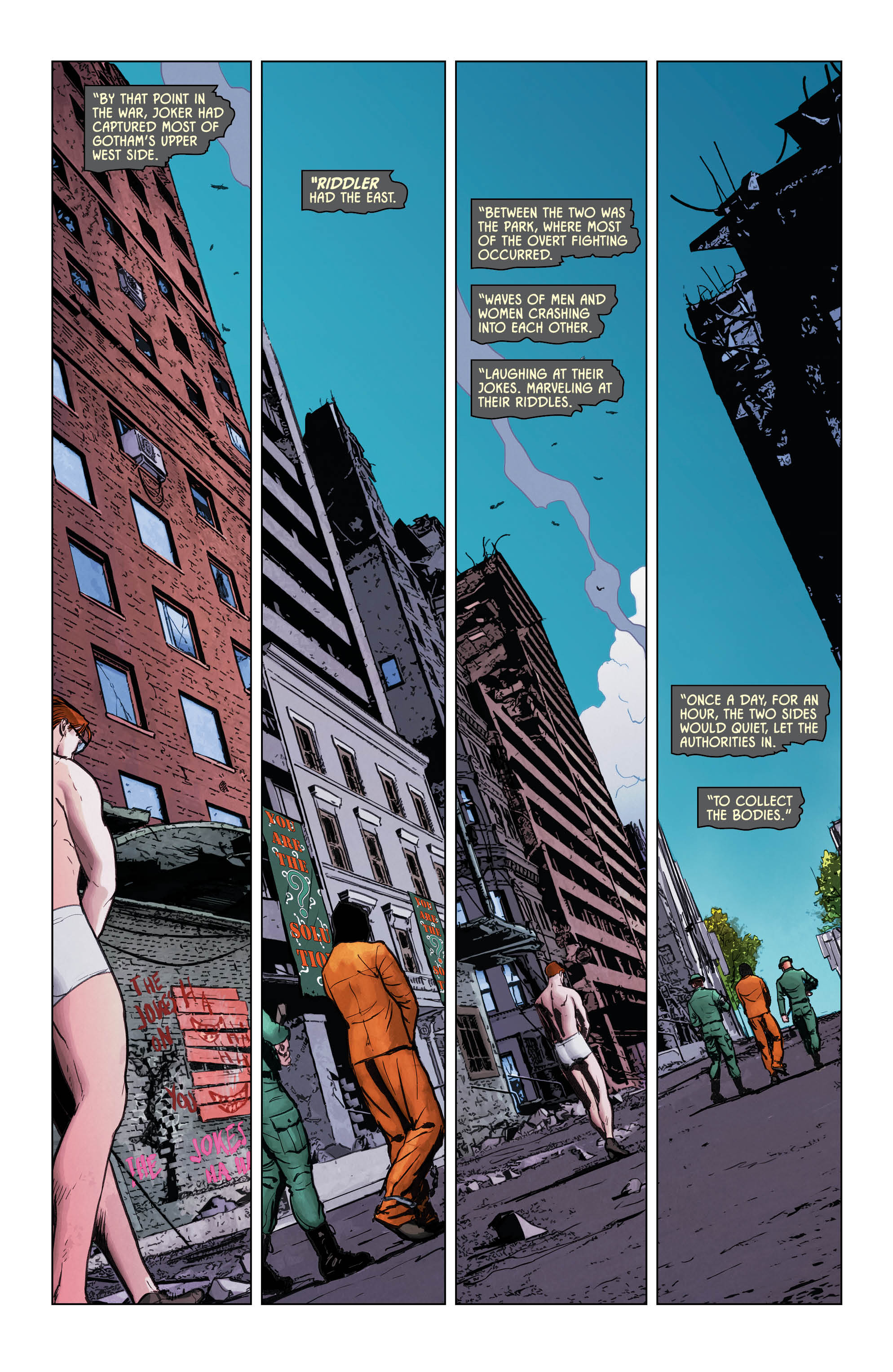 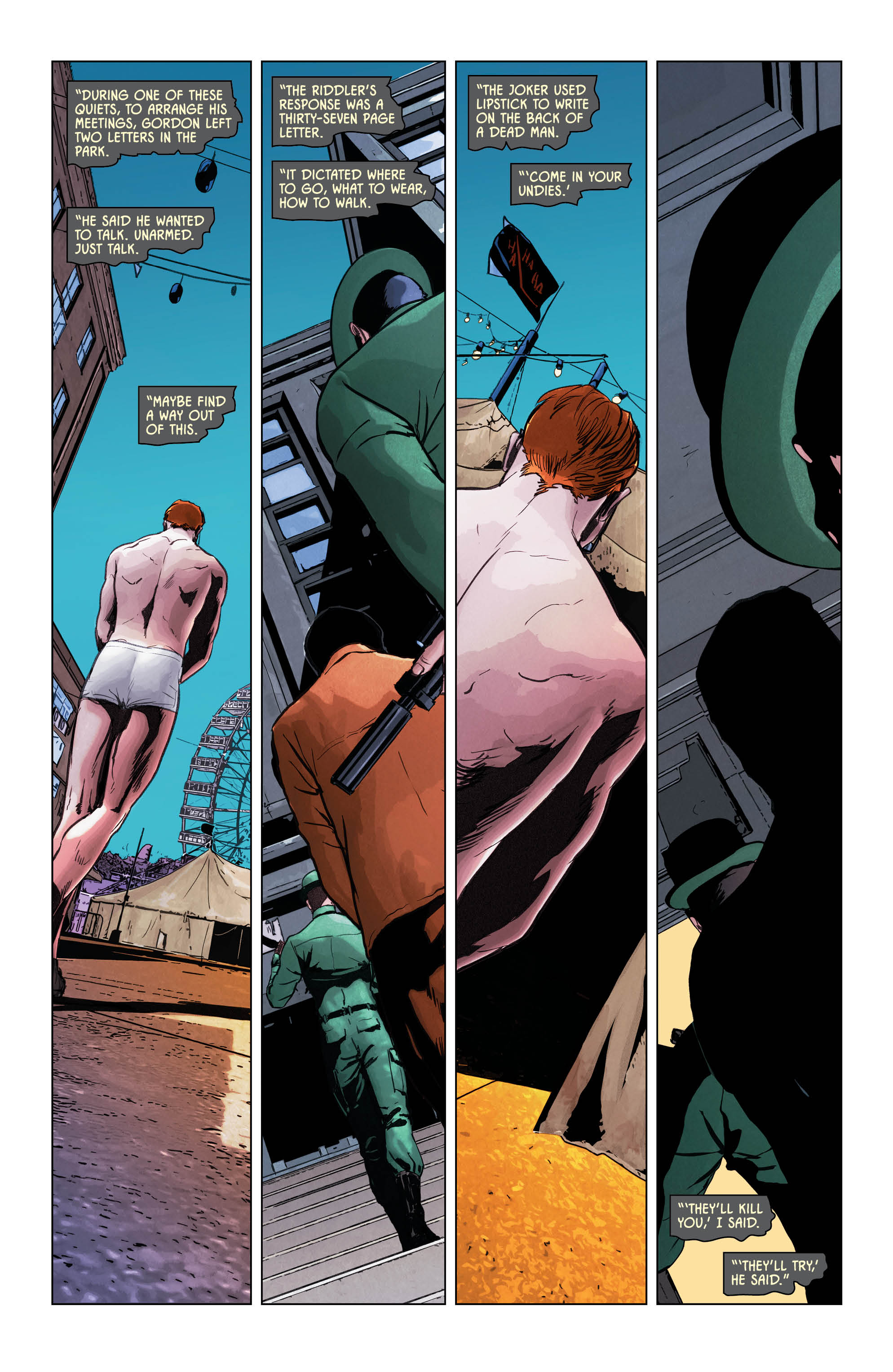 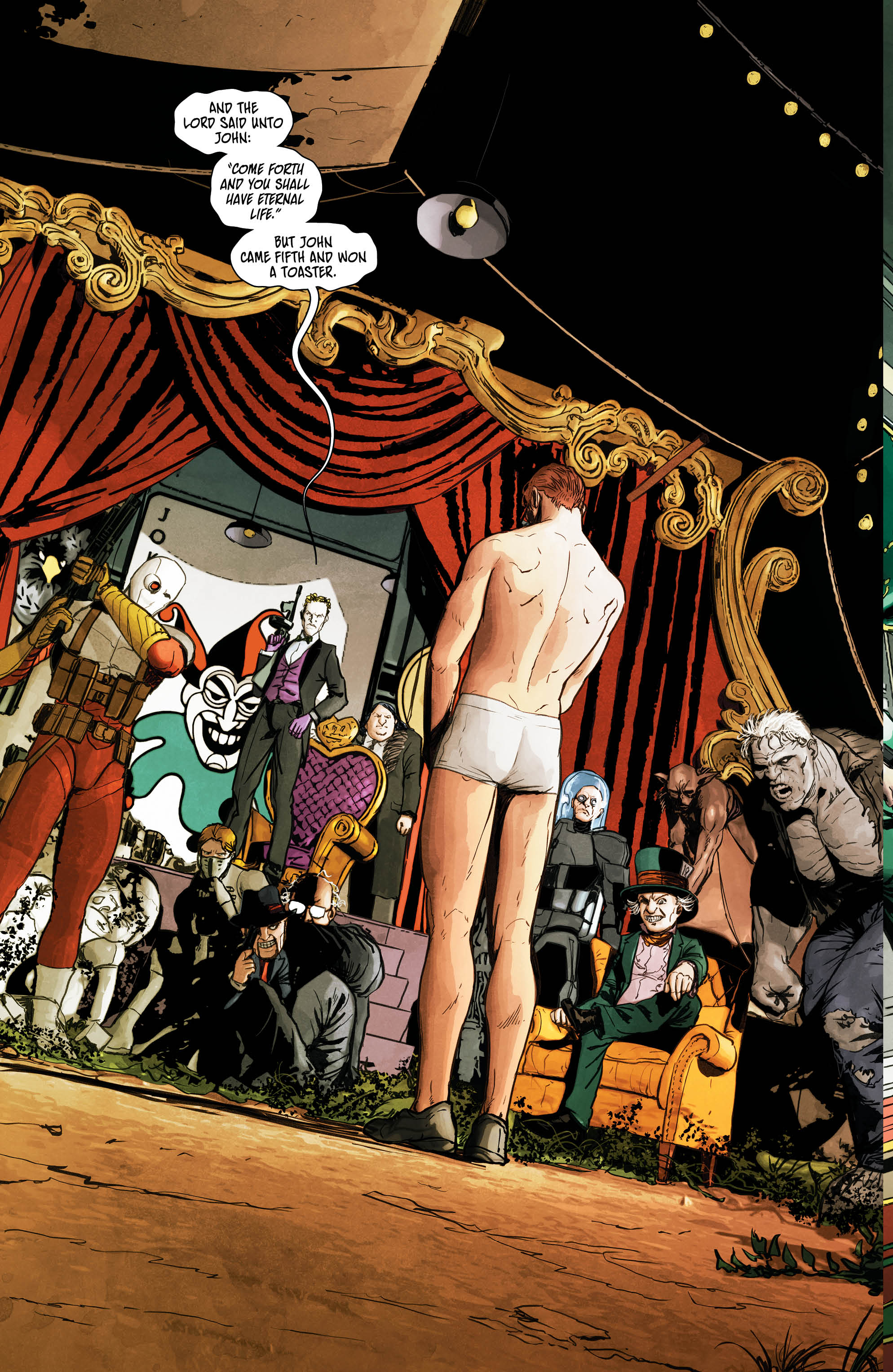 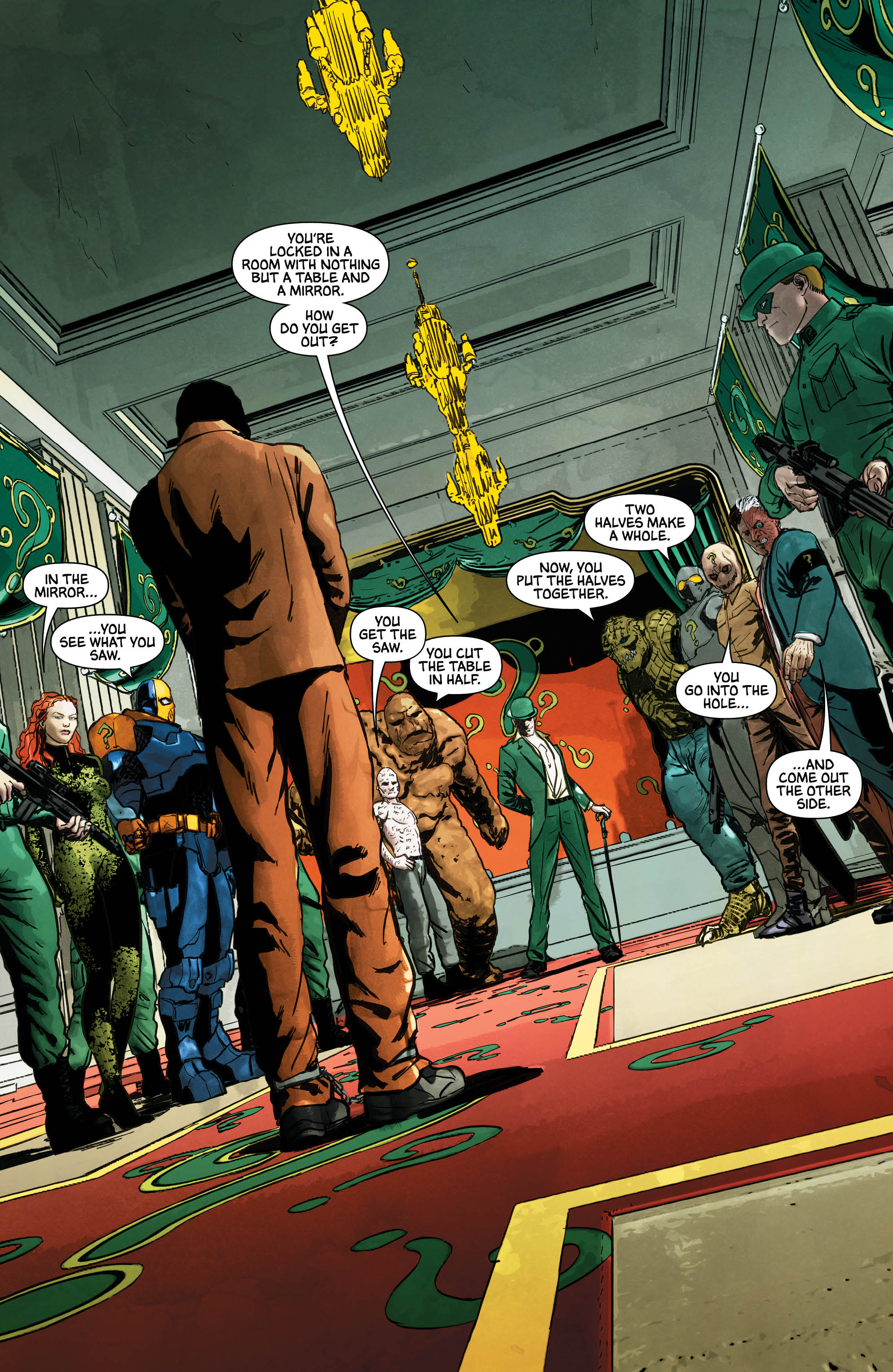 While King created strong thematic motifs in the storyline, the overall narrative really suffers from it. King sacrificed specific details for broad action scenes to solidify the story’s point. It is frustrating when King skips over plot lines that readers may consider important.

For example, we have only a vague idea how the different villains chose which faction to side with. Furthermore, King does not provide any motivation why most of the villains even want to be involved in the war. Why would people like Mister Zsasz, Clayface, Killer Croc, Two-Face, or Scarecrow ever want to join the Riddler? More importantly, how did the Riddler convince them to wear question mark armbands and say riddles in a coordinated fashion? We have no way of knowing. Unfortunately, King is not interested in telling readers about it.

The narrative acts more like a backdrop. The best analogy to describe it is like reading an event tie-in comic book without reading the main event comic. Readers probably could understand the context of the story, but it is is also potentially confusing.

King’s insistence on telling “The War of Jokes and Riddles” in the most basic, broad strokes creates a dissatisfying reading experience. He insists to skipping over plot points and character motivation in favor of building a strong thematic through line. It is unfortunate that what started out as a promising storyline has turned into a frustrating mess.