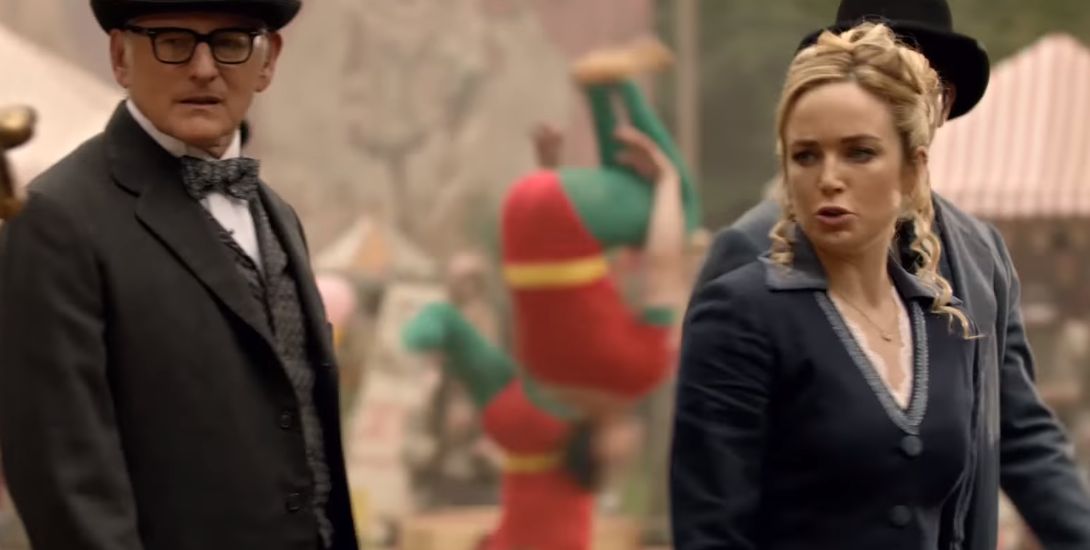 DC’s Legends of Tomorrow will begin season 3 this fall, and they’ve released the first trailer. The team heads to P.T. Barnum’s circus. The show has hinted at several A-list DC characters throughout, such as the Dark Knight and “Men of Steel,” in addition to telling the viewers that Kara (Supergirl) looks a lot like her cousin.

In a quick, half a second in their latest trailer, you can see acrobats practicing for the show. Both are dressed in a red unitard, paired over green leggings and a yellow belt, iconic symbols for the Boy Wonder. As we know, Dick Grayson is from a Romanian family of acrobats in the circus. Are these performers the Flying Grayson before their untimely demise? It’s certainly a fun easter egg for us Batman fans.

The Flying Grayson working in P.T. Barnum’s circus, ‘the Greatest Show on Earth,’ isn’t canon in comics, however, the timeline of the CW is far from canon. It’s simply another DC Universe. Thus, this circus would be a brilliant place for an easter egg.

What do you think? Could this be CW’s Boy Wonder? Check out the trailer below!