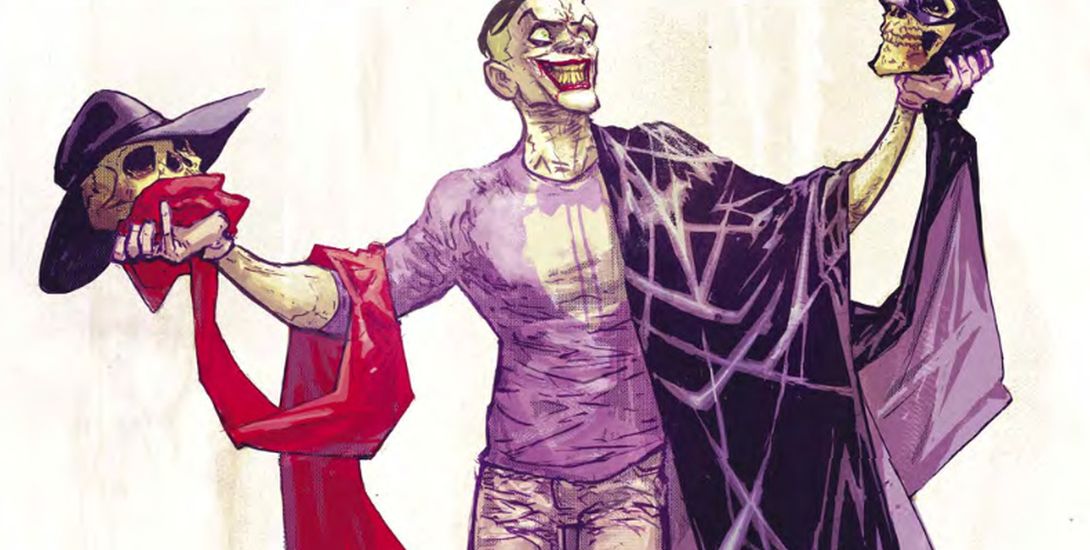 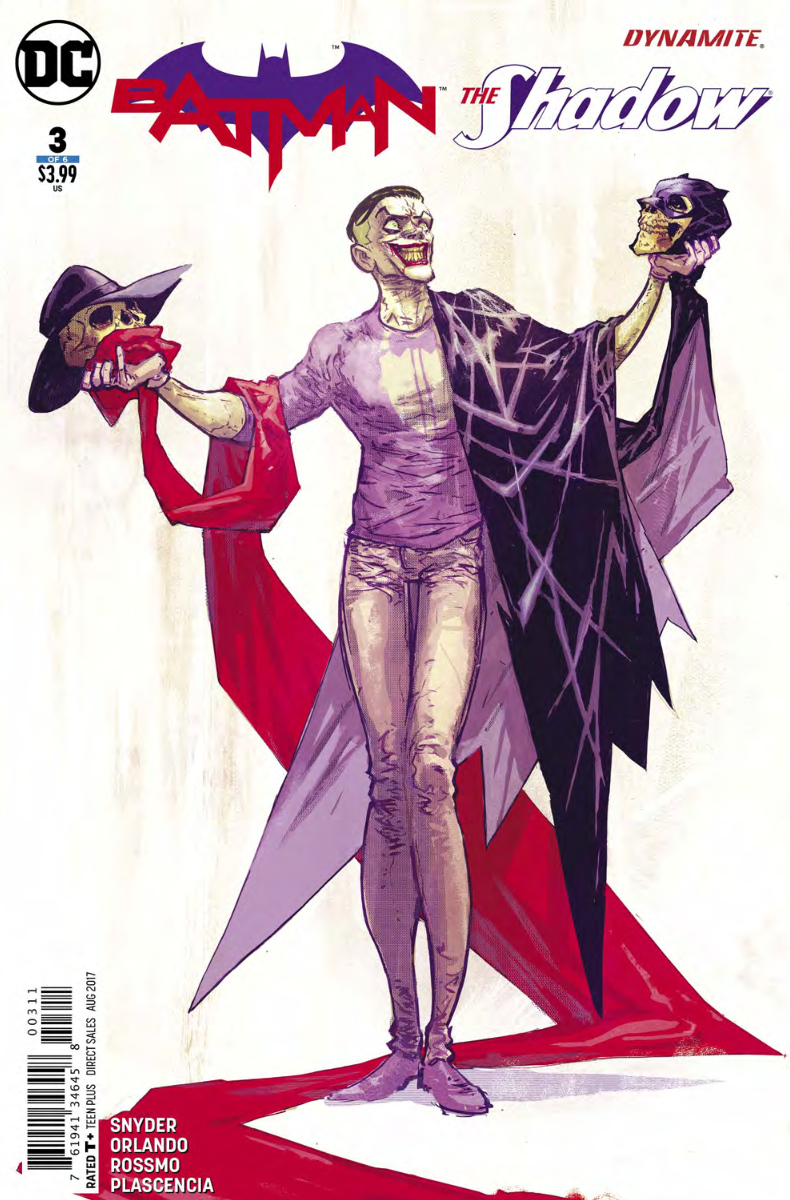 An exceptional comic series, with a strong mixture of horror, Snyder and Orlando are a dream team. This is dark, gory, a side of Gotham City that we know exists but not many writers explore. This issue leveled up from issue #2, and even that was a brilliant issue. You will love this.

Horror can be the most intelligent genre if they indulge us into a story with meaning. The characters are already enthralling, Batman, The Shadow, and the Joker. It’s a combination of three types of darkness, and the writers show how much misery loves company through the developing interactions of this new duo. It’s quirky, but Snyder and Orlando run this story like the master craftsmen they are.

The art is to die for. There’s so much transfer of power, and you can see the Joker’s vanity and thirst shine through in the illustrations. 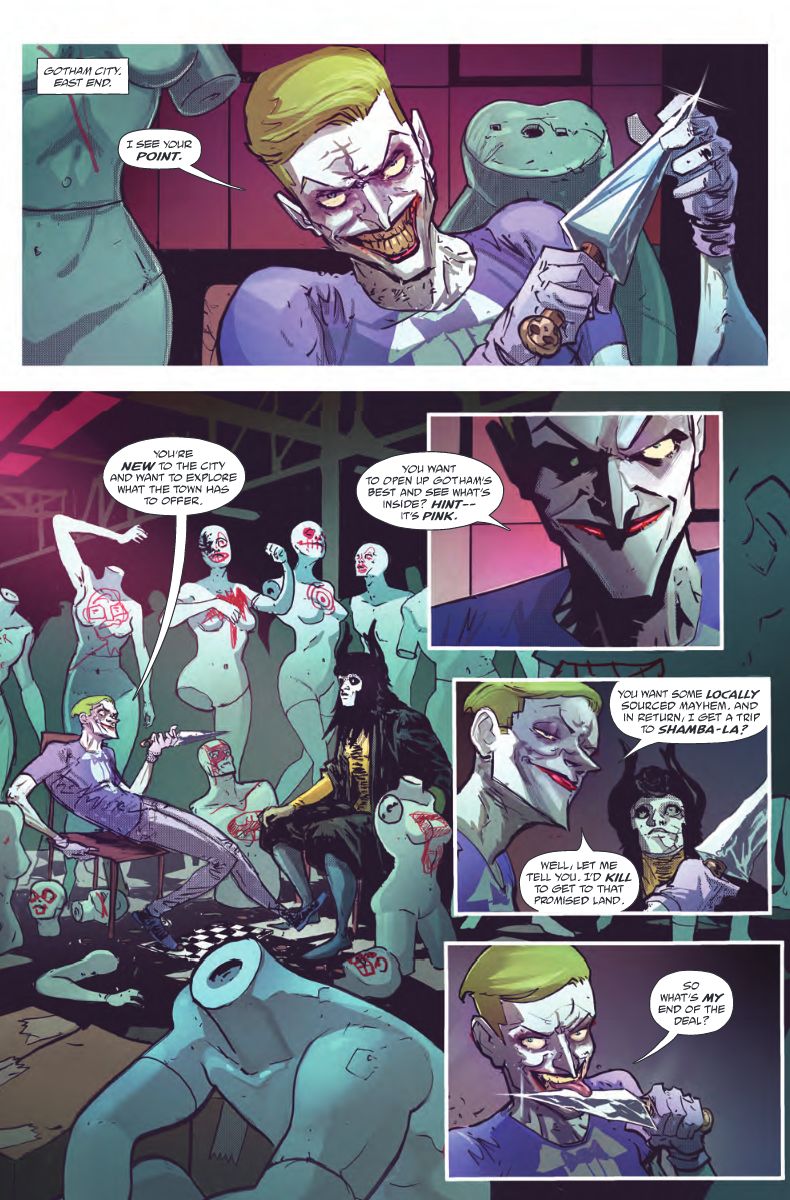 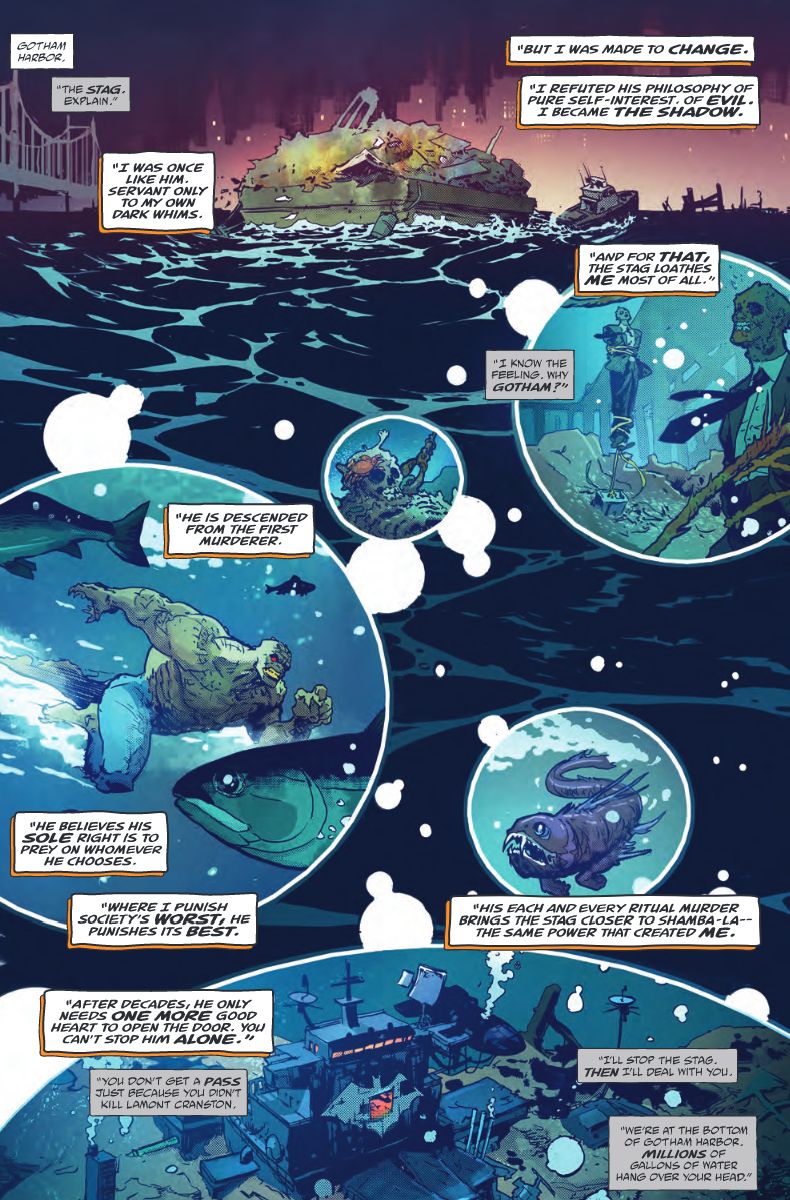 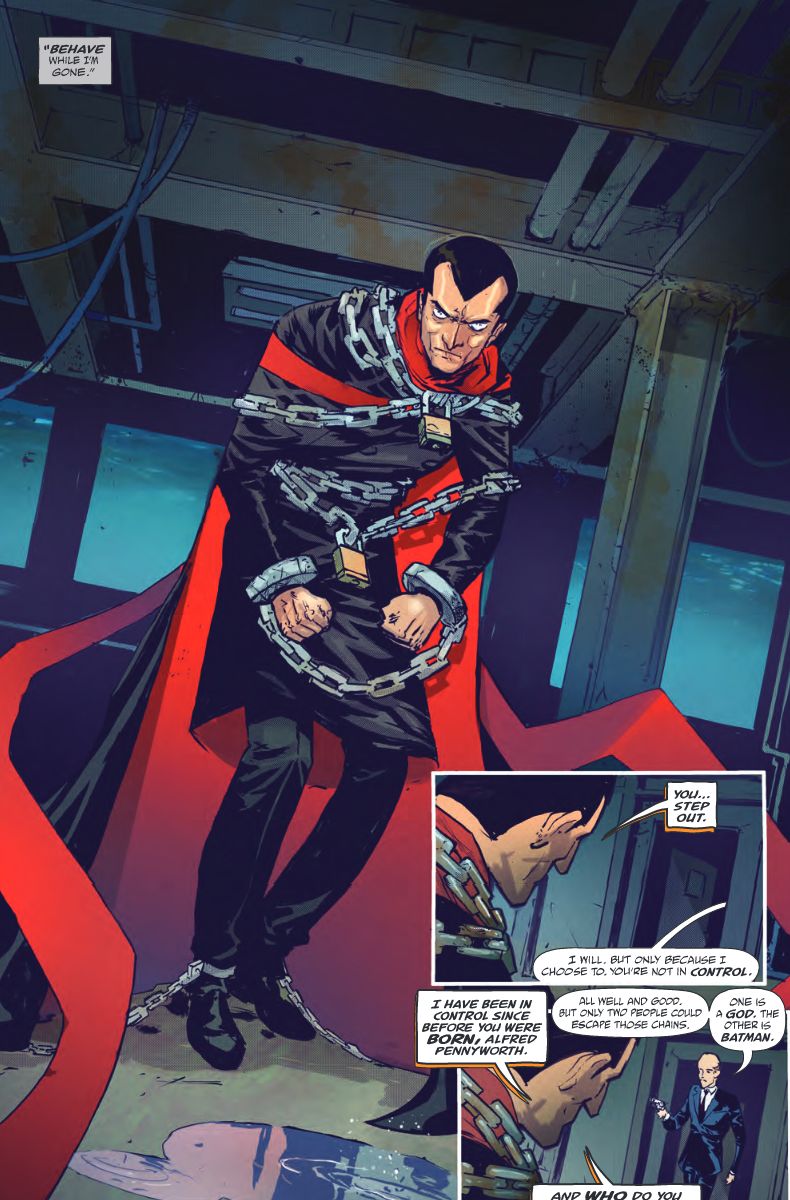 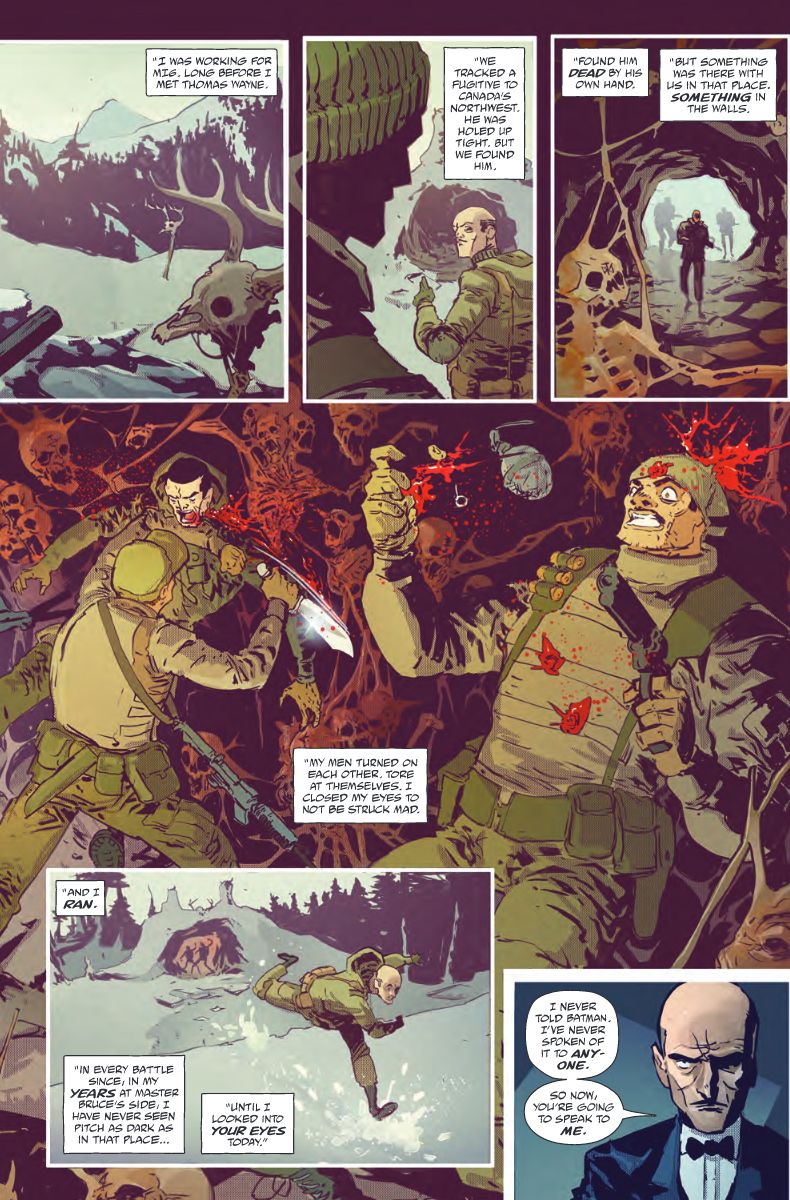 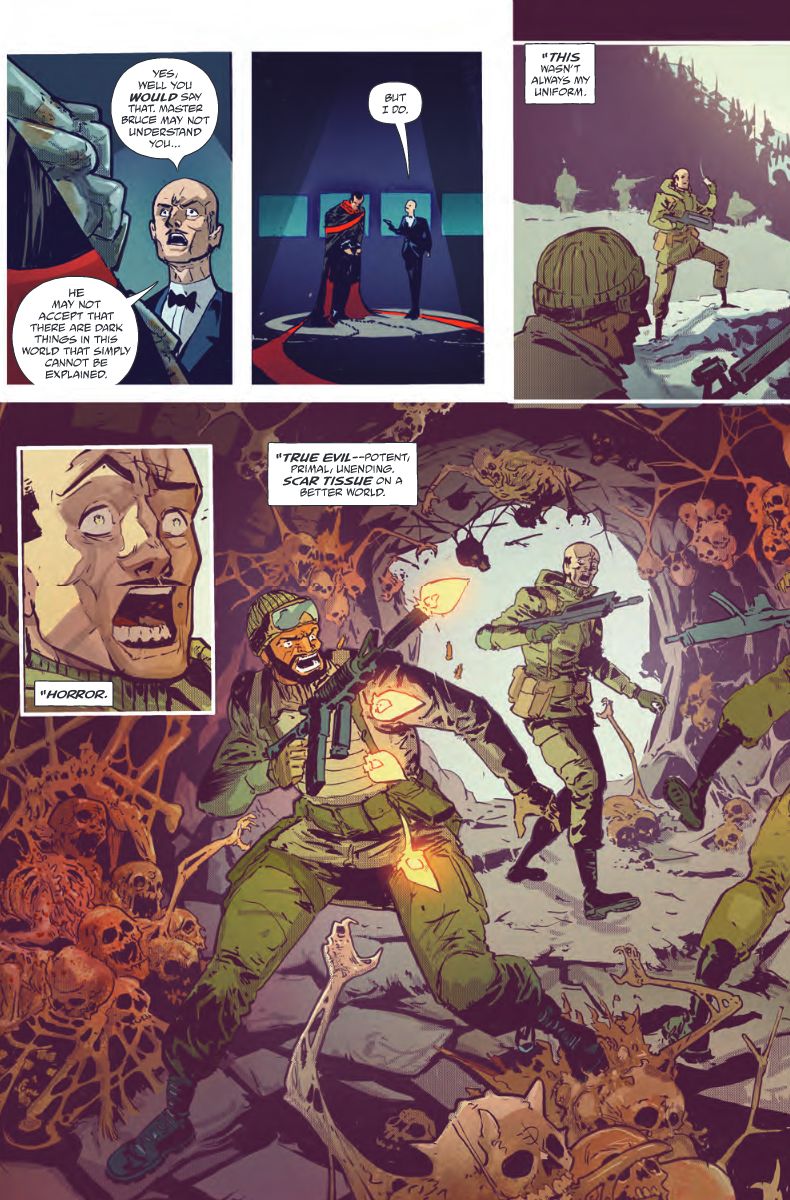 The violence. The Macabre-themed, body mutilation is giftedly drawn. And these worlds exist, that’s the terrifying part. The methods the Joker uses to torture and kill victims, regular humans have followed through. If you have a fear of horror films and you want to face them? Add this to your comic collection if you want to safely explore a world like this. I couldn’t rip my eyes away from Rossmo’s work. His characters are so distinct. Those narrow lines and several features added to each face; it’s haunting.

Plascencia’s colors work so well with Rossmo’s. There is so much detail with the line that a slight change in Plascencia’s shading has me enter a new setting. Each page is a show. The gray and purple blends creating the images to be just as eerie as the lines.

I believe this is one of the best series to follow. It beautifully encompasses a thriller murder/mystery within Batman and his world. I feel that so much art is coming out these days that are primarily for children and family fun. Soft bright colors, kids with jeans, so on and so on. But this series? I’ve been pulled into a dark world with meaning and I’ve been fully entertained per issue. I loved the Joker’s design and diction, he spoke with sensible insanity. Each issue thus far has had the perfect endings: answering one question and having three more introduced. 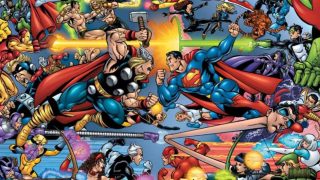 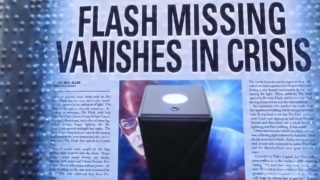