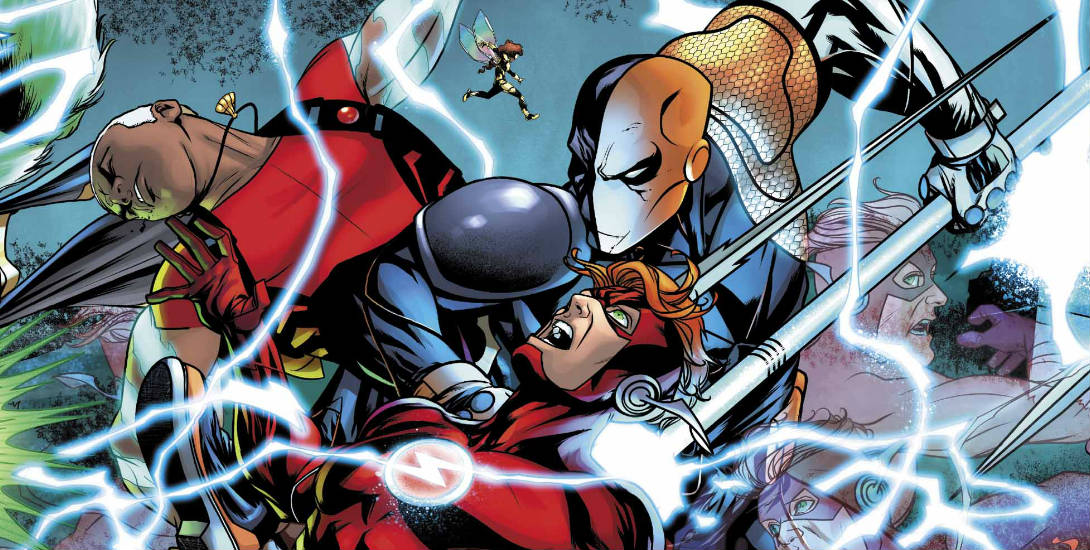 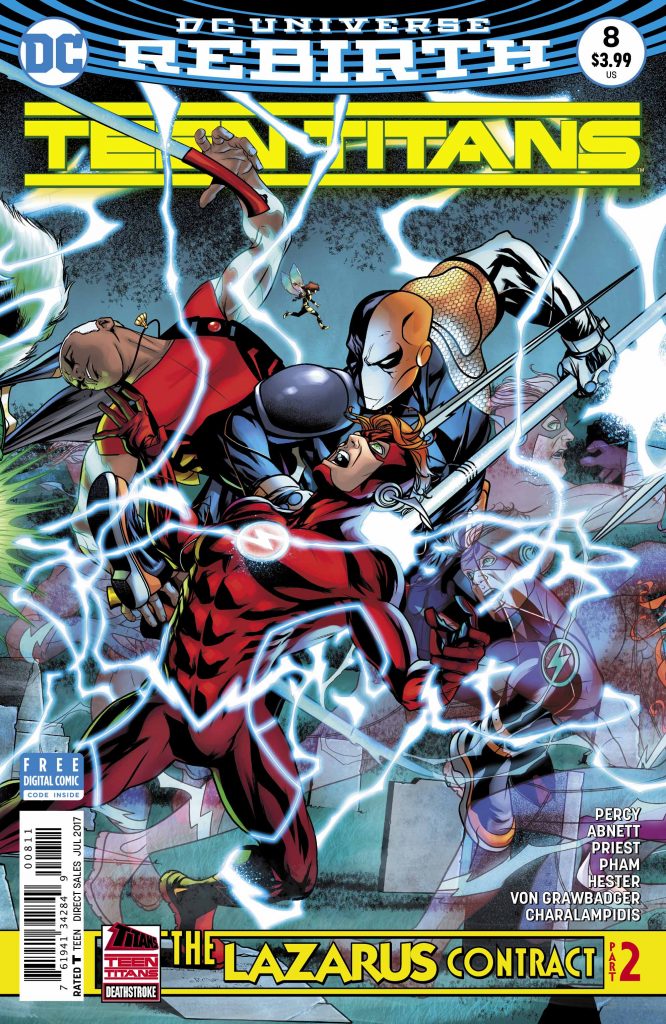 Here we are! Back again with “The Lazarus Contract” Part Two! After the incredibly enjoyable opening issue, I did have worries that the following parts wouldn’t hold up. In Teen Titans #8, I was half wrong, but also half right. This issue did very little to progress the story and backtracked a little in some cases, but then eventually did get to – and then move forward from – the ending of Part One. The book opens with Wally West (Teen Titans Wally) encountering none other than Slade Wilson fixing a car. The pair then go out for hamburgers and Slade roofies him and takes him back to his base of operations. Just your average day in the world of the DC Universe.

Honestly, I have to say, I forgot that both Wally Wests existed in the same timeline, in the same world. It hasn’t been addressed (to my knowledge anyway, but please correct me, if I’m wrong) until this issue, and it made me sit back and think about everything I’ve read thus far. But I digress. The next part of the story picks up and we see both the Teen and the Titans worrying about their respective Flashes, before the Titans Tower gets hacked by Damian Wayne, who then demands everyone meet on the roof. Damian begins to accuse Dick of making a deal with Deathstroke, and Dick confirms that he is right. 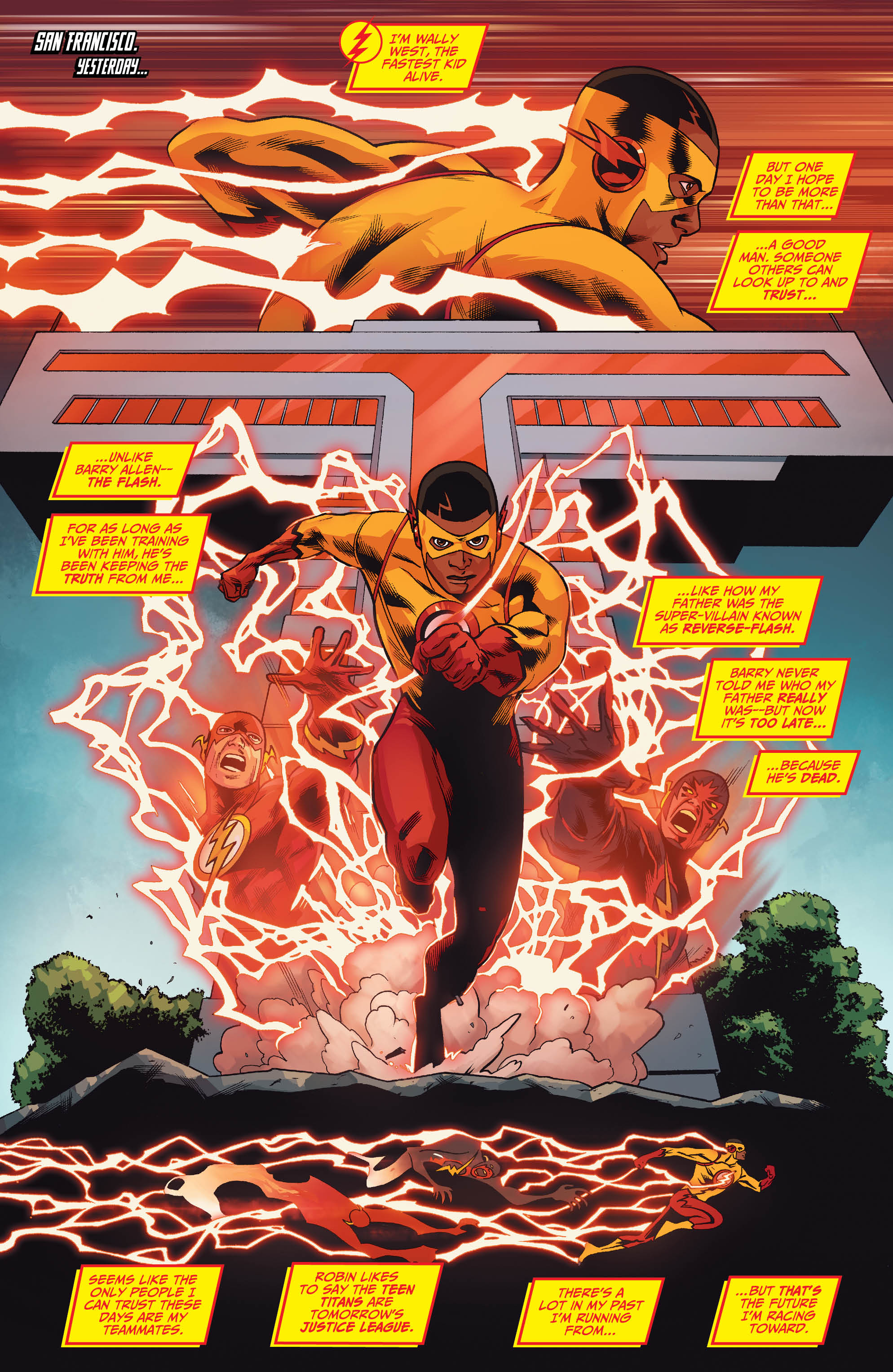 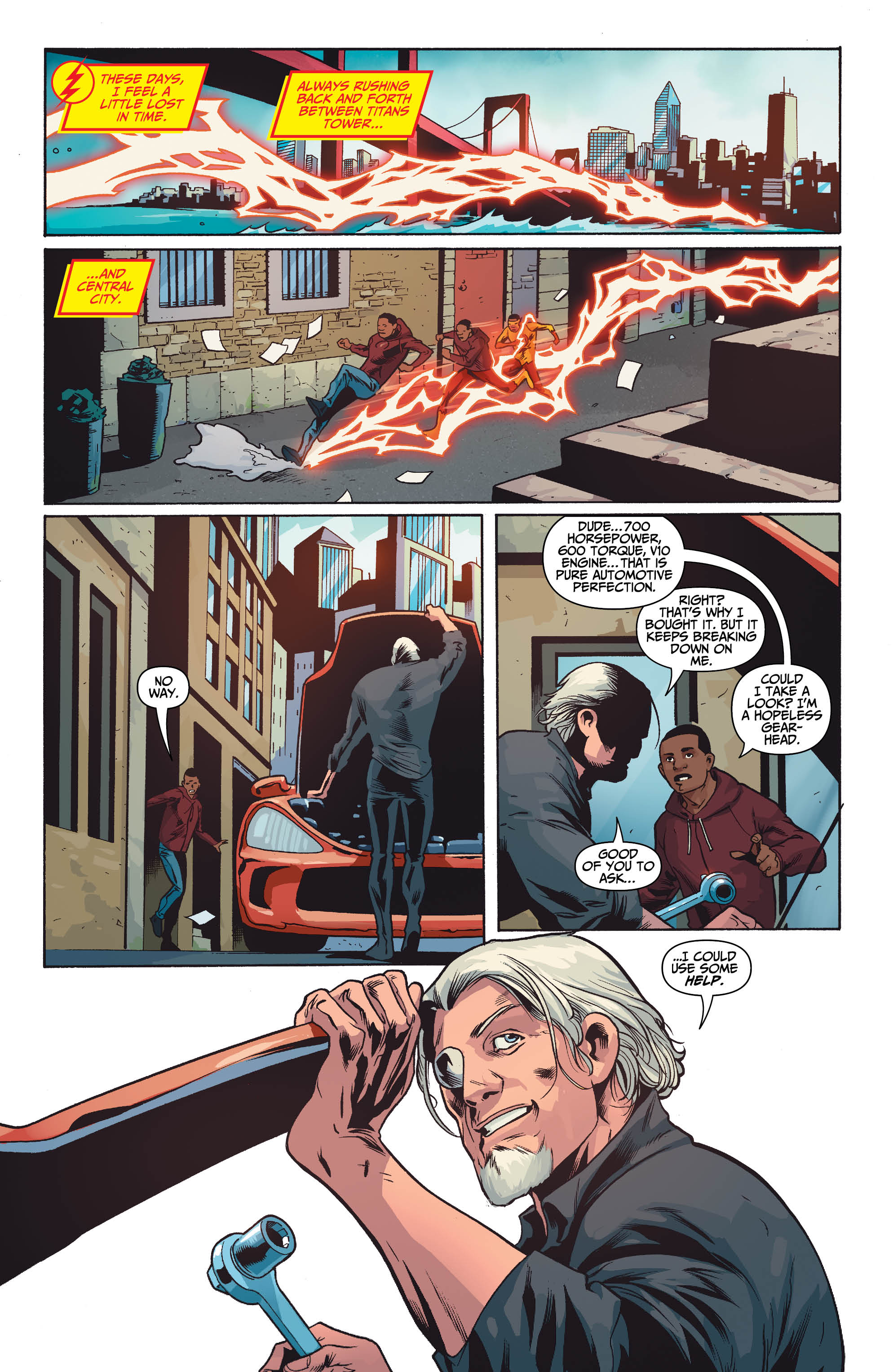 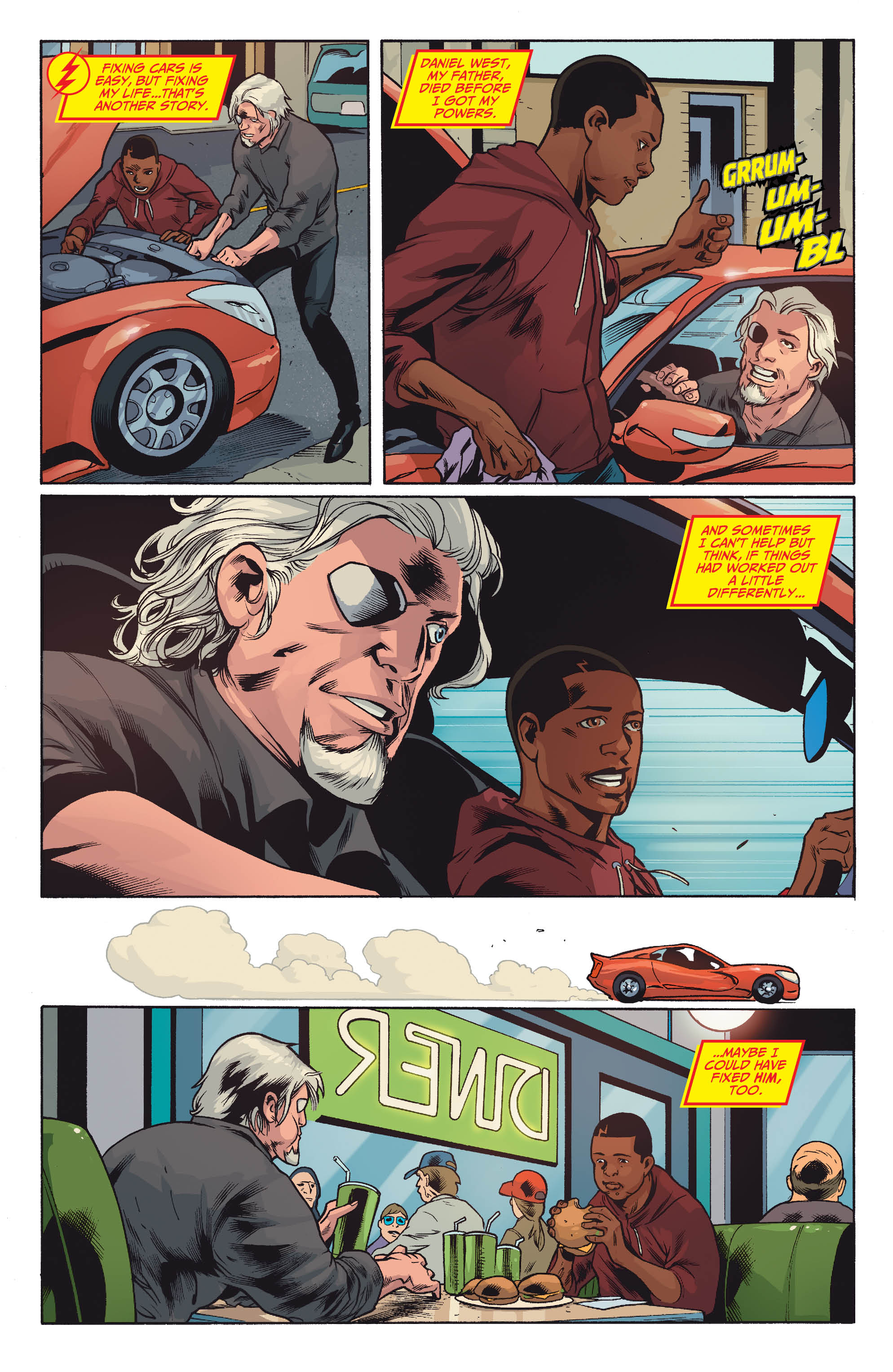 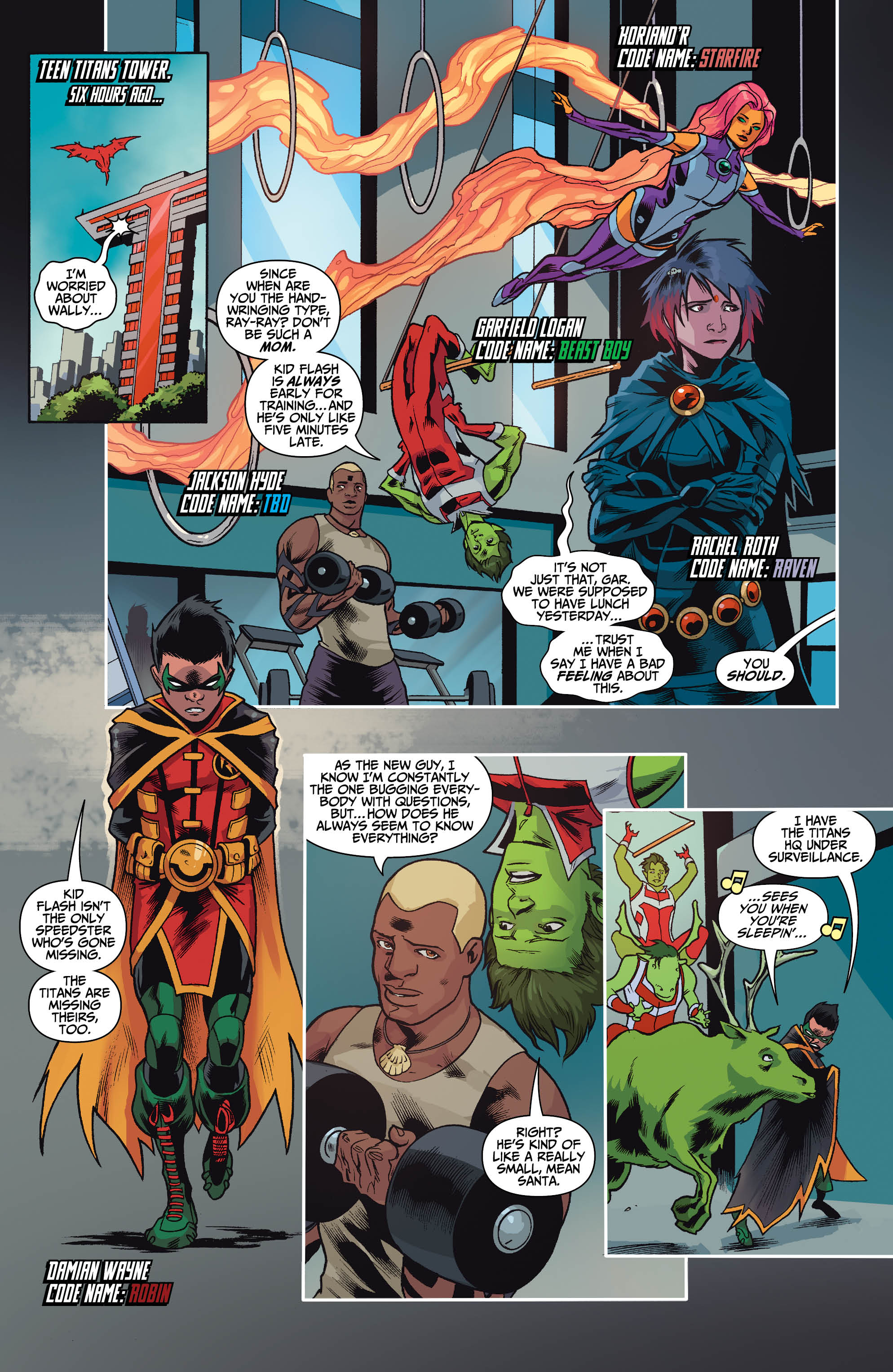 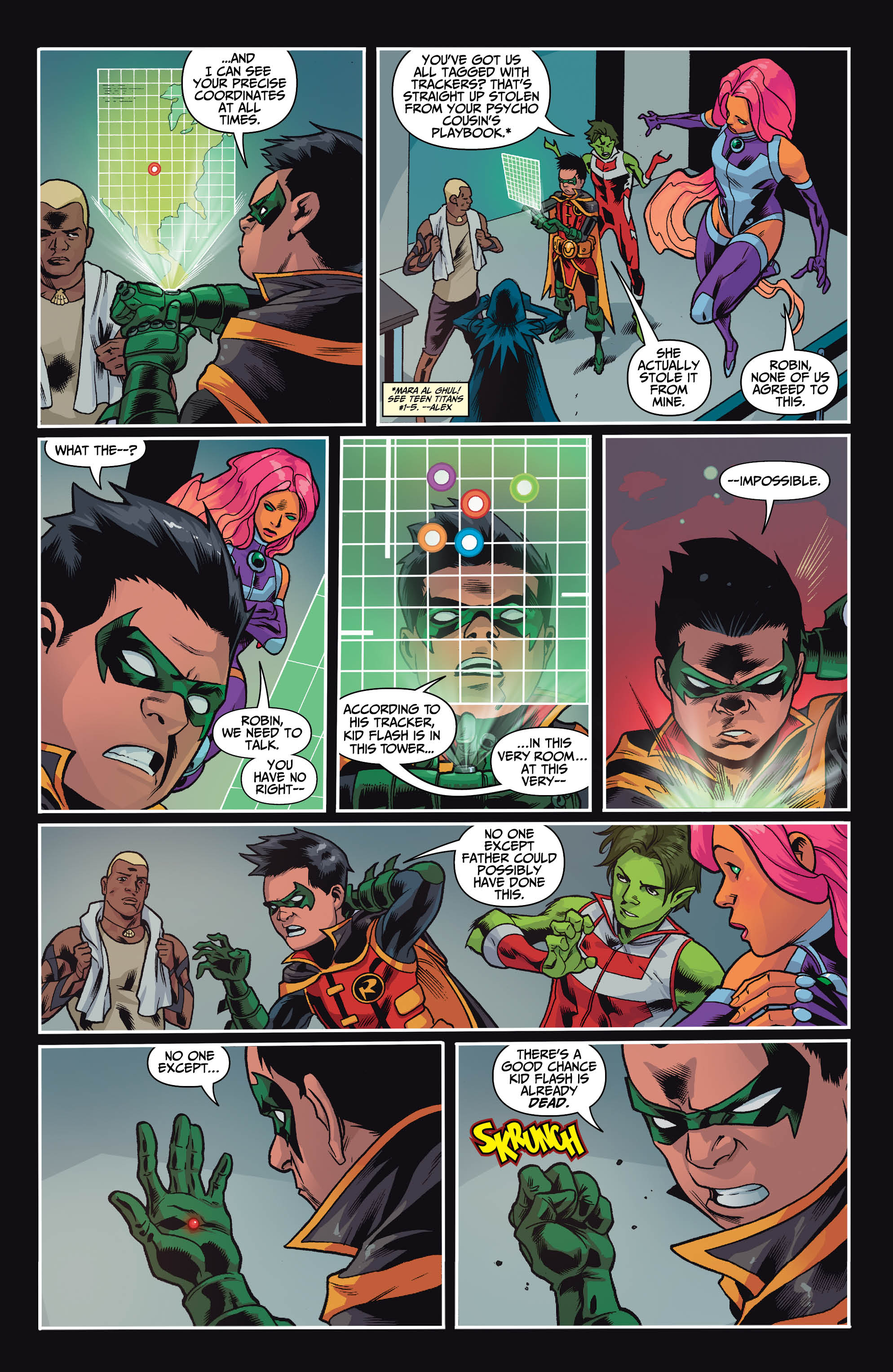 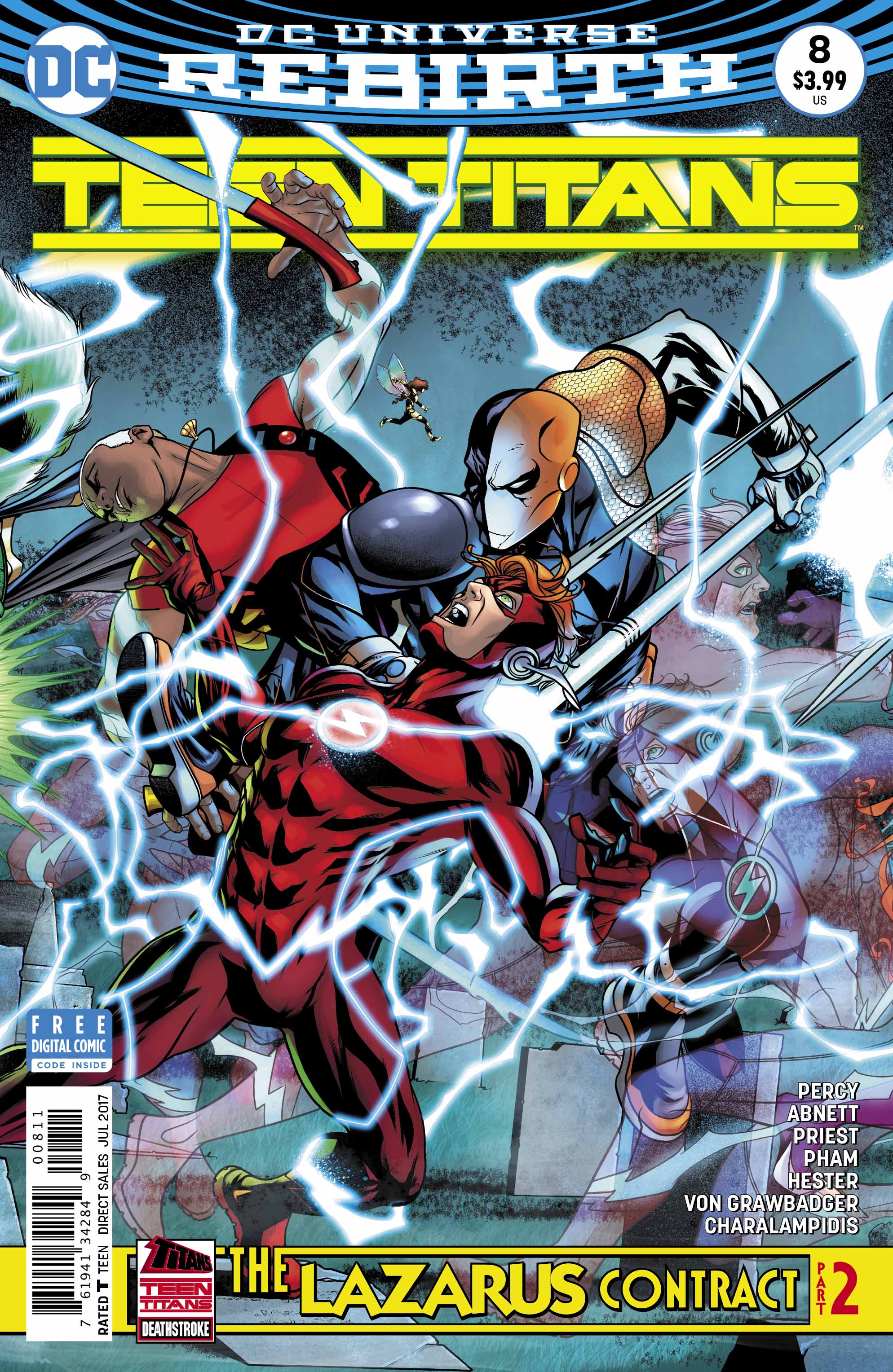 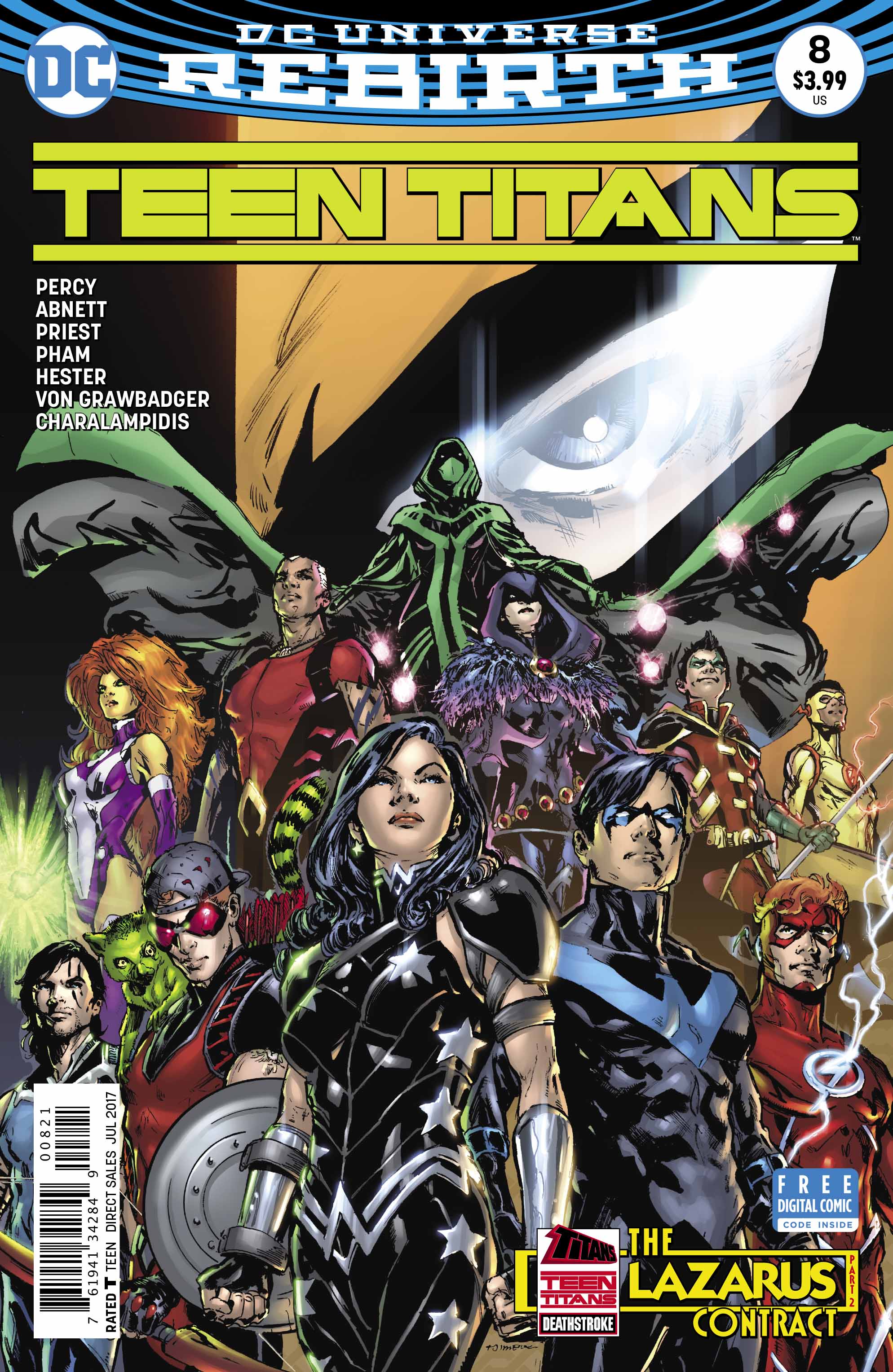 The issue moves towards the “twist” ending with both teams going to find their Wallys, only to discover that Deathstroke now has the powers of the Speed Force. I say “twist” in quotation marks because in the solicitations for the upcoming issues of Deathstroke, it straight up states that Slade has Flash powers, so I was a little salty that it was hyped up to be such a big reveal when it was revealed a while ago anyway. Either way though, I’m still incredibly excited to see what happens next. My only thought at this point is: why now? Why does Slade suddenly care so much now to save Grant? Hopefully this is something they answer in the coming issues, but as far as the Deathstroke series is concerned, Grant has only been mentioned probably twice at most. At this point halfway through the story, I have so many questions – which I guess is a good thing, because it means I’m going to keep reading. But I am also worried that they might not all get the payoff each of them deserves.

On the art style, I enjoyed it as much as I always do. Pham does a brilliant job of nailing the characters looks, and that middle page spread of both teams standing together on the rooftop was just phenomenal to look at. The team presents an issue consistent with the ones before it, as well as last week’s Titans, so here’s hoping that Deathstroke next week keeps that tradition up. It may seem like I had a lot of complaints about this issue, but it was still genuinely fun to read. This new crossover is presenting a very interesting concept, and I am excited to see where it goes and how it ends. I would definitely recommend picking up this and the first part if you are interested in any of these characters.

Teen Titans #8 built from the solid foundation that last weeks Titans #11 gave us, creating a second part that leaves a lot of doors open for the final two issues, as well as future issues of the series. While it may not have moved the story forward all that much, it was still a very enjoyable issue.