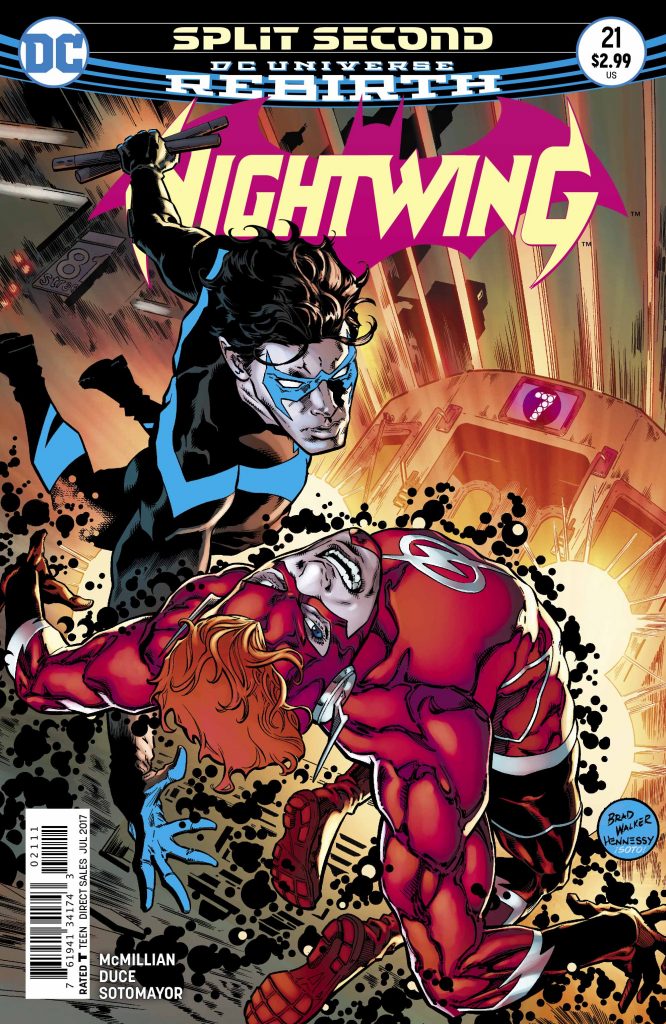 Nightwing is back this week and is lacking half of its original creative team; we still have Chris Sotomayor on colors and Carlos M. Mangual on letters, but taking over the book for the minute is writer Michael McMillian and artist Christian Duce. When I saw that Seeley wasn’t writing and Fernandez, To or Jung weren’t penciling, I was skeptical. However, these reservations disappeared within a few pages and what we ended up with was a brilliant one-off issue featuring Wally West and Nightwing teaming up to take down a new villain. It’s refreshing to see a one-off issue amongst a sea of crossovers and endless arcs backing onto one another, so going in, I was already super excited to read this book.

I’ve always loved Nightwing and Wally as their own characters, but the interactions between them have always been some of my favorites. McMillian writes both characters with such ease and fun – this book was insanely fun to read. The banter between Dick and Wally was just as good as its even been and every page made me smile – it was brilliant. Interestingly, on the DC website, this issue is solicited as Part One of the upcoming “Blockbuster” arc, and “Split-Second” is nowhere to be found. Whatever the reason for this, I am glad that this series took a one issue break before jumping back into another arc. These one-offs usually help build character, and this one most certainly did. 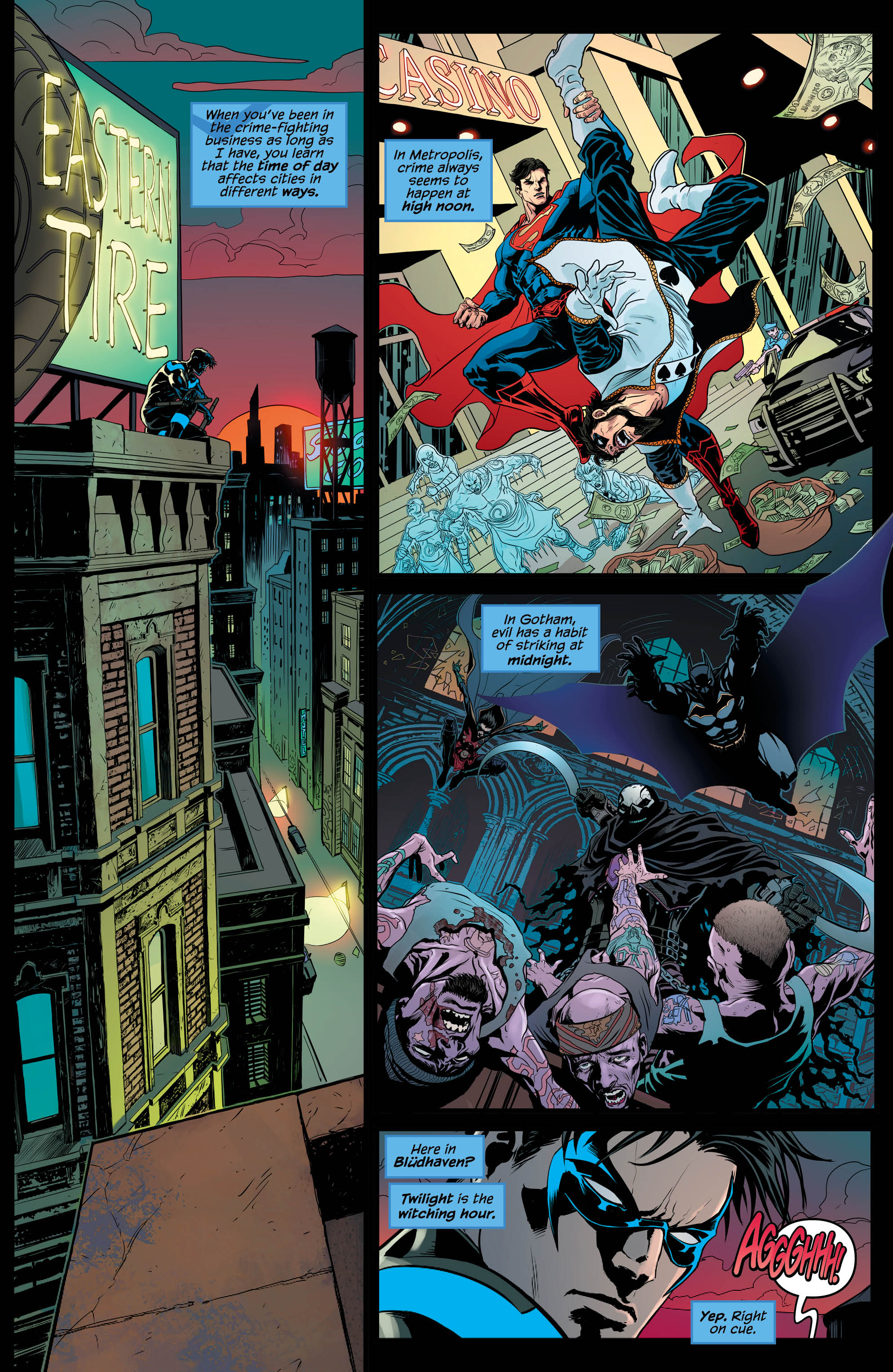 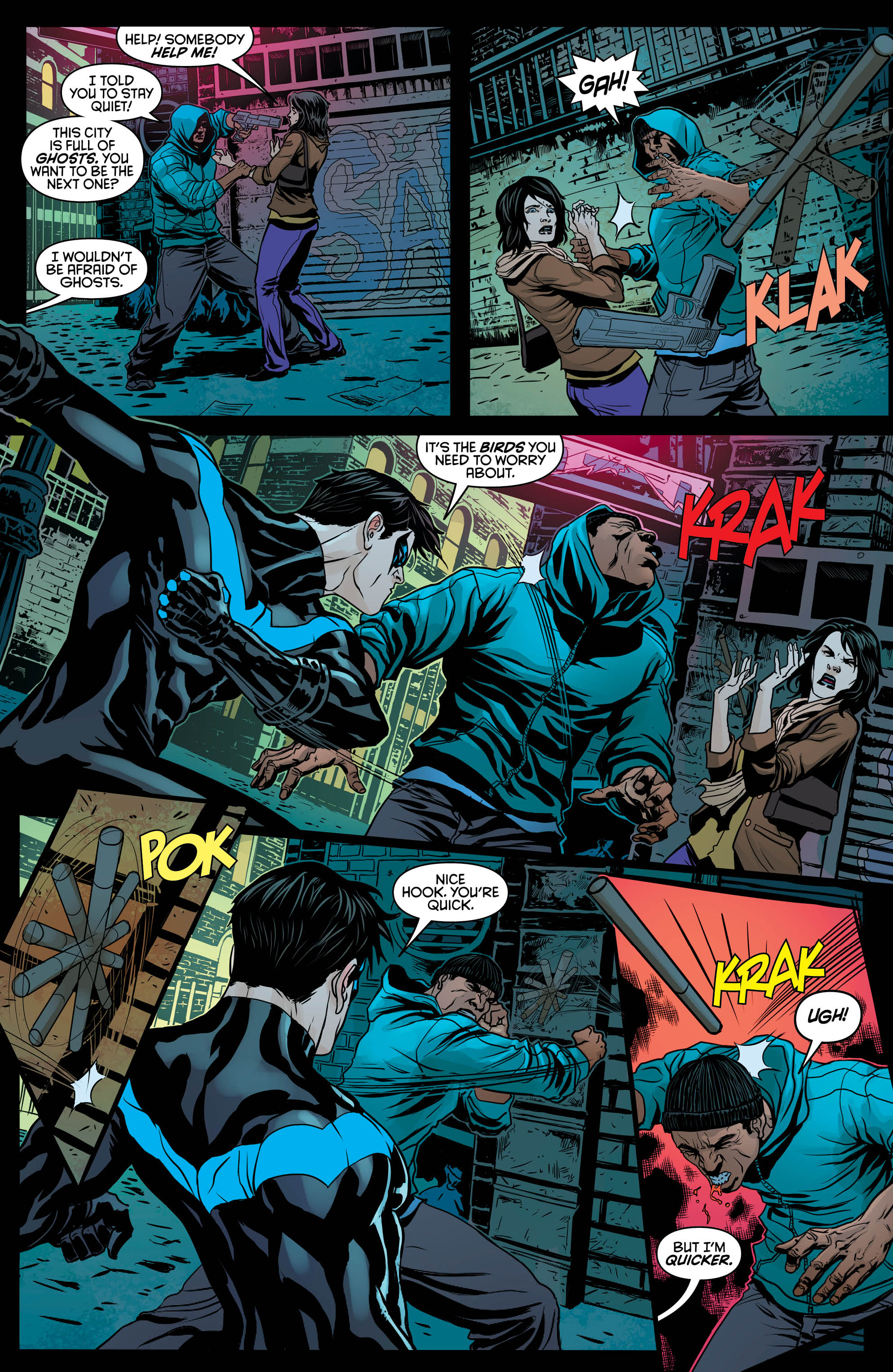 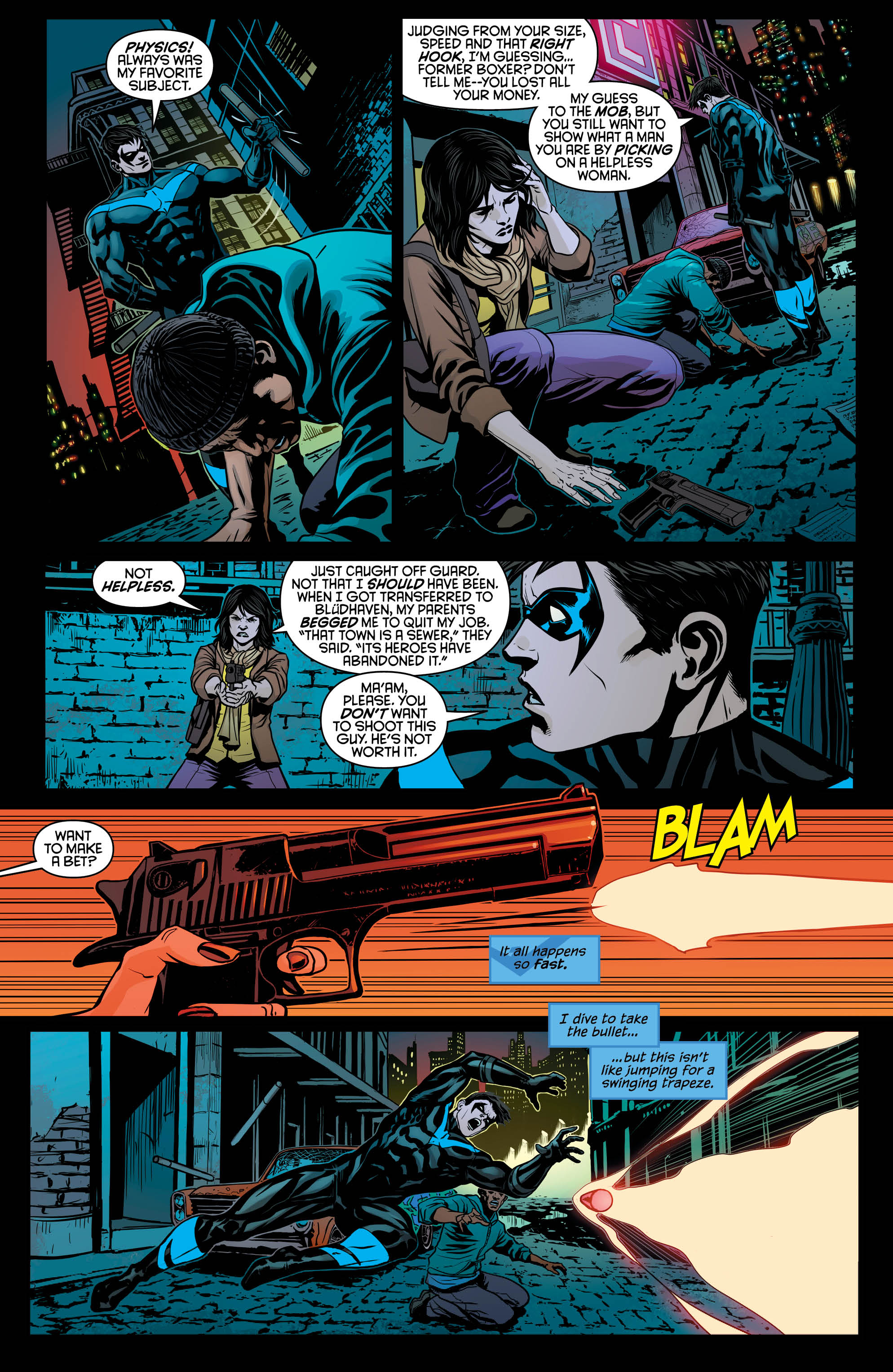 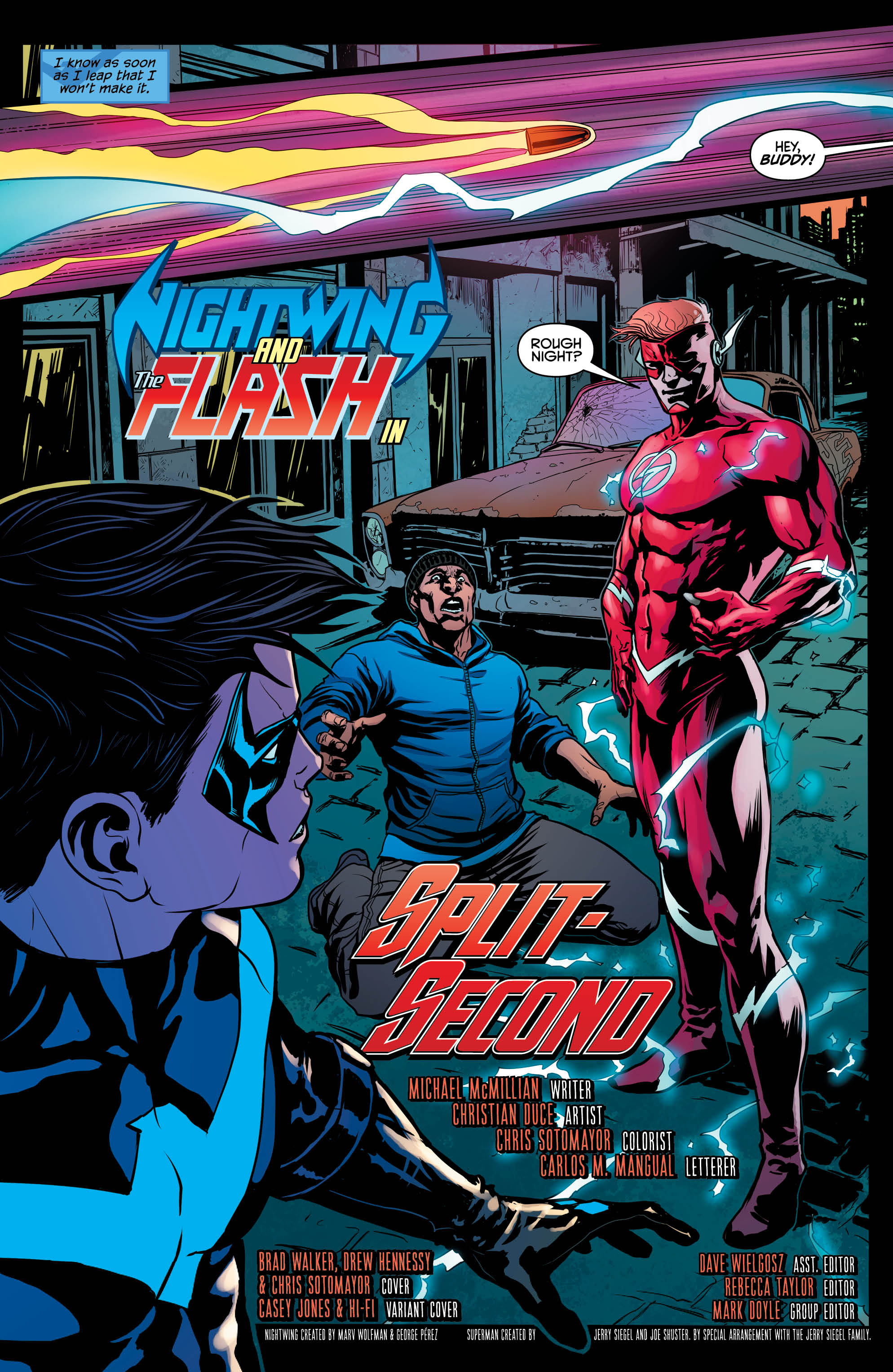 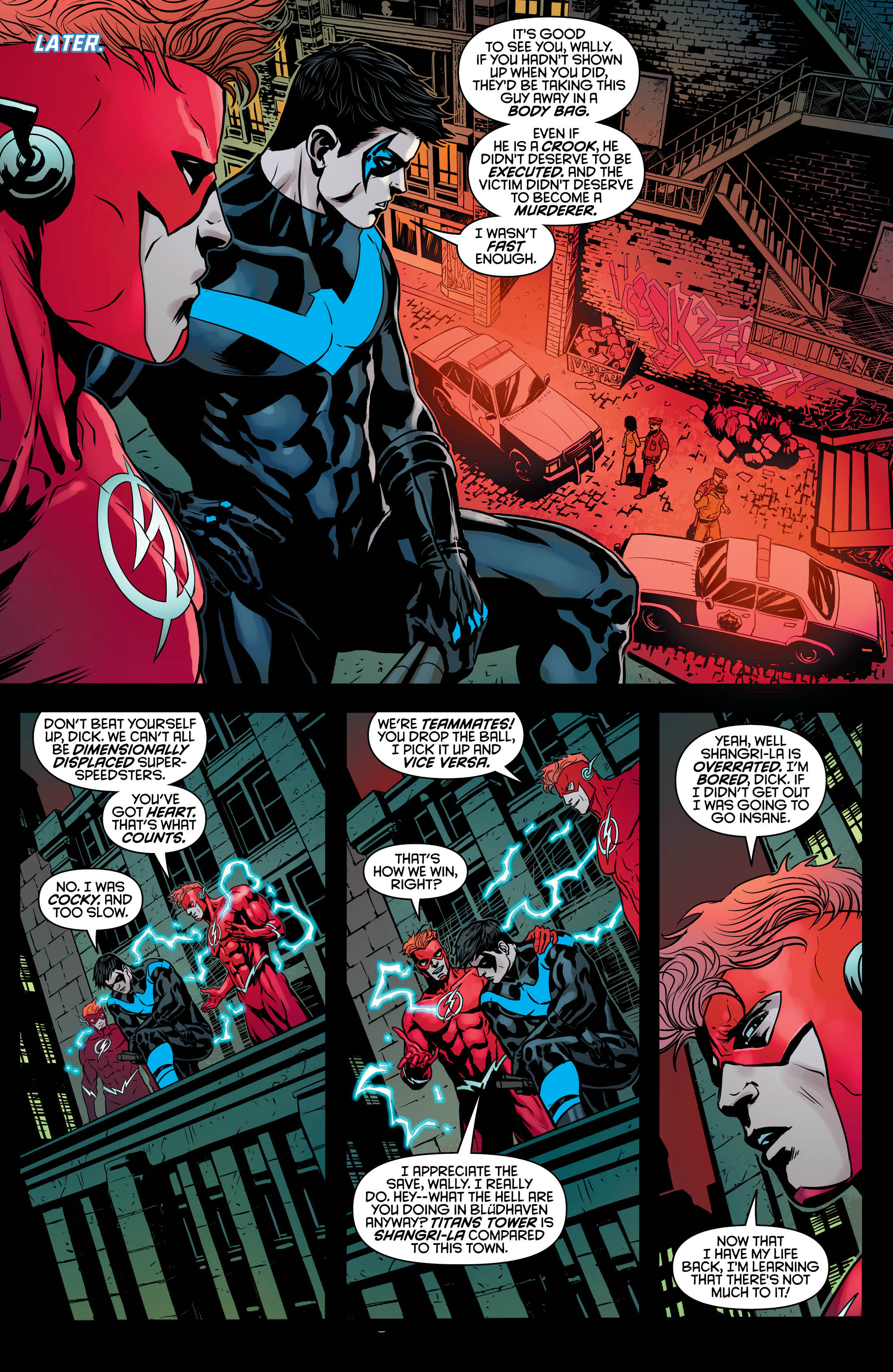 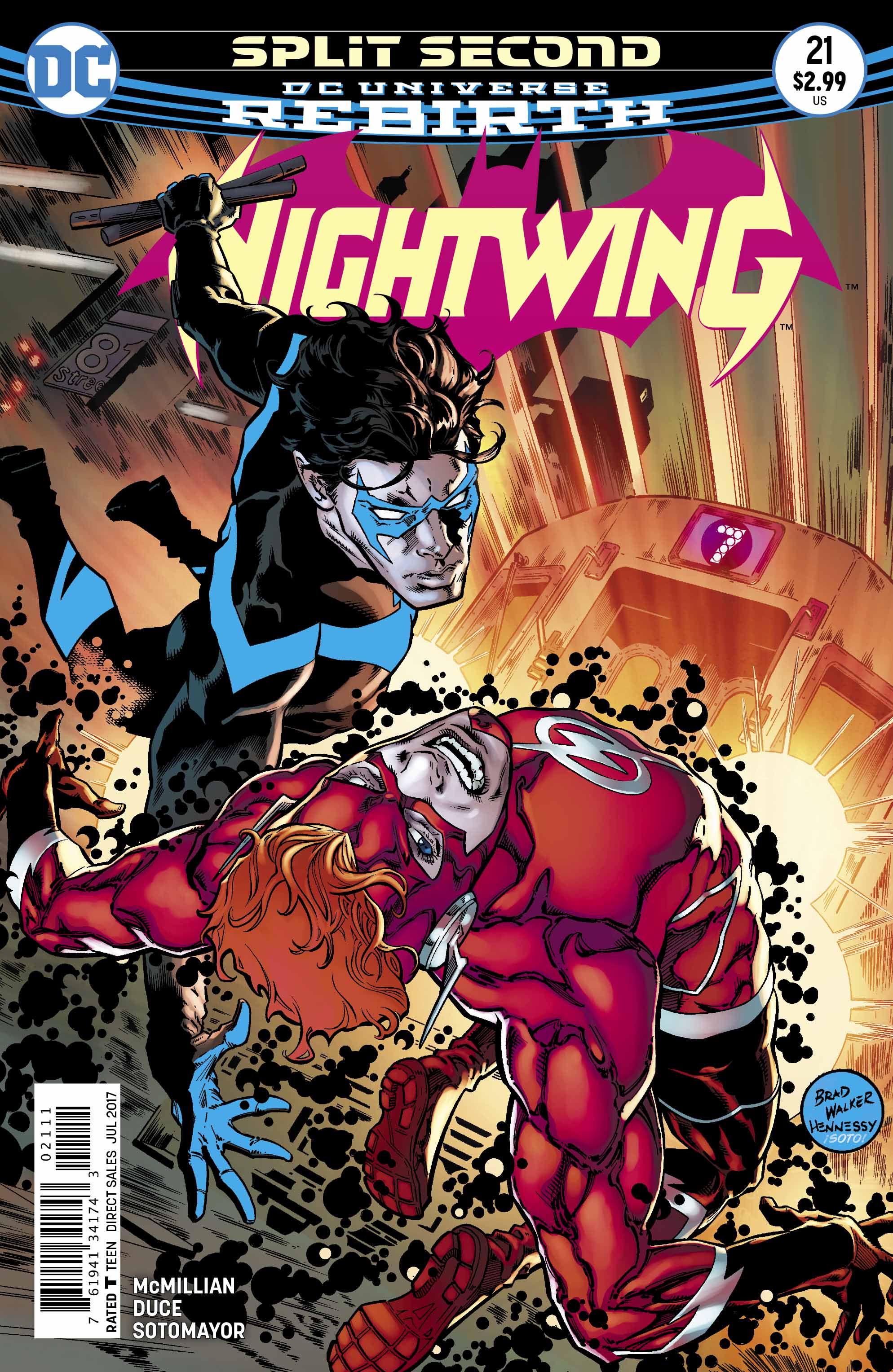 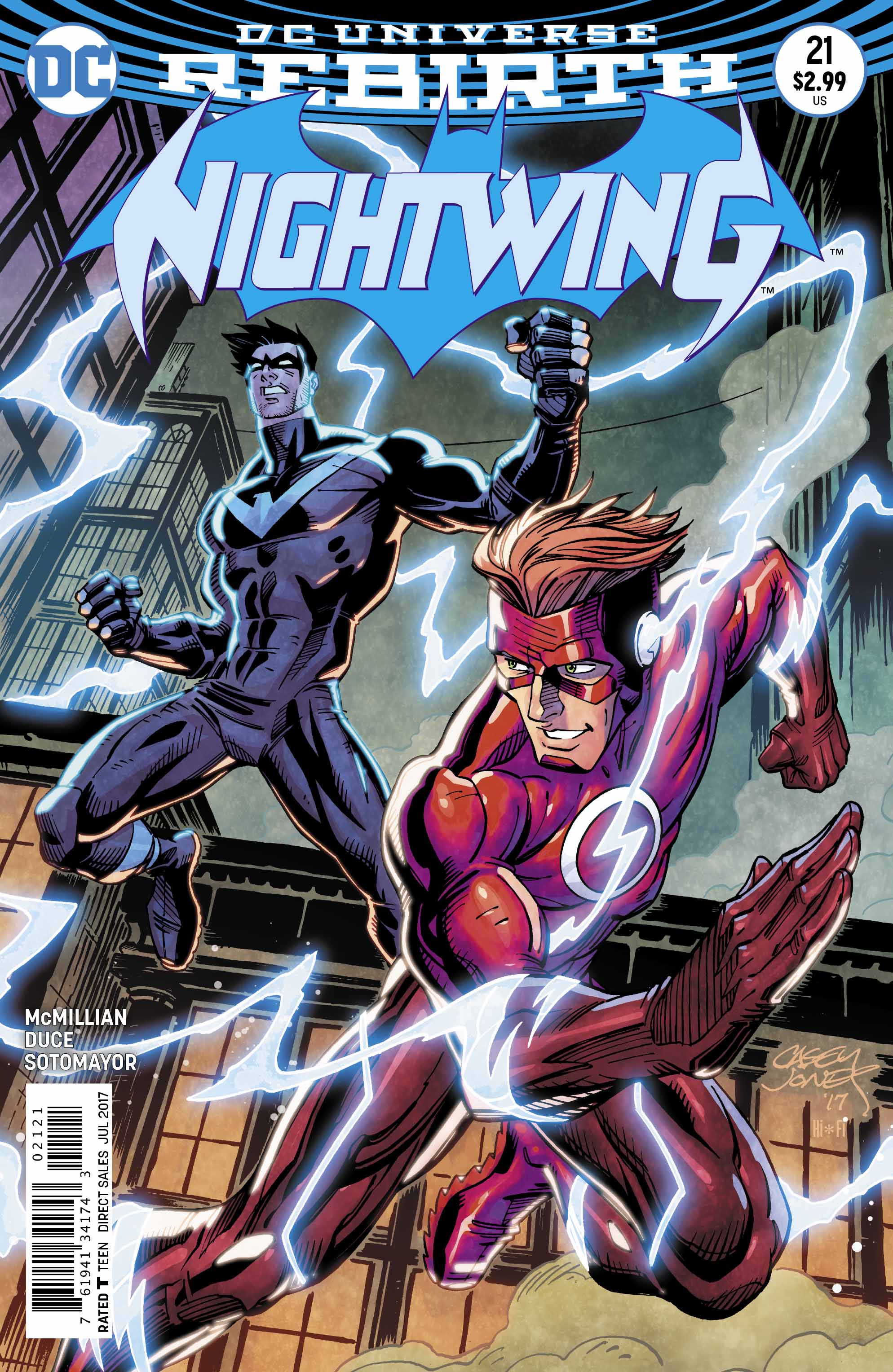 As mentioned earlier, we are missing one of the three regular artists for this series and instead have Christian Duce for this issue. The way that Duce captures not only Dick but Wally as well is just brilliant. This entire issue looked great, and also featured colors and letters from Sotomayor and Mangual respectively, just like always. I’ve often stated that Nightwing has one of the best creative teams in comics today, and this issue proved that even when it’s shifted slightly, this statement still holds true. I would highly recommend this issue – especially as a jumping on point for new readers – and with Seeley’s run from “Better Than Batman” through “Nightwing Must Die” all tied up neatly last issue, I suspect that this was the intention. This issue was just a lot of fun and reminded me why I love these character so much.

This weeks issue of Nightwing proved that you can have a one-off issue in between arcs still be just as fun as the arcs themselves – something that a lot of other titles in comics today seem to have forgotten. I was worried about the shift in creative teams, but honestly, this issue felt just as fun as this series has always felt, and that consistency is one of the things that draws me to this book every two weeks when it hits shelves.