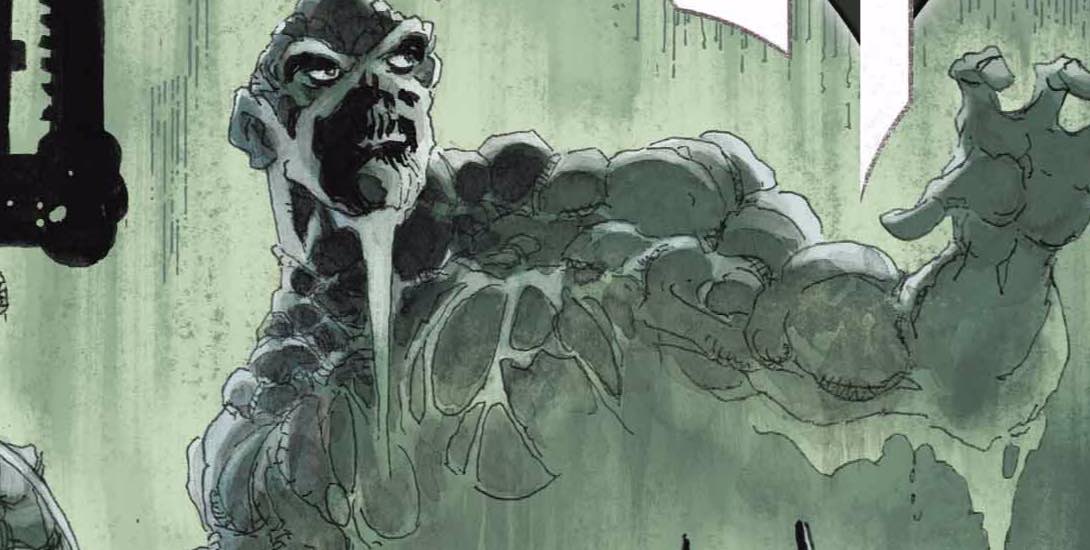 “The Brave and the Mold” 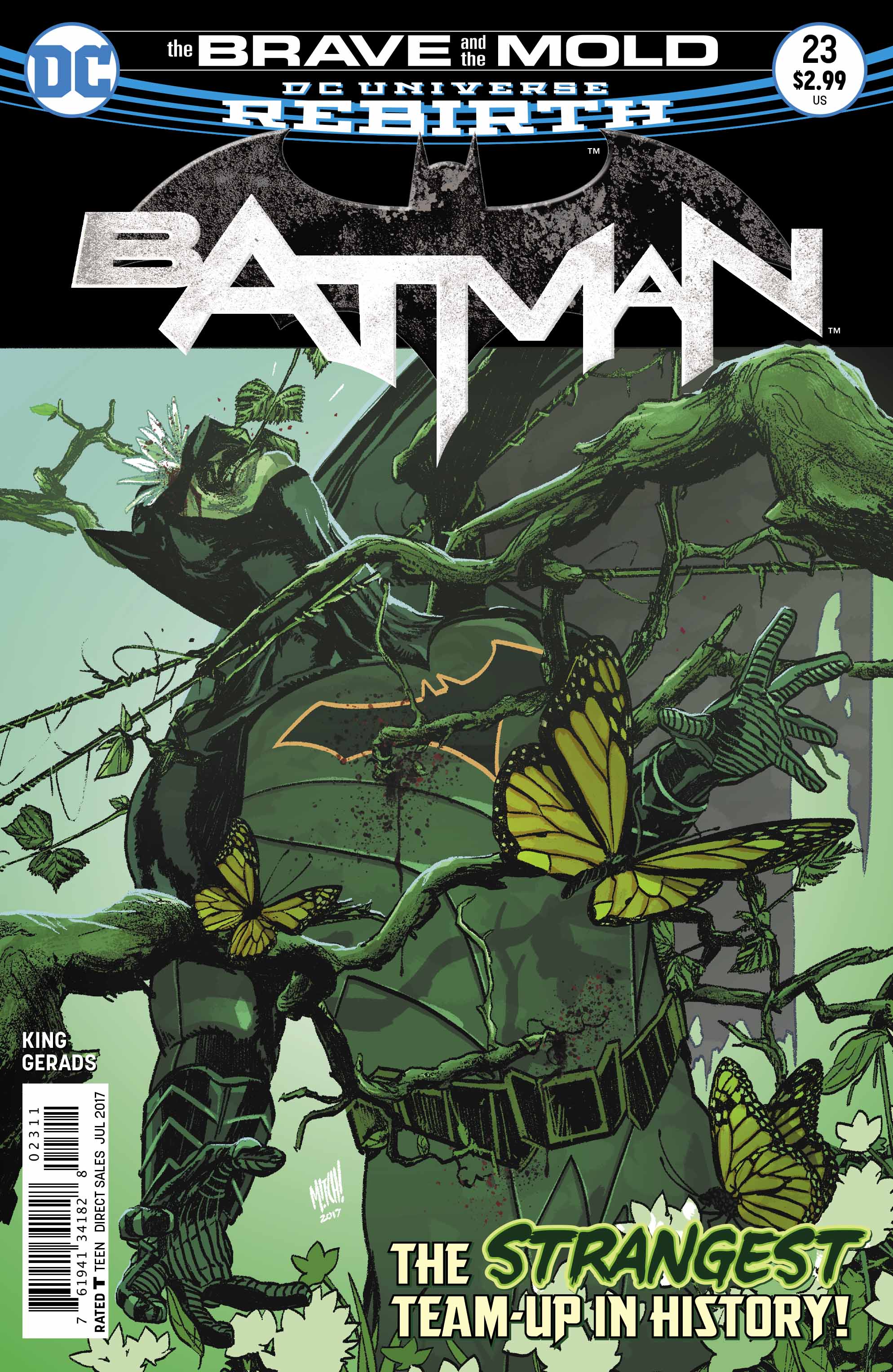 Tom King demonstrates how to write a fun, idiosyncratic team-up comics as Batman partners with the Swamp Thing to track a murderer.

King once again proves how versatile his writing. The previous issues featured Batman teaming up with a different DC hero, but the tonal difference is completely different. Just as King homaged The Watchmen’s story structure in “The Button,” he apes Alan Moore’s Swamp Thing structure and tone. Not to say that the comic is droll. There are comedic bits peppered throughout the story, including an amusing scene featuring Kite Man (“Hell yeah!”). The issue also does a superb job highlighting the differences of Batman and the Swamp Thing. Batman is more black and white in his thinking. The Swamp Thing is more concerned with the cyclical nature of life and death. This difference drives the plot and the central conflict throughout the story. 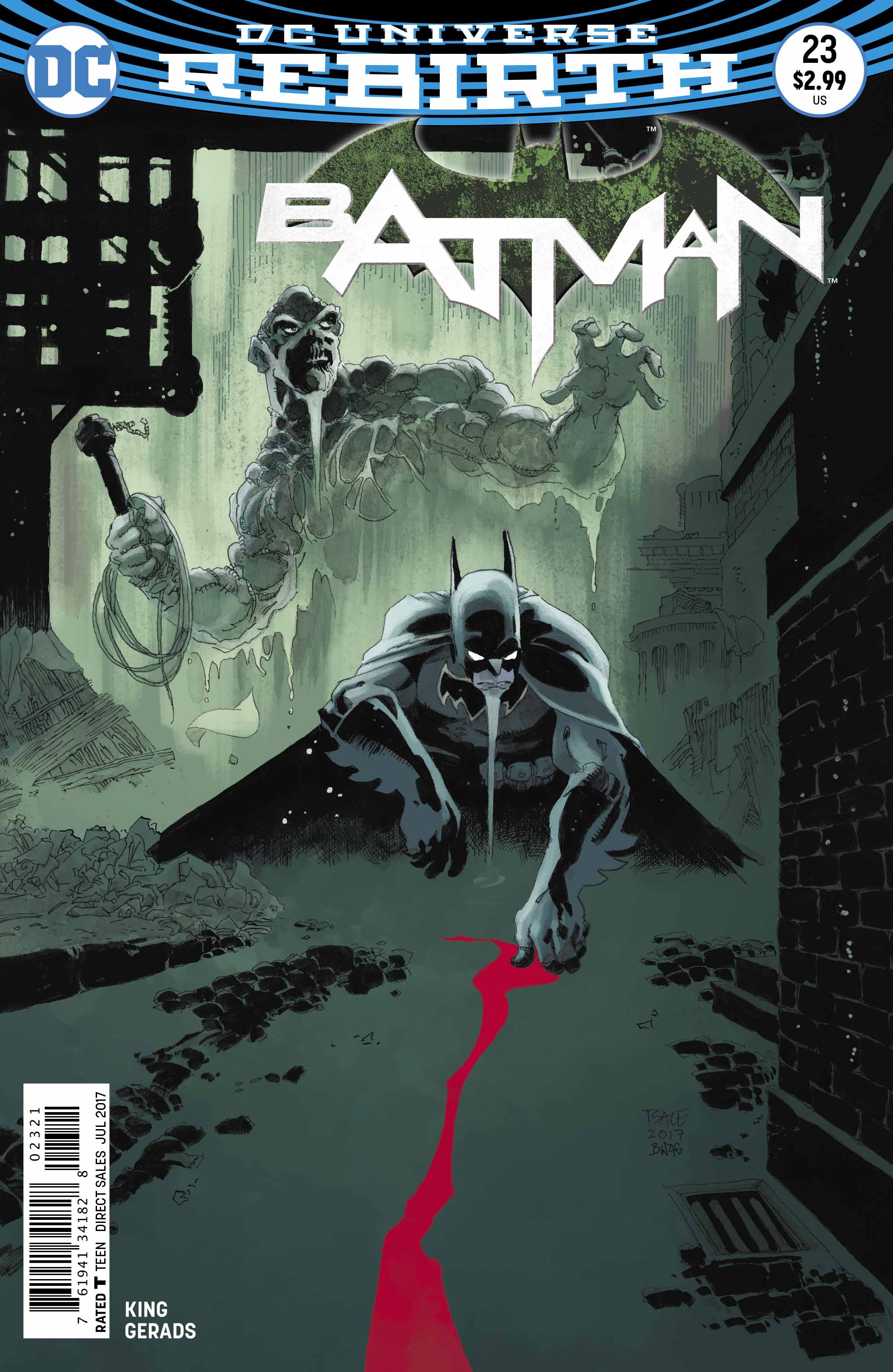 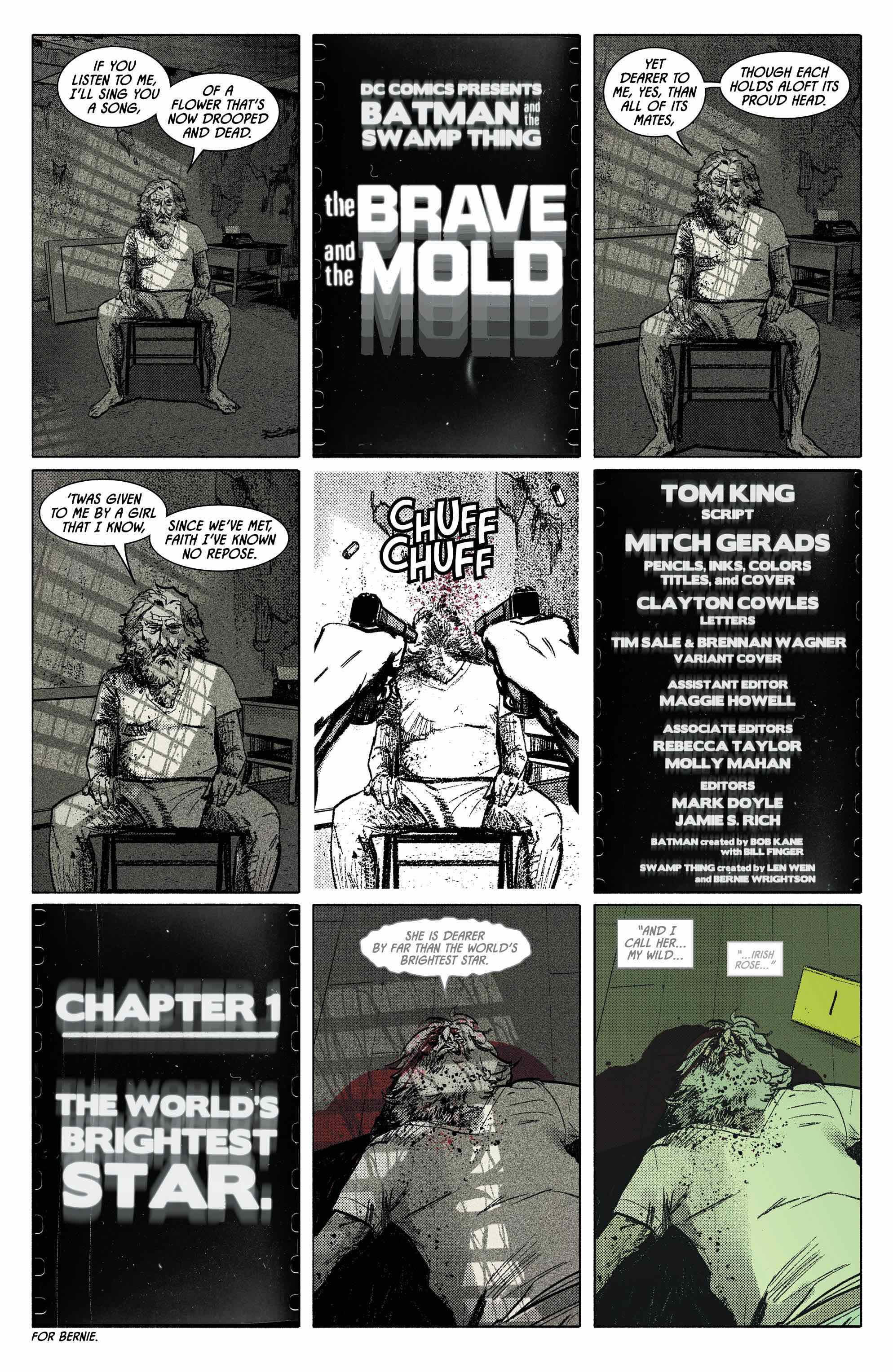 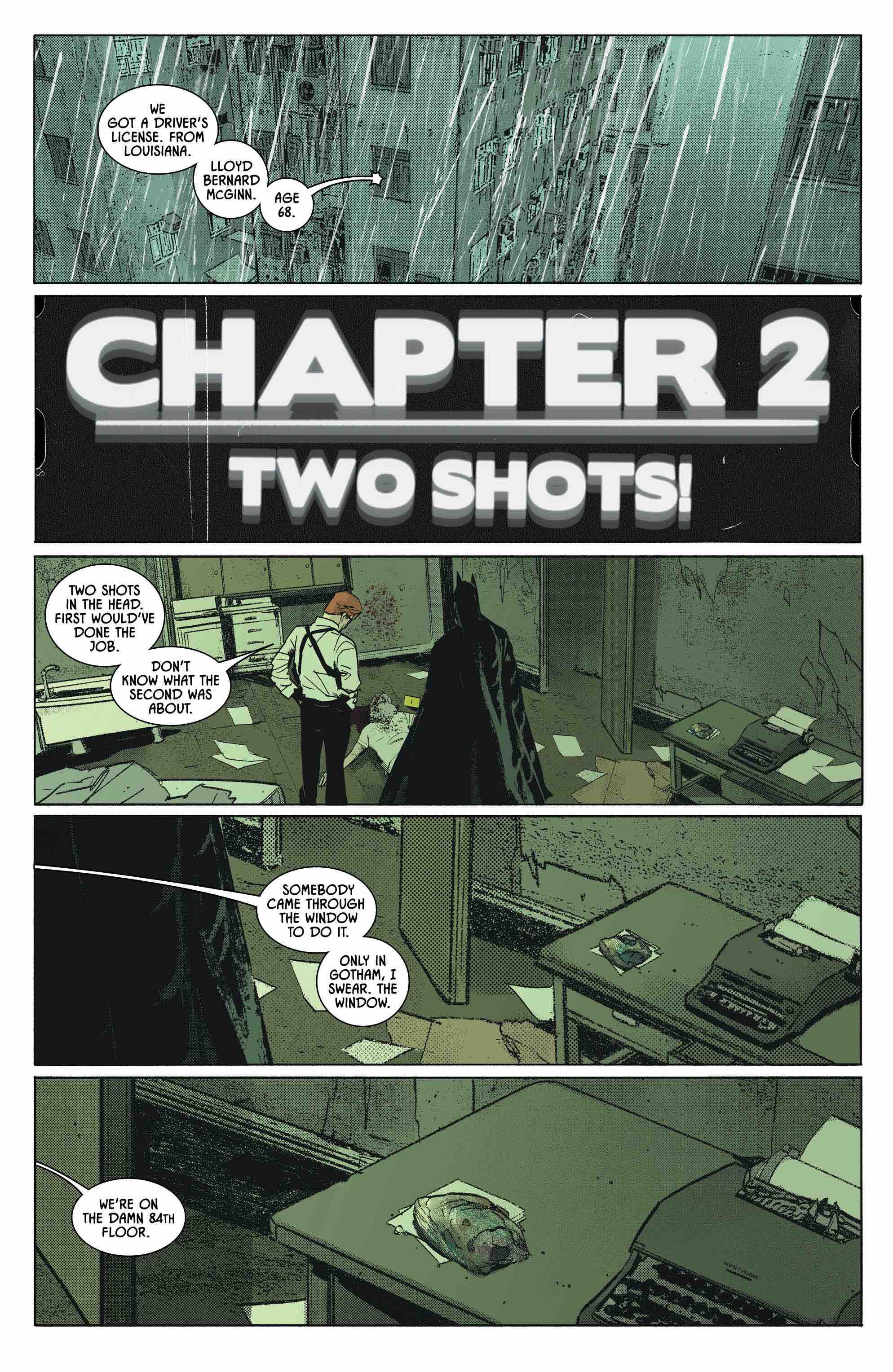 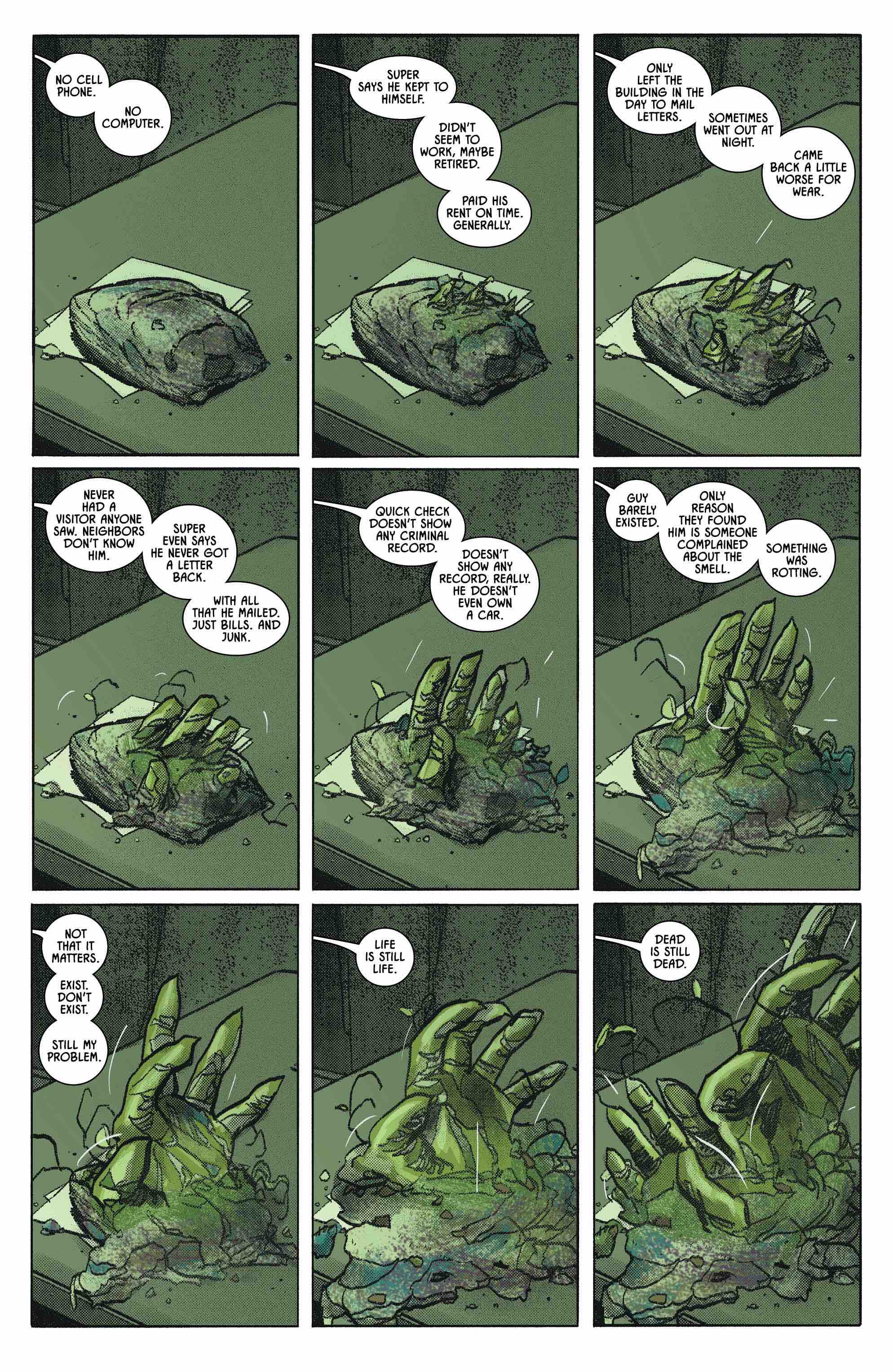 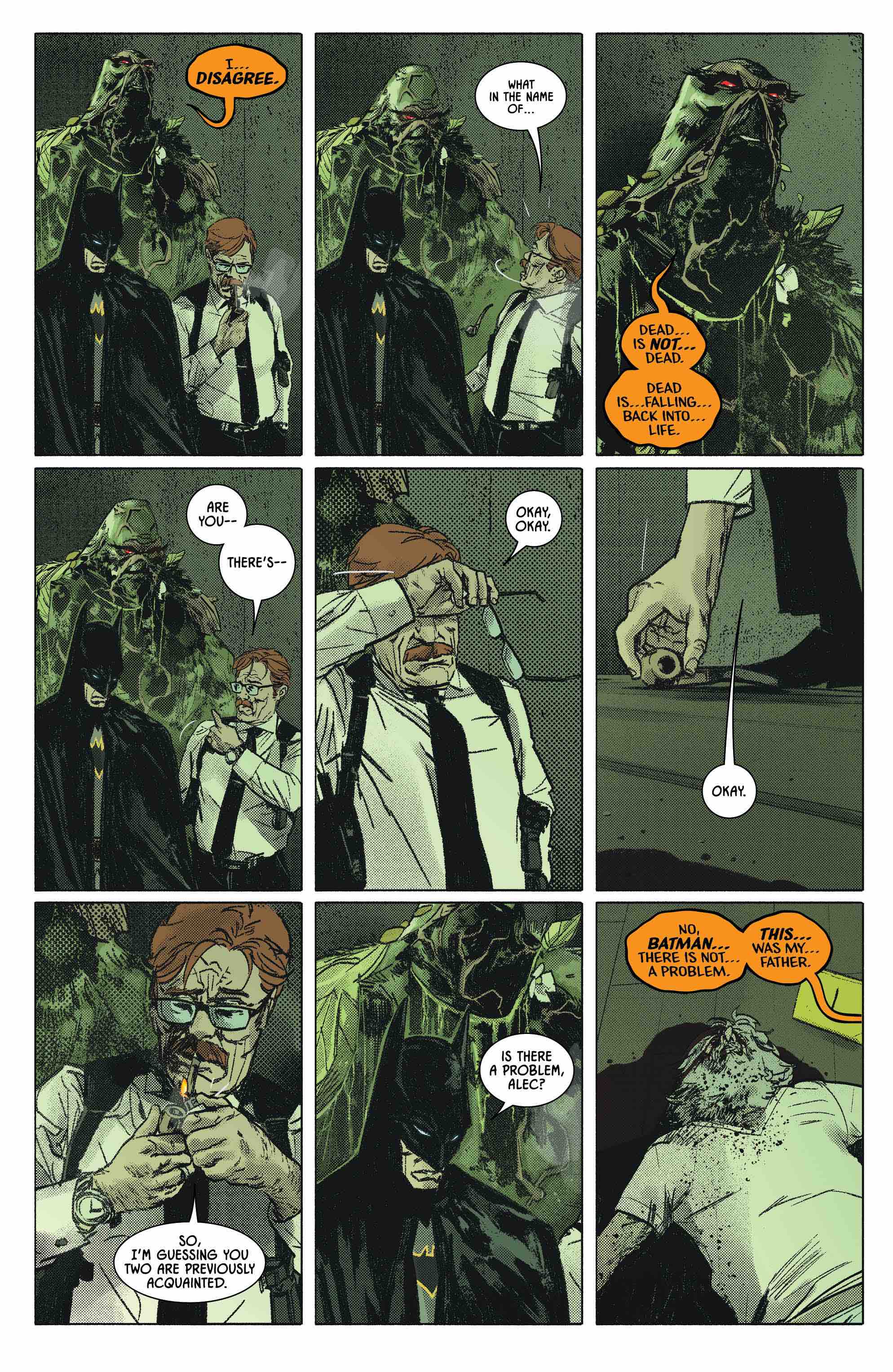 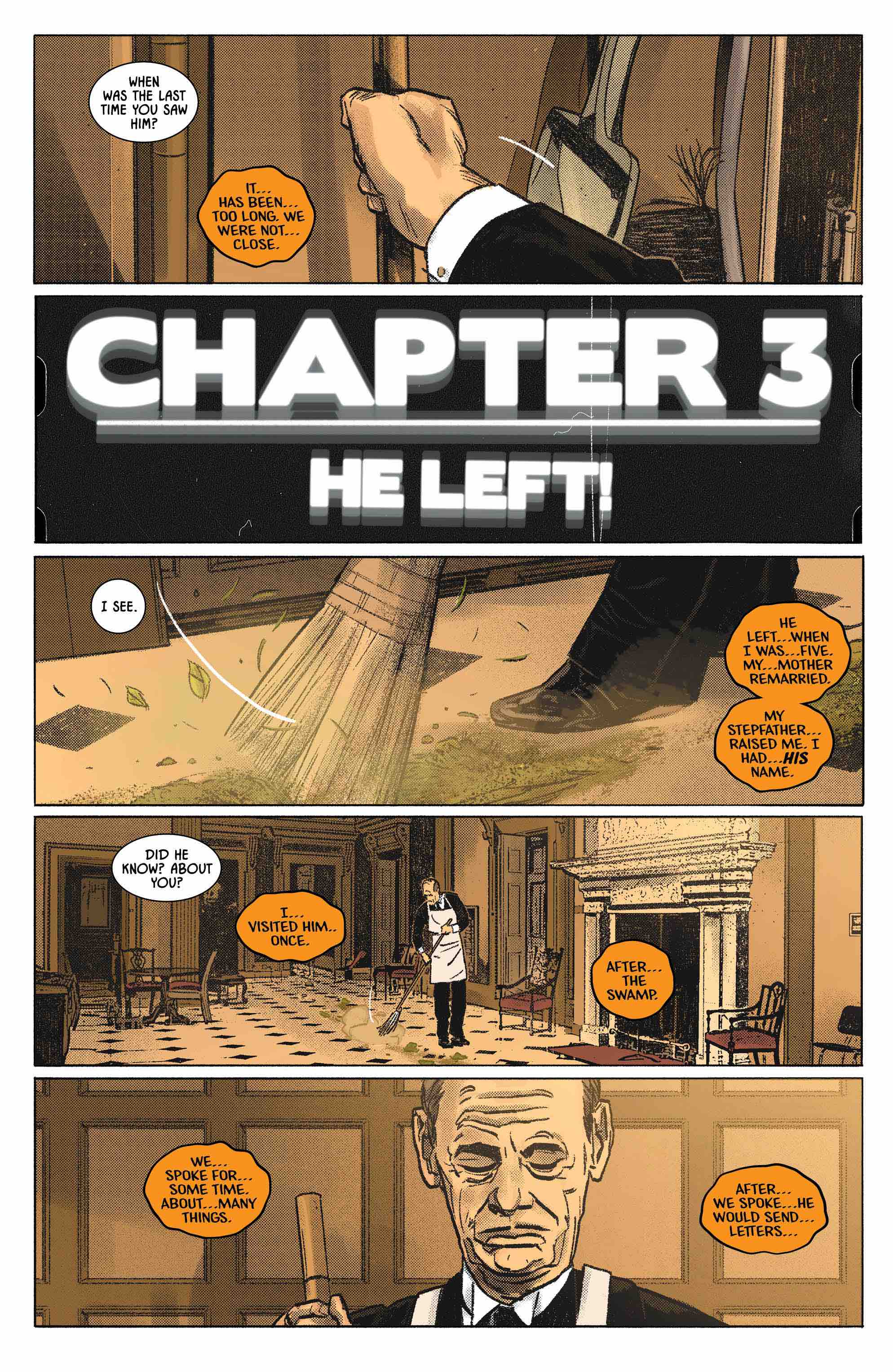 Part of the reason why the issue works so well is because Mitch Gerads’ peerless art. Gerads has always been an amazing artist, but he took his craft to the next level. He elevated King’s script with his best impression of Bernie Wrightson’s art. Beyond penciling and inking the issue, Gerads also did the chapter letterings and colors. They are thankless extra tasks, but it really makes his art stand out. His style is gritty, yet refined in certain areas. The final result looks like it was drawn on a dirty old film reel.

While the majority of the comic was great fun, it also ends rather abruptly. There is a build-up, but no real resolution to the central conflict. The ending leaves Batman hanging in a precariously emotional place, with no promise of follow up. It is especially strange when one considers the emotional aftermath of “The Button” and the “I am Bane”stories. It would be great to see all of those storylines tie in together in the near future, but I strongly suspect that will not happen.

Despite a truncated ending, “The Brave and the Mold” was brief, amusing story with plenty of action, beautiful art, and funny bits to enjoy.