“Burning Down The House,” Part Four 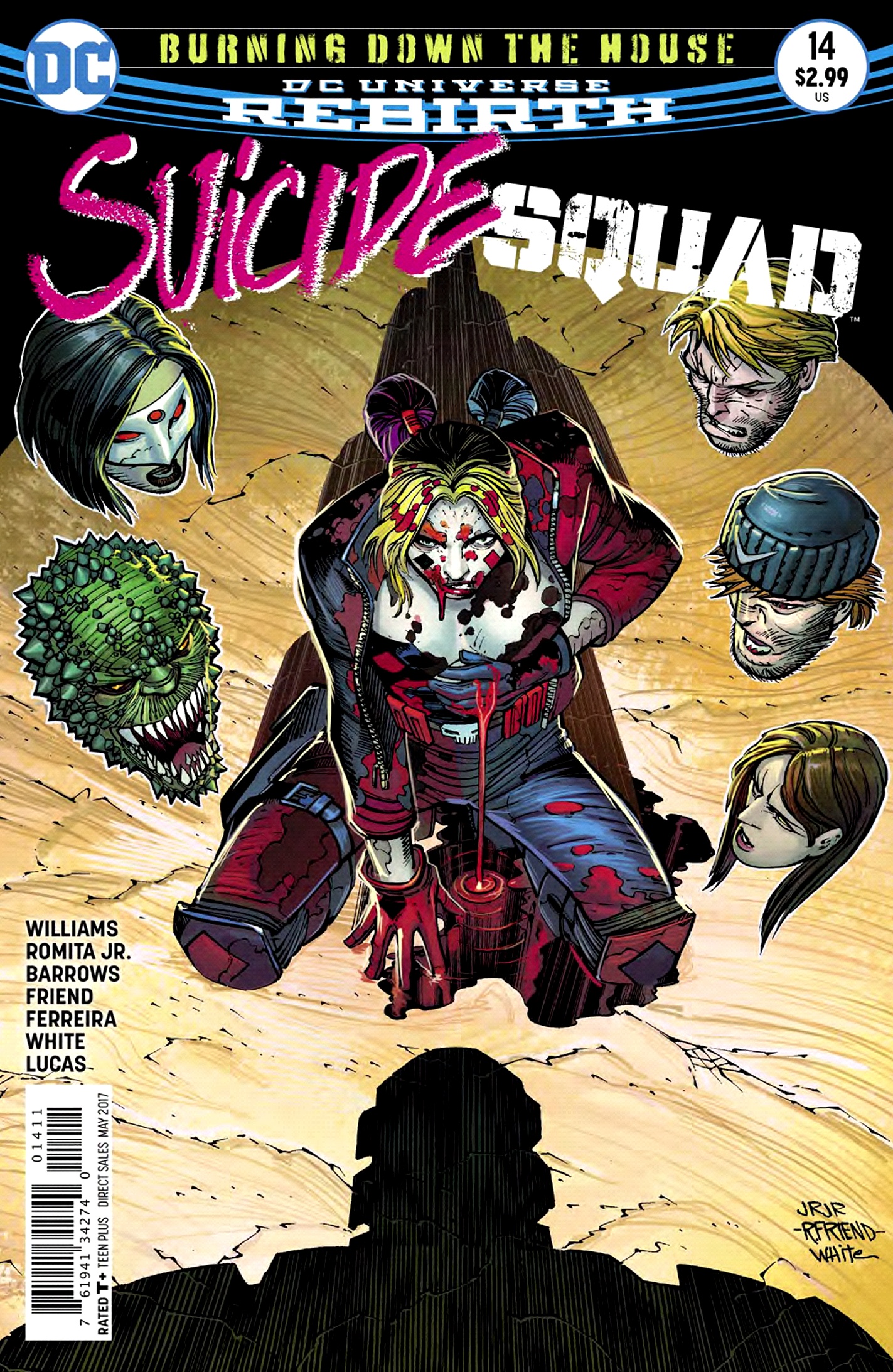 The Suicide Squad has been destroyed from within. Three traitors have killed two team-mates and Rustam’s infiltration has disabled the kill switches that kept our favourite team of anti-heroes in check. What the heck else can go wrong?

Rob Williams is really keeping the momentum going. We’ve now seen three characters we previously trusted, well… as much as you can trust super villains, turn on their own. While the name of the book clearly tells us that we should’t count anyone as safe, when characters die it can still be shocking. If handled properly. In lesser hands these stories would not deliver in the way that Rob Williams and his art teams have.

When characters are murdered by their own team-mates, the stakes are raised and the reader’s emotions are assaulted all the more. 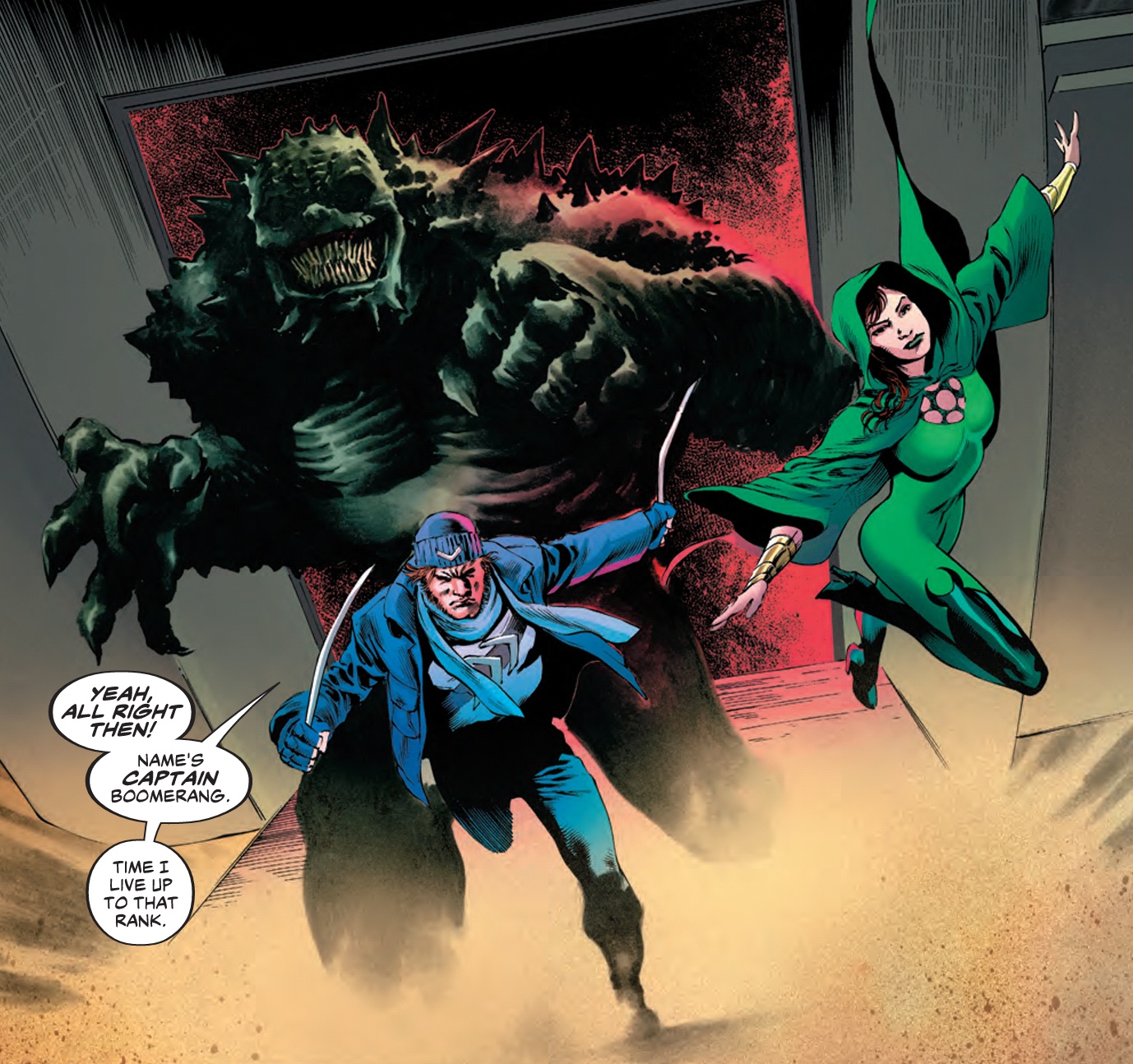 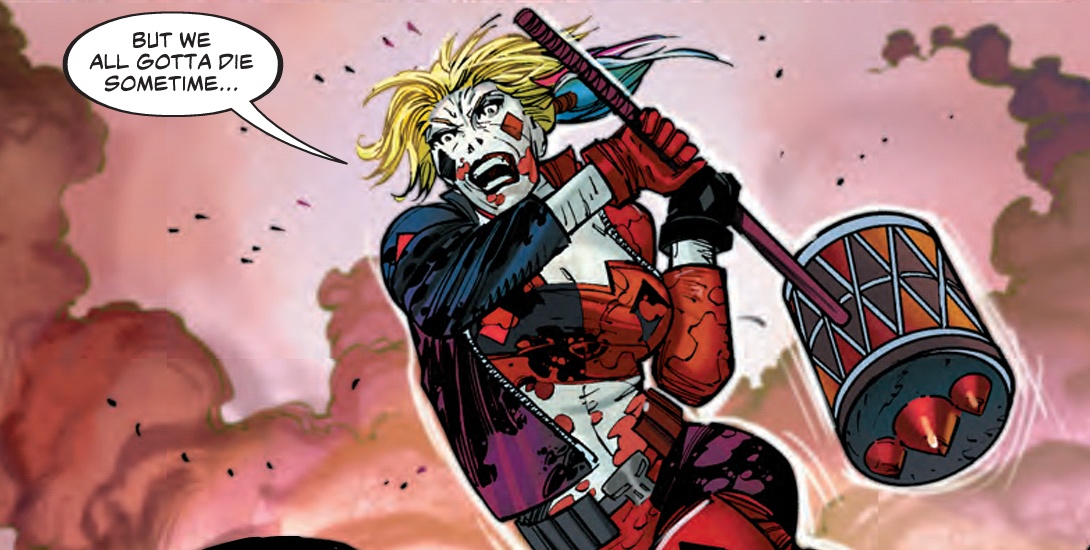 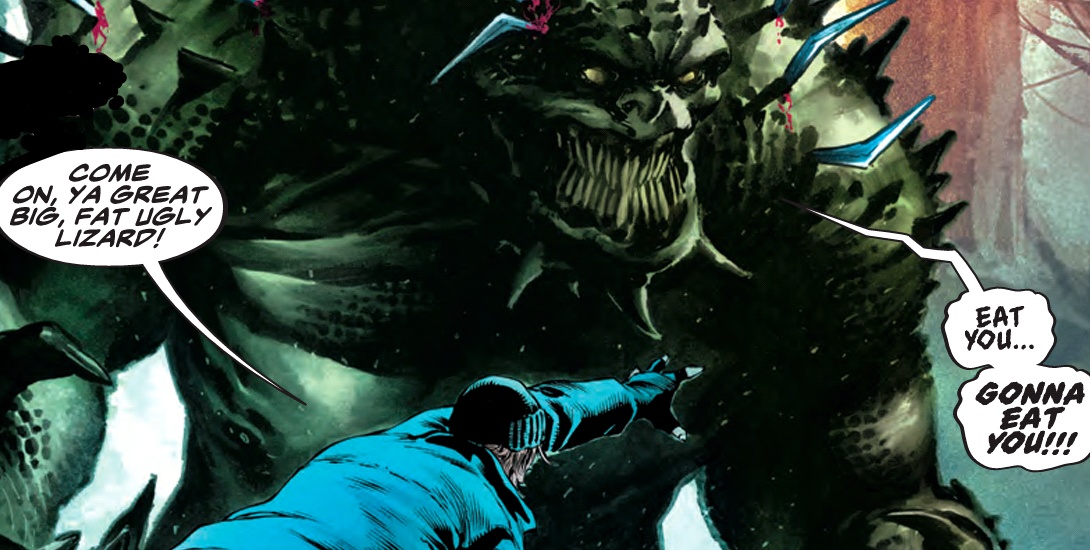 Once again the split in two format of this book shows us the state of the team in a fresh and interesting way. Harley’s rage and conflict beautifully illustrated by John Romita Jr. and Richard Friend in the first half of the issue; all angles and shadows, gashes and blood. The second half of the book shows the rest of the team coming to terms with their situation, the repercussions of their actions and how they decide to move forward. This chapter is smoothly drawn and coolly laid out by Eddy Barrows and Eber Ferreira.

Every comic book fan knows that a death in comics is rarely, if ever, permanent. In some cases when characters die and come back it can be a real groan-fest at best or emotionally draining and anti-climactic at worst. Rob Williams is clearly a deft hand at bucking the trend. Since the DC Rebirth, Mr. Williams has already “Killed” one member of the team and brought him back, so the issue’s denouement shouldn’t be a surprise. The end of the comic comes so brilliantly out of left-field, that I can’t hep but once again tip my hat to the man.

I really shouldn’t be surprised after reading comics for over 40 years, but DC is on a roll. I read the old Ostrander Suicide Squad comics back in the day, but only dipped in and out of the subsequent reboots. The work of Rob Williams and the gang is refreshing and really keeps me coming back for more. Suicide Squad #14 gets another solid: