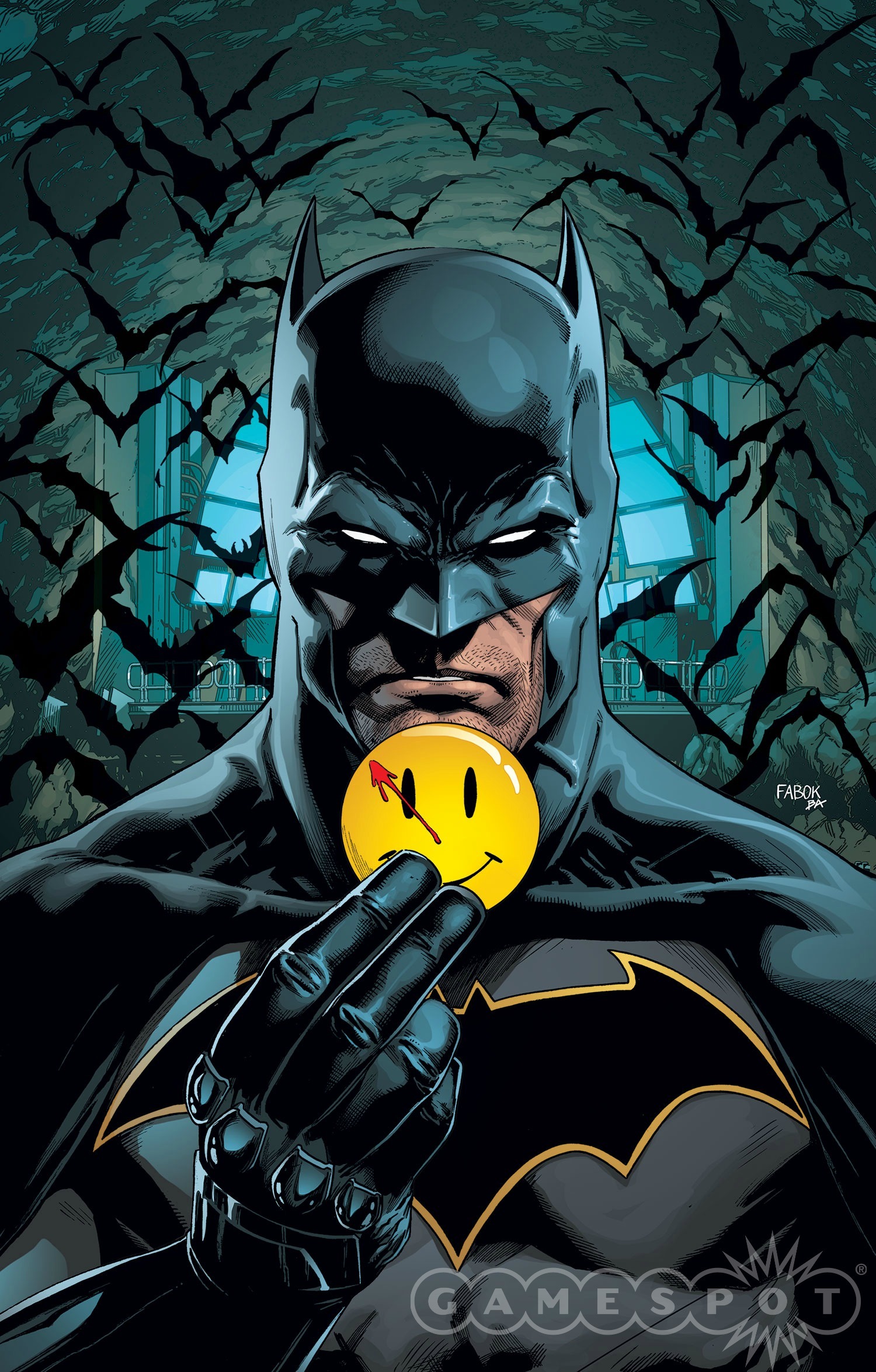 The opening chapter of the much-anticipated “The Button” crossover provides both high-octane action and a killer cliffhanger that leaves readers begging for more.

Writer Tom King surpasses expectations with his build-up of The Comedian’s smiley face button from Watchmen. He slowly unveils the enigma of the button in a very engaging way. Not much is revealed about it, but we are shown glimpses of its powers. What is an even more impressive writing feat is how King pulls multiple plots from different storylines together.  The button is shown to be related to the Psycho Pirate storyline from Batman and the mystery of the Legion of Superheroes as teased from DC Universe: Rebirth #1. In addition to those story threads, King also makes references to Flashpoint and the ongoing story from The Flash. Each plot point is masterfully intertwined with each other, so they do not feel disjointed. To say that King did a good job making a cohesive narrative is an understatement. 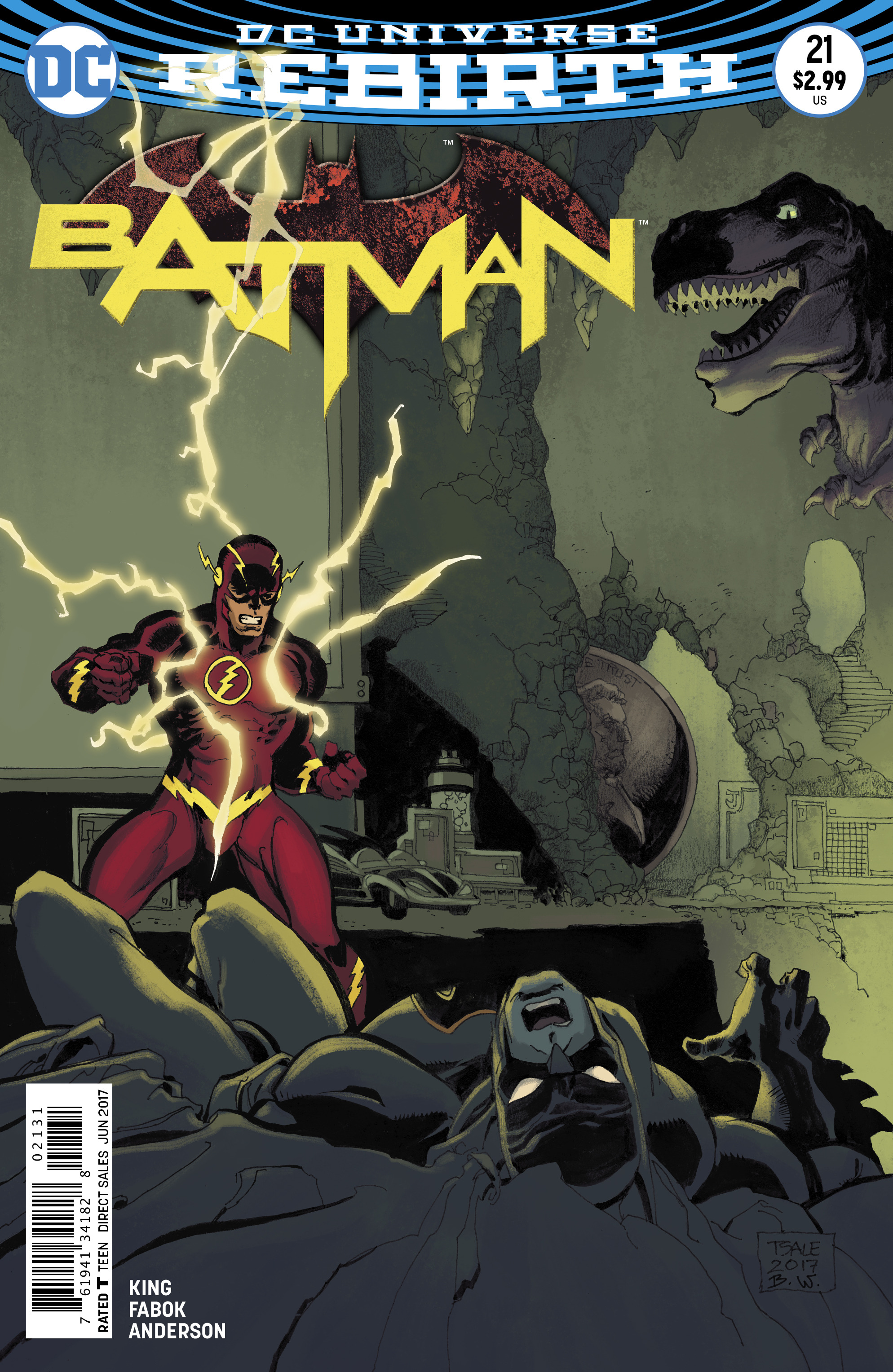 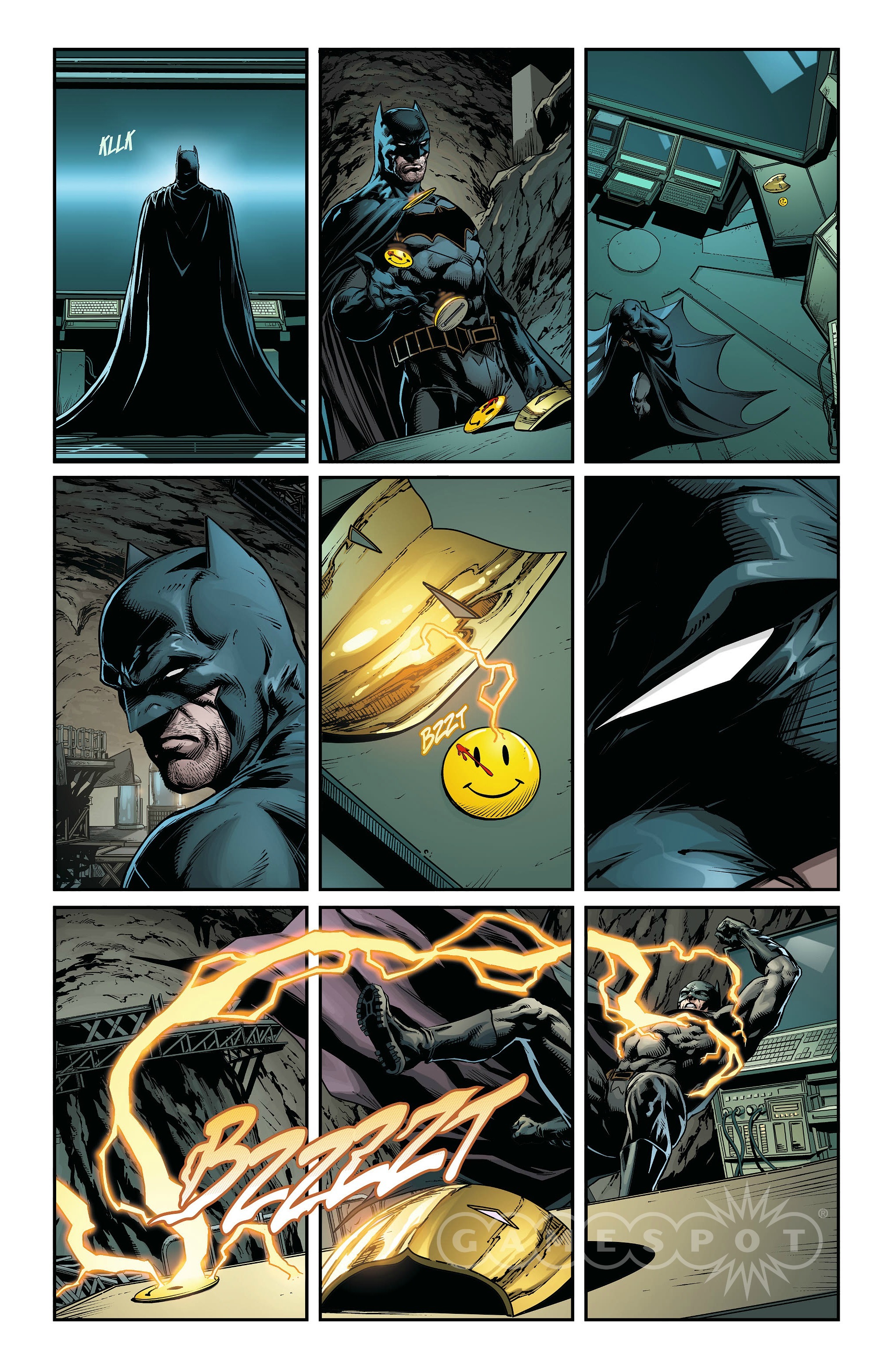 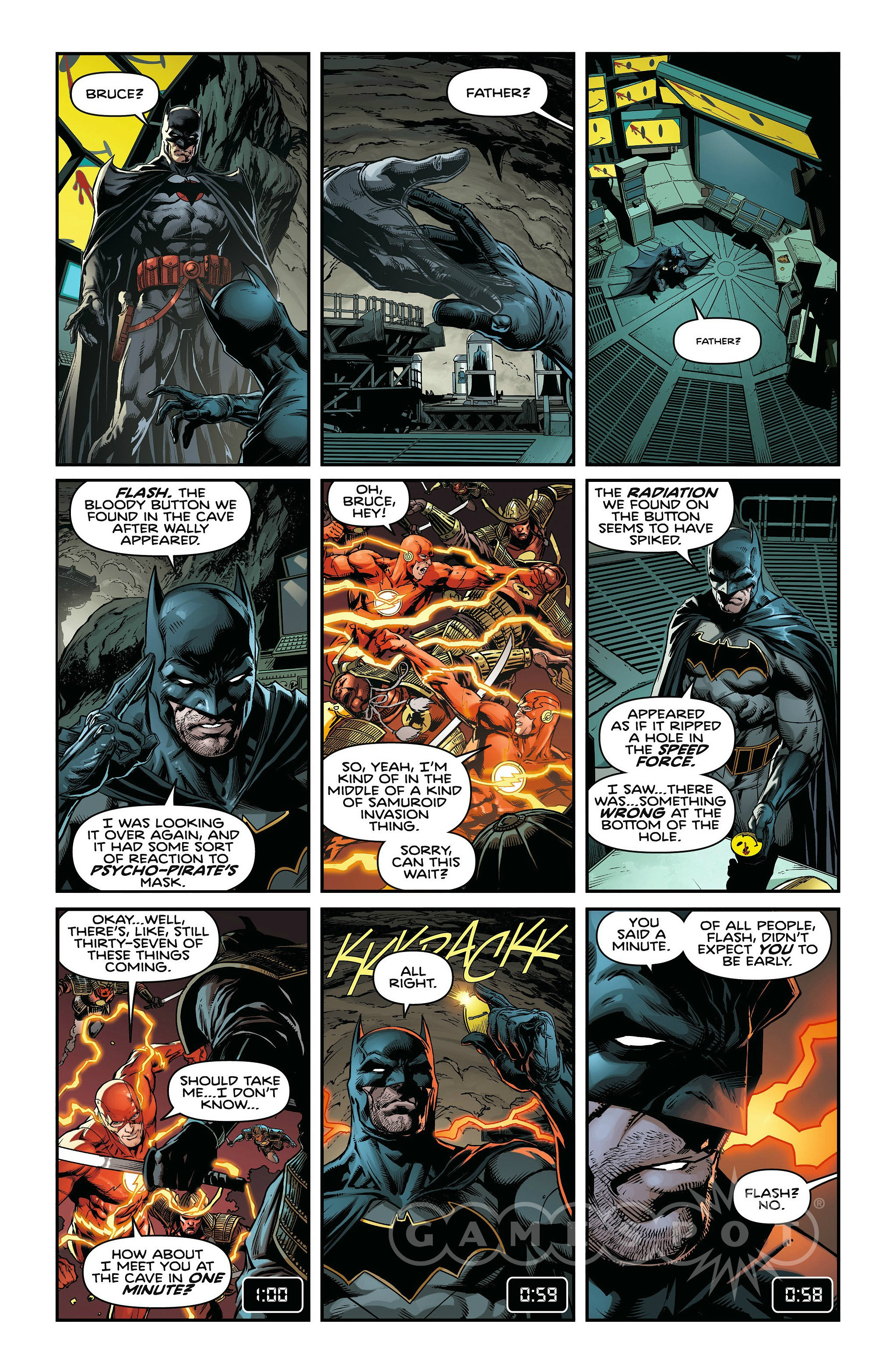 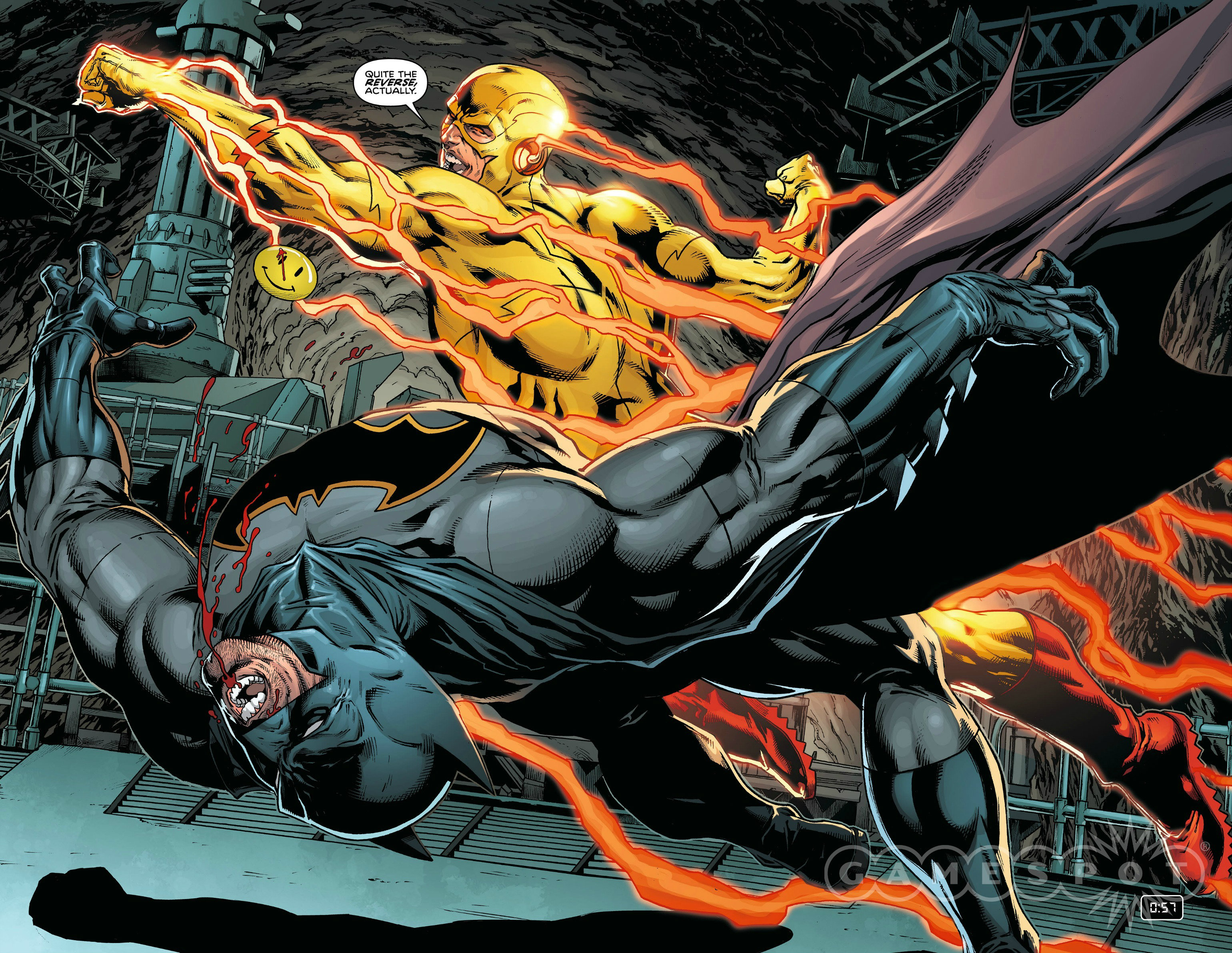 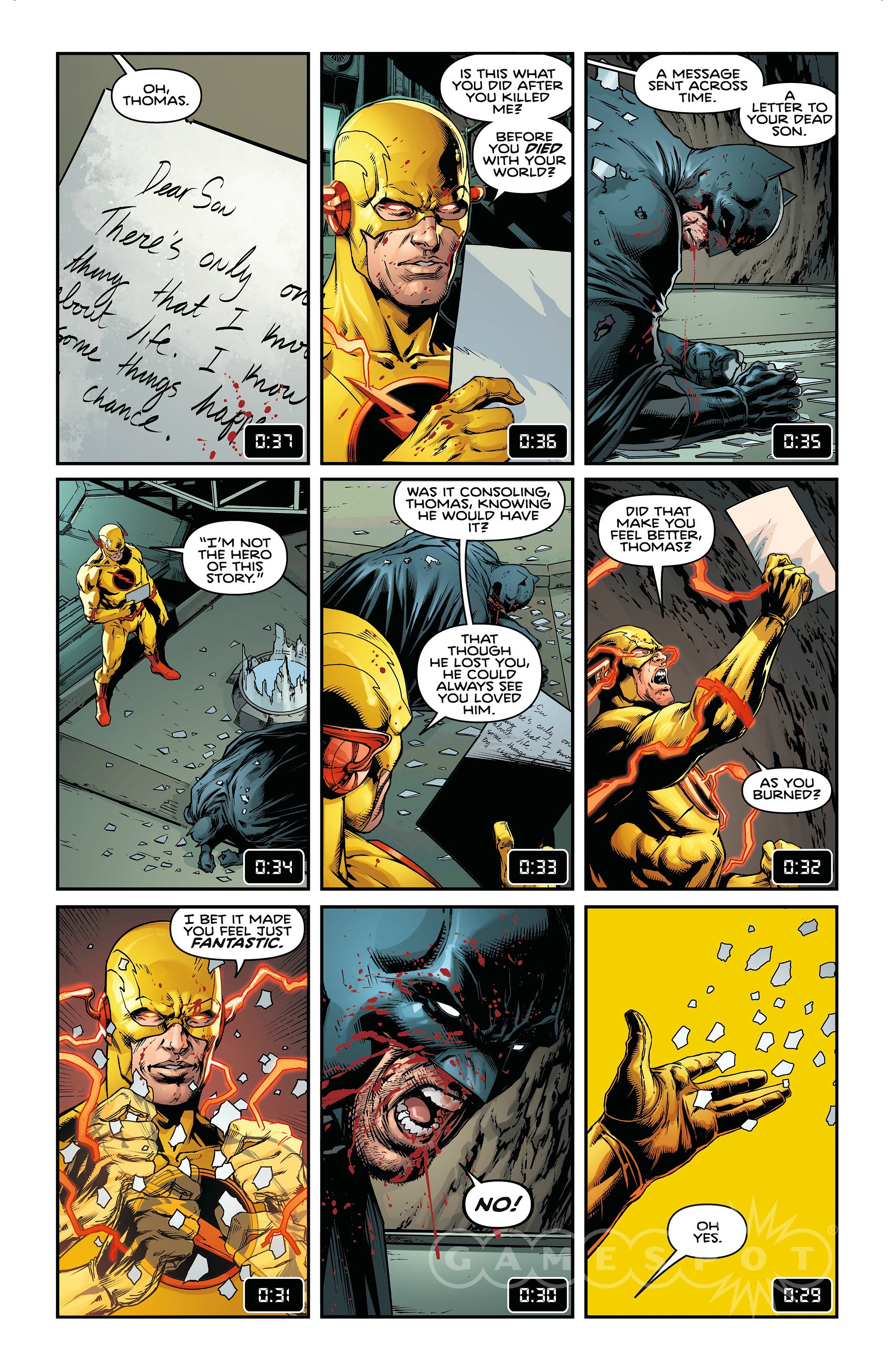 Of course,  the Reverse-Flash makes an appearance too. This issue showcases a lengthy battle between Batman and the Reverse-Flash. The two rarely – if ever – meet. In fact, the last time they were even in the same comic together was when they briefly met way back in 2007’s Green Lantern: Sinestro Corps Special #1. It is always interesting seeing Batman go up against different heroes’ villains. Here, the Reverse-Flash is shown as a credible threat to Batman. The Reverse-Flash delivers Batman an emotional beatdown that has never been seen, along with demonstrating his physical superiority. Overall, their fight is a fun match-up that shows off both of the fighters’ capabilities.

And then there is Jason Fabok’s art. It is wonderful. His detailed style elevates everything, whether he is drawing a hockey game or the Batman/Reverse-Flash battle. What is even more interesting is how he incorporated the 9-panel grid into the majority of the issue. It works doubly well because it conveys the quickness of the action, while also deliberately homaging The Watchmen’s storytelling style.

There is not much to really fault in this particular issue. If I were to nitpick, the issue is essentially all set-up for the rest of the storyline. In that sense, it does feel a little slow. But honestly, with so many plot teases and action that is occurring, it is easy to forgive King for not revealing too much plot.  Also, the Flash barely made an appearance in the comic. That is a little odd since it is touted as an equal-starring Flash and Batman story.

The first issue of the Flash/Batman crossover is near perfect on both the writing and artistic fronts. There are some minor quibbles that may detract some readers’ enjoyment, but it is a fantastic introduction to “The Button” storyline.