As with most fighting game sequels, the roster will be populated by characters not present within the first game. Characters such as Gorilla Grodd, Swamp Thing, Blue Beetle and most recently Firestorm will serve as playable characters in the sequel. For any Batman aficionados Injustice 2 will feature the return of classic characters such as Batman (of course), Catwoman, Bane and Harley Quinn. Batman fans will also revel in newcomers Poison Ivy and Batman’s own son, Damian Wayne. However, more characters aren’t the only new additions to this evolving game franchise. 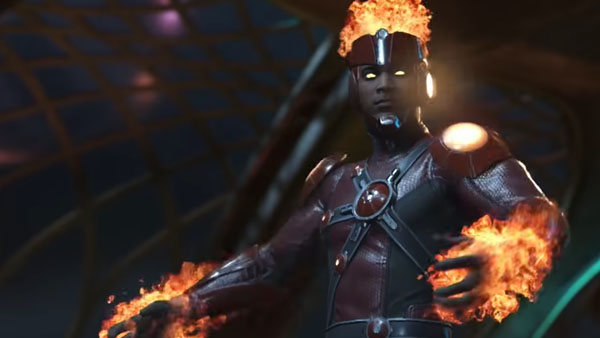 Developer NetherRealm Studios unveiled a feature where players can equip gear onto their characters to augment their abilities. Director and Mortal Kombat creator, Ed Boon, talked extensively about this exciting new feature and what it means for players:

“We wanted to do something unexpected,” Boon explained, adding “that’s when we introduced what we’re calling a gear system, and a gear system is basically costume pieces that you earn throughout the game, as you’re playing all the modes, that you equip your character with and they actually level up your character and make them more powerful, gives them new moves, and makes them stronger, better defence. So you’re in this constant process of improving and leveling up your character and making your own customised version of these iconic characters throughout the DC roster.”

So instead of player’s having to use their own money, the game’s economy will be entirely depended upon in-game currency.

As a fan of role playing games I can’t wait what this exciting new feature will bring to the Injustice franchise.  Usually in fighting games players can only change the character’s appearance via variant skins. But players are finally able to customize beloved characters like Batman and Wonder Woman to their heart’s content.  Injustice 2’s Gear System is not just a bold step forward for the franchise, but for the fighting game genre in general.