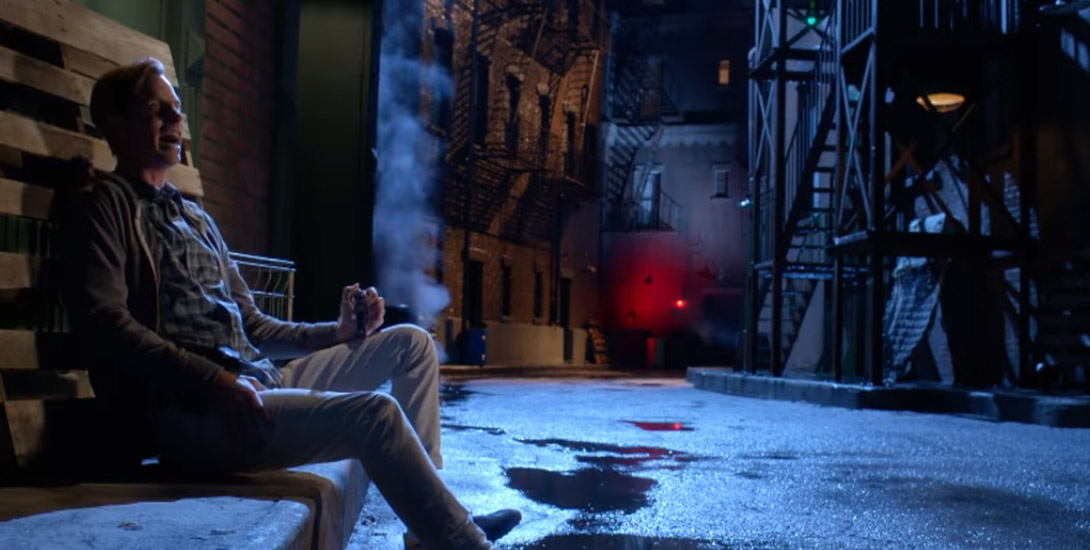 Powerless, NBC’s upcoming sitcom based in the DC universe, is slowly coming in for a landing. The show premieres in just a couple weeks.

With the addition of a decent cast in Danny Pudi, Vanessa Hudgens, and the great Alan Tudyk, it seems that it already has a built-in audience despite how wacky it looks. However, initially, I was a little apprehensive about it. As more promos come out, the more I interested I become. I might just have to add this to my roster of DC TV.

The latest promo is an in-universe advertisement for Wayne Security, where our cast is employed. And it has a great nod to one of the greatest villains in pop culture.

Joker Gas Anti-venom! That’s pretty cool. With the inclusion of Gotham squad cars, I wonder if we’re going to be seeing yet another version of the Joker? Or are they just teasing us?

We’ll have to find out when Powerless premiere on NBC, on Thursday, February 2nd.