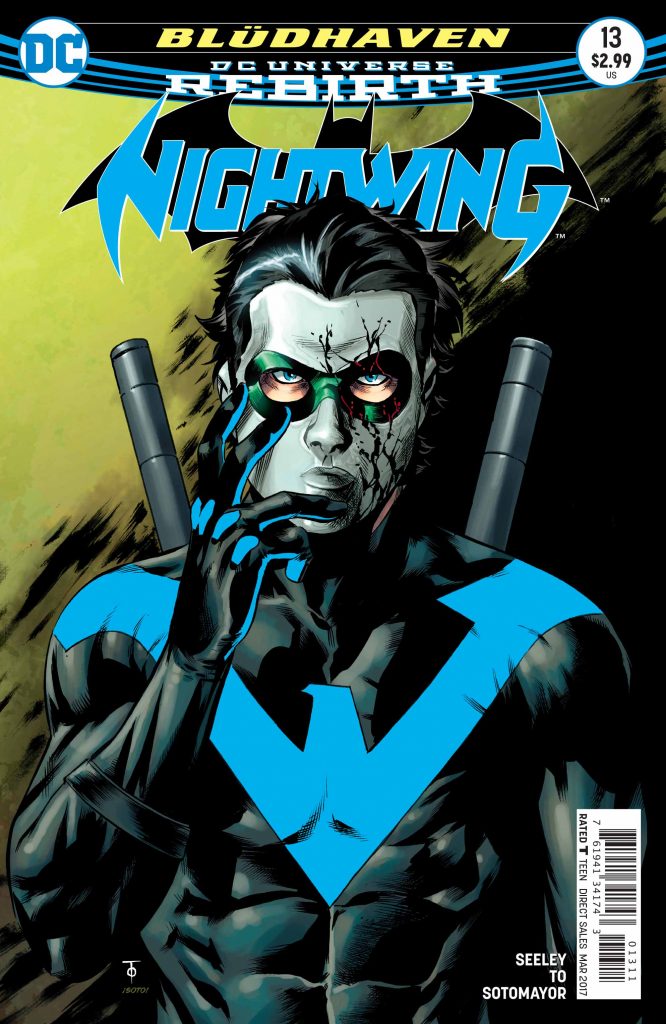 The penultimate issue of Blüdhaven is finally here, and with it comes a twist I called way back in my first review for this arc. I have already mentioned a spoiler warning above but I am going to do it again here – SPOILER WARNING. Okay, you have been sufficiently warned. In this issue, we find out the identity of the villain who has been targeting the run-offs, and it is none other than Jimmy Nice. While I may have called it all the way back when this arc began, there was still a part of me that genuinely believed Jimmy would turn out – well, nice. This came from Seeley’s excellent writing and brilliant way of handling the character he writes. Despite the run-offs being a group of ex-super-villains, you as the reader still feel sympathy for them, whilst also understanding the struggle Dick is going through while working with them. So far, this series has been one of the most consistently excellent Rebirth titles, and all of that comes down to Seeley.

Getting back to good old Jimmy Bad and the twist that accompanies him, one interesting thing I did not see coming was the use of masks and a “super-suit.” Whilst fighting Nightwing in the Mayor’s office, Jimmy is wearing a mask of Nightwing’s face, which Dick sees through immediately, but admits to being startled by. We also see on his belt the masks of Gorilla Grimm, The Defacer and Thrill Devil. With this revelation, all of the seemingly random moments throughout the arc are coming together, and with the loose-ends being tied up, that can only mean one of two things: a happy ending, or a tragic death, and my money is on the latter in this case. The next issue will resolve this arc, and Seeley certainly left us hanging right until the very end. I’m equal parts excited to see the conclusion but also sad to know that this amazing chapter in Dick’s life is ending. 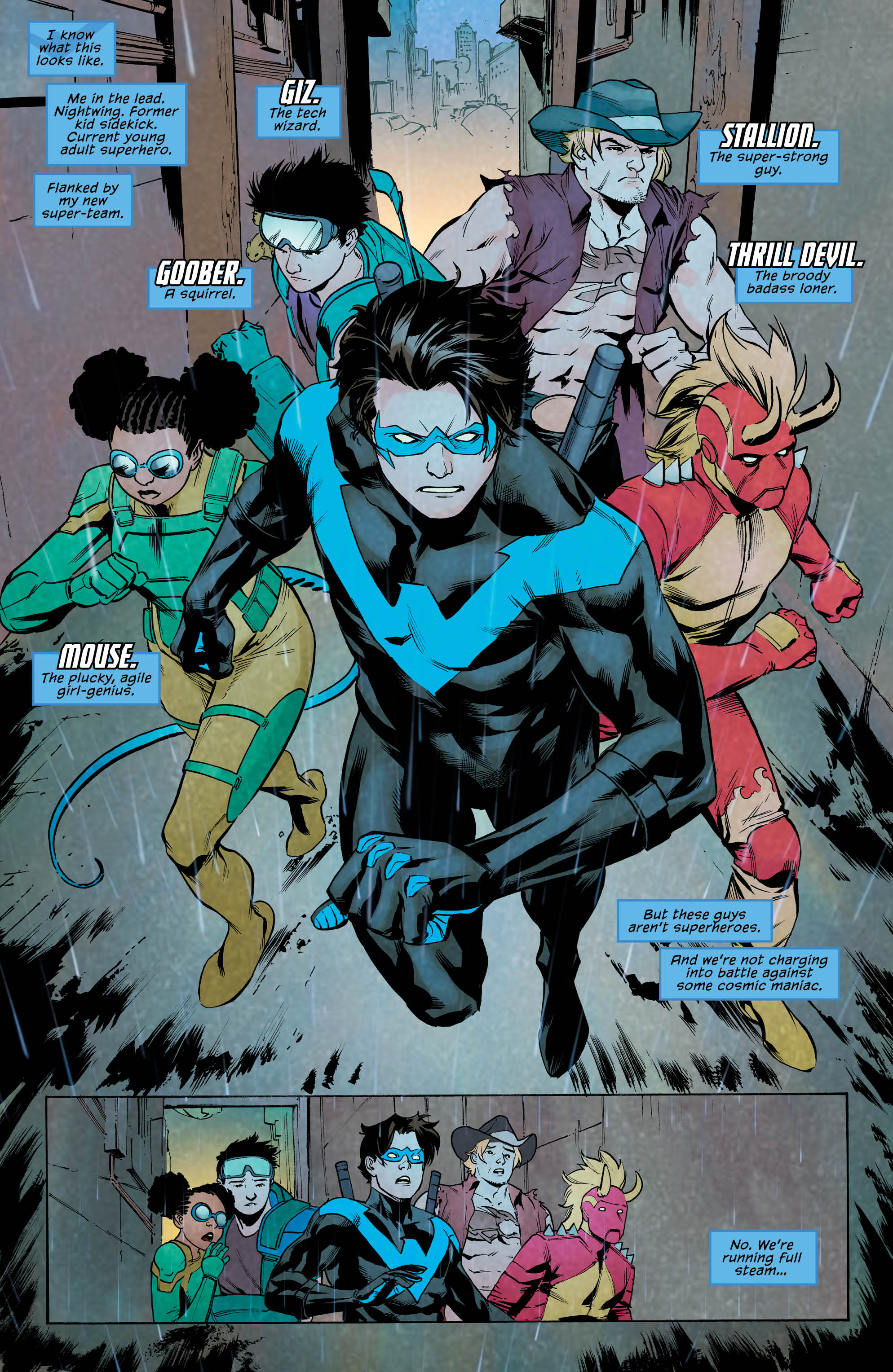 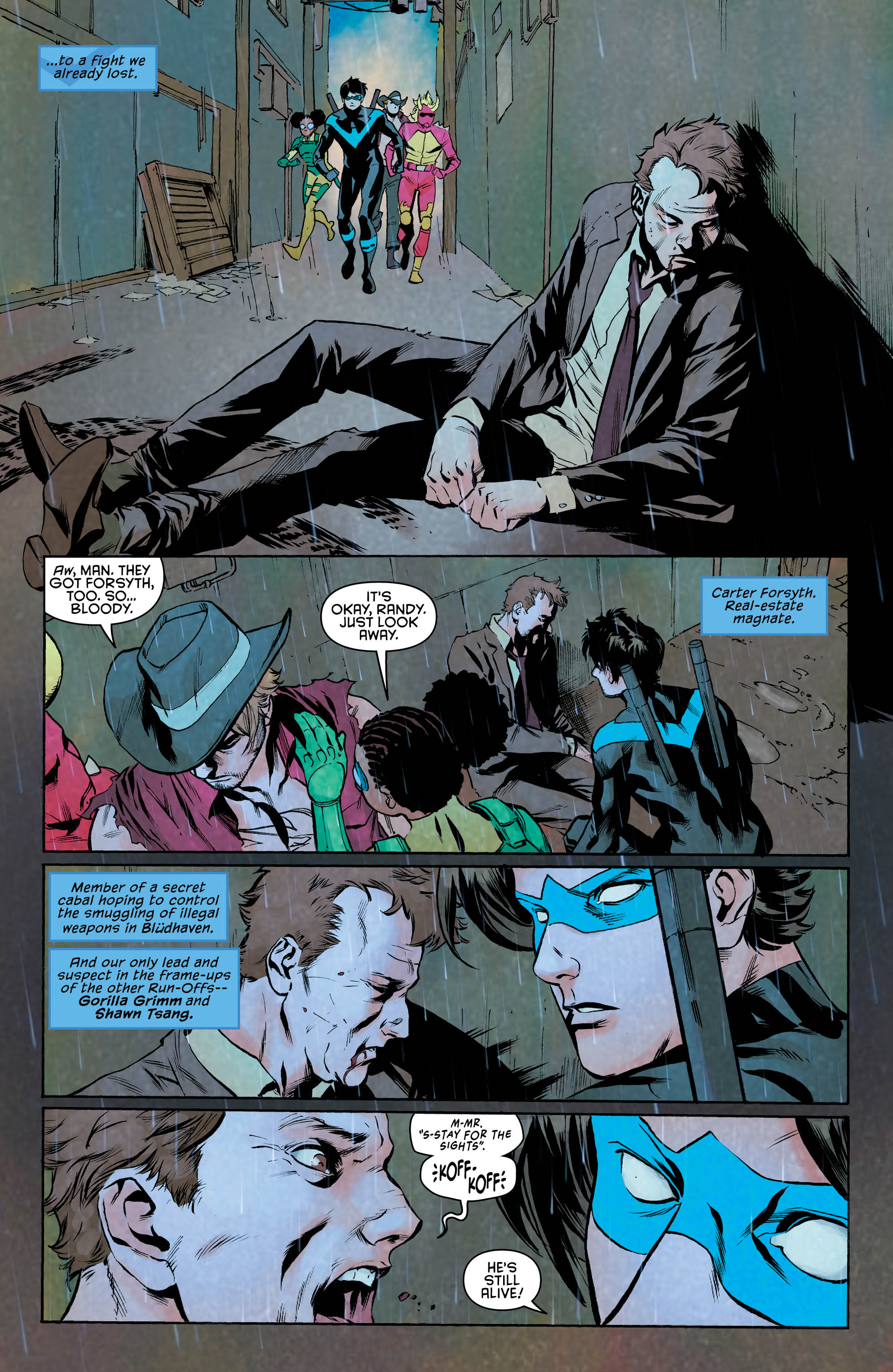 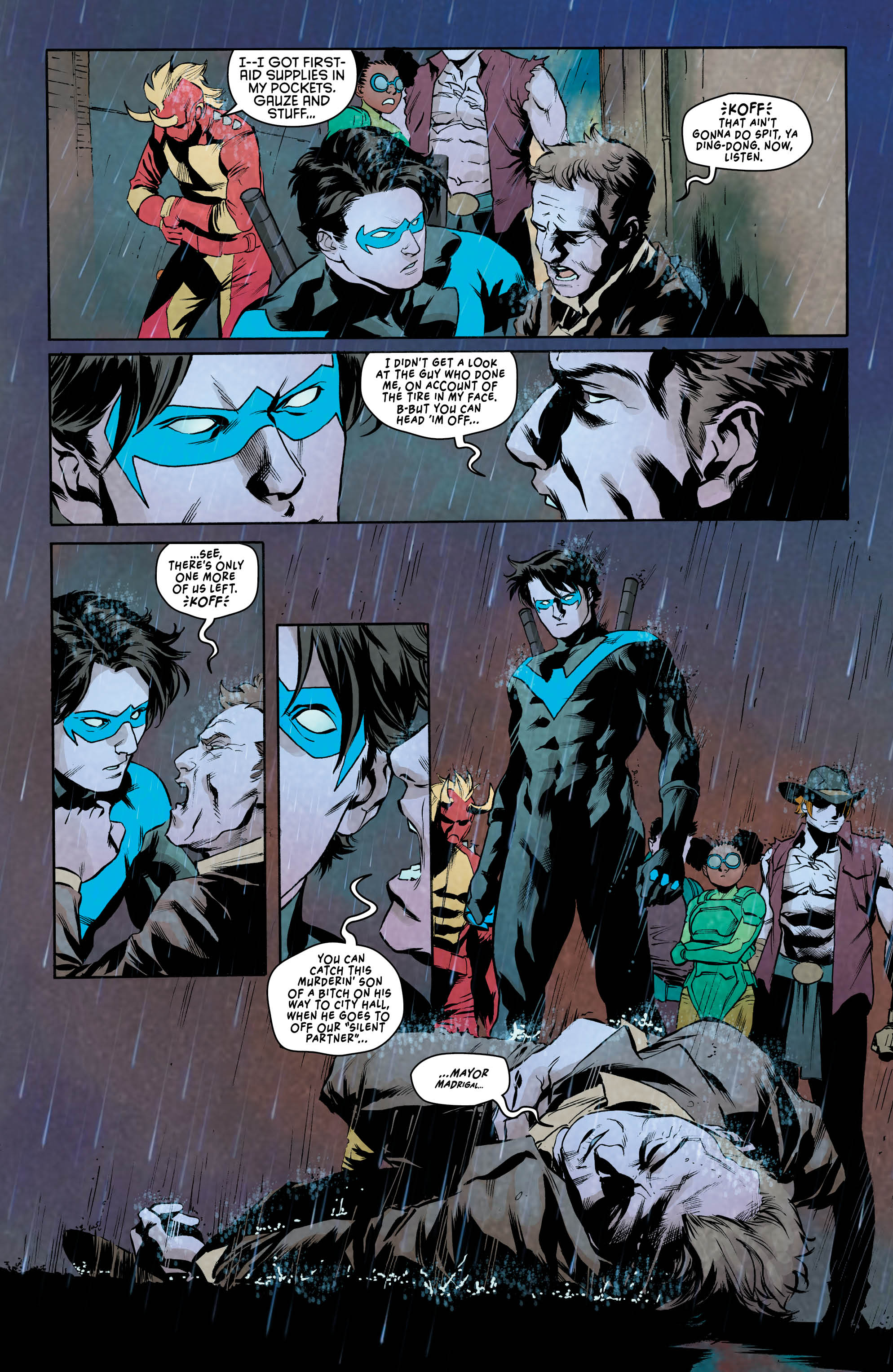 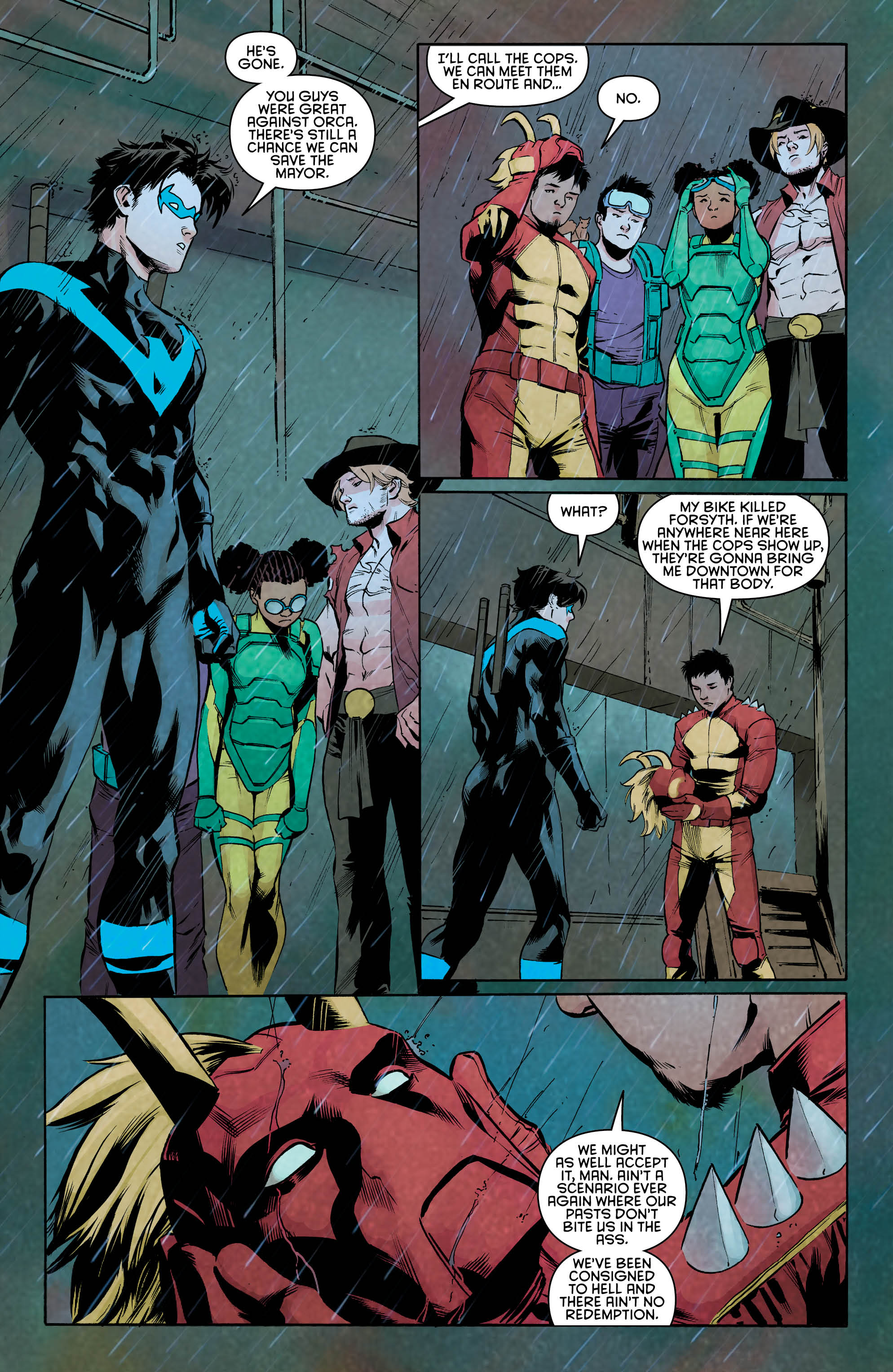 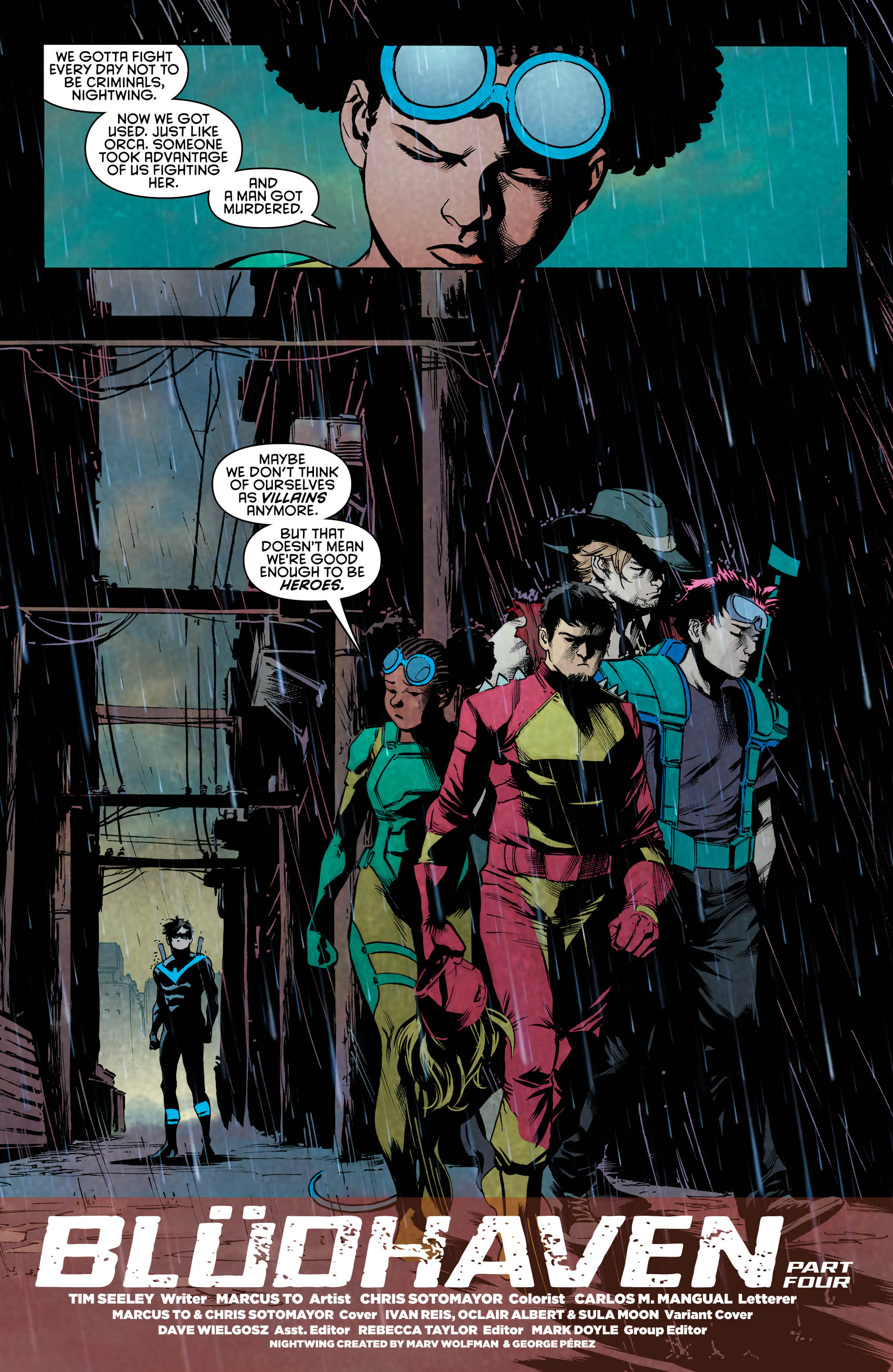 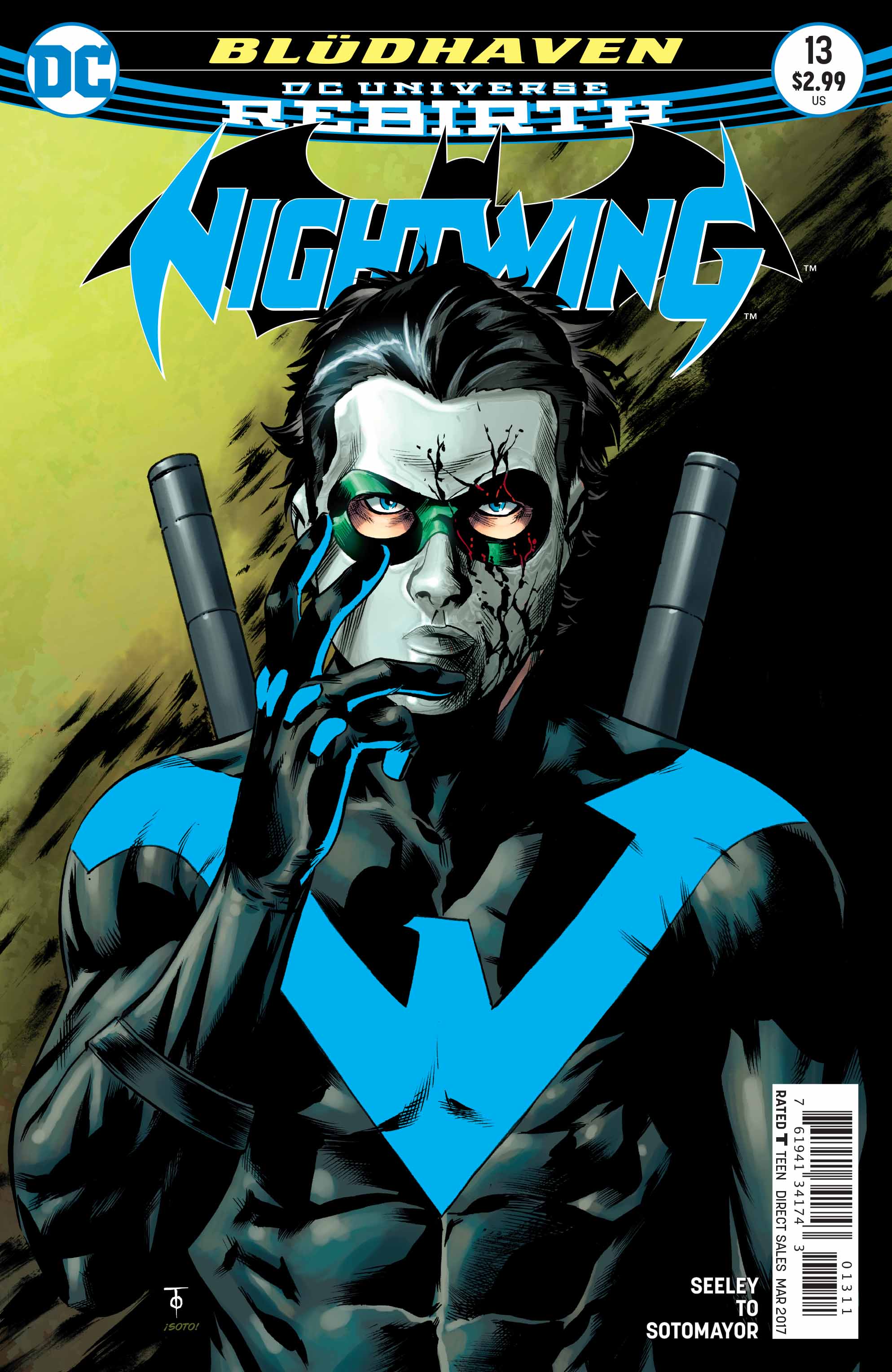 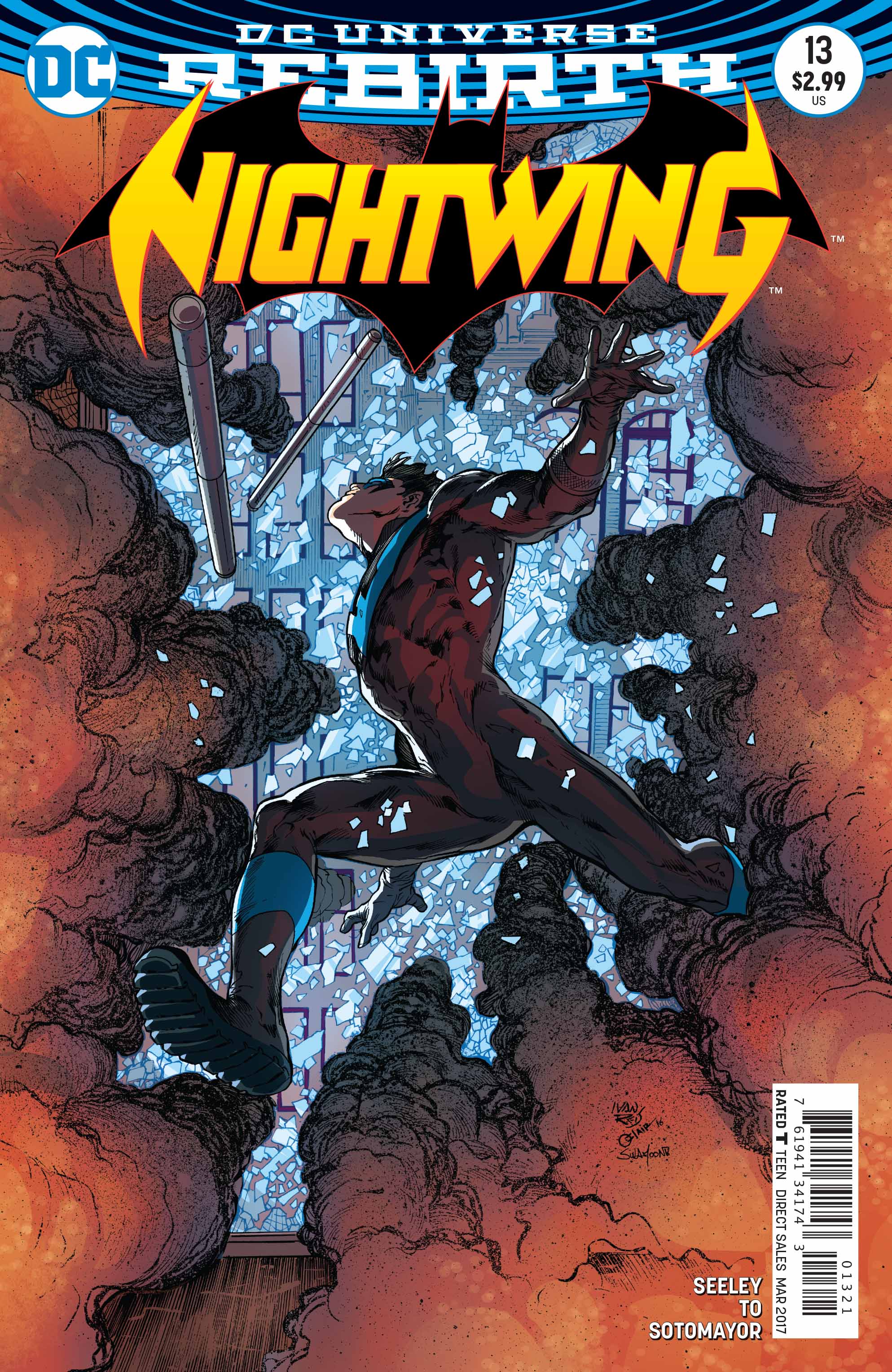 As always, the art from Marcus To was exceptional and consistent as hell. Seeing the night sky of Blüdhaven painted with a red hue was a nice change from the solid black we are used to seeing in Gotham. Special mention also goes to the cover art, which was done by To and Chris Sotomayor. It captures a really eerie side of this book that I really enjoyed, and after seeing what the book itself contains, it makes even more sense creatively. On the negative side of things, there really isn’t much to bring up. In the middle of the book, however, this is a single page of Dick running around Blüdhaven at night, however the pages directly before and after it are in broad daylight. This could mean the obvious – a day has passed. However this was really unclear and sort of took away from the immersion in a weird way. I also want to point out the misuse of the run-offs in this issue, however I do understand the desire Seeley had to make Dick fight Jimmy alone.

All in all, another absolutely solid issue from Seeley and To. I am loving this creative team, and with only one issue left in the “Blüdhaven” arc, I just know it is going to be a good one.