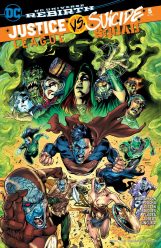 The battle rages on.

After last week’s cliffhanger issue, the Justice League continues its descent into villainy as the team continues to be controlled by Max Lord, more so Eclipso’s diamond. Mr. Lord goes to Washington with his now ultimate security guard, Superman, and is ready for world domination. Ultimately, his all-powerful weapon gets the better of him, setting us up for an exciting finale.

Writing reviews for Justice League vs. Suicide Squad has gotten difficult. Each week, I’m trying to figure out new ways to send the same message: this book is awesome. With such a wonderful buildup in 5 issues, only Scott Snyder’s All Star Batman can compare to this glorious book, unless it sticks the landing. Then, it’ll be my favorite story thus far in DC’s “Rebirth” era.

If you’ve been reading Dark Knight News’ reviews on the book, then everything I’m about to say will just be a rehash. Joshua Williamson has crafted a perfect story, perfectly honoring every character, with a perfect amount of story mixed with a (you guessed it) perfect blend of action. It’s exciting, fun, and true to its characters. Williamson knocks everything out of the park. 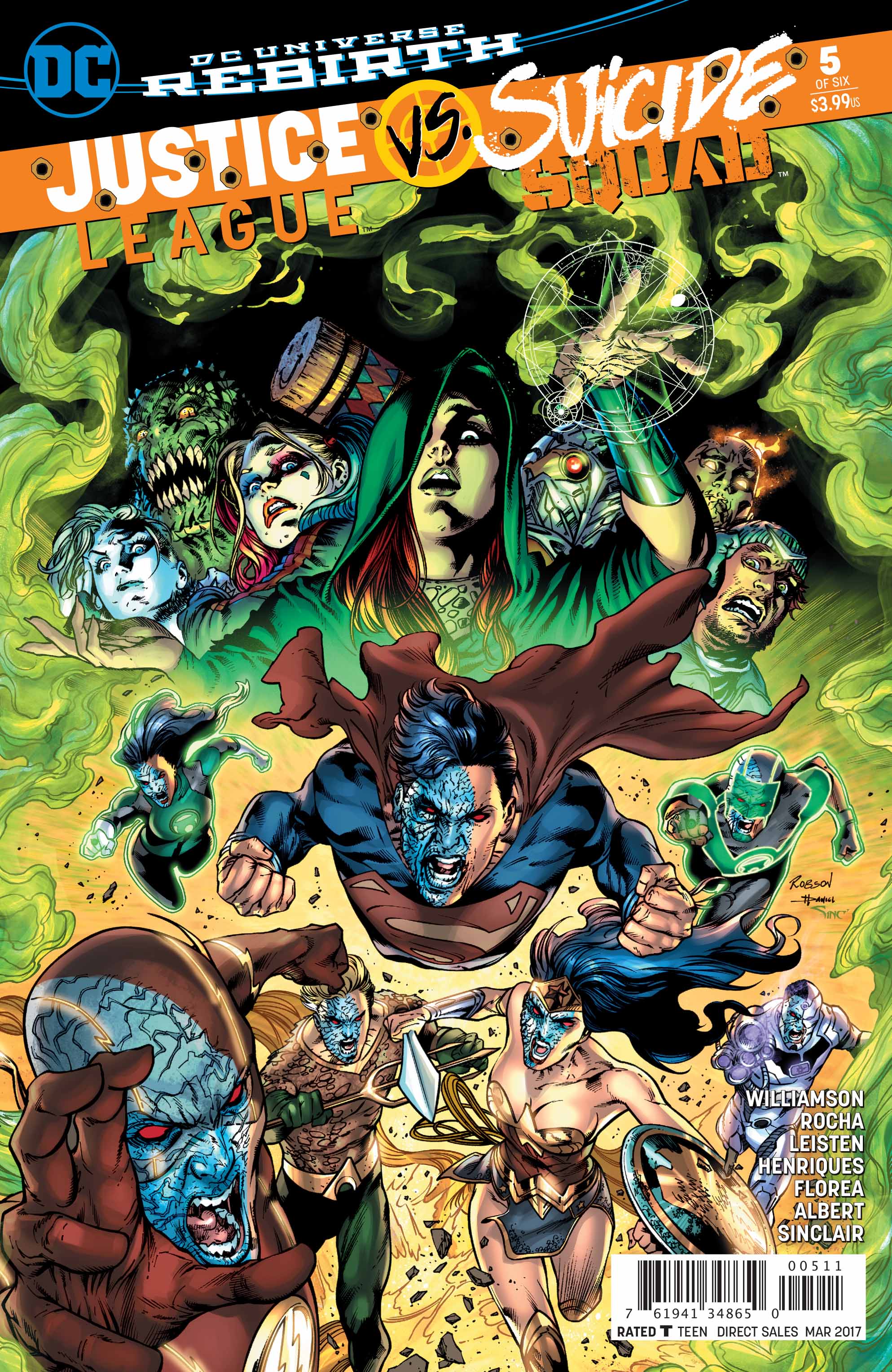 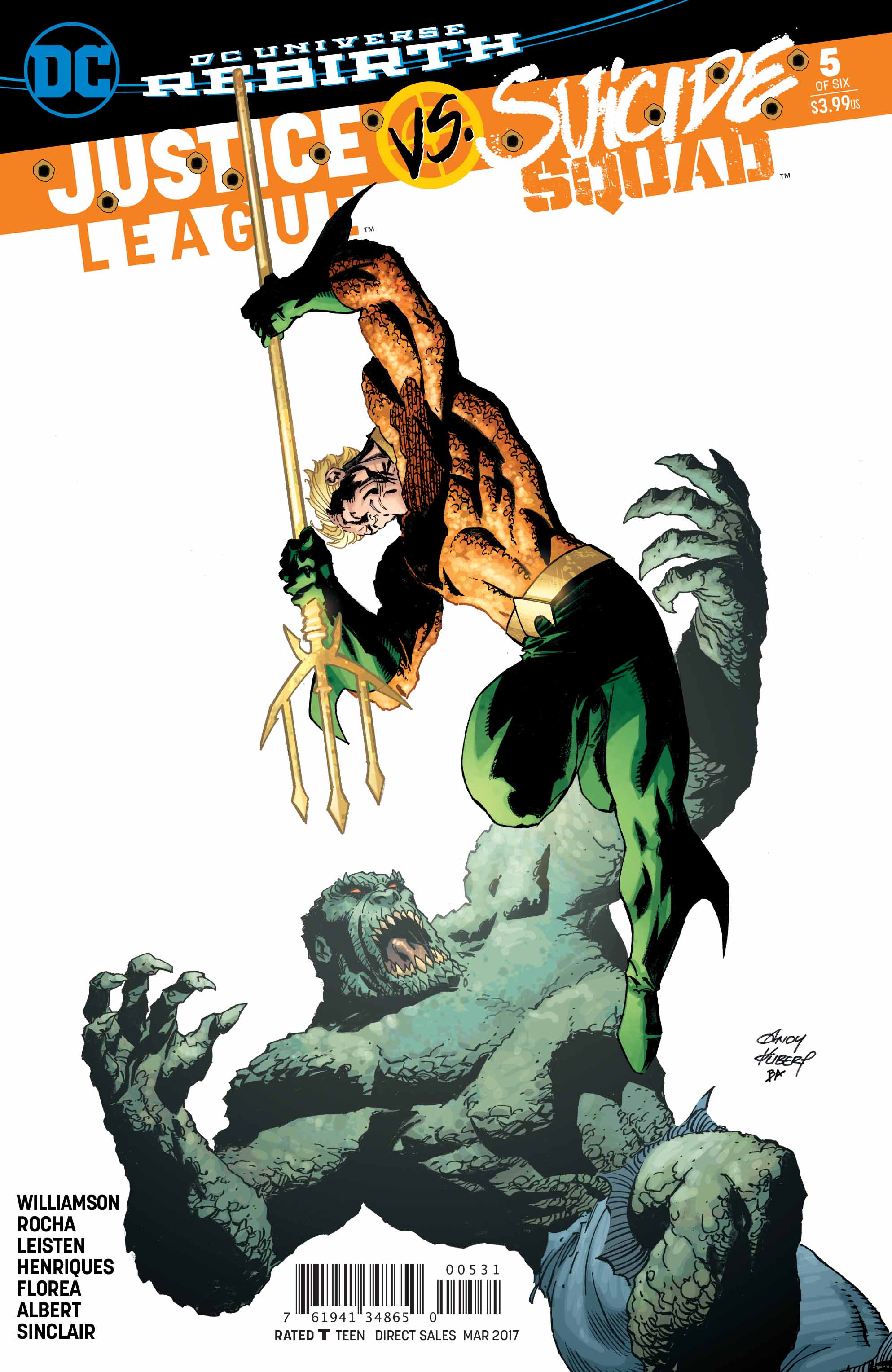 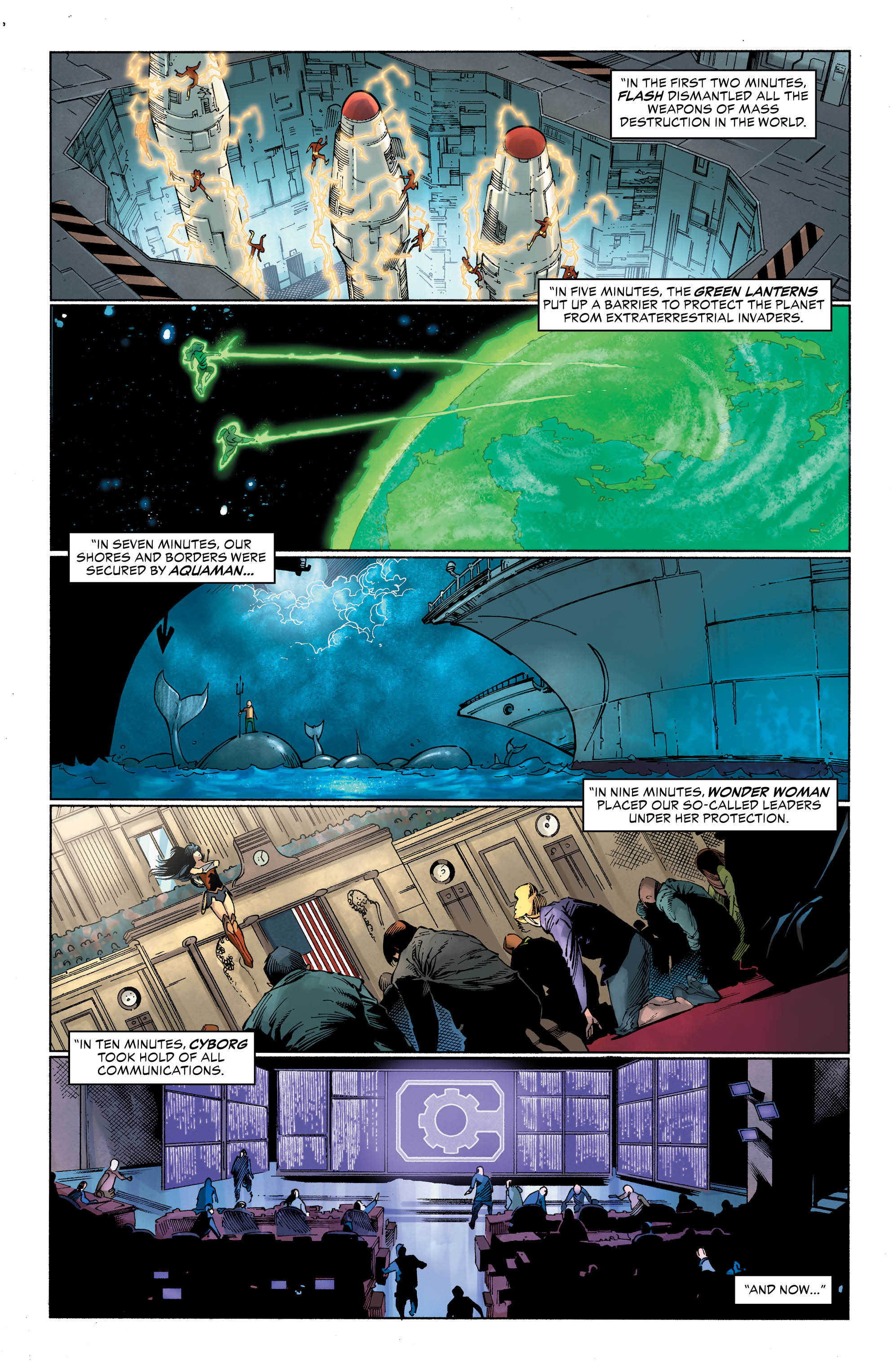 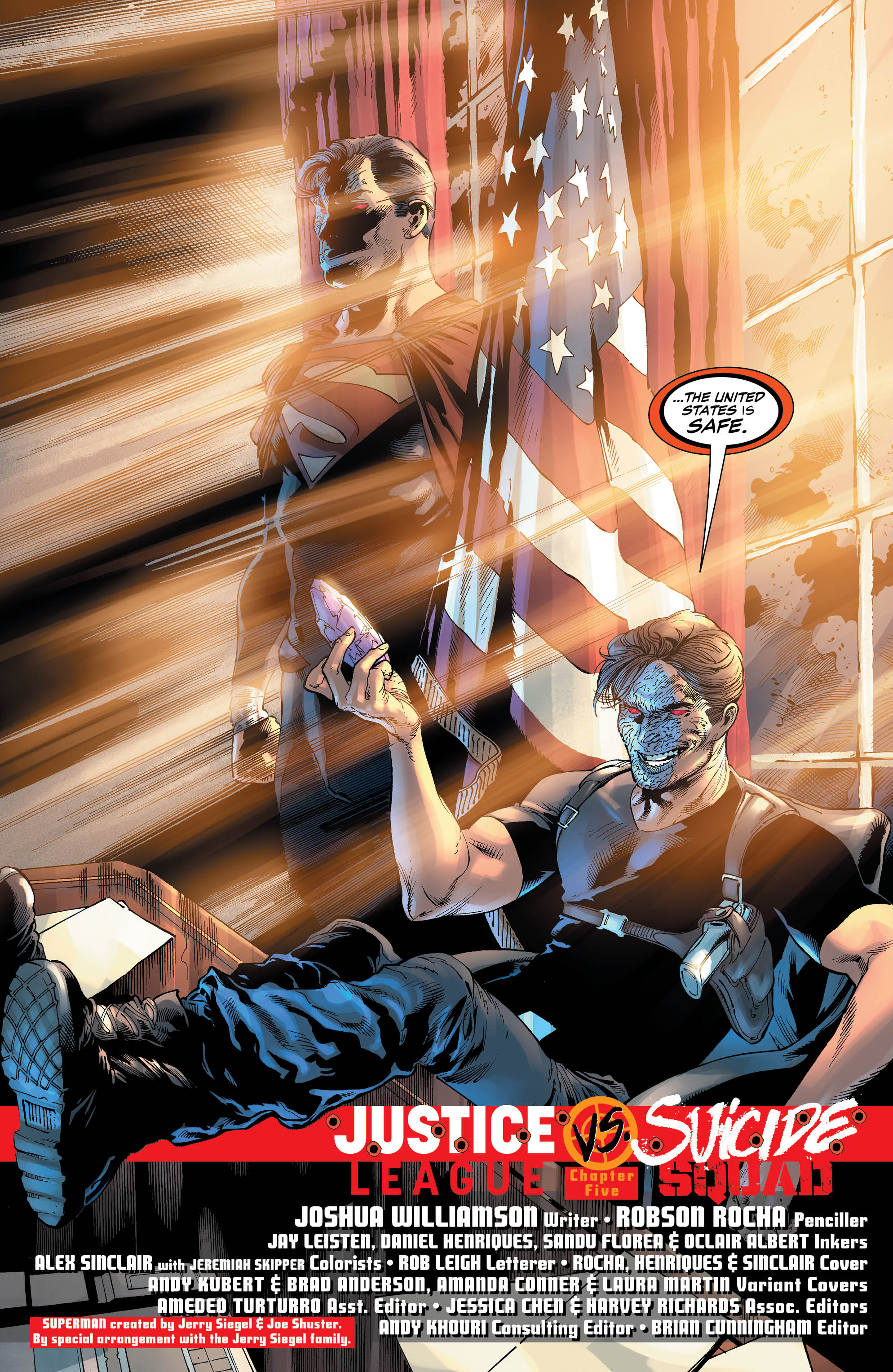 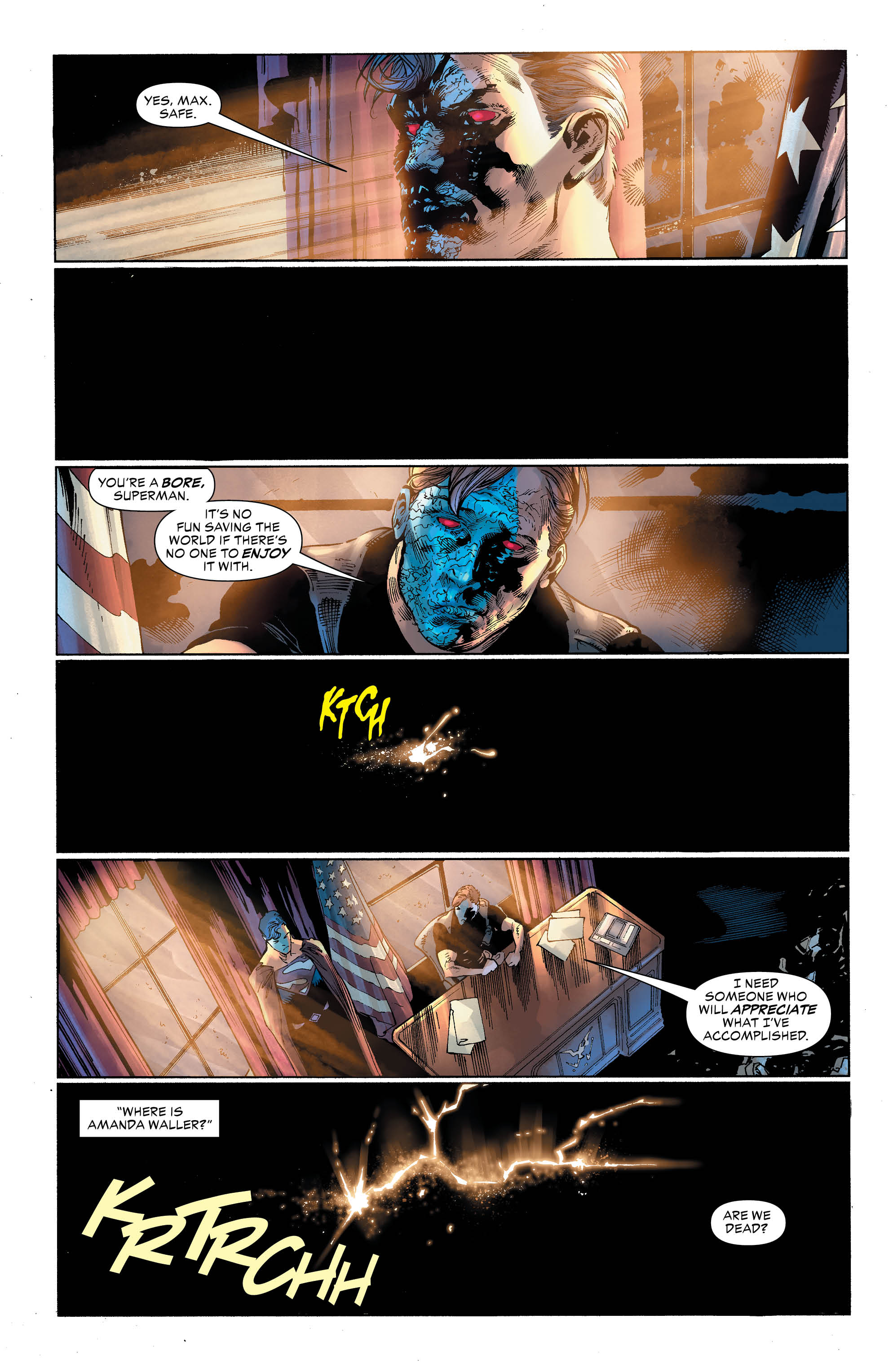 As for the art, we’ve seen a revolving door of artists on this book. For issue #5 we get Robson Rocha and he doesn’t disappoint. Like the artists before him, they all fit together nicely for the story, yet still have their own distinct style. I haven’t seen Rocha’s work before but now he’s on my radar.

Justice League vs. Suicide Squad continues to be DC’s most reliable and exciting book. The pressure is on to stick the landing next week but given this title’s track record, there’s nothing to worry about.