With the DC Extended Universe well under way, many fans have been wondering if and when the inclusion of Green Lantern would take place.  No matter who is wearing the emerald ring, he is usually a founding, and important member of the JLA.

So far, we have no word whether or not GL will be making an appearance later this year in Justice League.  The promotional material so far certainly hints he will not be included.  The only thing Warner Bros has given us is a tentative year of 2020 for a Green Lantern Corps movie.  That is, until now.

WB announced that David Goyer will be writing the script, along with Justin Rhodes, for Green Lantern Corps.  Goyer and his Phantom Four will be producing the film, along with DC heads Geoff Johns and Jon Berg serving as executive producers.  The film will be rumored to focus on John Stewart and Hal Jordan, and was described as Lethal Weapon in space.

David Goyer is no stranger to DC films, having helped with the writing of The Dark Knight Trilogy, and even wrote the screenplay for Batman Begins.  His work has also carried over in to the DCEU, as the writer for Man of Steel and Batman v Superman.

Currently, it is unclear if Warner Bros will be sticking with the 2020 timeframe for Green Lantern Corps, or if they plan on moving it up.  There has also been no word on casting for Hal Jordan or John Stewart, but fans should not expect Ryan Reynolds to reprise his role from 2011’s Green Lantern. 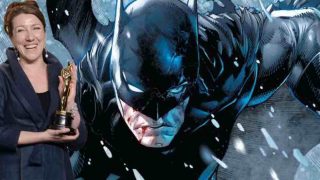 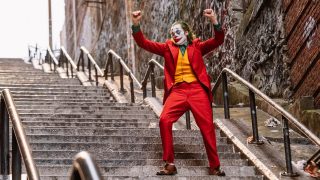