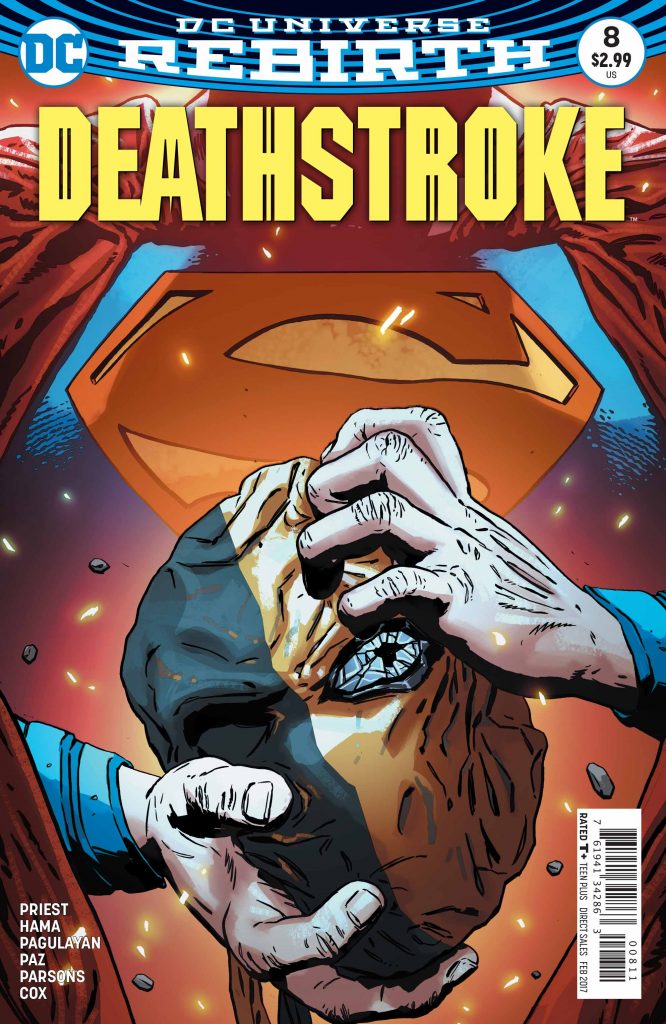 The conclusion of “The Professional” is finally here – and it’s a good one! We finally get to see the fight that this arc has been leading up to – Slade vs. Superman. Most of this issue is devoted to the title fight, however there are cutaways to interactions between Rose and Étienne which are there to tie up loose ends and set up the next story arc.

This was definitely the fight we had all been waiting for. The clever use of strategy from Slade in this battle really cemented his title as the world’s greatest assassin. He showed off skills that proved he is a worthy adversary against anyone he fights. As final issues go, this one hit the nail on the head. The fact of the matter is that Slade was there to complete a hit and Superman was there to stop him. Throughout the entire fight, the theme of justice ran strong, something that has appeared frequently throughout this series, so to see it all come to a head here in the final fight really book-ended everything that has happened so far.

The Ikon suit Slade is using also came into play a lot here. It turned Superman’s punches back on himself and really gave Slade the upper hand for most of the battle. It also features an AI which was talking to Slade throughout and features the voice likeness of Billy Wintergreen, which was a nice addition. The writing from Priest during this fight was at its peak for the series; Slade’s taunts were so much fun to read and gave the fight a perfect level of perspective, showing us the mentality of Slade vs the mentality of Superman. As I mentioned during my review for the last issue, the art from Pagulayan is still as amazing as ever. No complaints here on that end. 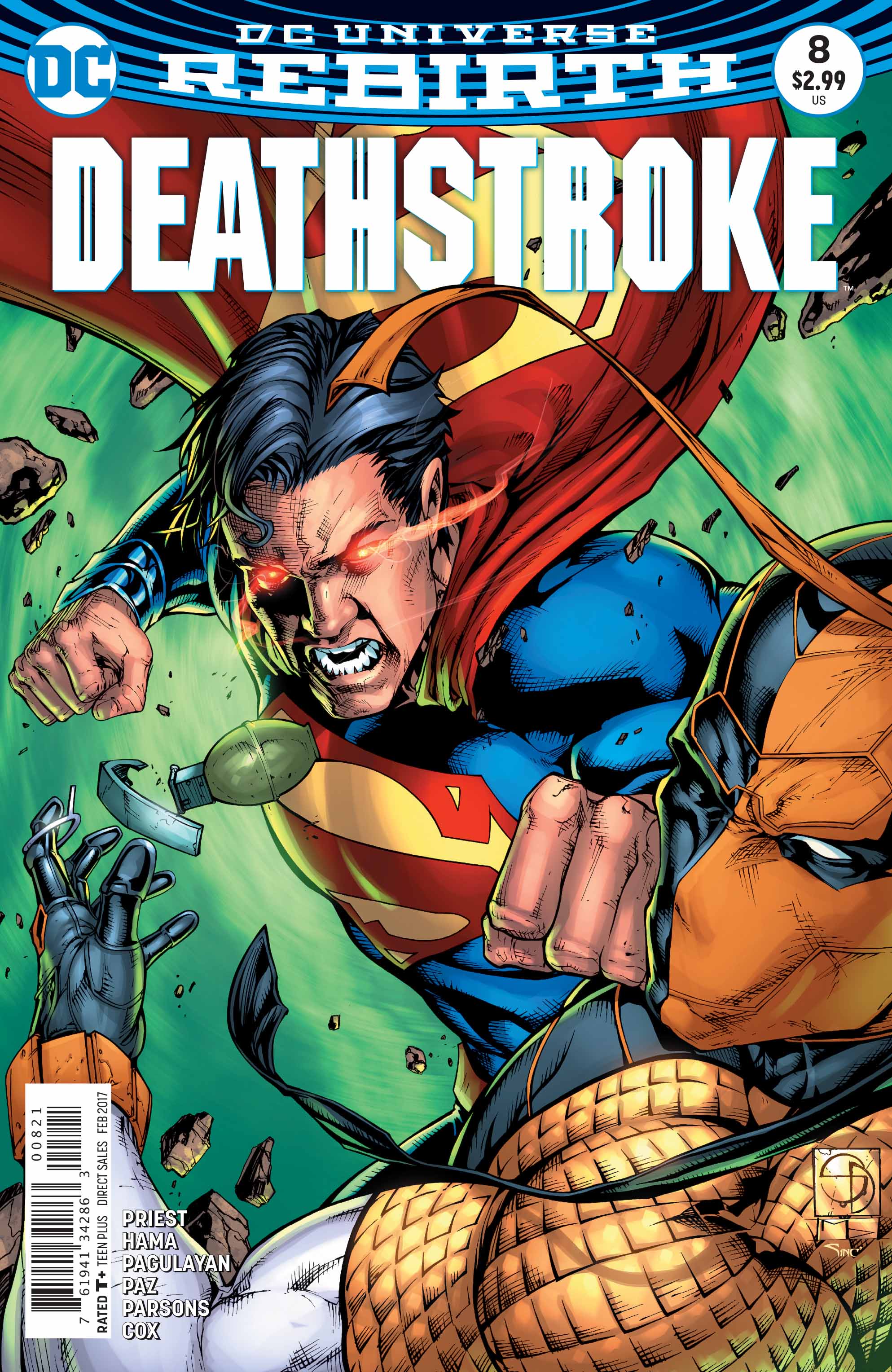 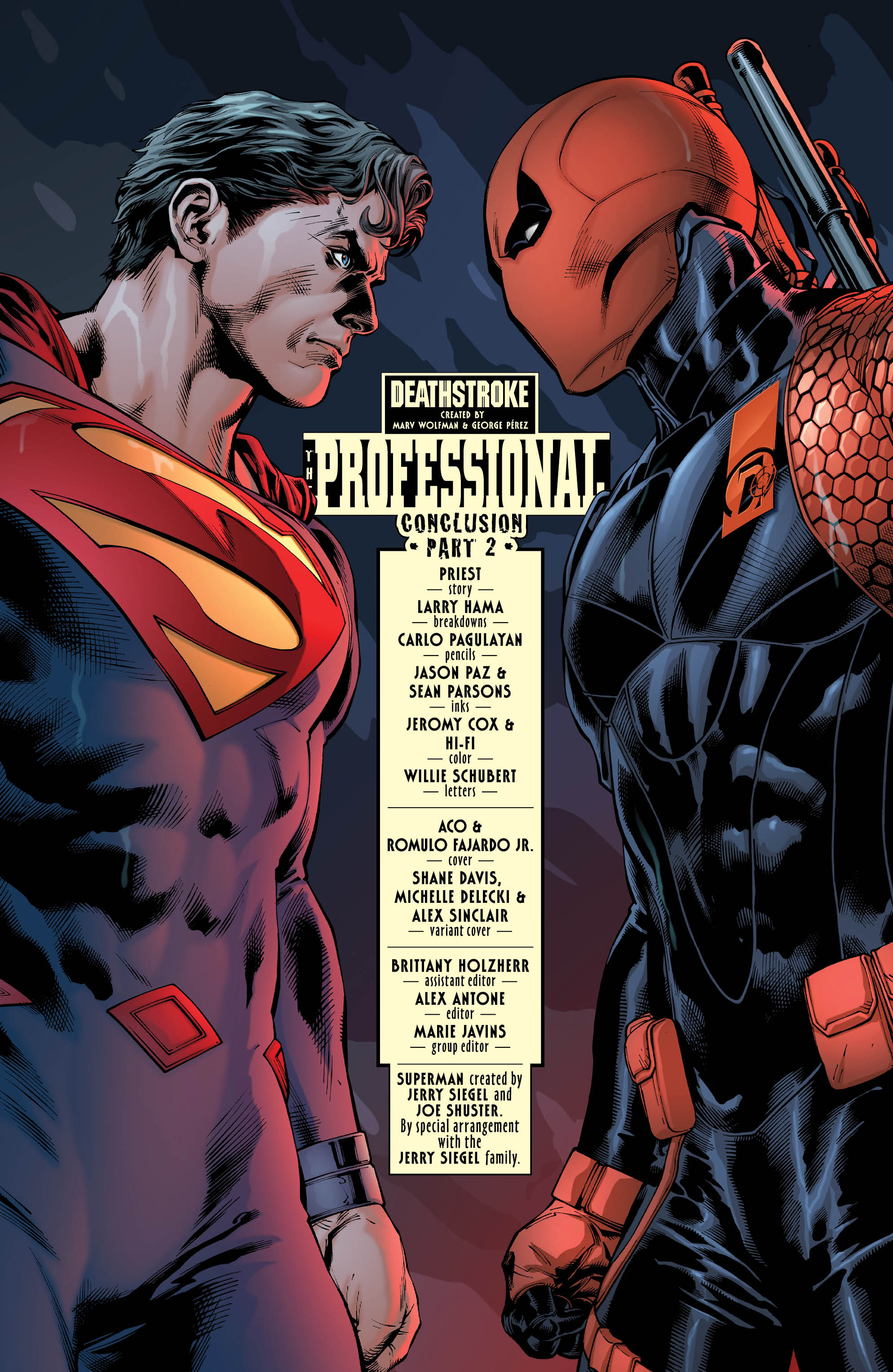 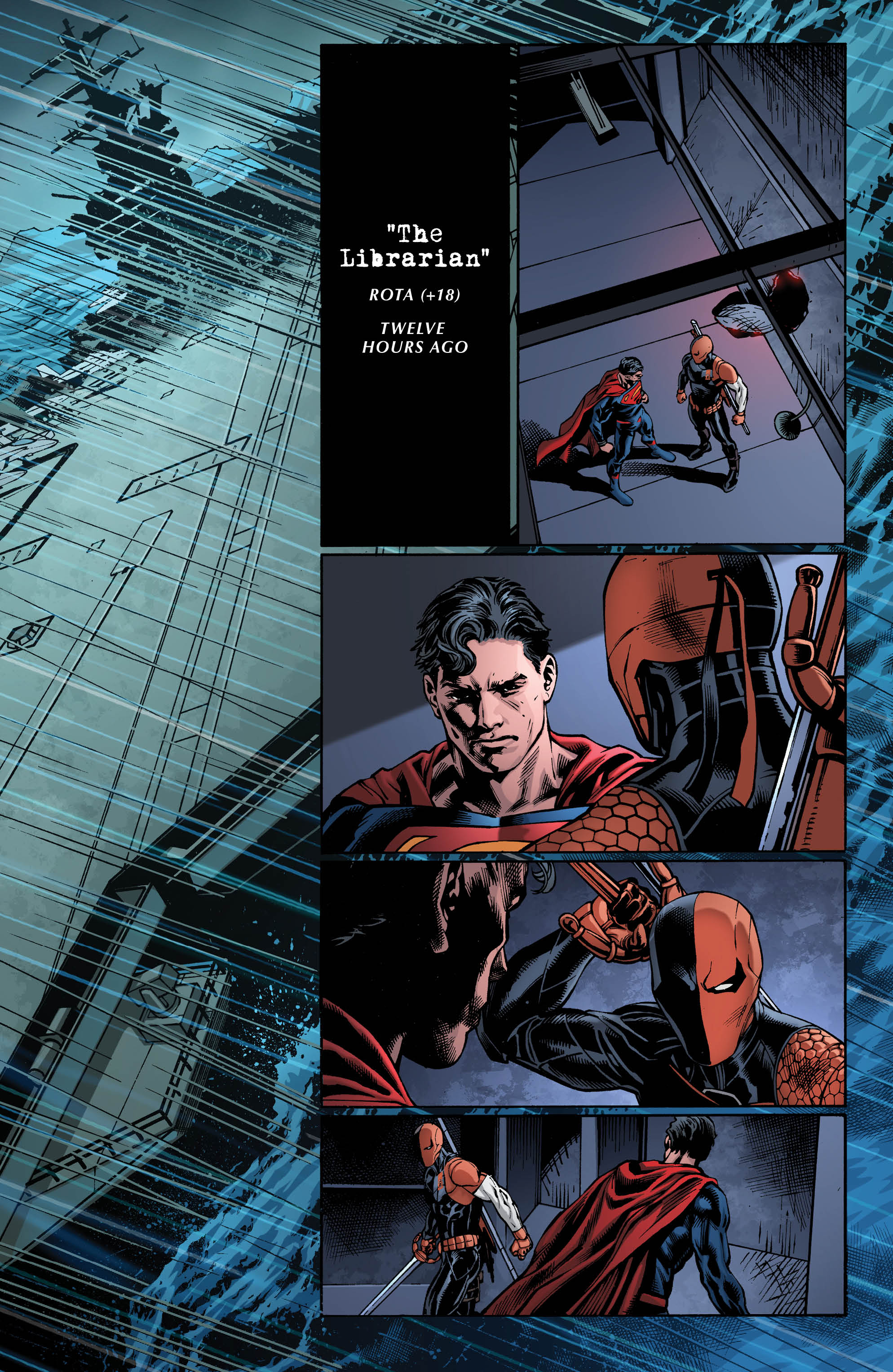 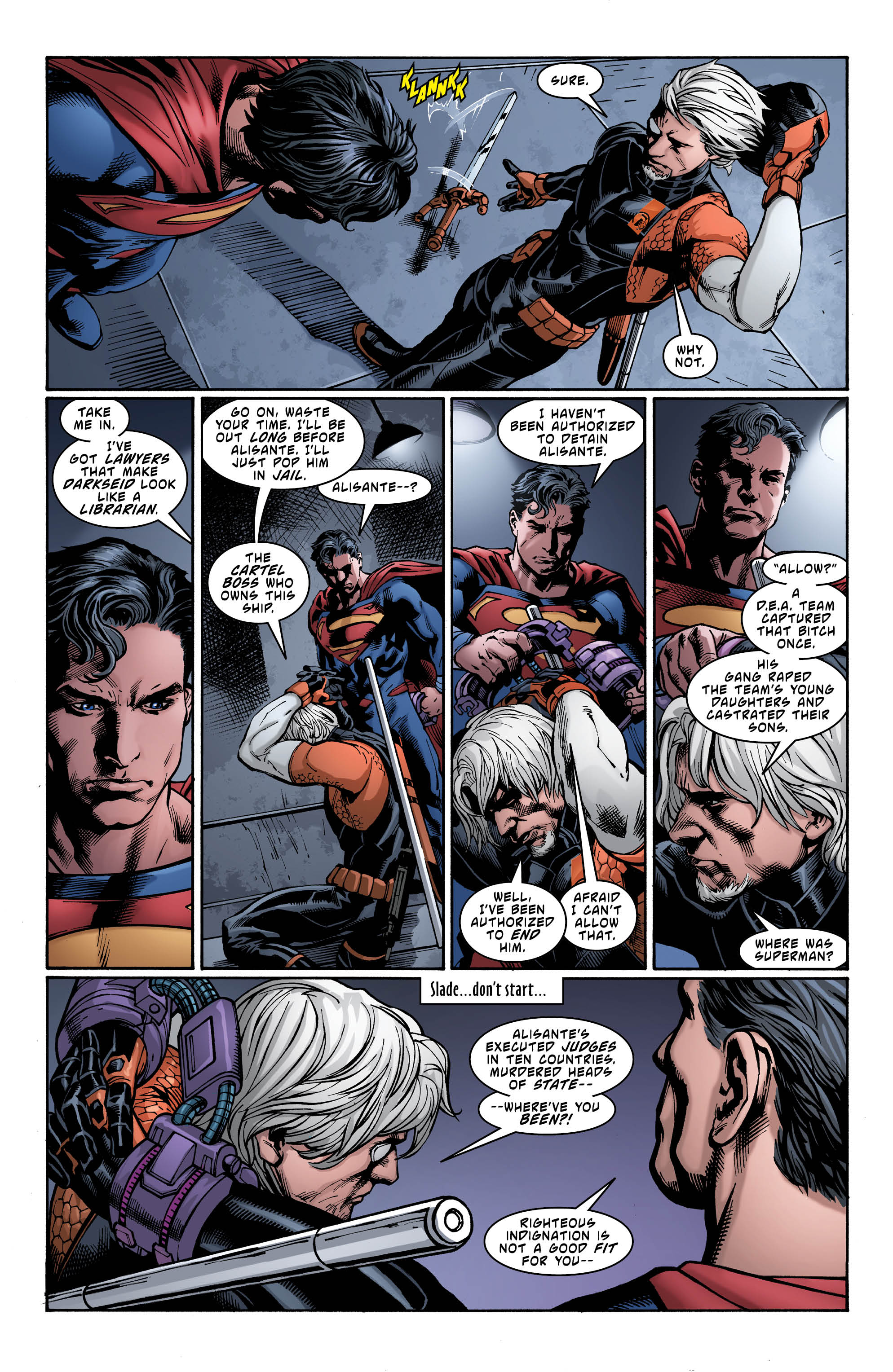 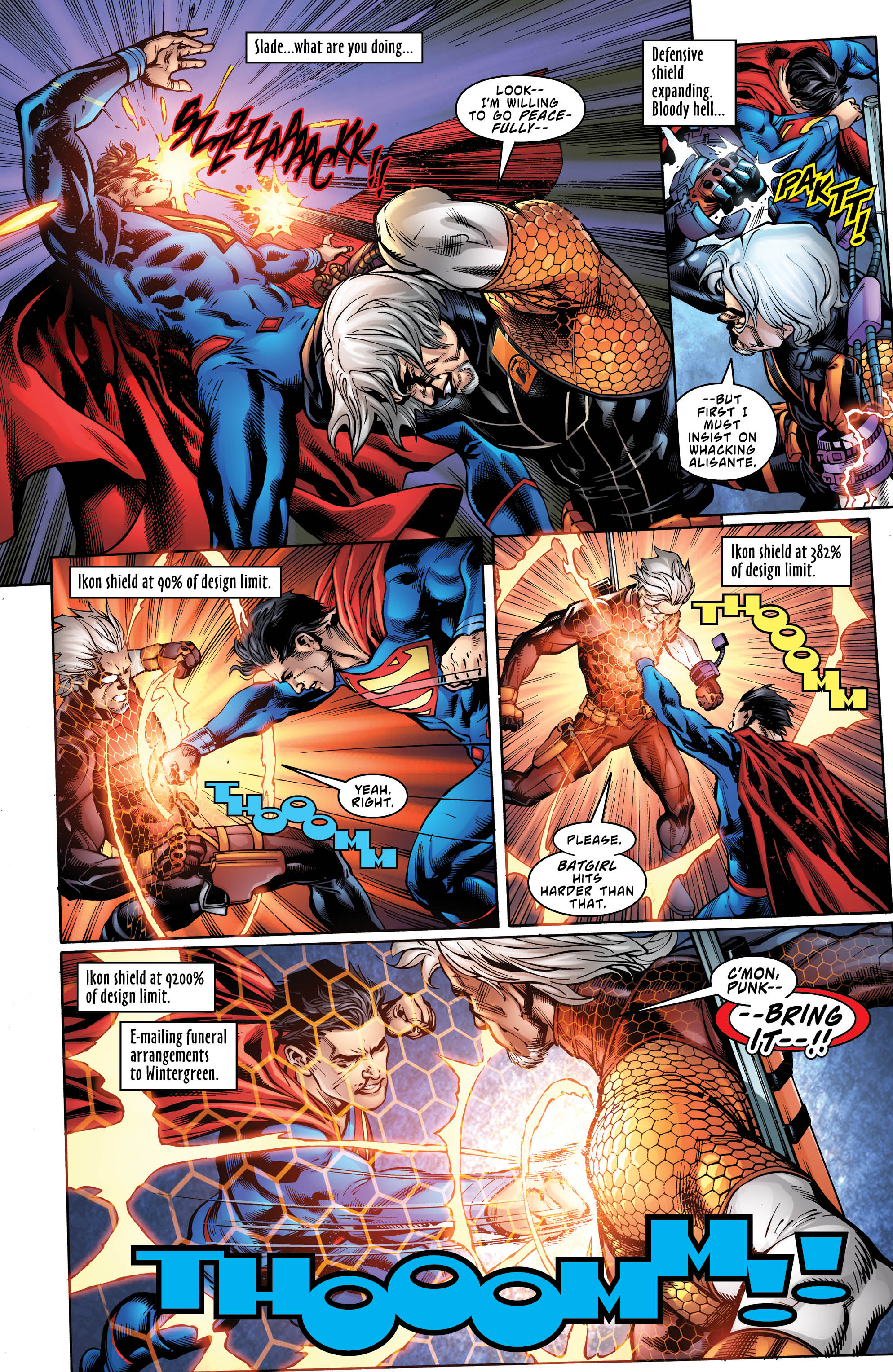 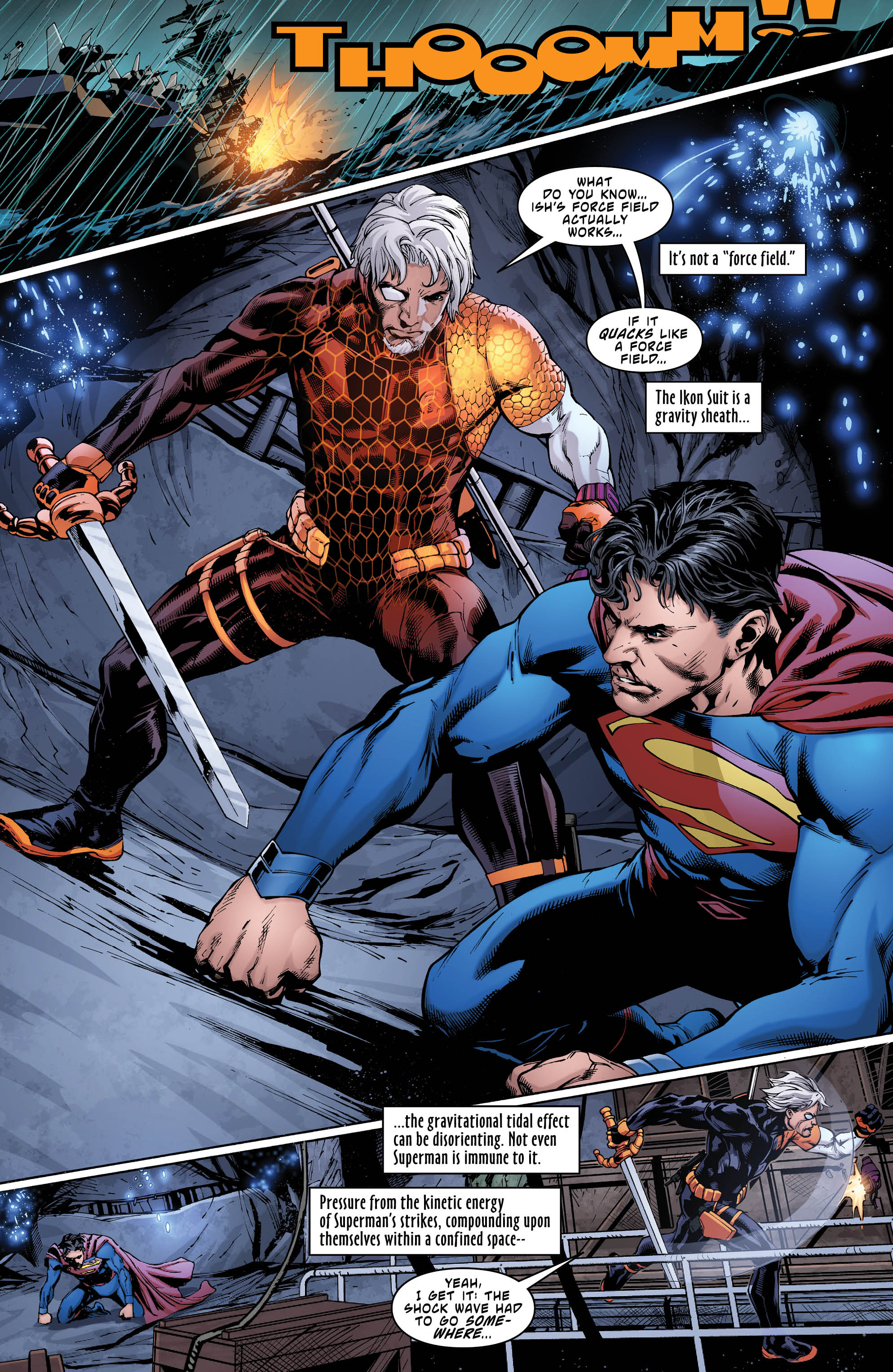 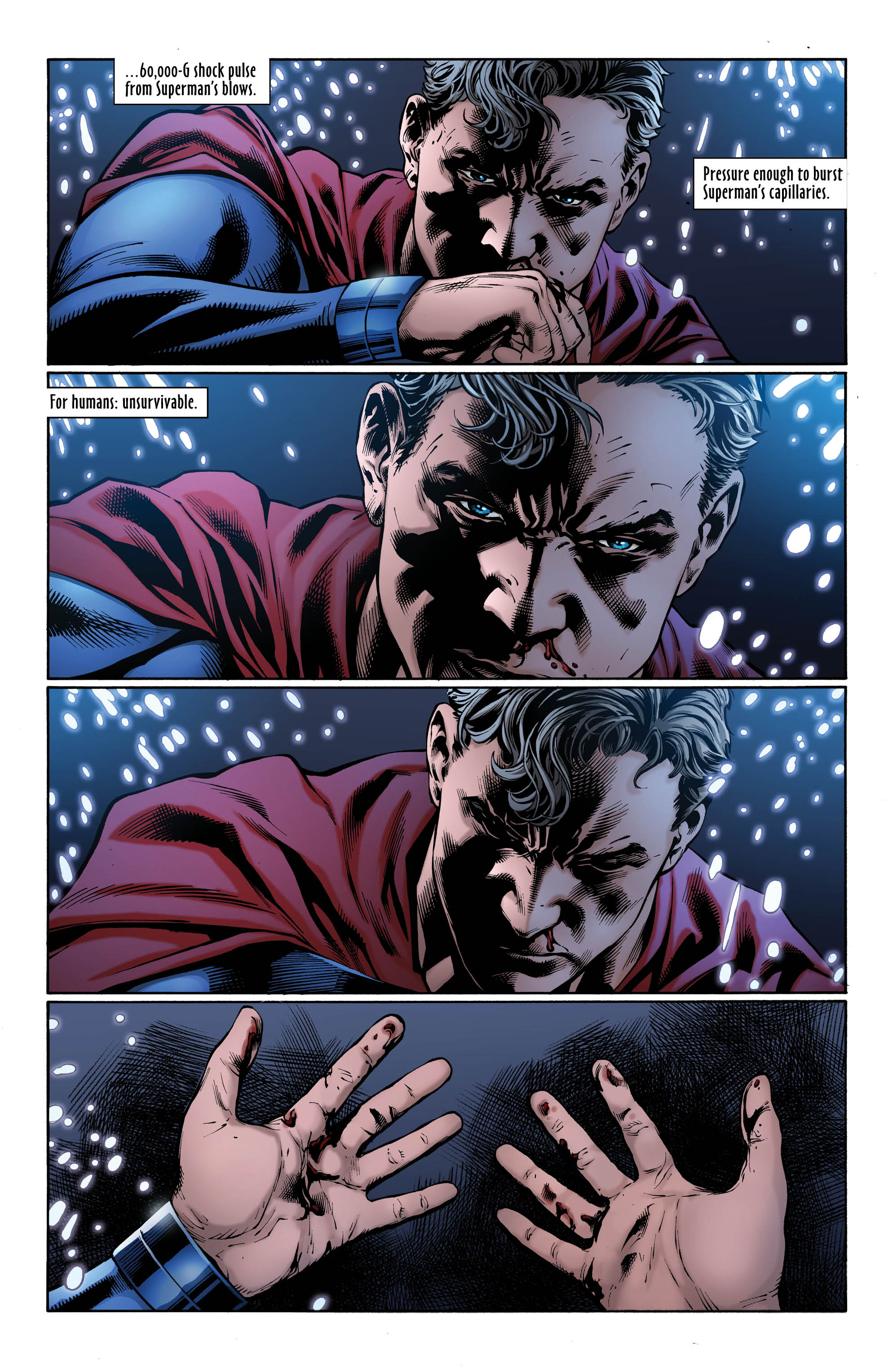 The sub-plot continues this issue as we see Rose confront Jericho’s fiancee Étienne. During this, it is revealed that Étienne is actually a member of H.I.V.E – the organization responsible for killing Rose’s brother (and Slade’s son) Grant. The more I read of Rose, the more I want a solo series. She has climbed up the ranks during this series as one of my favorite characters across any Rebirth title right now. The characterization and the way that Priest writes her is definitely a stand-out of this book and if DC ever decided to give Rose her own series, I would be the first in line.

“The Professional” was an interesting arc to say the least. It provided a deeper look into the human side of Slade, but was at times hard to follow and a little confusing. That being said, this final issue delivered on the promise that Priest has been teasing since issue one and I am very excited to see what the future holds for Slade, Rose and Jericho as this series continues.

Batfleck is Still Working on the Script to Make His Batman “Worth It,” Alfred will be Busier