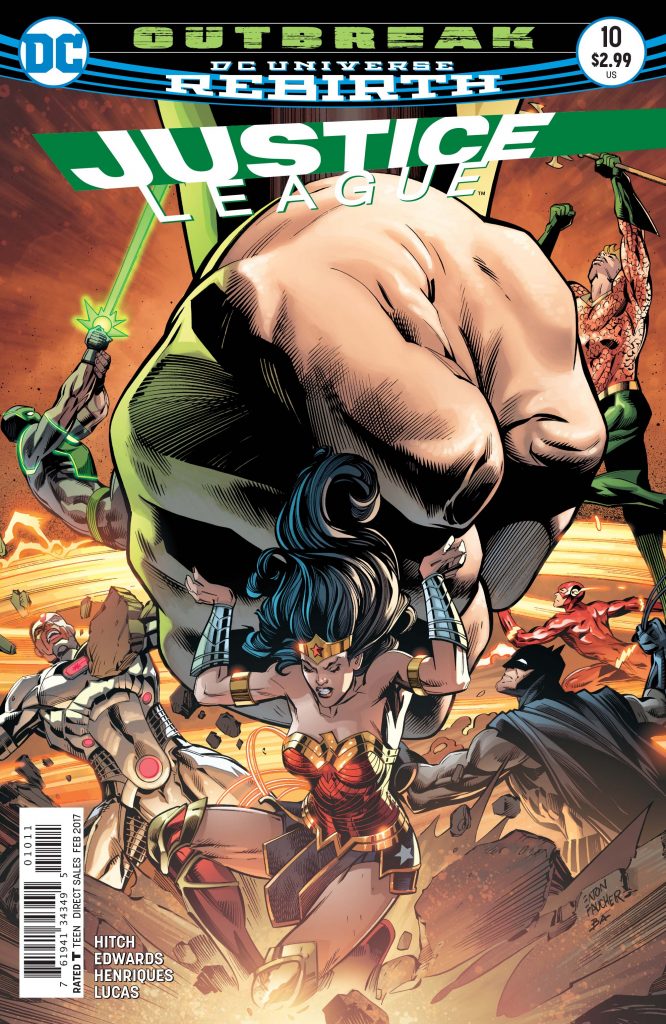 The JL have tracked down the origin point for a virus that’s been attacking them during this arc. The evidence points to James Palmer, a widower, his wife having died in recent superhero fisticuffs. He’s also an ex-hacker, which gives him motive and means and therefore, makes him a prime suspect to our heroes. Why the entire League needs to go see him does seem a bit odd, but perhaps they’re just really worried about Mr. Mom and his fancy computer savvyness? 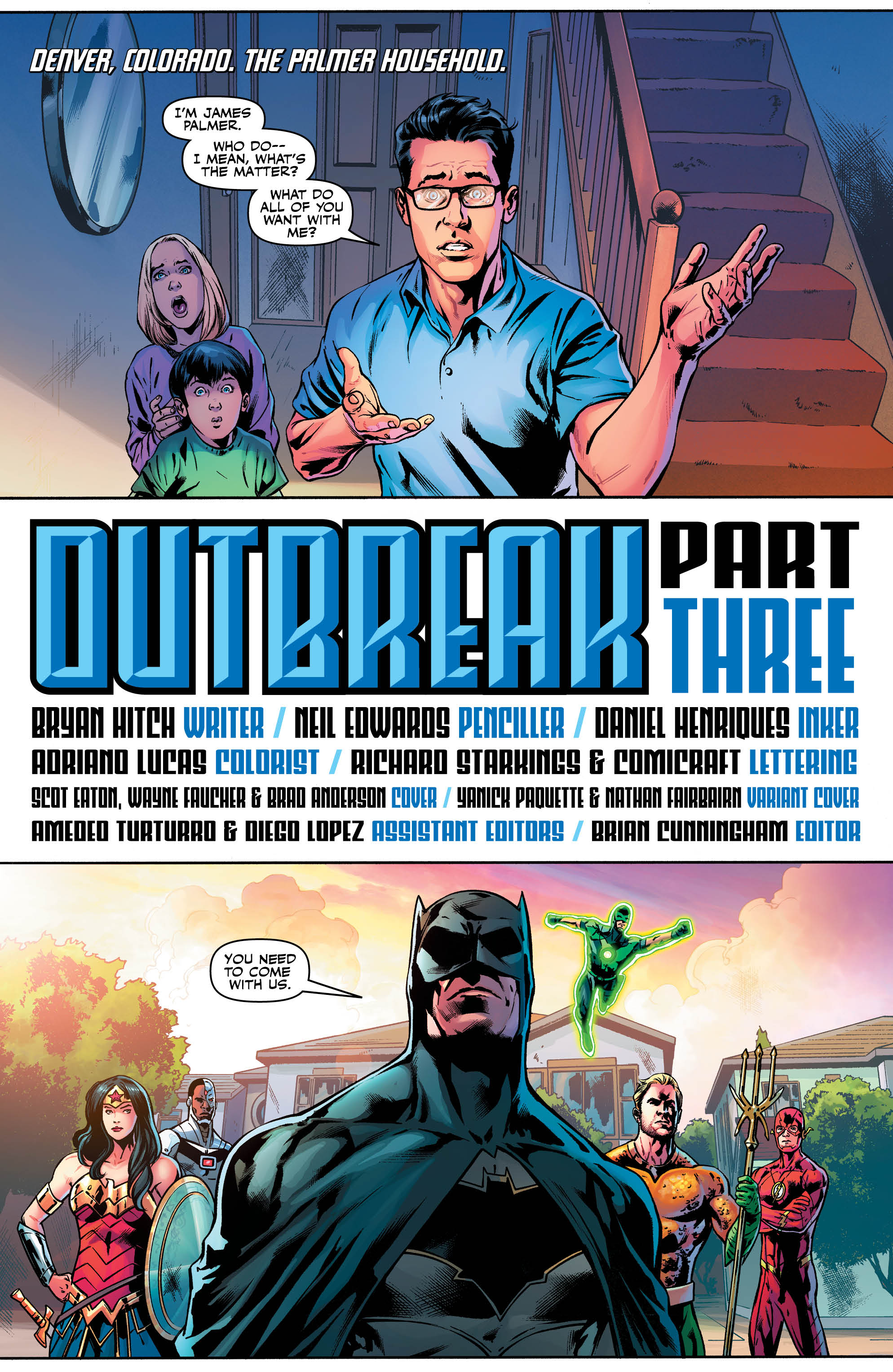 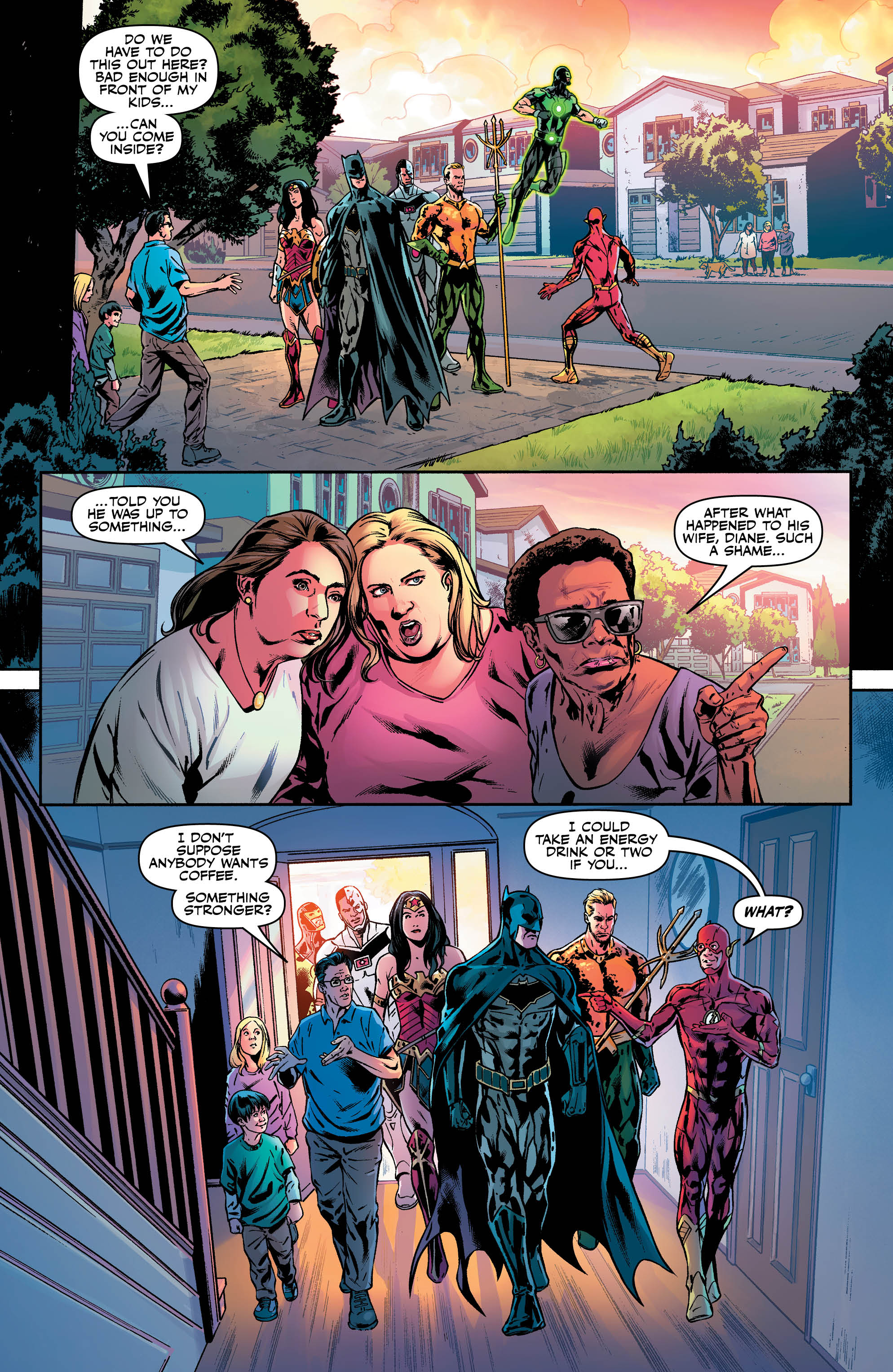 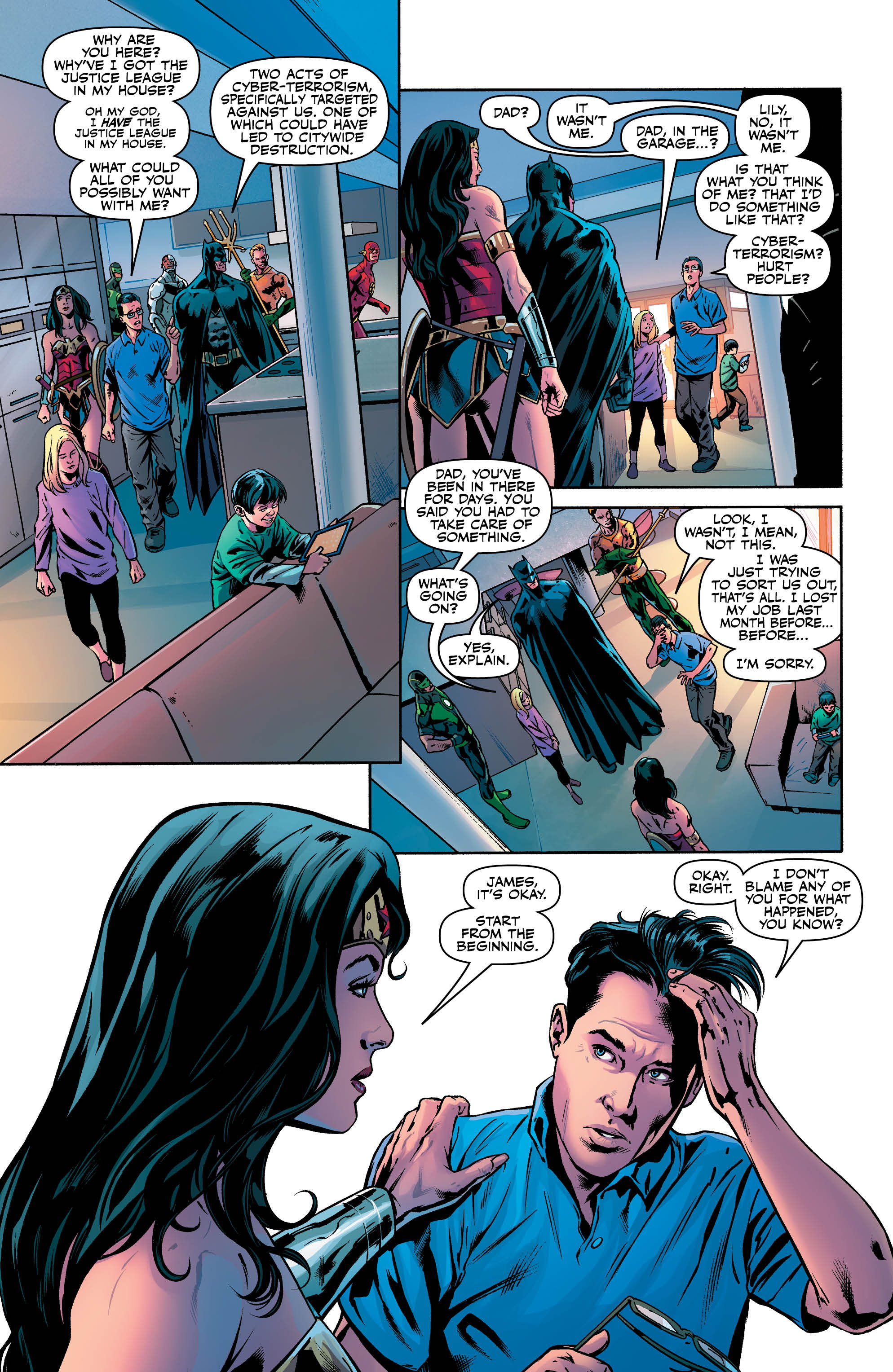 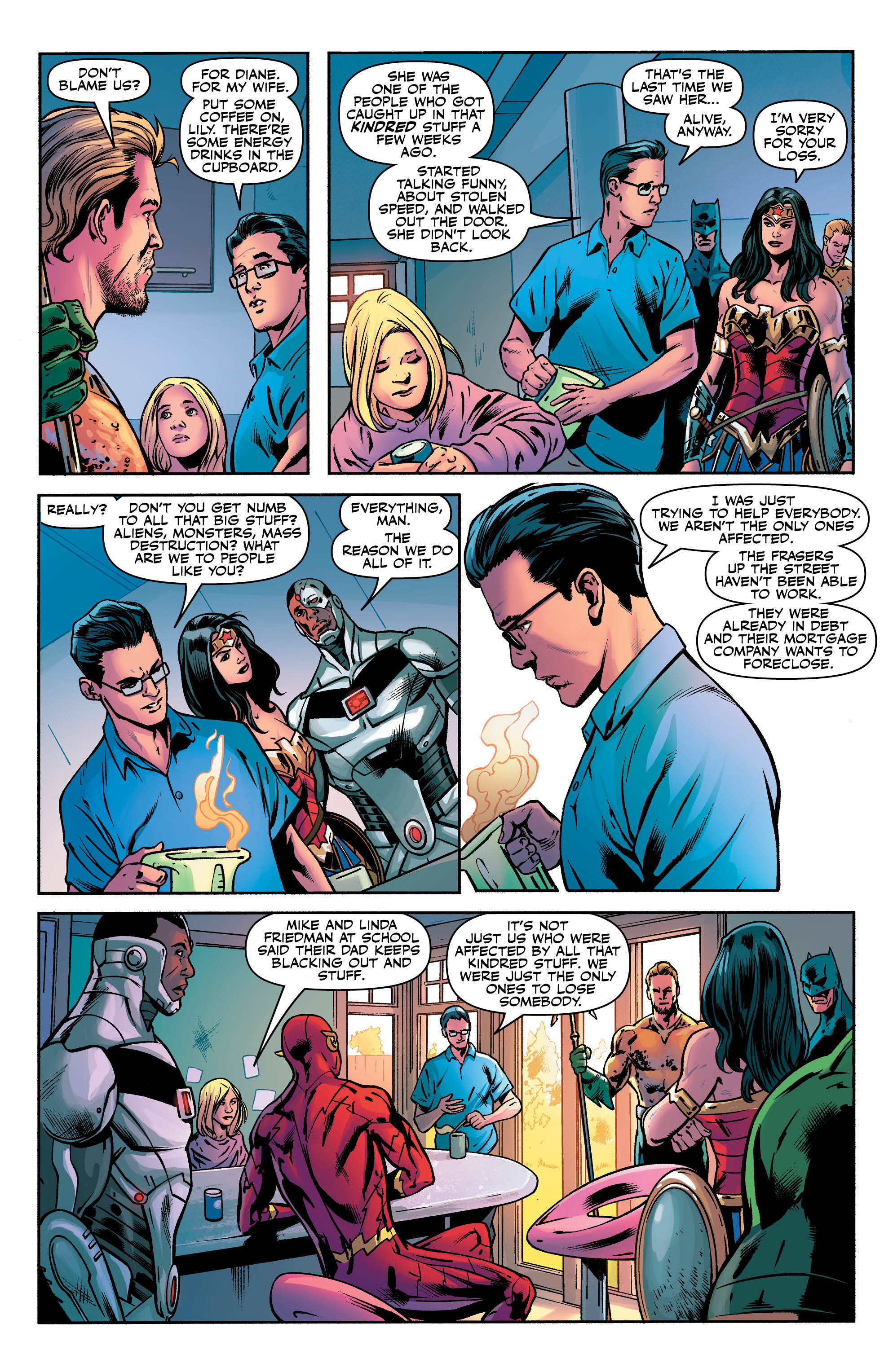 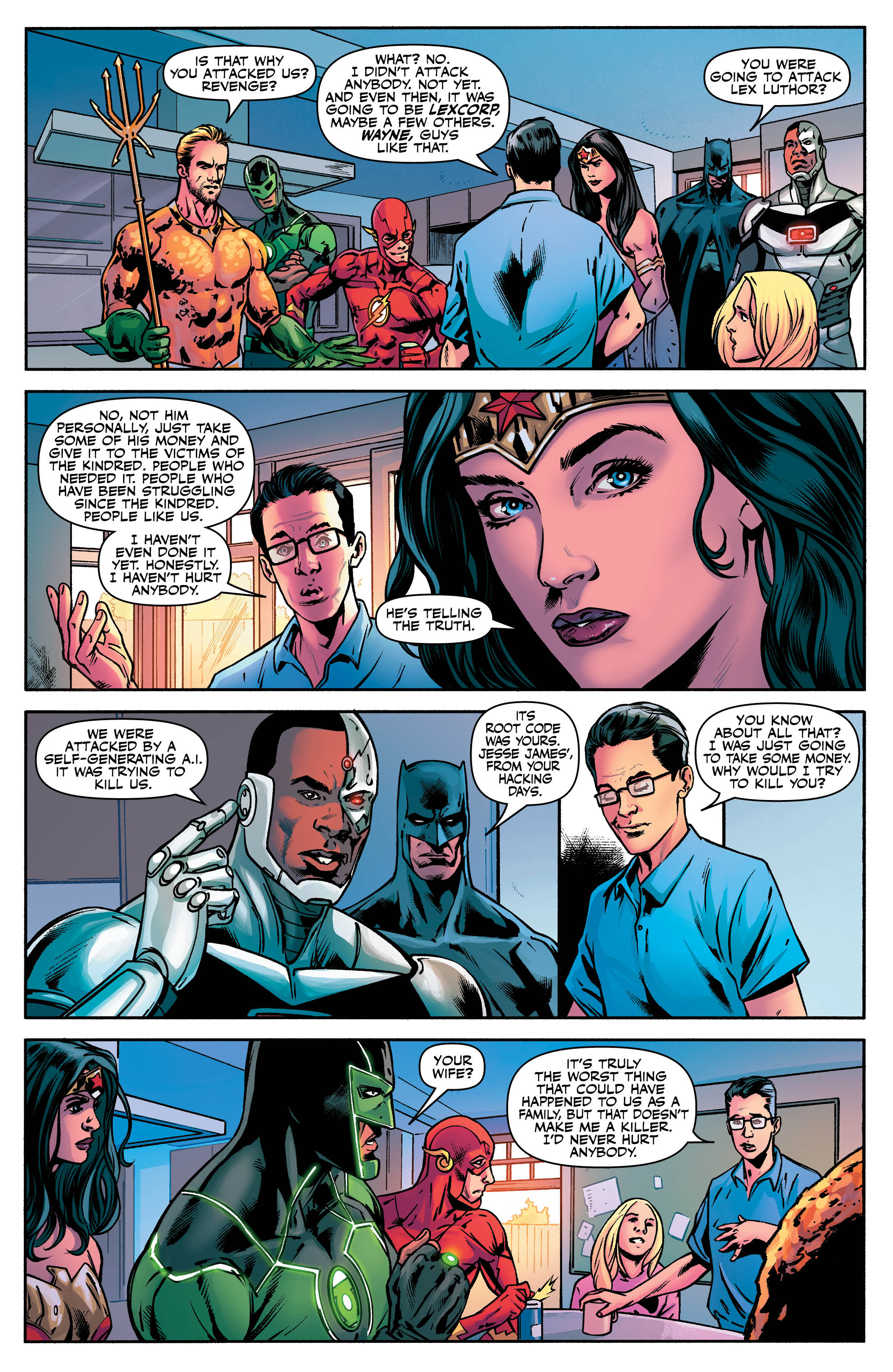 The rather accidental nature of the League’s current offender doesn’t ever go to comedically drawn out lengths, thankfully, though I can see how it would seem that way to others. The issue is also quite good at communicating what is going on, even if you’ve not kept up with the story so far. In addition, one can see how Palmer’s stratagem to sort of strike back at the multitudinous billionaires that seem to exist in the DC universe is a bit of how people feel now about extreme wealth. But Mr. Palmer isn’t shown as an overly judgemental sort, he is still a considerate well-rounded person. It’s nice to see Bryan Hitch deal with the consequences of the Justice League’s battle, but not in an overpoweringly dour fashion.

The artwork looks rather similar to Hitch’s own when he was doing JLA sometime back. It was nothing too extraordinary, but it does capture the human element of a father and his children fairly well. Also, Wonder Woman has some good moments, showing compassion and understanding in the story to Mr. Palmer and his kids., which is always pleasant to read. Too often Diana’s warrior aspect is played up to the detriment of her care and concern for all. A number of the villains who show up towards the end will test your knowledge as well, as I’d never heard of a few of them. And the last page intro of a certain android adversary does whet the appetite for the next issue quite nicely.

Overall, this was a decent issue. It’s still setting up for what feels like something major and earth-shattering. Right now, the big moments are just a fight in suburbia and an interrogation on children. (I stress again, the entire Justice League showed up to this interrogation.) The art is adequate, but doesn’t impress. However, it doesn’t seem like Neil Edwards is tasked with much in this chapter just yet. It just feels like this arc is (hopefully) now picking up steam.